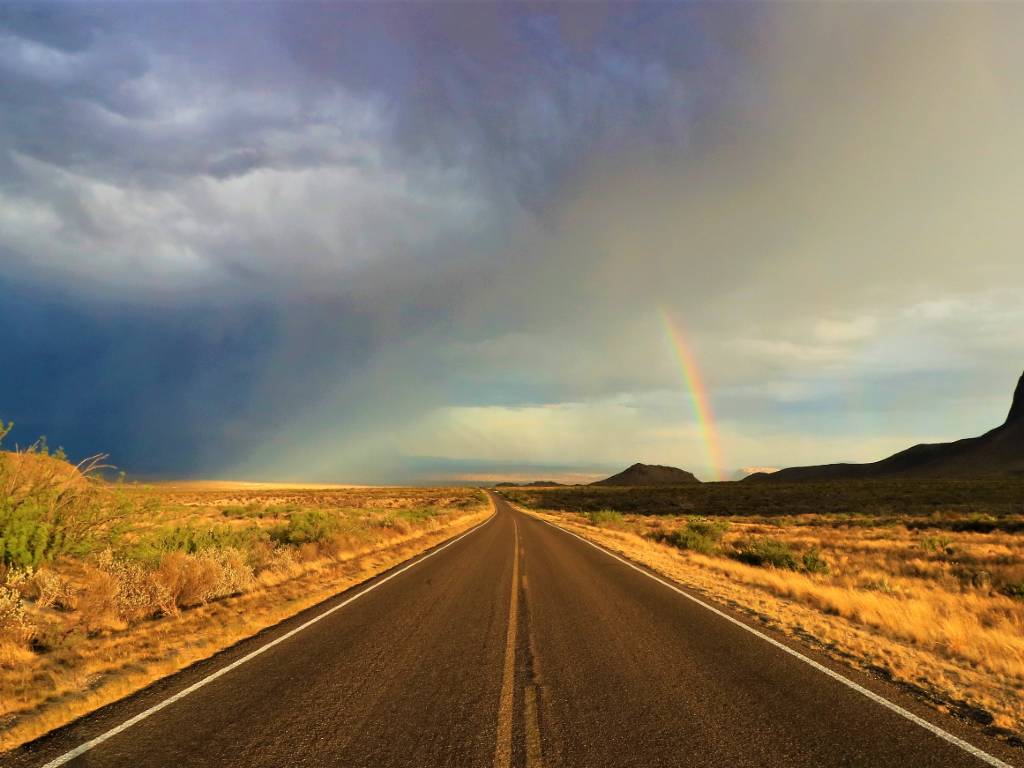 Ask a few Texans, and chances are you won’t find a strict consensus about what counts as the region of West Texas.

Some draw a line from Wichita Falls down to Abilene and then Del Rio to mark the west-east boundary of the state. Others go by a map of where oak tree growth stops to find where West Texas begins. Then, there are those who exclude the northern Panhandle entirely and look at just what’s west of the Pecos River. While the region’s exact borders might be up for debate, it <i>conservatively</i> covers 30 counties, five major metro areas, and nearly 40,000 square miles—about the size of Indiana.

There’s no question that the expansive area offers a unique escape from the state’s bustling metropolises. In West Texas, you’ll find beautiful, diverse landscapes from the peaks of the Guadalupe Mountains to the white dunes of Monahans Sandhills State Park to the canyons of Big Bend National Park to the long stretches of desert road. Here, there’s a certain frontier spirit in the air, and history, myth, and modernity intertwine in ways that surprise and ignite the imagination.

One of West Texas’ most famous attractions also happens to be its biggest mystery: the Marfa Lights.

Since a young cowboy’s sighting in 1883, there have been reports of strange lights out on the southern horizon from the town of Marfa. To some, the lights appear as darting twinkles that split, merge, disappear, and reappear. Others witness glowing orbs of different colors.

Popular explanations for the lights include distant car headlights, atmospheric phenomena, nighttime campfires, ghosts, and, of course, UFOs. The fact is, nobody really knows and that irresistible mystery continues to intrigue people from around the world.

A small, simple viewing area along Highway 90 between Alpine and Marfa invites visitors to try and catch a glimpse of the strange lights that were once featured on an episode of Unsolved Mysteries.

West Texas might not be your first thought when it comes to top-notch contemporary art destinations in the country, but it certainly has earned its place on the list.

After moving to Marfa, famous artist Donald Judd founded The Chinati Foundation at the site of the former Fort D.A. Russell military base. Along with Judd’s own work, the collection also includes art by John Chamberlain, Dan Flavin, and other internationally renowned artists.

With additional museum spaces like Ballroom Marfa, the Judd Foundation, and the Ayn Foundation, and spots like the Instagram-famous Prada Marfa (an installation in the middle of the desert made to look like a designer boutique), there’s plenty here to delight art aficionados. Check out all the art galleries in Marfa here.

Ancient pictures painted in the rocks

Dozens of different Indigenous American tribes, including the Apache and Comanche, once lived in Texas until the Europeans arrived, displacing and decimating their populations.

To this day, you can find evidence of the area’s earliest inhabitants peppered across West Texas. In Big Bend, for example, pictographs adorn cliffs at the Hot Springs while the popular Chimneys Trail offers a chance to see more Indigenous rock art.

Land of a million stars

For top-notch stargazing you need a place with a vast, uninterrupted sky in an area free from city light pollution. That’s exactly what sparsely populated West Texas has to offer.

Just northwest of Fort Davis, the University of Texas McDonald Observatory has several telescopes on-site including the Hobby-Eberly Telescope—one of the world’s largest optical telescopes. While it's great to catch an evening sky viewing there, astronomy enthusiasts can also join the fun through one of the observatory’s livestreaming programs.

On top of that, Big Bend National Park is designated as an International Dark Sky Park, and the National Park Service determined that out of all the other national parks in the Lower 48, it has the darkest night skies. Pro tip: Stargazing from the park’s hot springs on a clear night makes for an unforgettable experience.

Come for the history, stay for the ghosts

When it comes to West Texas luxury, there’s one place that steals the show. Commissioned in 1926 by pioneer rancher Alfred Gage, the Gage Hotel is a three-star, mission-style hotel located in Marathon.

With its cow skull and antler decor, hides, and leather furnishings, the place embodies the Old West. Over the years, it has attracted some famous guests including Gutzon Borglum, the sculptor of Mount Rushmore, and Pearl Zane Gray, the Western author.

As with many places that have a long, rich history, some people believe the Gage Hotel is haunted by various spirits, including the ghost of Alfred Gage himself who passed away a year after the place was opened. Rumor has it that room 10 is a popular spot for paranormal activity…

Where the Wild West lives on

Part of what preserves a feeling of the Wild West in West Texas is the fact that you can still come across remnants of US westward expansion during the 19th century.

Nestled at the base of the Davis Mountains, Fort Davis National Historic Site stands as one of the best remaining examples of a frontier military post in the American Southwest. From 1854 until 1891, troops were stationed here to protect travelers on the San Antonio-El Paso Road amid conflicts with the Comanches, Kiowas, and Apaches. Elsewhere in the region, there’s Historic Fort Stockton and the ruins at Fort Lancaster State Historic Site. All three of these posts were stations of the original Buffalo Soldiers, African American troops formed in 1866.

While many may think that Texas’ official dish has something to do with barbecue, that honor actually goes to chili. Cooking in open-air food stalls during the 19th century, the famous, enterprising Chili Queens of San Antonio are credited with popularizing the dish, which received its designation in 1977.

There’s no better place to celebrate the hearty stew than at one of the famous yearly chili cook-offs in Terlingua, which Texas Monthly called “the Super Bowl of chili cook-offs.” There’s the CASI Terlingua International Chili Championship, which attracts thousands of attendees, and there’s also the Original Terlingua International Frank X. Tolbert–Wick Fowler Championship Chili Cookoff, a smaller affair. Since 1967, so-called Chili Heads have gone head-to-head in Terlingua to prove they make the best bowl of red.

Try your hand at making some Texas chili—and remember, whatever variation you try, absolutely no beans allowed unless you want to break a Texan’s heart!

Getting to know the locals

You know the famous cartoon with Wile E. Coyote and the Road Runner? Come out to West Texas and you can watch for the actual animals those two crazy characters are based on. While real-life roadrunners don’t look anything like their animated counterpart, they do have the speed—they can run up to 20 miles per hour, making it the fastest running bird that can also fly (ostriches are faster, but limited to the ground).

Another local animal that might stop you in your tracks is the javelina. The largely nocturnal animal looks a bit like a wild boar with its sharp teeth, but don’t worry, it’s rare for one to attack a human.

Sister cities along the southern border

Located in the very western reaches of the state, El Paso has been called a “split city” or “binational” city with Juárez, Mexico, due to the two cities' proximity to one another (El Paso was a part of Mexico until the mid 1800s) and the massive amount of two-way traffic that crosses the border between the two. This El Paso-Juárez region was determined to be “the largest bilingual, binational workforce in the Western Hemisphere.”

Big Bend National Park also abuts the border and one of its most popular campsites can be found close to the Boquillas Crossing Port of Entry, where a rowboat takes visitors from the US across the Rio Grande River to the small Mexican village of Boquillas. The national park also offers the chance to drive 51 miles along the rugged River Road, which roughly follows the course of the Rio Grande.

West Texas on the big screen

There’s something about the wide-open spaces of West Texas that have piqued the interest of big-time moviemakers over the decades.

Giant, the epic Western drama from 1956 starring James Dean, Elizabeth Taylor, and Rock Hudson, was filmed on a ranch outside of Marfa. Those days of filming would be some of Dean’s last, as the young star tragically died shortly after the movie wrapped shooting.

In The Andromeda Strain, the fictional town of Piedmont close to where the fateful satellite crashes is actually Shafter, located near the Mexico border. More recently, West Texas provided an atmospheric backdrop to a couple of Oscar winners: No Country For Old Men and There Will Be Blood.

>> Read about some of our favorite underrated spots in America, or check out the best US national parks.

Thank you! Your submission has been received!
Oops! Something went wrong while submitting the form.
Last Updated
March 30, 2021 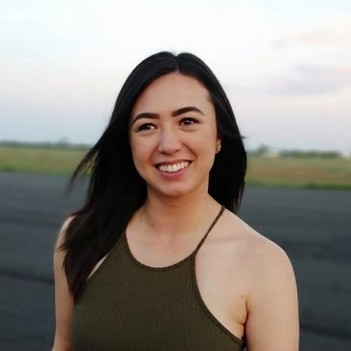 Cindy is a full-time freelance writer born and raised in Texas who has clocked countless hours driving to and around the West Texas region. While she currently lives in Berlin, Cindy takes any opportunity she can to explore more of her beloved home state. Her writing has been featured in Forbes, Thrillist, TripSavvy, Time Out, Culture Trip, and more.