The Peloponnese: The Greek “Island Within the Mainland” Surrounded By the Sea 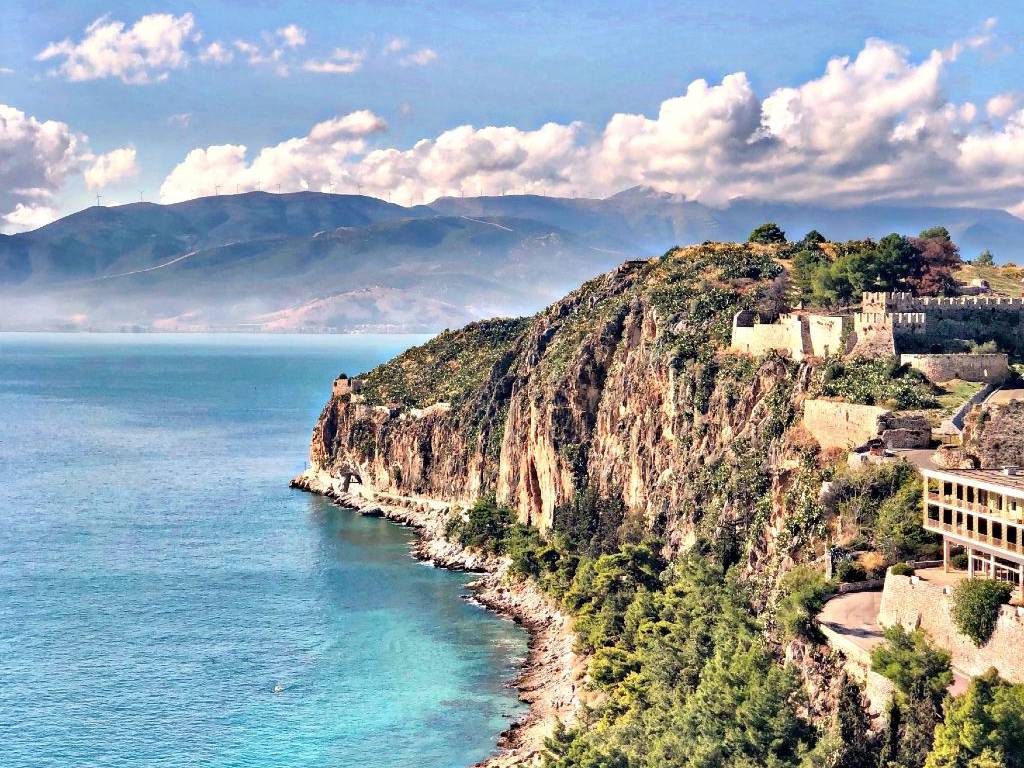 An island within the mainland

British author and playwright Patrick Leigh Fermor said of the Peloponnese region of Greece in his novel Mani: Travels in the Southern Peloponnese, “Passing by, you see Mani in three days, walking in three months, and in order to see its soul, you need three lives; one for the sea, one for its mountains and one for its people.”

A fan of literature or not, the aesthetic beauty of the Peloponnese and its mountains and sea will help you understand his sentiments before you’ve even experienced the philoxenia—friendliness towards strangers—of its residents.

The mountainous Peloponnese peninsula is an ‘island within the mainland’ surrounded by water and connected to the mainland at just two points—to the east over the Corinth Canal and over the Rion-Antirion Bridge to the north. Its mulberry leaf shape, essentially three finger peninsulas jutting south into the sea, earned the region the name Moreas (which means mulberry) in the Middle Ages.

Fine wines, delicious food, and beautiful beaches abound. Add in history, mythology, and ancient castle towns, and a visit to the Peloponnese will help you understand why the origins of so many things in the Western world are attributed to Greece.

The only ones who give birth to men

Civil wars and invasions are nothing new to Greece and if the name Peloponnese is vaguely familiar to you, it might be because you studied one of the most famous conflicts: the Peloponnesian War.

This power struggle between Athens and the southeastern Peloponnese city of Sparta, the two most powerful city-states in ancient Greece, raged for more than 25 years from 431 to 405 BCE. Ultimately, Sparta was victorious.

Legend says that during the war, an Athenian woman asked the Queen of Sparta, Gorgo, “Why are you Spartan women the only ones who can rule men?” Her reply: “Because we are the only ones who give birth to men.”

The Peloponnesian War—and the legendary might of the Spartans—has been referenced in popular culture such as the 1962 movie The 300 Spartans; the 2002 romantic comedy Lisístrata in which the women of the Peloponnese try withholding sex from their husbands in order to achieve peace with Athens; and even the 2018 video game, Assassin’s Creed: Odyssey.

A Byzantine castle town built on rocks jutting out to sea, another carved into the Taygetos Mountains—the Peloponnese won’t disappoint ardent fans of TV series like Game of Thrones that depict ancient eras. The best part is: these towns actually exist.

On the region’s east coast, Monemvasia is a small castle town carved into a rock jutting out to sea, linked to the mainland by a short causeway. Constructed in the Middle Ages, it was hidden from the mainland, protecting its inhabitants from invasion.

Several old churches and a cathedral can be found within the Old Town walls—it’s said there were once over 40 of various sizes, ranging from the small domed-style that Greece is well known for to single-story bell towers. Many housed rare Byzantine icons, marble thrones, and frescoes.

The Peloponnese town of Mystras, a protected UNESCO World Heritage Site with ancient monasteries, Byzantine palaces, and churches, was one of the most important places in Byzantine times. Surrounded by the Taygetos Mountains and pine forests, it’s a delight to watch the locals in the small town square go about their daily lives sitting at the traditional cafes–or hike to the 11th-century castle ruins guarding the town from above, offering sweeping views across the land.

The international symbol of healing—the snake with a forked tongue, wrapped around a staff and often seen on the side of ambulances—has ancient Greek roots from the Peloponnese.

Mythology says Asclepius, the God of Medicine, had a sanctuary built in his honor at Epidaurus to house the sick and mentally ill. Surrounded by a pine-wooded valley, it was thought harmless snakes were housed here, released at night to give patients a lick with their healing tongues.

The birth of acoustics

The ancient philosopher Pythagoras developed the initial concept of acoustics, and Aristotle further developed the notion of sound waves.

Today, the ancient Greek theatre of Epidaurus, built in the 4th century BCE by Polykleitos the Younger, a sculptor of athletes, is famous for its exceptional sound quality. Even from the very top of the 54-tiered amphitheater, it’s possible to hear a pin drop or whispered words from the stage far below.

The amphitheater is constructed of limestone, thought to suppress low-frequency noise and reflect back higher frequencies, thus possibly a scientific explanation to this phenomena.

The Athens Epidaurus Festival takes place annually in May with theatrical performances and musical events held in venues across Athens and the theatre of Epidaurus.

The entrance to hell

Greece is famous for its mythology, and the Peloponnese is the right place to discover more. Cape Tainaron, at the southernmost tip of the peninsula—and all of mainland Greece—is one such place steeped in myth and mystery.

The area’s vast and barren landscape is almost evidence that Cape Tainaron is one of the world’s many gates to hell. Here, the dead enter the underworld of Hades through a sea cave guarded by the three-headed dog Cerberus.

The 2010 film Clash of the Titans and 2012’s Wrath of the Titans were influenced by Cape Tainaron and Cerberus as they centered their theme around the area and its monster.

The Peloponnese was the home of the capital of the newly formed Greek state after the War of Independence. The coastal town of Nafplio, which is located less than two hours by car from Athens, was the capital from 1828 to 1834.

Nestled with a backdrop of mountains and the Argolic Gulf, the charming city is guarded by the castle of Palamidi above, and lined with cobbled, bougainvillea-filled streets.

For some of the best views of the city, trek up to the castle of Palamidi or take a boat ride to the Venetian castle of Bourtzi, which is set on an island just off shore. The residence of the executioner of prisoners of war between 1865 and 1935, it’s also been a boutique hotel, taverna, and restaurant in the ‘60s and ‘70s. It’s now a well-preserved castle that’s especially beautiful at sunset.

If delighting in a good vino is more your thing, you’ve come to the right region.  Dating back to antiquity, wine has been produced in all regions of the Peloponnese due to its excellent geographical position with a mild Mediterranean climate. Today there are more than 30 wineries in the Peloponnese and many are open to visitors.

Inland, the mountains and valleys around the northeastern village of Nemea have produced wine for centuries, mostly from the native Agiorgitiko grape, producing quality rosé and red wines.

Vineyards situated at around 2,600 feet above sea level on the slopes of Mount Aigialeia around the port city of Patras produce sweet wines such as muscat Patra, muscat of Rio Patras, muscat blanc a petit grains or the mavrodaphne of Patra.

I say eggplant, you say melitzána

Greece is famous for its delicious gastronomy and unique foods such as Kalamata olives and feta cheese—and the Peloponnese region is no exception. Here you’ll find many of the same traditional dishes found throughout Greece, but it’s the annual Eggplant Festival in July in the Peloponnese port town of Leonidio that gets everyone excited.

Eggplant—tsakoniki melitzána—is popular and widely grown in the region and the town’s most prized possession. Expect music and local traditional dances and, of course, a whole host of recipes made from eggplant served in the squares and tavernas.

Stuffed eggplant (which is baked and then stuffed with a tomato-based meat sauce and topped with a cheesy béchamel) is probably the favorite recipe, but there are many other Greek eggplant recipes to tempt you.

A few months before the Games begin, the Olympic torch lighting ceremony is held at Olympia on the west coast of the Peloponnese.

Eleven women dress as Vestal Virgins and at the Temple of Hera—Queen of the Greek Gods—the flame is lit using the sun’s energy through a special reflective mirror.

The torch then travels around Greece, culminating at a ceremony at the Olympic Stadium in Athens, before being relayed worldwide to reach its final destination wherever the Games are being held. The flame then lights the Olympic Cauldron at the Olympics Opening Ceremony, burning throughout the Games, and is extinguished at the Closing Ceremony.

Greece’s beauty has made it a popular place to shoot movies (how many people booked trips after seeing scenes of Skopelos in Mamma Mia! or shots of Santorini from the Sisterhood of the Traveling Pants movies?).

The Peloponnese is no exception, more specifically the Messinia region for the 2013 Richard Linklater film Before Midnight with Ethan Hawke and Julie Delpy. Linklater recognized the uniqueness of the region and used locations such as Patrick Leigh Fermor’s house in Kardamyli in southeastern Peloponnese, which can be rented out as accommodation.

Other spots featured in the film include the ruins and the Ancient Theatre of Messini and the Kardamili Pier.

Join Scott's Cheap Flights to save up to 90% on flights to Athens and thousands of destinations around the world.

Thank you! Your submission has been received!
Oops! Something went wrong while submitting the form.
Last Updated
May 26, 2021 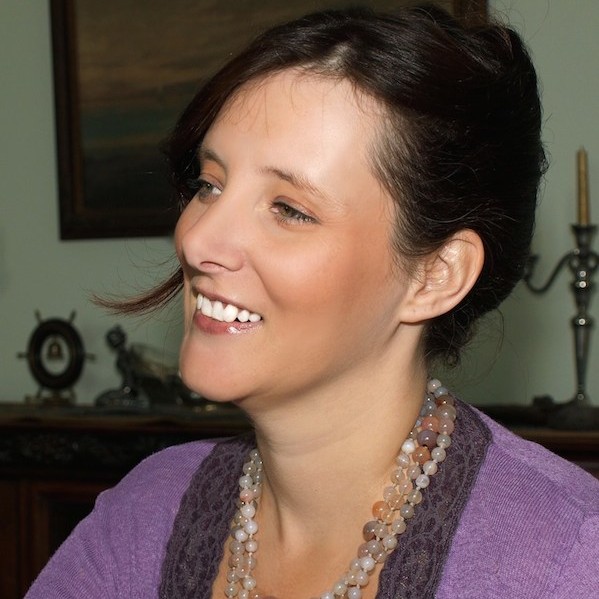 Rebecca is a British travel writer and author who has been living in Greece for over a decade. Traveling the region far and wide to research for publications such as the Rough Guides, she never fails to find some new destination, dish, or unique cultural experience that makes her happy to refer to Greece as her adopted home.