Tuscany: The Central Italian Region Where the Renaissance Began 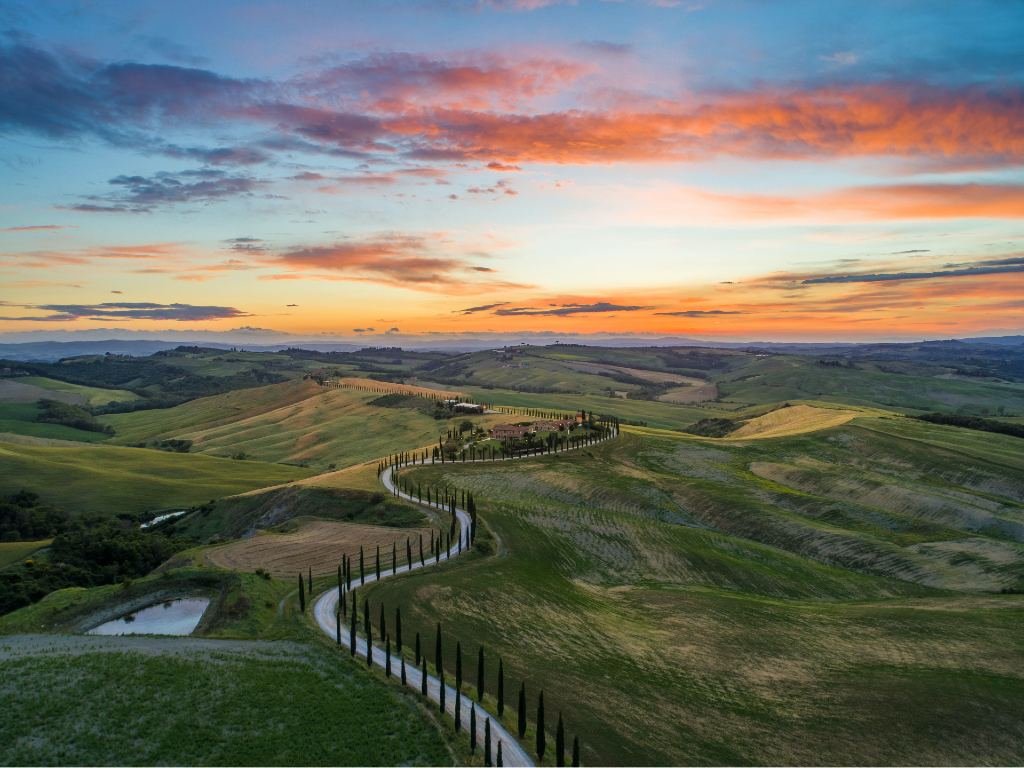 Under the Tuscan sun

Rolling hills dotted with sunflower fields, country roads lined with cypress trees, vineyards producing some of Italy’s most prized wines, medieval villages, and Renaissance monuments—chances are these are some of the things that come to mind when you think about Tuscany. The central Italian region, which stretches over an area of 8,877 square miles, has all that and more.

The history of Tuscany pre-dates the Roman Empire. It was settled by the Etruscans (the region’s name derives from them) around 1,000 BCE, came under Roman rule in the 3rd century CE, and became a duchy in the 6th century CE.

Over the centuries, the region has been ruled by a number of aristocratic families, the most important being the Medici family.Today, Tuscany’s rich history can still be felt in the cities and small towns, where locals hold tight to traditions in food, art, and festivals.

Tuscany’s wine-making tradition dates back to the Etruscans, who cultivated the vines and drank wine flavored with spices and flowers. Though you won’t find Etruscan winemakers anymore, some of Tuscany’s most established wineries, like Frescobaldi and Antinori, trace their roots back 700 years.

Tuscan wine is now renowned around the world, thanks in part to its long history and a number of innovations in the 19th and 20th centuries that improved the quality of the wines. The region is most famous for its reds, like Brunello di Montalcino, Nobile di Montepulciano, Chianti Classico, and Super Tuscans, but whites like Vernaccia di San Gimignano are worth trying, too.

From roughly 1400–1527, everyone who was anyone in the world of European art and culture passed through Florence. Leonardo da Vinci, Botticelli, Michelangelo, and Raphael all worked there, commissioned by popes and wealthy families like the Medicis. Their masterpieces now reside in churches, palaces, and museums like the Uffizi Gallery and the Accademia Gallery.

Aside from admiring their works, intrepid travelers can take an off-the-beaten-path excursion to see the quarries of Carrara, where Michelangelo sourced his preferred marble.

If you think the Renaissance is fully in the past, think again. Various Tuscan towns put on Renaissance festivals throughout the year, but the most important one is the Palio di Siena, a horse race that sees locals dress in Renaissance garb and compete with their neighbors from other districts (called contrade).

Not all rolling hills and medieval town

Think of postcard-perfect Tuscany and the image that comes to mind is likely rolling hills dotted with cypress trees, but Tuscany also has 310 miles of coastline and some of the clearest water in Italy. In fact, Tuscany boasts 20 blue flag beaches, a distinction awarded to the most pristine beaches in the world.

It would take months (or years!) to explore all of Tuscany’s beaches, but a good place to start is in Maremma, the rugged coastal region that’s home to the charming town of Capalbio and the beautiful Porto Ercole and Porto Santo Stefano. You’ll find sandy beaches with chic beach clubs, rocky coves with crystalline water, and everything in between.

It’s also a good jumping-off point to visit islands like Elba (where Napoleon was first exiled), Capraia, and Pianosa.

Leather goods, silk weaving, inlaid mosaics, artisanal paper production, and hand-painted ceramics are a few of Tuscany’s traditions that are still alive today, but the artisans who craft these products the old-fashioned way are few and far between. Don’t be fooled by the touristy stalls at Florence’s San Lorenzo Market—if it’s authentic artisan goods you’re after, you’ll have to look elsewhere.

For leather, visit the Scuola del Cuoio in Florence, which has been training artisans to work with leather since 1949. The Antico Setificio Fiorentino dates back to 1786 and is one of the few workshops that still has centuries-old looms. At Scarpelli Mosaici, artisans use semi-precious stones to make inlaid marble tables and works of art the old way, without making use of modern technology. Il Papiro sells beautiful stationary, including hand-dyed marbled paper.

There are many ceramic studios throughout Tuscany, andthe town of Montelupo in particular has a long history of producing pottery. There’s also a lovely workshop called Artesia in the charming village of Certaldo Alto. These traditions mostly sprang up in the Medieval and Renaissance eras, when Florence was an important center for the arts and merchants traveling on the Silk Road brought precious goods from Asia.

Beaches aren’t the only aquatic pleasures on offer—Tuscany is also home to hot springs, including the famed Terme di Saturnia. The origins of the word ‘spa’ have largely been forgotten, but it’s actually an acronym for ‘salus per aquam’ (Latin for ‘health by water’)—and that’s exactly what you’ll find here.

The Terme di Saturnia Natural Spa & Golf Resort still draws Italians who come to soak in the mineral-rich waters and indulge in treatments, some of which incorporate local ingredients like olive oil and basil. The Cascate del Mulino (thermal waterfalls) near the resort are free to visit—just remember to bring your own towel.

The Florentine origins of Italian

Prior to 1870, Italy wasn’t a unified country but a collection of kingdoms, each with its own dialect. Modern Italian most closely resembles the Florentine dialect, as proud Tuscans will tell you.

They can thank Dante, Petrarch, and Boccaccio, whose literature diffused the language and gave it prestige. However, the force that truly spread standard Italian across the peninsula wasn’t literature, but was radio and television. Today the vast majority of Italians speak standard Italian, but accents (and some vocabulary) differ from one region to the next.

On the Tuscan table

Italy’s cuisine is also very regional, and Tuscan cooking is no exception. Though there are certain specialties you’re likely to find all over Tuscany, there are also many unique dishes or ingredients specific to a particular town. Bistecca alla Fiorentina, a bone-in grilled steak made with Tuscany’s famous Chianina beef, may be one of the most prominent dishes, but specialties like ribollita and pappa al pomodoro (two different versions of bread stew) are worth trying too.

In Pisa, Livorno, and some other northern Tuscan towns you can find cecina (flatbread made with chickpea flour), while Lucca is home to a sweet/savory pie called called torta d’erbi or torta coi becchi made with swiss chard, raisins, pine nuts, and cinnamon. Pienza is famous for its pecorino (sheep’s milk cheese), while Mancino boasts the region’s best ricotta.

Make some Tuscan dishes at home using the recipes in Florentine: The True Cuisine of Florence and Acquacotta: Recipes and Stories from Tuscany’s Secret Silver Coast, both by Emiko Davies.

Some of the greatest Italian literature (and literature about Italy) originates in Tuscany, whether by native sons like Dante, Petrarch, and Boccaccio, or foreign writers like Goethe, Stendhal, and Henry James.

Dante’s Divine Comedy isn’t exactly a beach read, but it’s a cornerstone of Italian literature. Boccaccio was born in Certaldo and wrote the Decameron, a collection of 100 bawdy tales that inspired Shakespeare. Goethe penned Italian Journey based on his diaries of traveling through Italy, and Henry James dedicated several chapters of his book, Italian Hours, to Tuscan cities. French writer Stendhal was so overcome by Florence’s beauty that Stendhal syndrome (which can include dizzy spells and heart palpitations upon being exposed to beautiful art) was named after him.

For something more contemporary, pick up a copy of Under the Tuscan Sun by Frances Mayes, which inspired the movie of the same name.

Join Scott's Cheap Flights and get amazing deals to Italy (and around the world) delivered right to your inbox. Members save an average of $550 on economy flights and $2,000 in business class.

Thank you! Your submission has been received!
Oops! Something went wrong while submitting the form.
Last Updated
July 27, 2021 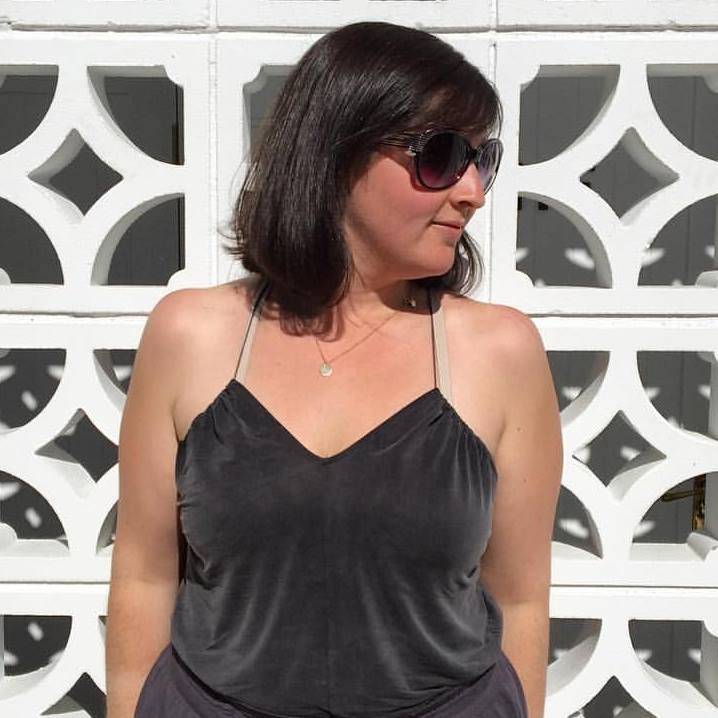 Laura is an American journalist based in Rome. She first fell in love with the Eternal City in 2008, moved there for two years, and returned a year-and-a-half ago after eight years in New York City. When she’s not traveling, you can find her sipping Aperol Spritzes at outdoor cafes and visiting the city’s obscure museums and palazzos.