Orlando: The Magical US City That’s More Than Theme Parks 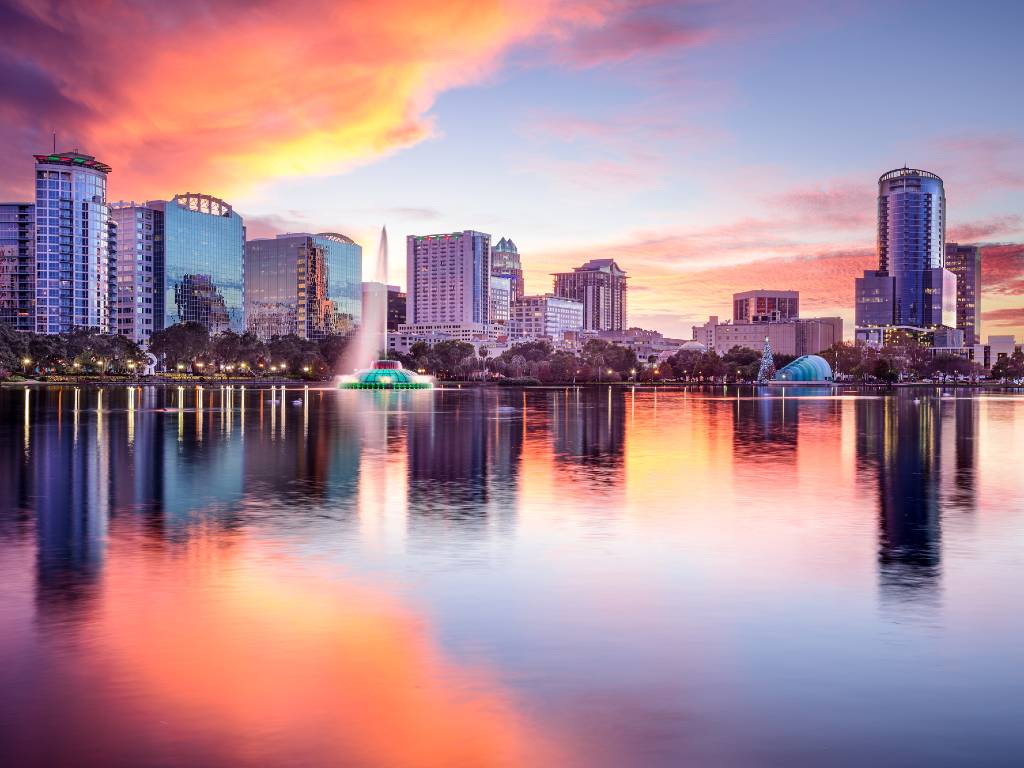 A playground for kids and adults of all ages

Orlando, nicknamed “the City Beautiful,” sits right in the middle of the Sunshine State. While the natural scenery attracted tourists of all ages even before Walt Disney came to town and bought up over 27,000 acres in 1965, today it’s one of the top tourist destinations in the United States, drawing 75 million visitors in 2018.

Orlando is the place to go if you’re looking to have a little fun—or let out your inner child. With more than 10 major theme parks to choose from, including Walt Disney World (a nation unto itself, with  four parks, 32 resorts and hotels, and the sprawling Disney Springs complex), Universal Studios (two parks full of big-thrills coasters), LEGOLAND (a theme park and a water park), and SeaWorld (three water-based parks), you’ll find plenty of magic.

But Orlando is not just a premier kid-friendly destination—it’s a place for everyone to let loose and have a little fun. The city also plays host to hundreds of conferences and conventions each year, with a thriving nightlife scene where you can dance the night away or bar-hop across the city. Shop your “Happily Whatever You’re After” from 100 stores at the 120-acre outdoor mega-mall Disney Springs or hang out at live music magnet Universal’s CityWalk, “The Epicenter of Awesome.”

It’s also home to some of the best golf courses in the world, with more than 24 high-caliber golf courses, like the Arnold Palmer-owned Bay Hill and the ChampionsGate golf resort, which hosts a father/son challenge that brings out celebrities and golf pros every year.

From swamp to city

Originally home to the Seminole people, in 1838 the city of Orlando became a swampy outpost for the US Army during the second Seminole War. Part of a series of three campaigns launched by President (then-General) Andrew Jackson, the U.S. Army forcibly removed thousands of Seminole people as part of the 1830 Indian Removal Act.

Originally known as Jernigan, the town of Orlando was officially incorporated in 1875 with only 85 inhabitants. Theories differ as to how Orlando got its name—one story claims it was named after the same character in Shakespeare’s “As You Like It,” another says Judge James Speer named it after a faithful servant. Still another says it’s named after a soldier who died protecting his troops.

Throughout the 19th century, Orlando served as a hub for Florida’s growing citrus industry, but slowly transitioned to tourism by the mid-20th century. The first theme park, Gatorland, opened in 1949. It’s still running today, if you can stomach the giant gators!

Where every day is something to celebrate

Walt Disney World now covers around 40 square miles (about the size of San Francisco!). To celebrate the 50th anniversary on October 1, the parks announced brand-new fireworks displays and a slew of exciting attractions—plus a glow-up for Cinderella’s Castle.

Spend a day at each of the four parks: Magic Kingdom (the most family-friendly of the bunch), EPCOT (standing for “Experimental Prototype Community of Tomorrow”), Animal Kingdom (home to 2,000 animals and 300 species, plus faraway lands like Pandora – The World of Avatar), and Hollywood Studios (where you can travel to a galaxy far far away at Star Wars: Galaxy’s Edge).

Scream your heart out

Universal may only be 840 acre compared to Disney World’s 27,000+, but it’s known for some of the best rides and rollercoasters in the country, with  six big-name coasters to choose from out of nearly 30 rides and simulator shows.

Founded in 1990, Universal offers two parks to choose from: Universal Studios Florida (full of simulator rides and shows) and Islands of Adventure (where you’ll find big-name coasters like The Incredible Hulk and the brand-new 155-foot’ Jurassic World VelociCoaster, with speeds up to 70 mph). The parks bring to life well-loved movies and television shows like the Simpsons, Despicable Me, Shrek, King Kong, Jurassic Park, and more.

Witches, wizards, and muggles alike can enjoy The Wizarding World of Harry Potter, which has two sections spread across both of the parks: Diagon Alley and Hogsmeade. Ride the Hogwarts Express, try on wands for size at Ollivanders, and go on a rip-roaring adventure with Hagrid on the new Magical Creatures Motorbike Adventure coaster, which features seven launches (more than any other coaster in the world!) and a free-fall vertical drop.

Universal Studios has plans for a third theme park called Epic Universal, slated to open in 2025.

Due to its year-round sun and warm temperatures, celebrities and movie execs flocked to Orlando throughout the ‘90s and early ‘00s for film and television production, earning it the nickname “Hollywood East.”

Blockbusters like Minority Report, 2 Fast 2 Furious, The Perfect Storm, and Ocean’s Eleven made use of the soundstages and production facilities. Orlando was also home to Nickelodeon Studios, filming classic game shows like Double Dare 2000 and Legends of the Hidden Temple—and while guests used to be able to tour them back in the ‘90s, most studios have closed up shop.

Orlando gets hot, with most days hitting the 90-degree mark from March to September. You can beat the heat with a day trip to Cocoa Beach, about an hour’s drive—but if you stick around, you’ll find five major water parks with plenty of fun. It’s a great way to cool off from waiting in long, humid lines or just taking a break from the go-go-go of the theme parks.

Choose from Disney’s Blizzard Beach or Typhoon Lagoon, Universal’s Volcano Bay, or SeaWorld’s Aquatica, which blends aquarium and water park. If you’ve got little ones, LEGOLAND Water Park is extra toddler-friendly, with plenty of build-your-own activities.

Reach for the stars

Orlando isn’t far from Florida’s “Space Coast,” home to Cape Canaveral and the Kennedy Space Center, a working facility owned by NASA and one of the primary launch areas in the country for space travel. If you’ve ever wanted to be an astronaut—or wondered what the final frontier holds—this is the closest you can get to it on the ground.

Kennedy Space Center regularly posts upcoming rocket launches (which happen about once a month or so) if you’d like to see humankind’s leap into the unknown for yourself. On non-launch days, you can take a tour of launch pads, see the Saturn V rocket and space shuttle Atlantis, and watch a second-by-second recreation of the iconic moon landing.

Wine and dine “around the world”

There's plenty of "secret" spots for adults throughout Disney, too, like the speakeasy-style tiki bar called Trader Sam's Grotto hidden in the Polynesian Village Resort. It's full of easter eggs and creative "imagineering" that makes every order to the bar a lively one. Order the Krakatoa Punch and the walls will start shaking!

You’ll find plenty of delicious themed treats at Universal, too—none more famous than butterbeer, a non-alcoholic butterscotch-cream treat you can order hot, cold, or frozen throughout The Wizarding World of Harry Potter.

If you want to get out of the theme parks, downtown Orlando holds its own with a fantastic food scene. You’ll find a delicious mishmash of Southern, Caribbean, Asian, and Latin food, reflecting the city’s diversity, like Luke’s Kitchen and Bar, Reyes Mezcaleria, and the Strand. Or hop on the Central Florida Ale Trail, with 26 microbreweries across the greater Orlando area.

Despite the theme park monstrosities and man-made suburban sprawl, Orlando’s warm climate and humidity make it a verdant, green place with protected wetlands, lakes, and garden oases. The city plans on doubling protected spaces by 2023.

Orlando may not be near the Everglades National Park, but that doesn’t mean you can’t see some of the sprawling protected marshes and swampland for yourself. Many airboat tours pickup from Orlando—blasting through the glades at 25-40 mph for 30-60 minutes—for gator, turtle, and eagle spotting.

Wekiwa Springs State Park is about 40 minutes away and has miles of trails, plus rentals for kayaks and canoes. At Winter Park, 50-acre Harry P. Leu Gardens include a 50-foot floral clock and space for picnicking, or stay for a free movie night or jazz concert on the lawn.

Watch out for sinkholes, though—the most famous (and scariest) happened in Winter Park in 1981, swallowing a house, a car dealership, and an entire swimming pool.

Humid is an understatement when it comes to Orlando weather. Expect thunderstorms nearly every day in the summer with high heat and humidity. Pack a raincoat even if there are no clouds in the sky, or you’ll be stuck wearing an overpriced neon poncho.

Temperatures can rise up to the mid-90s even in the spring or fall so bring a portable fan, lots of water, and plan your day to make sure you can cool off with air conditioning. Hurricane season starts June 1 and goes through November, so be prepared for more rain throughout the summer.

Join Scott's Cheap Flights and get amazing deals on flights to Orlando—or anywhere in the world.

Thank you! Your submission has been received!
Oops! Something went wrong while submitting the form.
Last Updated
December 1, 2021 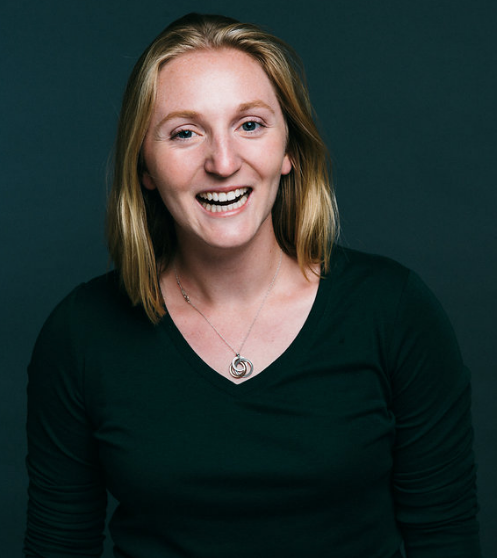 Always in search of adventure, travel writer Kayla is an unabashed Disney kid. When she’s not wearing Mickey ears, you can find her at the summit of a mountain or digging into a big bowl of pasta. Say hi on Instagram @klvoigt.