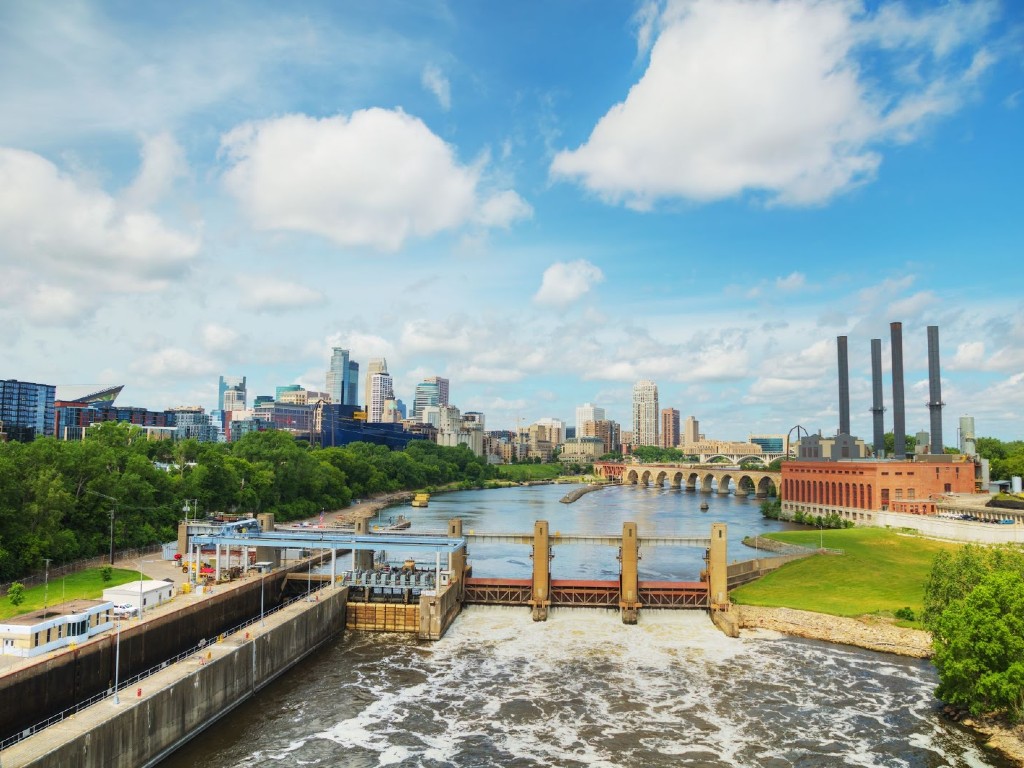 From too north to 'True North'

Let's myth-bust something right out of the gate: Minneapolis (and Minnesota) have long been thought of as a snowy white tundra, populated by white people, eating bland food that has all the culinary complexity of glue.

As with most rumors, there was once—and still is—a kernel of truth to this depiction. In the late-19th and early-20th centuries, the area was known for its uncanny appeal to Norwegian, Swedish, and German immigrants, who likely arrived in the dead of winter, sat on a snowdrift and decided to play "Stoicism Chicken" with each other to establish local dominance. Apparently, no one ever backed down. But that was then.

This is now. While the population is, according to official stats, still 59% white, head downtown and you’ll see a lot more diversity represented. The long-lived, robust live theater and music communities have been joined by multicultural, multi-disciplinary arts and an internationally influenced food scene described by prominent food writer Dara Moskowitz Grumdahl as "the Silicon Valley of food."

Along with state capital St. Paul, just across the river, the area is popularly known as the Twin Cities.

Though the climate crisis has made winters in the Upper Midwest shorter and warmer, it has unfortunately also resulted in once-in-a-decade weather events happening pretty much every year.

With fewer too-cold-to-snow days (or more accurately, so-cold-it’s-too-dry-to-snow), Minneapolis winters are actually snowier now than 50 years ago. And the theoretical snow season has lengthened. Unheard of before, there have been dustings of snow in a few recent Octobers and even a mercifully brief, but still infuriating, snowfall the first week of May in 2020.

That said, Minnesota formally embraced its legendary winters with the True North tourism marketing campaign a few years ago. With thousands of miles of ski and snowshoe trails, downhill skiing, snowmobiling, and sledding, we know how to make winter fun.

Historic Fort Snelling, completed in 1825 and now a National Historic Landmark, was the original US government toehold in the region that developed into Minneapolis. Long before that, the area was the homeland of the Mdewakanton Dakota people for thousands of years and a revered site known as Bdóte ("where two rivers meet," referring to the Mississippi and Minnesota Rivers).

Minnesota's moniker, Land of 10,000 Lakes (there are actually 11,842 lakes), applies to Minneapolis as well, which has 22 lakes crammed within its perimeter. The Dakota name for the area that is now known as Minneapolis is Bdeóta Othúŋwe (“Many Lakes City”). This mosquito-bitten frontier outpost grew to be the flour milling capital of the world from roughly 1880 to 1930, powered by the churning of St. Anthony Falls, the only natural falls on the Mississippi River.

Depending on which direction you look out the window when you land at Minneapolis-St. Paul International Airport, you may find yourself scanning for rooftops and, not seeing many, wondering where the heck the city is.

Well, it's mostly underneath a canopy of trees that only reluctantly lets up around the downtowns and a few business and industrial zones. By design, more than 99% of Minneapolis residents live within six blocks of a park.

If you're into putting greens instead of greenery, there's a well-circulated rumor that Minnesota has the most golfers per capita. True or not, it’s the only state in the US to have hosted all 13 USGA championships and the Ryder Cup.

From Dylan to Lizzo

Minneapolis has produced and/or cultivated a disproportionate number of gifted musicians and bands, dating back to when a young Bob Dylan was cutting his folk music chops in local coffee shops in 1960-61.

The cornerstone of this musical cathedral is, of course, Prince Rogers Nelson, A.K.A. Prince, who was so enamored with the Minneapolis music scene (not to mention the famed local tendency to leave celebrities alone) that he kept his primary residence here, even after reaching super-stardom. He also built his recording studio/live music venue/museum, Paisley Park, in the suburb of Chanhassen.

R.E.M, Madonna, Paula Abdul, Bob Mould, Stevie Wonder, Sheila E., Mavis Staples, George Clinton, Neil Young, Barry Manilow, and the Bee Gees are among the many acts who have used the facility to record, rehearse, or shoot music videos. Janet Jackson recorded her most successful albums in the Twin Cities, including Rhythm Nation 1814.

Other notable artists to come out of the Minneapolis music scene include The Replacements, Hüsker Dü, Soul Asylum, Information Society, The Jayhawks, Semisonic, Brother Ali, Atmosphere, and Minneapolis adoptee Lizzo.

"The Silicon Valley of food"

Though there are new and exciting openings on what seems like a weekly basis, they sit upon a foundation of standbys, including 112 Eatery, Bar La Grassa, Spoon and Stable, Young Joni, World Street Kitchen, Birchwood Café, Manny's Steakhouse, Chimborazo, Victor's 1959 Café, and Tilia.

There’s plenty of international options, too. Just Google "Minneapolis" and one of the following words: Somali (Minnesota has the largest population of people of Somali heritage in the US), Vietnamese, East African, Nepalese, Mediterranean, Indian, or Ethiopian.

Finally, farmers markets now abound in the city, but the Minneapolis Farmers Market, opened in 1937 (the original opened in 1876 in a different location). It has more than 200 vendors working out of 170 stalls, selling seasonal fruits and vegetables, beef, poultry, pork, cheese, honey, eggs, wild rice, herbs, flowers, and garden items.

Utter the word "diner" within earshot of a local and you will be promptly directed to the iconic Al's Breakfast, a 10-foot wide, 14-stool-long, elbow-rubbing mainstay operating since 1950 in the heart of Dinkytown (yes, that's really what we call it).

"Eat Street" stretches for roughly a mile south of downtown along Nicollet Avenue South, with all manner of cuisine, including Vietnamese, Mexican, German, Chinese, Italian, Japanese, Greek, and Jamaican.

Do yourself a favor and don't ask about the origins of the Jucy Lucy (a burger made up of two patties pinched together around a molten cheese center), because, as they say in sports rivalries, there's a bit of history. That said, the most famous spot to get this delicacy, cemented by the patronage of one Barack Obama, is Matt's Bar.

Minneapolis made up for lost time when the gates were finally open to food trucks in 2010. Now a staggering number of food trucks pepper the city for roughly eight months a year.

If you've ever wondered what walleye tastes like (or what it is), Minnesota is the place to find out—it’s the official state fish. Finally, there's a chance a smirking local will insist you try lutefisk (a traditional dish in some Nordic countries, made from whitefish soaked for days in lye and water). Unless you're participating in a life-or-death game of Truth or Dare, you should decline this offer. Bizarre Foods host and Twin Cities resident Andrew Zimmern, has gone on the record describing it as “one of the worst foods in the world.”

Minneapolitans have a complicated relationship with the Mall of America, but depending on your vacation interests—or if the weather is especially poor—it can be the highlight of a Minnesota visit.

Whether it's a planned or spontaneous trip, getting to MOA couldn't be easier. The light rail’s Blue Line travels directly from downtown through South Minneapolis to MOA, and only costs $2.00-2.50, depending on the time of day.

The Mall, which is the largest mall in the US by leasable space, attracts roughly 40 million visitors per year (40% of whom are tourists), making it a crucial component of Minnesota's tourism industry. If you're not a shopper, the entertainment options are staggering, including the massive Nickelodeon Universe® theme park, Sea Life® aquarium, and Flyover America 4D ride.

In your face, Portland

Minneapolis rivals Portland as the most bikeable city in America (and in fact, won the title from Redfin in 2018 and 2019). With roughly 5.8 miles of bike lanes and trails per square mile, 226 miles in total, you could bike the city for days and never see the same thing twice.

The aforementioned Grand Rounds National Byway is included in these numbers, as is the east-west Midtown Greenway which is used by an average of 4,100 cyclists each day, as well as utilitarian lanes on city streets keeping cyclists safely separated from vehicle traffic.

OK it's not a competition or anything—unless you're number one, then it's totally a competition—but Minneapolis took home the award for Gayest City in America by The Advocate magazine in 2011. The city, and the entire state, continue to be progressive in matters of equality. The high-point of the gay calendar is the annual Twin Cities Pride event, including the requisite parade which attracts some 400,000 spectators per year.

Compared to most mid-sized and large cities, Minneapolis flew under the radar in popular culture until recently. Our first brush with TV celebrity was when Minneapolis was used as the setting for the Mary Tyler Moore Show in the 1970s (a statue downtown captures her iconic cap-toss). The '80s, of course, brought Prince and his semi-autobiographical movie Purple Rain, which put a face on the city's already booming music scene.

The Mighty Ducks films featured Minneapolis and Minnesota in all three films. Despite the name, the 1996 film Fargo is mainly set in Minnesota, with a wildly exaggerated Minnesota accent that was so prominent that it should have gotten a co-star credit.

There has been much debate about the fabled “Minnesota nice” attribute that has long been associated with the state. Some will tell you that it was once true, but has faded as Minneapolis has exploded in population over the past few decades. Others will say it never existed, as it was merely a cover for the state's other defining characteristics: passive aggression and conflict avoidance.

As with many things, reality lies somewhere in between. Ask any visitor for their first impression of the city and they will inevitably comment on how nice people are. Anyone that argues that we're not nice probably had an encounter with someone who was just tricked into eating lutefisk.

Thank you! Your submission has been received!
Oops! Something went wrong while submitting the form.
Last Updated
June 23, 2021 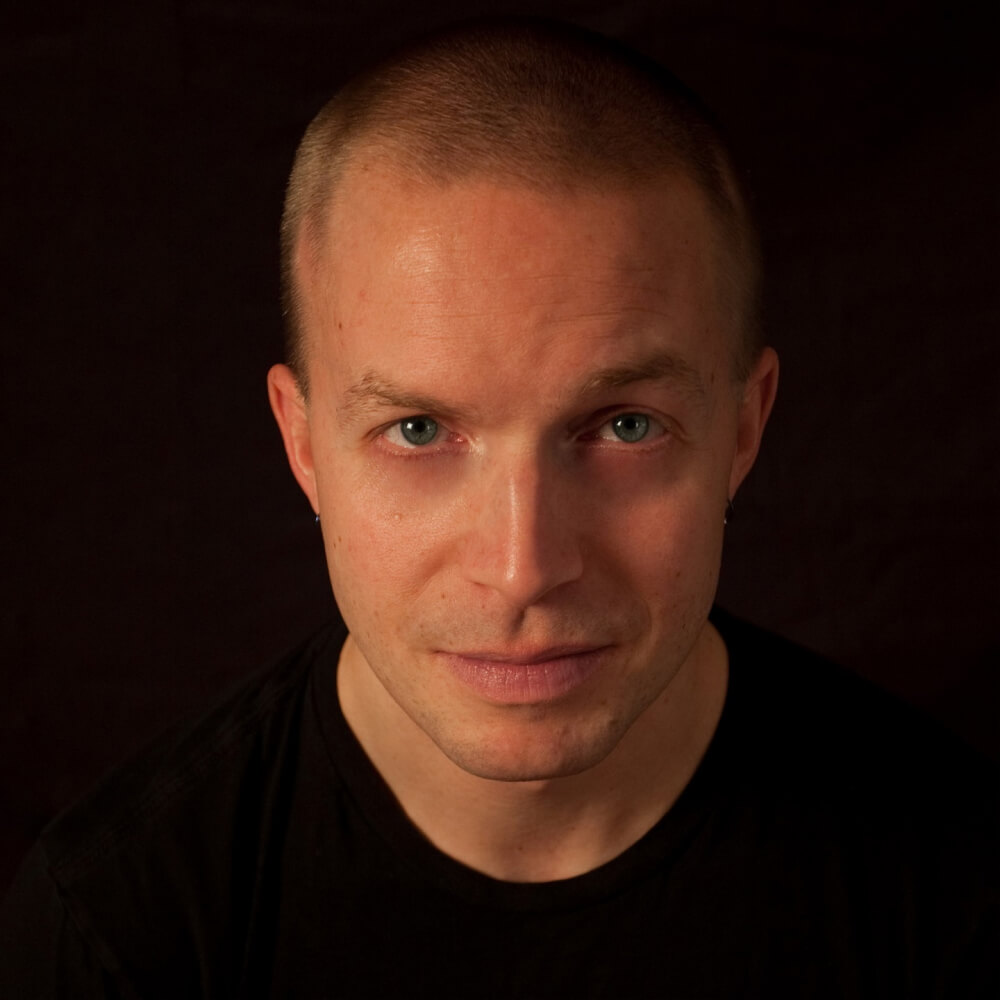 Leif is a freelance writer, author, humorist, world traveler, and award-winning travel and tourism marketing professional from Minneapolis. He has traveled through 57 countries and lived in Spain, Romania, and Italy. His latest book, “Throwing Up: Notes from 35 Years of Juggling,” is available on Amazon along with his blood-soaked travel memoir, “Backpacking with Dracula.”