Colorado: The Western State That Inspired One of the Most Famous American Songs 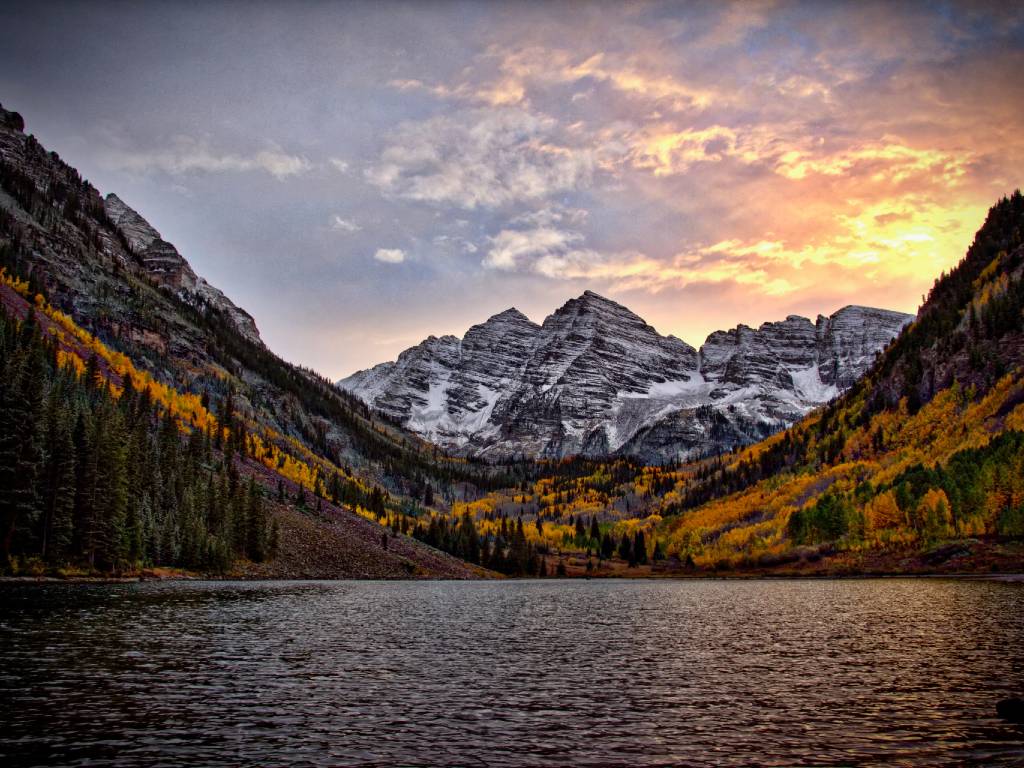 With its sunny, dry weather—plus soaring mountains, striking canyons, and high mesas brimming with hiking, biking, horseback riding, and skiing trails—it’s no wonder Colorado is consistently named among the fittest states (based on exercise habits) in the nation.

That urge to be active outdoors is woven into residents’ daily lifestyle and visitors flock to experience the rush of endorphins that comes with schussing down a black-diamond mogul run or reaching the top of a high-altitude hiking trail to view a stretch of rugged Rocky Mountains as far as the eye can see.

But even folks who aren’t gung-ho on climbing a 14er (a mountain peak sitting higher than 14,000 feet above sea level, and Colorado has more than 50 of them) can access oodles of opportunities to experience the great outdoors on scenic drives, while soaking in natural hot springs, or by traipsing through ghost towns that were once thriving centers of commerce during the state’s gold- and silver-mining heyday.

Indeed, Colorado’s history—from the first Ancestral Puebloans to its hardscrabble pioneers, homesteaders, and cattle ranchers—is ever-present in thoughtful museums, at working dude ranches, and in the state’s four national parks.

Add in hundreds of craft breweries, a growing distillery scene, and plenty of farm-fresh foods and you’ve got a state that protects its natural beauty, honors its past, and celebrates the good life in more ways than one.

Wellesley College professor Katharine Lee Bates was teaching summer school in Colorado Springs in 1893 when she boarded a wagon and then rode a mule to the top of 14,115-foot Pikes Peak. There, the remarkable vista prompted her to jot down the words to what would become “America the Beautiful'': “O beautiful for spacious skies. For amber waves of grain. For purple mountain majesties. Above the fruited plain!”

The Colorado mountains may not inspire you to write the nation’s next patriotic song, but their beauty has prompted many folks to drop the Wall Street job to become a lifty (ski area chairlift operator), or, perhaps less drastic, at least breathe deeper and smile wider in the clean, arid air. Colorado’s quintessential snowcapped, jagged peaks are a main draw for visitors and the object of deep affection among locals.

Yet Colorado isn’t all mountains all the time. The sparsely populated Eastern Plains resemble neighbor Kansas, with flat grasslands and vast tracts of farmland, while the Western Slope evolves into dry desert bluffs and plateaus as it edges toward Utah.

One way to experience the diverse landscapes is by visiting Colorado’s national parks, each with distinct reasons to visit. Closest to the capital city of Denver is Rocky Mountain National Park. Drive the Trail Ridge Road, the highest continuous paved road in the United States, topping at 12,183 feet in elevation. Or, spot elk on the valley floor, bighorn sheep amid soaring pine trees, and yellow-bellied marmots (chubby ground squirrels) playing hide-and-seek in boulders across the treeless tundra.

Black Canyon of the Gunnison National Park has many fewer visitors, but its ultra-steep gorge is worth a look-see if your travels bring you to the west-central area of the state. Great Sand Dunes National Park & Preserve showcases the tallest sand dunes in North America. Mesa Verde National Park is a cultural treasure: the archeological site preserves the cliff homes of the Ancestral Pueblo people, who lived in the area from about 600 to 1300 CE.

After the Ancestral Pueblo people moved away (theories vary, but most historians blame a massive drought), several Native American tribes made their home in Colorado, including the Utes in the southwest.

In the late 1800s, as the United States expanded west, Chief Ouray acted as peacemaker between his people and the white colonizers, even traveling to Washington DC to negotiate treaties. The Ute people were eventually forced to relocate to the Southern Ute Reservation, which still exists today with its own government, cultural events, and Southern Ute Cultural Center and Museum in Ignacio. You can also learn more about the Ute tribe at the Ute Indian Museum in Montrose.

Between the Colorado Gold Rush in the middle of the 19th century and the Colorado Silver Boom toward the end of it, hundreds of thousands of miners flocked to the state to seek their fortunes. Entrepreneurs who founded mining companies became millionaires, and mining camps grew into flourishing communities. That is, until most of the state’s gold was depleted and the silver market collapsed in 1893.

Breckenridge, Cripple Creek, Ouray, and Silverton are just a few of the mountain towns that offer a glimpse into this era of the state’s history with tours of closed mines. Ghost towns are even more plentiful. Today you can traipse around the ruins of homes, saloons, and brothels abandoned more than 120 years ago. At home, read Aspen: The History of a Silver Mining Town, 1879-1873.

Oysters that don’t come from the sea

The Buckhorn Exchange, Denver’s oldest steakhouse, has been serving Rocky Mountain oysters since 1893. Oysters in landlocked Colorado—what’s up with that? Well, these aren’t seafood. They’re fried bull testicles, and yes people really do eat—and enjoy—them.

If a plate of balls isn’t your jam but you want to sample other local delicacies, consider ordering a Colorado-raised, grass-fed beef or buffalo burger off a restaurant menu. Or look for Colorado trout that’s been fished from gold medal rivers. If you’re strolling farmers’ markets (or even the local grocery store aisles), you might find savory Pueblo green chiles, sweet Olathe corn, or juicy Palisade peaches.

After adventuring outdoors, Coloradoans know one the best way to recover to do it all again the next day is to soak in natural mineral springs—the same ones that were used to treat tuberculosis patients back in the 1800s, when TB sanatoriums dotted the state.

Experiences vary at Colorado’s dozens of named hot springs. You can play in giant family-friendly, spring-fed swimming pools complete with waterslides (Glenwood Springs) or go au naturel in remote springs accessed only on a lengthy backpacking hike (Conundrum Hot Springs). But the coolest is when your rafting guide pulls over to have your group soak in secret, unmarked springs that flow naturally into whitewater rivers.

Current US Senator John Hickenlooper has also served as Colorado’s governor (2011-2019) and Denver’s mayor (2003-2011). But back in 1988, he was known solely as a co-founder of Wynkoop Brewing Company, “Colorado’s first brewpub.” Wynkoop still stands in downtown Denver, and it’s a popular spot for after-work happy hours and bachelor parties with its 22 pool tables.

A few of the microbreweries founded 30 years ago grew exponentially. For example, New Belgium (known for its Fat Tire Amber Ale) was sold to a division of the giant Kirin Brewing Company, Breckenridge Brewery is now a subsidiary of Anheuser-Busch, and MillerCoors owns Blue Moon. Still, it’s not hard to find one of the little guys to support, with more than 400 breweries across the state.

Colorado’s arid climate and cool evenings are ideal for grape growing. Vineyards have been here since the 1800s and while Prohibition briefly put a stop to winemaking, things got going again in the 60s and really took off in the 1990s, when the first Colorado AVA (American Viticultural Area) was designated.

Palisade and Paonia, in the western side of the state, have large concentrations of vineyards and wineries (more than 100 of them) plus meaderies, and Denver has its share of tasting rooms and even a sake distillery.

The other kind of Rocky Mountain high

Colorado, along with Washington, was the first state to legalize recreational marijuana in 2012. Dispensaries abound—labeled with their green crosses—not only in Colorado’s cities, but mountain towns and rural sides of highways, too.

Vacation rentals note whether they’re “420 friendly,” so if you’re into smoking weed, you can do it here, readily and easily. If you’re not a smoker, the presence—or distinct smell—of Mary Jane isn’t going to kill your vacation vibe. It’s illegal to consume in public, outdoor places, on federal property (including national parks and most ski slopes), and in cars.

Cowboy up at a dude ranch

At Colorado dude ranches, wranglers literally wear dusty Wranglers to not only wrangle cows, but lead guests on trail rides through thick aspen groves, across wide-open meadows, and along gurgling creeks.

Many are working cattle ranches, family-owned for generations, and allow visitors to experience a bit of Old West heritage: go horseback riding in the morning and shoot clays in the afternoon, followed by grilled steaks and a campfire sing-a-long under the stars.

Prep for your dude ranch vacation by watching an old Western filmed in Colorado: How the West Was Won, Butch Cassidy and The Sundance Kid, or the original True Grit.

Coloradoans don’t take themselves too seriously—as evidenced by some offbeat annual festivals.

Frozen Dead Guy Days in Nederland—featuring live music, plenty of drinks, and zombie costumes—celebrates a fellow who died in 1989 and whose body is packed in dry ice in a local shed (it’s not as macabre as it sounds!). Mike the Headless Chicken Festival commemorates a chicken who was destined for the family dinner table in 1945, but somehow ran around the farm for 18 months with his head chopped off.

‍Ullr Fest in Breckenridge pays homage to the mythical Norwegian snow god in the hopes that he’ll bestow plenty of powder on the ski town through the winter. Residents don Viking hats, jump into a frozen pond, and attempt to break the “world’s longest shot ski” record, where hundreds of adults line up on Main Street to drink whiskey from shot glasses affixed to old skis. Skål!

Ready to go? Read our travel guide to Denver.

Thank you! Your submission has been received!
Oops! Something went wrong while submitting the form.
Last Updated
July 7, 2021 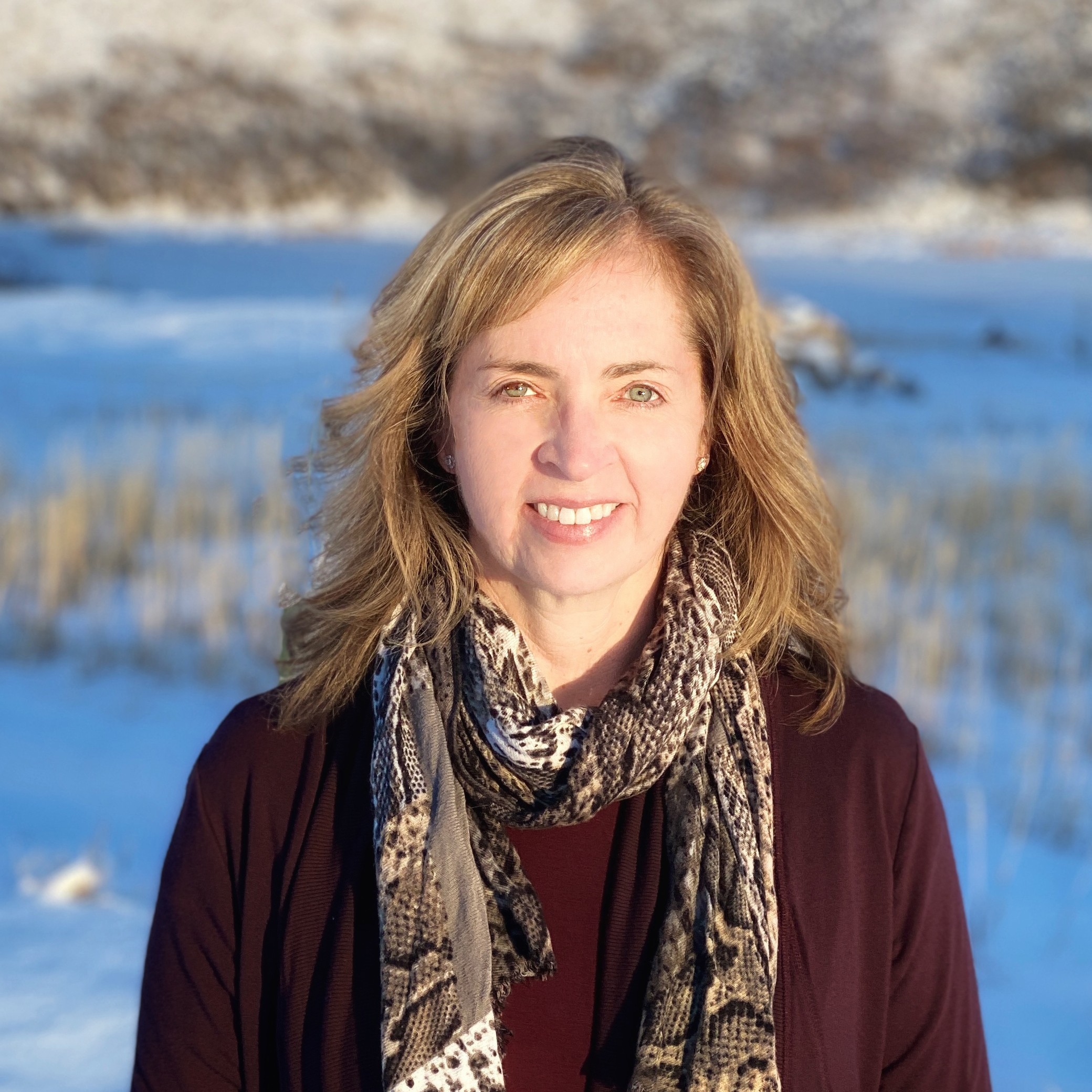 Kara moved from New York to Colorado in 1994 “just for the summer”—and never left. The freelance writer, empty nester, avid hiker, and new RVer makes her home near Aspen. Follow her on Instagram @karasw and learn more about her work at www.karaswilliams.com.