Bologna: The Northern Italian City Where Italians Go to Eat 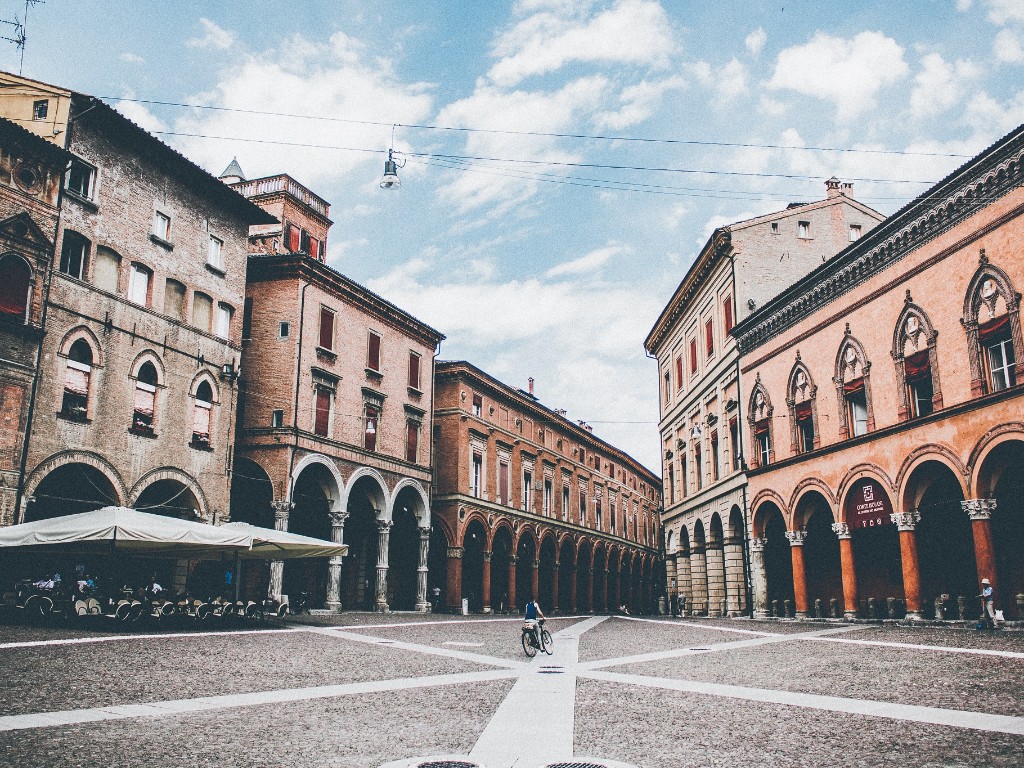 No matter how many times you’ve been to Italy, if you haven’t been to Bologna, you’re missing out. With a young, educated population eager to make a difference and put their city on the map, Bologna’s economy is thriving and its residents enjoy a high quality of life. Yet, underneath this modern success story is an ancient city that’s played a role in times of war and peace, plague and prosperity. While visitors will find this delightful mix of old and new in many places in Italy, few do it better than Bologna.

Etruscans, Romans, and Goths, oh my!

Bologna has seen more than its fair share of change. Over time, it’s been part of Etruscan, Celtic, Roman, and Visigoth cultures–and that was all before the 5th century CE. Though Bologna’s “official” founding was by the Etruscans in the 6th century BCE—they called it Felsina—traces of human occupation here date back to the Iron Age.

Strategically located and set within a rich agricultural range, Bologna has, over the centuries, been sacked, occupied, and ravaged by the Black Death. Each phase of history left its mark on the city, contributing architecture, culture, and traditions. By the time it joined a united Kingdom of Italy in 1860, it was one of the most important cities on the Italian peninsula.

In Italian, one of Bologna’s nicknames is La Dotta, or “the learned one.” That’s because it’s home to Europe’s oldest university, the Università di Bologna, founded in 1088. Its long list of esteemed alumni includes Albrecht Dürer, Dante Alighieri, Petrarch, Copernicus, and Umberto Eco, and it’s still one of the most prestigious schools in the world.

You can stroll through the campus grounds for free, but it’s worth buying a ticket to visit the Anatomical Theatre of the Archiginnasio, once used for anatomy lessons within the university. When dissections were occurring, a musician would often perform calming melodies to distract students from the gruesome reality of the task at hand. The spectacular hall is a 17th-century masterpiece, made entirely of wood and decorated with ornate carvings and paintings. The theatre was almost completely destroyed during a WWII bombing raid and painstakingly rebuilt after the war.

Where Italians come for the food

You’ll never go hungry in Bologna, but you should definitely bring your appetite. Because another of the city’s nicknames is La Grassa, or “the fat one,” in a nod to the hearty, delicious cuisine of the region. It’s so good that even the Italians travel to Bologna for the cured meats, aged cheeses, and homemade pasta the city and the surrounding region of Emilia Romagna are famous for.

You’ve probably heard of spaghetti bolognese. Yes, meat-based bolognese sauce originated here, but locals typically just call it ragù, and they serve it with thick, flat tagliatelle pasta or as the filling for lasagna—not with spaghetti. So if a menu advertises spaghetti Bolognese, don’t waste your money—they’re just catering to tourists and you probably won’t have an authentic Bolognese dining experience.

The wider Emilia-Romagna region around Bologna also offers a plethora of amazing food and drink, including fizzy Lambrusco wine, which pairs perfectly with a delicious bowl of tortellini. This ring-shaped pasta originated in Emilia-Romagna and is often filled with prosciutto or ricotta.

From Mussolini to Molotovs

After WWI, economic hardships in Bologna and the rest of Italy caused intense social unrest and occasionally, violent protests. The fascist movement, led by Benito Mussolini, seized power during this chaotic period, with Bologna as one of its first strongholds. Mussolini, who was born near Bologna, poured resources into the city and it emerged as a center for factories, agriculture, and weapons plants.

However, Bologna’s experience with fascism was short-lived. World War II took a great toll on the city, between Nazi occupation and repeated aerial bombardments. The city became a hotbed of La Resistenza—the Italian resistance movement—and was liberated by anti-fascist partigiani (partisans) in 1945.

So, we’ve got La Dotta and La Grassa, but we also have La Rossa–the red one. While this is, in part, a reference to the city’s red terracotta roofs, it also refers to the city’s leftist leanings. Even as the rest of Italy volleyed between conservative and liberal governments, Bologna remained—and remains—historically left-leaning. It was the center for the Italian Communist Party, or PCI, which eventually gave way to the modern—and less leftist—PD, or Partito Democratico.

The city is still led by left-leaning or Communist mayors, and public protests and leftist graffiti appear frequently in the city, often led by Bologna’s passionate student population.

One of the darkest pages in Bologna’s history book is the 1980 bombing of the Bologna Centrale railway station. This occurred during the Years of Lead, a period of far-right and far-left bombings, riots, and assassinations. Known as the Bologna massacre, the mid-morning explosion at the city’s main train station caused 85 deaths and hundreds of injuries. The incident remains Italy’s deadliest terror attack—scores of neo-fascist terrorists were arrested and tried for the bombing.

More than 40 years on, victims of the bombing are still honored in remembrance ceremonies. When you’re in the train station, take a look up at the clock—it’s permanently set to 10:25, the time of the attack, out of respect for those who lost their lives.

You can’t walk around Bologna without walking under a portico—a covered sidewalk supported by columns and arches. These porticos are among the city’s most iconic symbols. Bologna has 30 miles of these sheltered walkways, traditionally public spaces where citizens could gather, trade, and seek cover from nasty winter weather and the hot summer sun.

You’ll find them in a number of architectural sizes and styles based on when they were built, but the longest is Portico di San Luca. It stretches over two miles.

The porticos became a UNESCO World Heritage Site in 2021, in recognition of their cultural significance to the city. A guided walking tour is one of the best ways to learn about the portico’s history and significance.

Bologna has a long history as a center for music, thanks to the university’s prestigious school of music, and city conservatories and academies. Its tradition of classical music, as well as its support and promotion of jazz, rock, and alternative music has earned it the distinction of being one of the world’s UNESCO Cities of Music—a select handful of cities around the world that prioritize the creative arts.

The Bologna Festival is a celebration of classical music every spring and fall, while the weeklong Bologna Sonic Park Fest is an open-air festival of hard and alternative rock. The Bologna Jazz Festival dates to the 1950s—when Bologna was one of the first cities in Italy to embrace the “new” American musical genre. Street musicians also find appreciative audiences in the city’s piazzas and porticos.

If these walls could talk…

The medieval walls that originally protected the city from attack are mostly still intact and form the boundary of the historic center. And at Palazzo del Podestà, a civic building that dates back to the 13th century, the walls speak to more than just centuries of history.

Within the building’s vault, the Voltone del Podestà, visitors find a unique surprise—a whispering wall. The walls are built in a way to carry soundwaves, so you can quietly whisper into the wall and your message can be heard by someone standing in the diagonally opposite corner of the vault.

The whispering walls are one of the Seven Secrets of Bologna, a series of cultural mysteries and quirks–but you’ll need to visit for yourself to find out the other six.

It’s time for a spritz

Italy does happy hour right—the before-dinner aperitivo has long been a part of its culture. But no place does it quite like Bologna. The combination of a youthful population, lots and lots of bars, and what may be the world’s tastiest happy hour snacks mean that aperitivo time is the best time of day here.

Aperitivo hotspots include narrow Via Pescherie Vecchie, covered Mercato delle Erbe, and boho Via del Pratello. Order a classic Negroni or an Aperol Spritz, and enjoy this beautiful Italian tradition of slowing down, chatting with friends, enjoying life, and doing some people-watching.

Bologna is the capital of Italy’s fascinating Emilia-Romagna region, so after you’ve had a few days soaking up the sights of the city, it also makes for a great base for exploring this less-visited part of northern Italy. There are plenty of picture-perfect Renaissance towns to explore, with no shortage of museums, castles, fortresses, and wineries.

And if you find yourself in the northern Italian countryside and you hear the roar of engines, it’s not your imagination. The assembly lines for Ferrari, Lamborghini, and Maserati are all outside Bologna–the latter two, along with Pagani and Ducati, offer factory tours where you can watch the cars come together. Fast car lovers and those passionate about automotive history can also ogle a handful of museums dedicated to the region’s car-building tradition.

The Italy that works

As the rest of Italy slogs through years of economic malaise, Bologna’s economy seems unstoppable. Unemployment rates here are much lower than in the rest of Italy, and it’s number one in the country for economic growth.

Bologna’s financial health is in part due to the city’s economic diversity. With a strong industrial sector, particularly in packaging, plus textiles, tourism, education, printing, and agricultural cooperatives, there’s no shortage of opportunity in the city. And those opportunities translate to higher salaries, better housing and healthcare, and the great quality of life that keeps people in the city.

Join Scott's Cheap Flights to get amazing deals on flights to Italy and around the world.

Thank you! Your submission has been received!
Oops! Something went wrong while submitting the form.
Last Updated
December 22, 2021 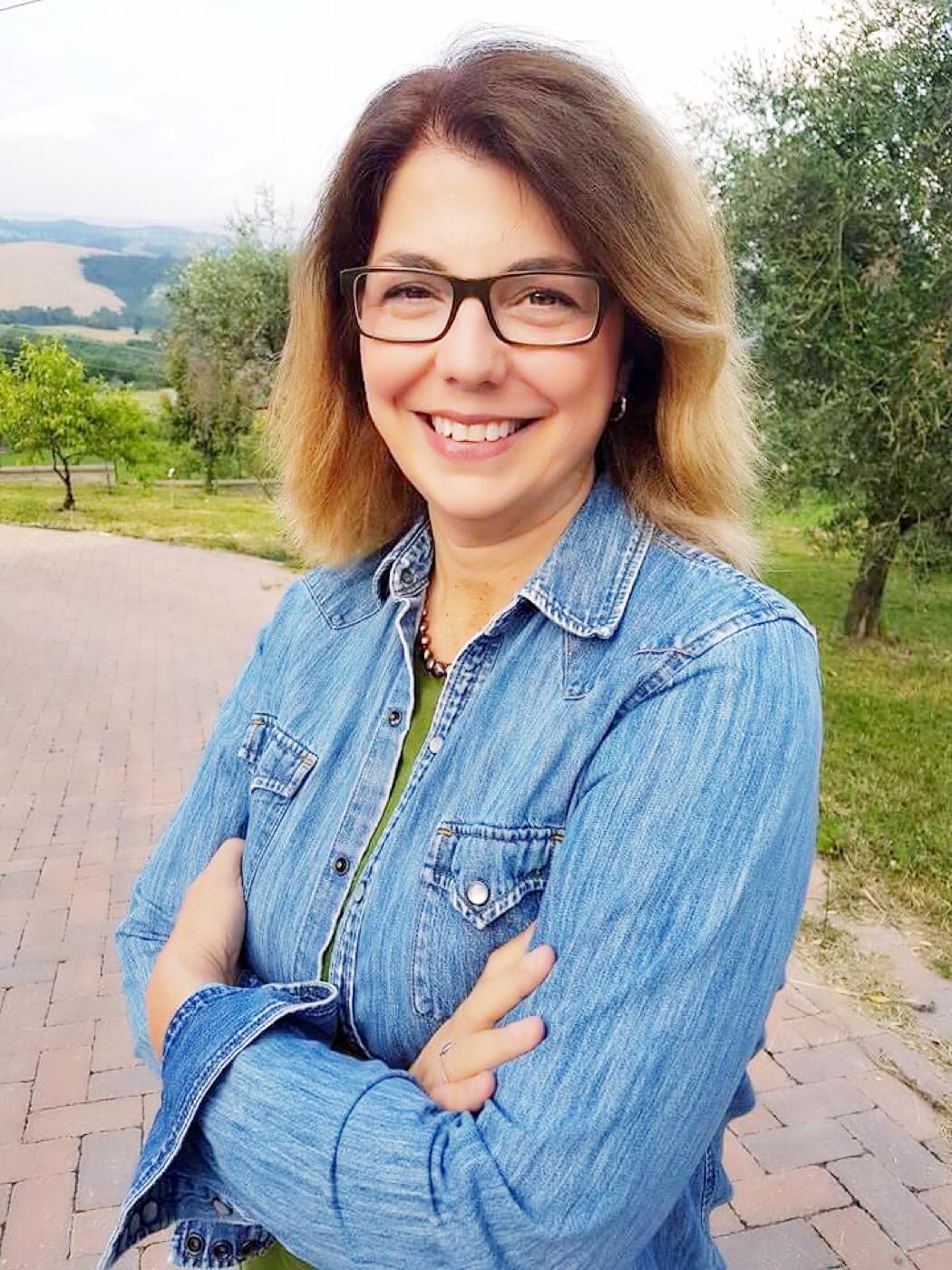 Elizabeth is a writer and editor who’s lived in Italy since 2009. She’d almost rather that visitors to Italy didn’t “discover” Bologna, but this underrated city is too good not to share.