Uruguay: The Small South American Country Where Fútbol is Life 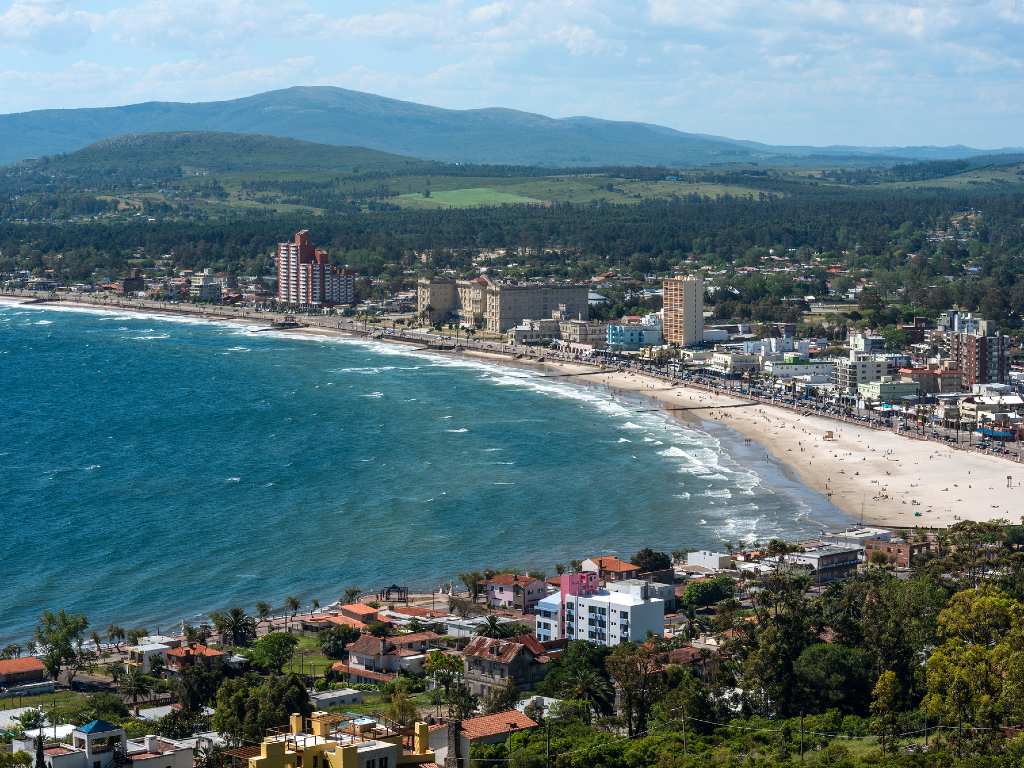 Tucked away on the southeastern coast of South America between Brazil and Argentina, the little country of Uruguay is roughly the size of the US state of Washington. It’s the second-smallest country in South America and home to just 3.5 million people.

Its capital, Montevideo, is the only big city—where over a third of the population lives—and it’s also just a two-hour ferry ride from Buenos Aires. Outside Montevideo, there are endless beaches to discover along the country’s eastern coastline, as well as charming small towns and award-winning vineyards in the interior.

Given its imposing neighbors, Uruguay is often overlooked by visitors to the region, but as Anthony Bourdain said in Parts Unknown, “There’s a vibe here that just is unlike any other place on the continent.”

The river of colorful birds

Thanks to the Guaraní, one of the groups of indigenous peoples of South America, Uruguay has a beautifully evocative name. In the language of the Guaraní, the word Uruguay means “the river of colorful or painted birds.”

The Charrúa were another indigenous nation who lived in Uruguay long before European colonists arrived. Their memory lives on today in the Uruguayan expression and battle cry “garra charrúa,” which means to give your all, even when the odds are against you.

Rambling along the Rambla

Speaking of rivers, pull up a map of South America and look for a little dent in the coastline between Uruguay and Argentina. In reality, that indentation is the widest river in the world, and it’s called the Río de la Plata (Spanish for “River of Silver”).

Uruguayans love their river, and there’s no better proof of this than the Rambla in Montevideo. Stretching out along the coast for almost 14 miles, the Rambla is one of the longest boardwalks in the world—more than three times the length of the famous Atlantic City boardwalk, which is just four miles long. At sunset on any given night you’ll find the path bustling with walkers, runners, cyclists, and rollerbladers getting their daily dose of fresh air and sweeping river views.

Are you ready for some fútbol?

It’s difficult to overstate the role that soccer plays in Uruguay. From pickup games on the street to World Cup matches on a global stage, fútbol is the national pastime—and it’s all because of the World Cup that Uruguay has such a passionate connection with the sport.

After Uruguay won the gold medal in men’s soccer at the 1924 and 1928 Summer Olympics, FIFA (the international governing body of association football) chose Uruguay to host the inaugural World Cup in 1930. Not only did they win that first tournament, but they also won the 1950 World Cup, in a hotly contested final match against Brazil that’s known as the Maracanazo. With such a storied legacy, it’s no surprise that soccer is woven so deeply into the country’s cultural fabric.

Yerba mate is considered the national drink of Uruguay. Mate isn’t technically “tea,” since its bitter leaves come from the holly family, and it’s also unique for how it’s prepared: in a traditional gourd-shaped cup, with a thermos of hot water and a metal straw called a bombilla.

The most important thing to know about mate, though, is that it’s a deeply meaningful ritual in Uruguayan culture. When a group of friends or family come together, they’ll often share a single mate gourd and one person—known as the cebador—will take on the role of serving the mate.

Mate is so communal, in fact, that when the first cases of Covid-19 arrived in Uruguay, a key message in health and safety measures was encouraging people not to share their mate.

To make mate at home, check out this colorfully illustrated guide.

The longest carnival in the world

Uruguay may be the second-smallest country in South America (geographically speaking), but it also boasts the longest celebration of Carnival in the world. Known locally as Carnaval, the festivities last for 50 days, from early January to the end of February.

Carnival in Uruguay is an amazing time to witness candombe, a musical style featuring troupes of drummers led by dancers and flag bearers. Candombe is such an important tradition—especially to the country’s Afro-Uruguayan communities—that in 2009, UNESCO named it part of the Intangible Cultural Heritage of Humanity.

Escape to the countryside

When you compare Uruguay’s natural landscapes to those in Brazil and Argentina—from the cascades of Iguazu Falls to the glaciers and peaks of Patagonia—Uruguay can seem far less dramatic (its highest point is just under 1,700 feet). But the rolling Uruguayan countryside, referred to simply as the interior, holds a special peace and beauty of its own.

The countryside has also been home to gauchos for more than 200 years. Like cowboys in the American West, gauchos are an archetypal figure in Uruguay, whose values and traditions are still celebrated today.

The pasta that brings good fortune

On the 29th of every month, people across the country celebrate Ñoqui Day by having potato ñoquis (as gnocchis are spelled in Uruguayan Spanish), either at home or in restaurants.

The tradition started in the 19th century, within the large communities of Italian immigrants. At the end of each month, when families were often low on cash, neighborhoods would come together and make a big batch of ñoquis—a type of pasta made from soft potato dumplings—which were as economical to make as they were filling to eat.

Moreover, they’d place a coin under their plate as a wish for prosperity, and since payday was just a day or two away, ñoquis always delivered on their promise.

Where asados are a way of life

Uruguayans eat more beef than anywhere else in the world (per capita) and cows are said to outnumber people by at least three to one.

Even one of Uruguay’s only two UNESCO World Heritage sites is the former meat processing plant of Fray Bentos, which was a top supplier for Allied troops during World War II.

Today, Uruguay’s love of beef most often expresses itself in asados, or barbecues. Many homes are outfitted with a special kind of iron grill called a parrilla, where different cuts of meat are slowly cooked over the glowing embers of a wood fire and are often served with chimichurri sauce. Asados play a starring role on every Uruguayan’s social calendar, and as Francis Mallmann—the famed Argentinian chef featured on the first season of Chef’s Table—has said, “What is a grilling party? It’s about happiness.”

Given Uruguay’s strong Italian and Spanish roots, it’s no surprise that late dinners are the norm. And so between lunch and dinner, a kind of “fourth meal” known as merienda is often eaten, or what might also be thought of as Uruguayan afternoon tea.

Families and friends come together for merienda in the early evening, sharing mate and small delicious pastries called bizcochos. There are two kinds of bizcochos—savory or sweet (salado or dulce, respectively), which can be filled with everything from ham and cheese to the decadent cousin of caramel, dulce de leche.

Uruguay isn’t one to be overshadowed by its neighbors, and that also holds true in the world of wine. Argentina has malbec, Chile has carménère, and Uruguay is proud to have tannat—a red wine varietal originally from southwest France, but which has since become the “national grape” of Uruguay over the past 150 years.

The country’s vineyards are even more impressive. In 2018, Bodega Garzón was named the New World Winery of the Year by Wine Enthusiast magazine, and in both 2019 and 2020, it was awarded second place in the World’s Best Vineyards.

The Switzerland of South America

In the early 20th century, Uruguay was considered the “Switzerland of South America,” as it was a pioneer in offering free public education and other social services.

From 1973 to 1985, however, Uruguay was under severe military rule (for a harrowing look at life during the dictatorship, watch the 2018 movie A Twelve-Year Night). But since then, Uruguay has resumed its role as a progressive leader in the region.

In 2013, it was the first country in the world to legalize marijuana, and it was the second country in Latin America to legalize gay marriage. Uruguay is also one of 22 democracies in the world where voting is compulsory, and its strong social contract is just one of the many things that led the New York Times to call Uruguay a “quiet democratic miracle.”

Read our guide to getting around cheaply in South America and join Scott's Cheap Flights to score amazingly cheap deals to Uruguay and around the world. 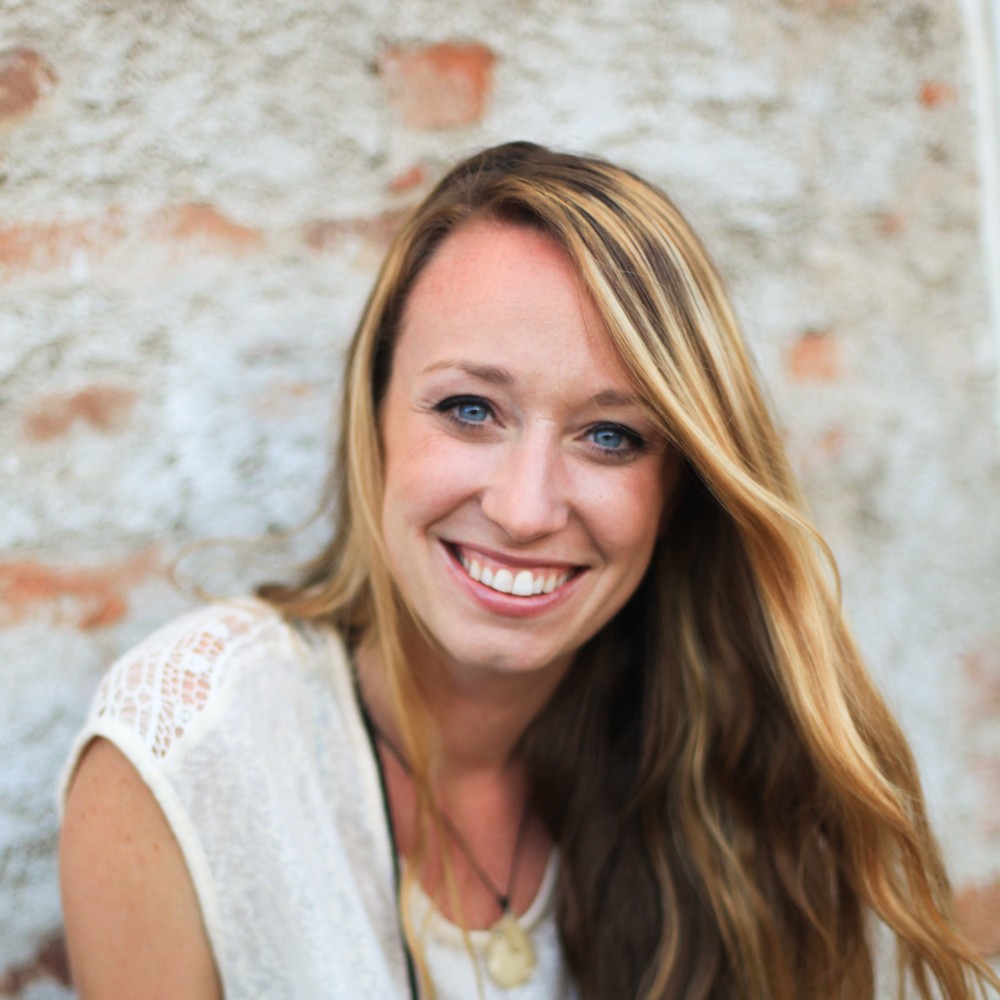 Candace is an author, artist, and Sleep Story writer for the popular meditation app Calm. After meeting her now-husband José in Norway, she moved to Uruguay in 2016 and has called the country home ever since. Over the past few years, she’s been to more asados than she can count, cheered on Uruguay in the World Cup, and left a big piece of her heart in the countryside.