The Complete Guide to Budget Airlines in South America 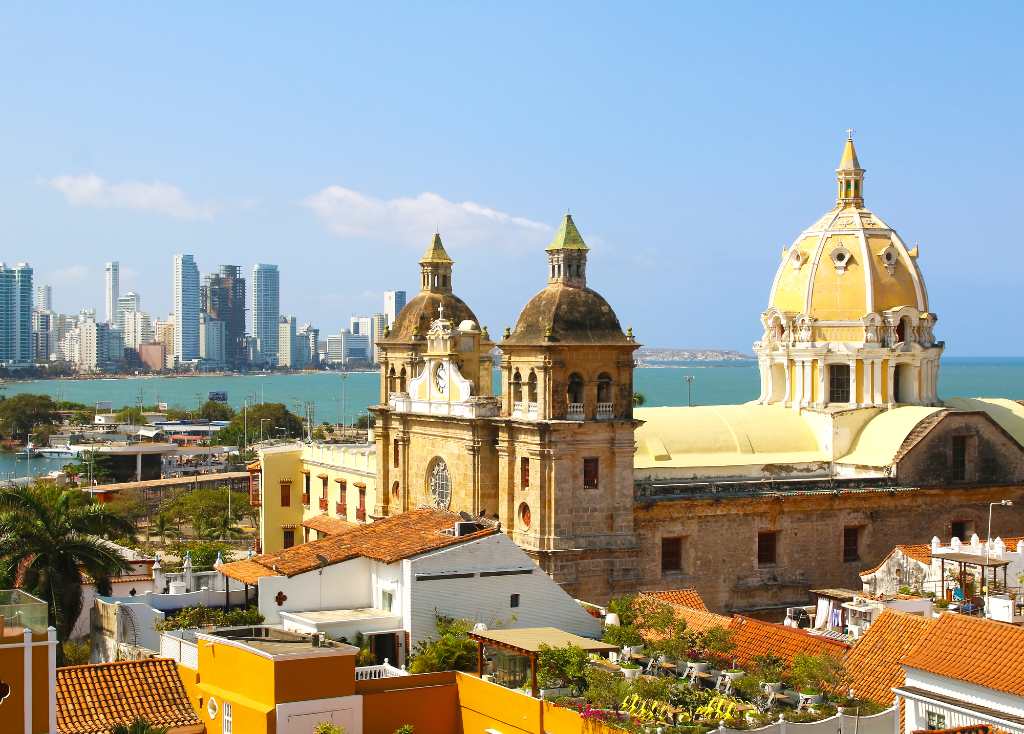 One of the recommendations we often make to travelers looking for cheap flights is to focus on getting across the ocean or to another continent as cheaply as possible, and then traveling within that continent on low-cost regional airlines or via ground transport.

This advice works exceptionally well in Europe, where short distances and a plethora of low-cost carriers means it’s cheap and easy to hop from city to city. In South America, this can be a bit more challenging. The continent is huge—about 75% larger than Europe—and there’s not a great train network like there is in Europe. Distances between the cities you want to visit can be vast and flying within the continent can be expensive.

Thankfully there are some low-cost airlines operating in South America. Like low-cost airlines elsewhere in the world, they tend to be no-frills and you’ll pay extra for everything from checked luggage to seat assignments, but they can save budget-minded travelers quite a lot of money.

To help you navigate the world of South American budget airlines, we’ve come up with a list of the biggest players, their pros and cons, and the extra fees they charge, so you can make an informed decision before booking your flights, whether you live in South America and want to travel around the region, or you’re visiting from abroad and planning to check out a few different countries.

It should also be noted that while LATAM, Aerolineas Argentinas, and Avianca—which are among the most popular airlines in South America—aren’t classified as budget airlines, it’s worth checking their fares out, as sometimes their prices can be competitive against these budget airlines.

All example fares were valid at the time of searching but they have likely changed.

Santiago-based Sky Airline is a solid no-frills budget carrier that primarily flies domestic routes within Chile, though it also flies to Argentina, Brazil, Peru, and Uruguay on a fleet of Airbus A319s, A320s, and A321s. The lowest fares only include a personal item—you’ll have to pay extra for carry-on and checked bags. Food costs extra, too, though rates for items like sandwiches are usually under $10. If you upgrade to a ticket that allows luggage and seat selection, expect to pay upwards of double the lowest fare—which is still a relatively low amount. Do note that there’s a $25 fee each for booking on the phone and checking in at the airport, so book and check-in online to keep costs down.

Looking at flights from Santiago to Punta Arenas three months out, fares cost about $50 roundtrip.

With the example roundtrip above costing $54, fees make up a big part of the total. If you add a carry-on, checked bag, and seat selection, the total cost of your trip doubles.

Amaszonas operates two subsidiaries: Amaszonas Línea Aérea, based in Bolivia, and Amaszonas Uruguay, based in Uruguay. The airlines fly within their home countries, as well as to Argentina, Brazil, Chile, Paraguay, and Peru, primarily on a fleet of Bombardier CRJ200 aircraft. Though the network isn’t very extensive, there are some key tourism routes, like La Paz to Cusco, the closest airport to Machu Picchu. (You can actually book a connecting flight from Cusco to Uyuni via La Paz, where the famous salt flats are located.) While fares aren’t as cheap as some other budget airlines in South America, carry-on and checked baggage is included. You’re also allowed to change your flights after booking—for a fee. Interestingly, you’re not allowed to choose your seats on Amaszonas at all.

Here’s an example fare from La Paz to Cusco for $226 roundtrip.

Since bags are included and you can’t select seats, the $226 fares is exactly what you pay.

Formerly called VivaColombia, Viva Air Colombia is a budget airline that primarily operates domestic flights in Colombia on its fleet of Airbus A320s. It also serves two international cities: Lima and Miami. Included with the cost of the lowest fares are one carry-on bag. Everything else, from seat selection to printing a boarding pass at the airport to snacks, are only available for an extra fee. That said, fares are extremely low, and the cost to upgrade to tickets that come with extras is very reasonable. A full-service ticket that includes a checked bag, a seat assignment, priority boarding, and free changes to the reservation, for instance, costs just over double the price of a low-fare ticket.

In the example above, a roundtrip Viva fare only costs around $46. But add a checked bag, carry-on, and seat selection each way, and those extra fees more than double the cost of the basic fare.

Though technically a North American budget airline based in Mexico, Interjet flies south to Colombia, Ecuador, and Peru, plus destinations across Central America, Mexico, and the United States. It has a fleet of primarily Airbus A320 and A321 aircraft, though it also has some Sukhoi Superjet 100 aircraft. The low-fare ticket includes a personal item, carry-on bag, and one piece of checked luggage for inter-Mexico flights and flights to/from Latin America, but seat selection has an additional fee. You can upgrade to tickets that include seat selection, extra luggage, and other perks for anywhere from $100 to $200 more.

Here’s an example of a one-way fare from El Salvador to Guayaquil for $134.

If you can snag both ways at the example fare above, that’s $268 roundtrip. However, both carry-on and checked bags are included and seat selection costs as little as $10 roundtrip, so the final total is pretty close to the basic fare without these “extras.”

As Brazil’s most popular budget airline, GOL operates an extensive route network all over South America, offering great deals on airfare. It has also partnered with numerous international airlines, including Delta, Copa, Air France, and Emirates, to provide codeshares that get passengers to destinations across the globe. Currently, it has a fleet comprising more than 100 Boeing 737 variants. Its low-fare ticket includes a personal item and a carry-on bag, but no checked luggage. Upgrades to tickets that include such perks as checked bags and seat assignments range from just $15 more to $60 more per flight.

Here’s a sample fare from Rio de Janeiro to Buenos Aires, where one-way flights are as low as $114.34.

If you can snag the return flight at a similar price, that puts the roundtrip in this example at $228. You’ll pay at least $28 to check a bag and choose your seat roundtrip, bringing your new total to about $256.

This Colombian low-cost airline owned by Copa flies to cities around the country, plus a number of destinations across Latin America and the Caribbean. Unlike other budget carriers, Wingo doesn’t offer different classes of tickets—every “extra” is charged à la carte, from seat assignments to checked bags. Fees for each, however, are relatively low. All passengers are allowed to bring a carry-on bag and a personal item free of charge.

One-way flights between Bogotá, the airline’s hub, and Cartagena are as low as $17 each way when booked at least three months in advance, as seen below, with roundtrip fares costing about $36. Domestic flights oftentimes clock in at around $50 roundtrip, with international flights being pricier, but still reasonable—a roundtrip flight between Bogotá and Havana, Cuba, for instance, is about $200.

Here’s an example flight between Bogotá and Cartagena for $110 roundtrip.

With a checked bag and seat selection adding about $26 roundtrip, fees make up a not-insignificant portion of the total (nearly 30%) but the overall cost is still pretty low at about $140 roundtrip.

JetSmart is a Chilean low-cost carrier. It offers decent domestic and international routes, fares are relatively low, extra fees are reasonable, and the fleet of Airbus A320s is modern.

One-way flights between Santiago and Punta Arenas are about $26 each way or $52 roundtrip.

Charges for carry-ons, checked bags, and seat selection will add at least $50 to your total—which in the example above doubles the cost of the fare without these extras.

Save up to 90% on flights from the US. Join Scott's Cheap Flights and get amazing flight deals sent right to your inbox.

Thank you! Your submission has been received!
Oops! Something went wrong while submitting the form.
Last Updated
April 5, 2022 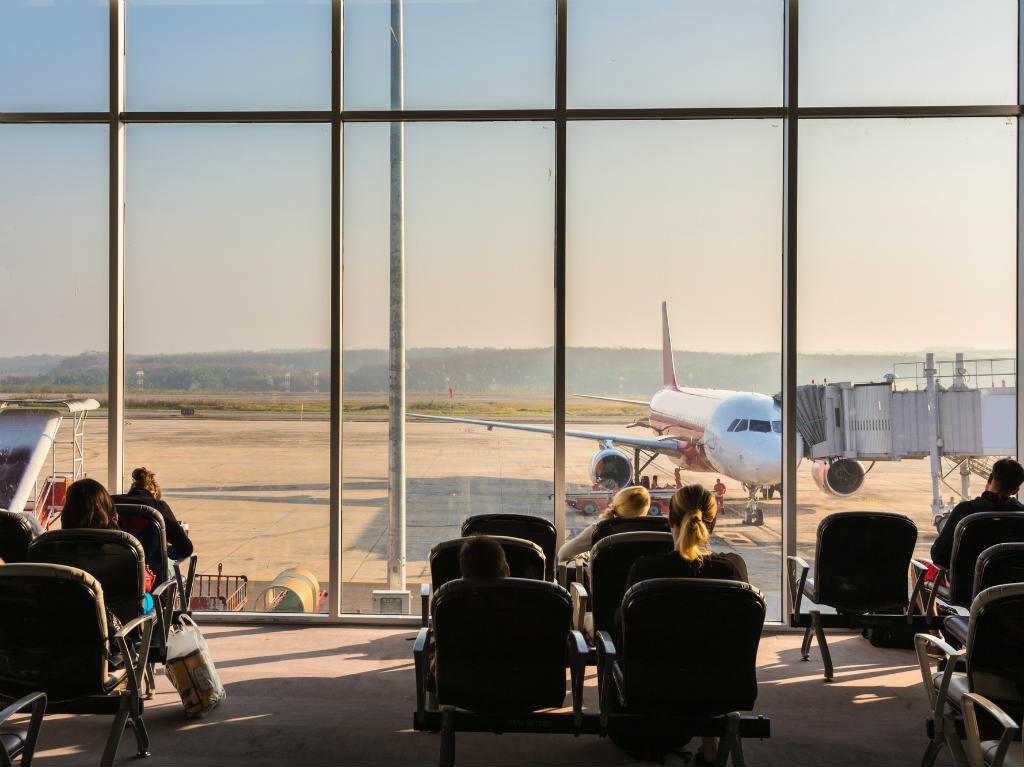 Airlines
What to Do If Your Airline Goes Bust
By
Scott Keyes
Mar 28, 2019

Airlines
The Best (and Worst) Budget Airlines for Cheap Flights from the US
By
Scott Keyes
May 4, 2022 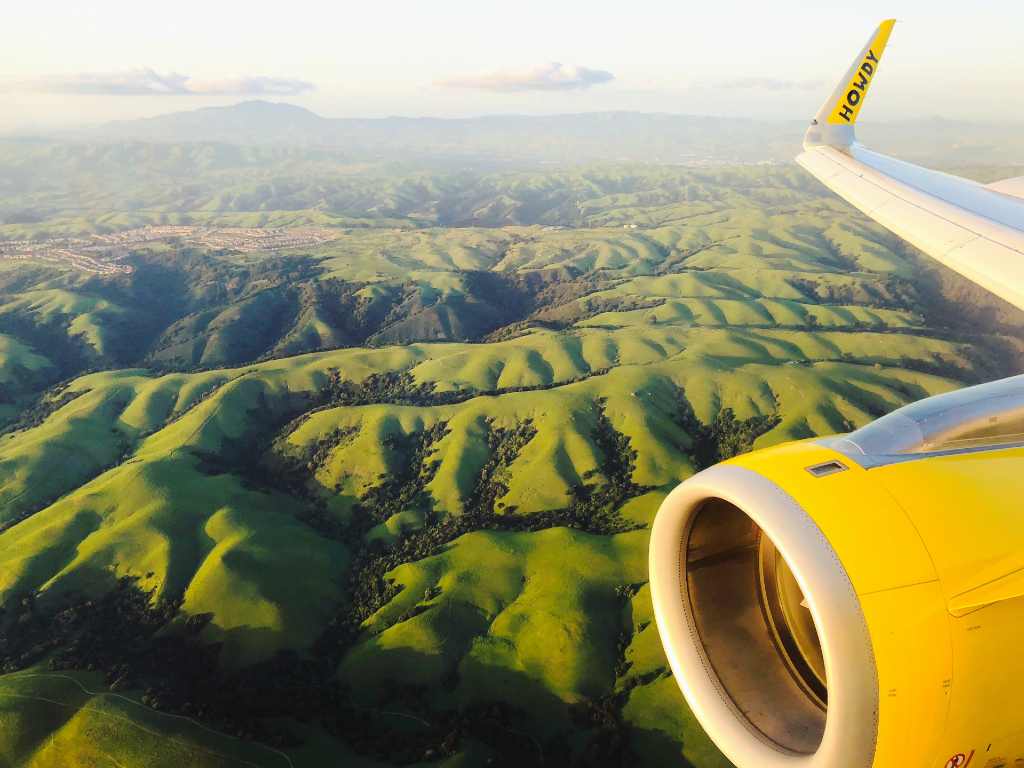 Airlines
The Best and Worst Budget Airlines for US Domestic Flights
By
Daniel Burnham
Mar 7, 2022