The Layover Guide to Seoul 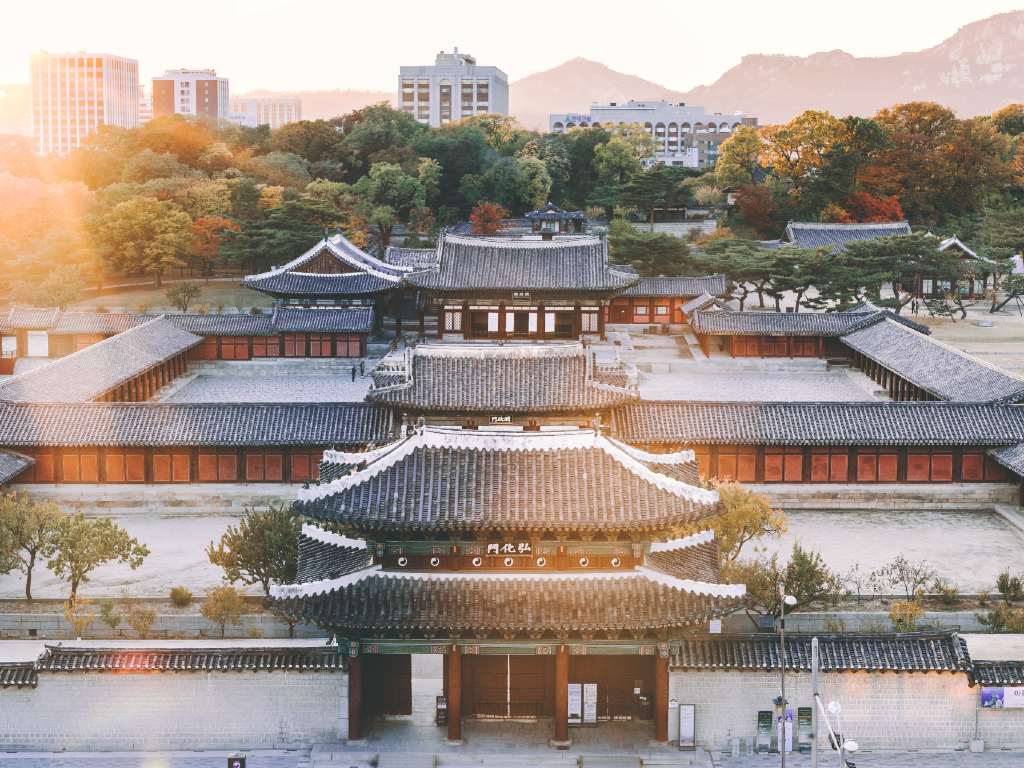 South Korea’s glimmering capital city is a fantastic place for a layover, as the city is easy to reach from the airport and has a zippy public transport system that makes getting around hassle-free.

In many ways, Seoul packs the best of Asia into one city, with quirky shops on bright neon-lit streets, lofty historical palaces, futuristic architecture, and a unique dining scene best sampled in its sizzling food markets and ultra-hip microbreweries. To stretch your legs and oxygenate during those precious hours between flights, you can ascend Seoul’s urban mountaintop or wander through the quiet, wooden laneways of a traditional hanok neighborhood.
‍

Americans can stay for 90 days visa-free.

To make an international to domestic connection: 90 mins - 3 hours

Incheon (ICN) is notoriously efficient for international connections—you should only need 45 minutes. You do not pass through customs or passport control, unless you are entering South Korea. There is one additional security check for international transfers, and the process is extremely efficient.

Your baggage should be checked through by your airline if your journey was booked as one itinerary. However, if you are changing airlines or are booked onto two separate itineraries, you may need to exit the terminal, collect and recheck your luggage and re-enter security. Allow 3-4 hours for transfer time in this case.

To leave the Seoul airport and explore for part of the day: 7 hrs+

To explore the city independently, account for potential delays, and allow plenty of time to get back to the airport for your next flight, you need at least seven hours. Even that only allows around three hours for exploring though, so a layover of 8-10 hours is even better.

Getting from the Seoul Incheon airport to the city center

Buses run from Incheon to hotels in the city center. They cost ₩9000 ($7.50) and take one hour. A taxi costs around ₩65,000 ($54) and can take 70 minutes. Detailed transportation information is available on Incheon airport’s website.

How to spend a short layover at the Seoul airport

Incheon Airport (ICN) is consistently rated among the world’s top airports, particularly for its connection and transit efficiency. There’s plenty to do inside to keep you occupied on a layover. The airport has several performance stages and “Korea Traditional Culture Experience Centers” in both terminals, which host craft and arts experiences where you can learn folk painting, try on traditional Korean clothing, and see music and dance performances. Terminal 1 also has a “Korean Cultural Street” styled like a traditional house.

There are displays of art, from the ancient to high-tech LED installations, throughout the airport. An observatory on the fifth floor in Terminal 2 has windows for plane-spotting, as well as a bunch of high-tech displays with aircraft technology and virtual reality experiences. A gym, several gardens, including an outdoor wildflower garden, and a golf club with an 18-hole putting course offer the chance to get moving.

There’s a huge range of dining options, both fast and sit-down, including a number of places to sample traditional Korean dishes, as well as treats from across Asia. Beyond the standard range of duty-free and international shopping, there’s a wide array of “K-beauty” products (Korean cosmetics) on offer, which are unique to South Korea. You can take that one step further by heading in for a traditional Korean massage or a beauty treatment at several spas in the airport.

For a bit of downtime, there are “Rest & Relaxation” lounge areas in both terminals that offer dimmed lighting, and short-stay and capsule hotels within easy reach.

How to spend a short Seoul layover outside the airport

Seoul’s sights are a fantastic mix of ancient and hypermodern. You’ll want to take in a historical palace or neighborhood to get a sense of the city’s long history. Pick one of the “Five Grand Palaces” from the Joseon Dynasty—Changdeok Palace is a Unesco World Heritage Site built in 1395, and tends to be less crowded than some of the others. You could opt instead to wander around Bukchon Hanok Village, a neighborhood of old wooden houses built in the traditional style. Many of these are now filled with shops and tea houses that offer some serenity for tired flyers. Namsan, a mountain right in the middle of the city, has walking paths and hiking trails. At the peak is the N Seoul Tower, where there’s a viewing platform at the top with views across the city.

You should also try to get a glimpse of some of Seoul’s hypermodern architecture. The best place for that is the Dongdaemun Design Plaza, a bizarrely shaped, steel building that looks like an alien ship, designed by star architect Zaha Hadid. Seoul also has two amazing examples of urban redevelopment: Cheong-gye-cheon, an old highway turned into a landscaped stream with walking paths, and Seoullo 7017, a former overpass reimagined into an elevated park.

Seoul is also a huge foodie city, so make sure to sample some local dishes at busy Gwangjang Market, or hop into a hip restaurant in the trendy Hongdae district to try out chimaek, a beloved tradition of fried chicken and beer.

How to spend an overnight layover in Seoul

Seoul has one of the most buzzing nightlife scenes in the world, and staying overnight is really worthwhile. Walk the streets of Myeongdong, a shopping district that’s absolutely covered in blazing neon, with stores and street-food stalls blaring loud K-pop music. There are also tons of great craft breweries and interesting local bars, most of which are located around Itaewon, a neighborhood that gets really busy with partiers and American servicemen and women having a night off from nearby Yongsan Garrison. Venture south of the Han River to Gangnam, a neighborhood full of trendy bars and upscale malls. It inspired South Korea’s most famous pop export: Psy’s “Gangnam Style”.

Great hotels are scattered all over Seoul, and there are several beautiful luxury hotels with amazing views and heritage architecture. The Shilla, which has views of Seoul’s city wall, is the place for a one-night-only, splash-the-cash stay. There are lots of mid-range business hotels near Seoul Station, while cheaper options and hostels are dotted around Itaewon, as well as on the west side of Seoul in Hongdae near Hongik University (there are also lots of cool speakeasies and cheaper bars here).

Incheon (ICN) offers free layover tours ranging between one and five hours, great if you have a long layover in Seoul. Tours leave and drop-off at registration desks in the terminal and are designed specifically for passengers, so you won’t miss your connection. Tours are themed and based on length, and visit some of Seoul’s most popular sights, such as temples, entertainment or shopping areas, historical palaces and markets. You have to book in advance online and may need to pay for entry to some of the ticketed palaces or sights yourself.

The official currency is South Korean won (₩). There are exchange counters in the airport or you can get cash from any ATM. International credit cards and mobile payments are widely accepted.

Seoul is not a bargain destination, but you don’t need to break the bank here, either. A mid-range hotel runs around ₩150,000 ($125) per night, and a mid-range Korean barbecue dinner costs around ₩40,000 ($30) per person. A ticket to a show or traditional performance is about the same as dinner. Public transportation is reasonable, with a single ride on Seoul Subway costing ₩1350 ($1.15).

Summers can be hot and humid (averaging 71–78°F), with monsoons bringing heavy rain from late June to mid-September. In the winter, Seoul tends to be frigid, dry and sometimes snowy, with temps ranging from 14–34°F. Spring (40–65°F) and fall (40–65°F) are the best time for comfortable weather, and flower and foliage viewing.

Seoul is an extremely safe city with much lower crime rates than most American cities. The city is efficient and clean and presents very low risk for travelers across the board. Visitors might note that the Demilitarized Zone (DMZ) and border with North Korea are very close to Seoul, where tensions have occasionally flared in the past. However, in practice this presents little risk for day-to-day visitors to Seoul, and many travelers opt to take one of the regular DMZ tours to see the border area first-hand.

Public transport is fast, clean and efficient. The Seoul Metropolitan Subway includes metro trains, light rail and commuter rail services that run every few minutes and together form one of the largest and best subway systems on earth. There are also numerous city buses, as well as a public bike-share scheme. Many of Seoul’s most interesting neighborhoods are best explored on foot.

Seoul has an amazing food scene that pulls in South Korea’s unique traditional cuisine, with a hefty dose of contemporary dining. If you only have time for one place, make it Gwangjang Market, where every color and kind of Korean fare is on offer from lively market chefs.

Some traditional dishes to look out for include bulgogi (marinated beef strips cooked in a hot griddle), bibimbap (vegetables and sauce over warm rice), kimchi (spicy pickled vegetables, usually cabbage, served as an appetizer or side) and Korean fried chicken. There’s also an amazing craft beer scene, and some traditional local drinks to look out for are makgeolli (lightly sparkling, milky rice wine) and soju (a clear, distilled spirit similar to vodka or sake).

The official language is Korean, though English is widely spoken around Seoul’s more touristy areas. If you stumble into a hole-in-the-wall restaurant, English might not be a given, but friendly hospitality (and probably a picture menu) will be.

Deoksugung is one of Seoul’s five grand palaces, dating to 1593, and the only one that you can visit at night, when the exteriors and intriguing architectural elements are illuminated. You can also see the changing of the guard ceremony at Deoksugung’s main gate at regular intervals during the day.

If you’re short on time, give Gyeongbok Palace a pass. It’s Seoul’s most popular historical attraction, but Changdeok Palace is less crowded and similarly beautiful.

>> Read our tips for booking a flight with a long layover or learn about flying cheaply within Asia. 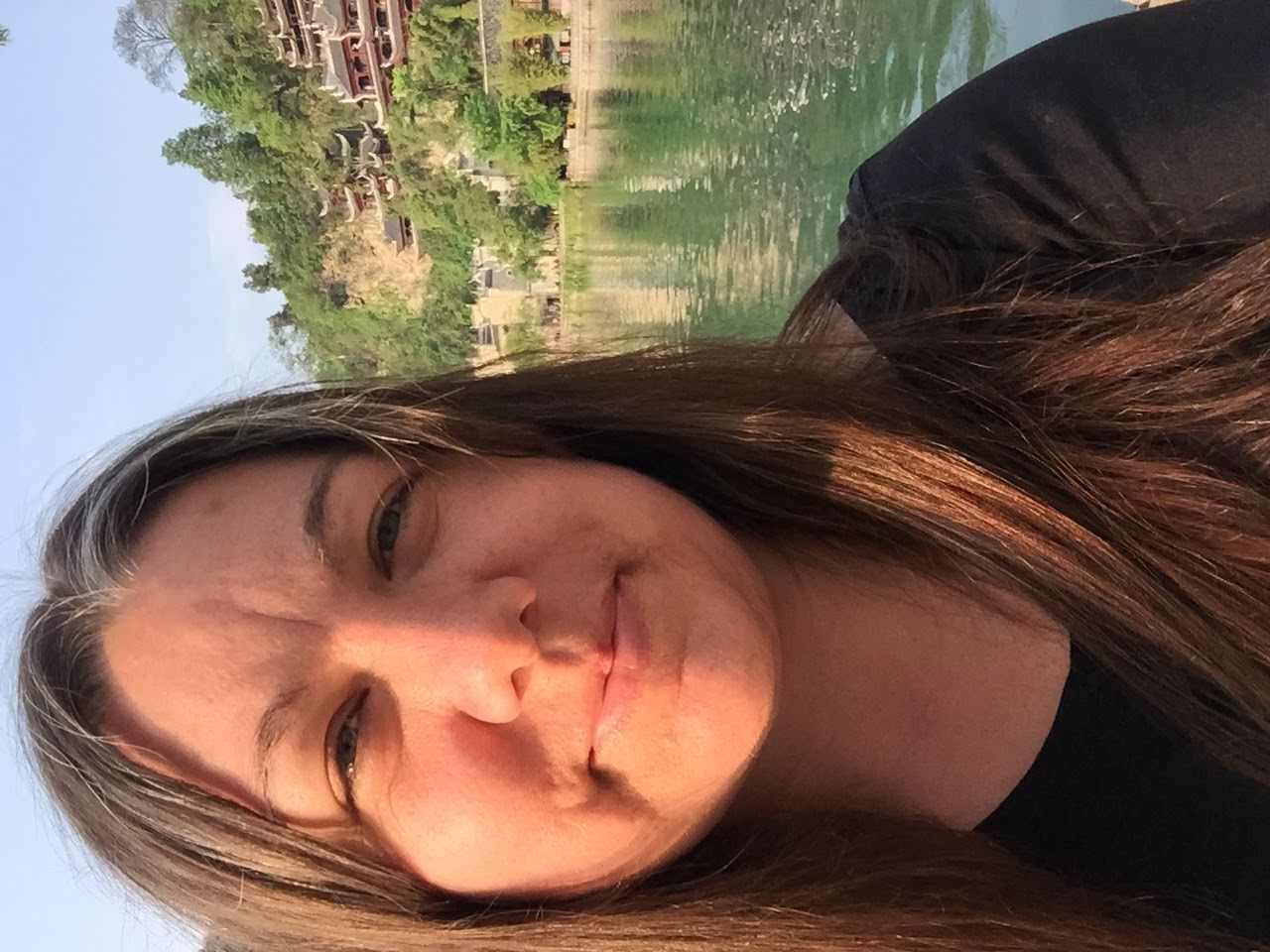 Megan Eaves is a travel author, consultant and advocate for sustainable travel and dark skies. Her writing appears in The Independent, CNN, Culture Trip, TimeOut, Travel Weekly, Horizon Guides and others. She was Lonely Planet's North and Central Asia Destination Editor and has written Lonely Planet guidebooks to China, South Korea and Tibet and DK guides to China, Shanghai and Beijing.