The Layover Guide to Istanbul 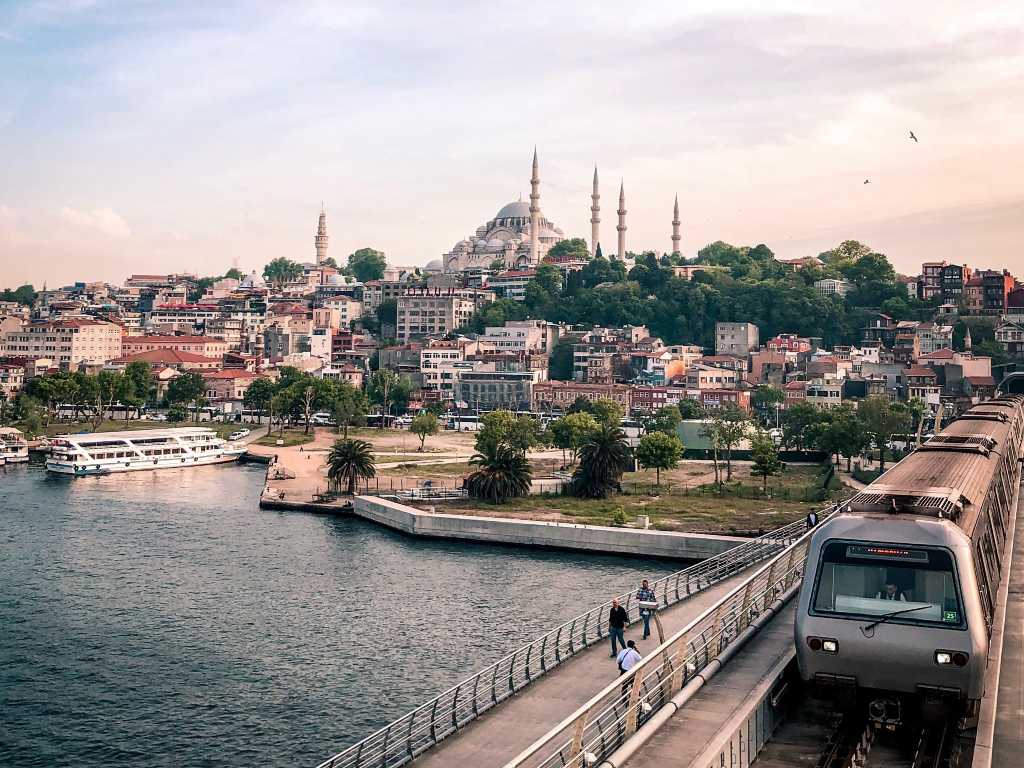 From mesmerizing Ottoman and Byzantine architecture, to bazaars filled with worldly treasures, legendary hammams, and lively restaurants, Istanbul is a feast for the senses. But it’s more than just a postcard-perfect skyline and memorable sites—thousands of years of history are layered on every street, and the city itself is divided on two continents. Each of the city’s dozens of neighborhoods are distinct, from Kadikoy’s aromatic food stalls, to Galata’s rich history, and Balat’s colorful buildings. If you’re lucky enough to get a long layover here, take advantage of every minute. Istanbul is a city that defies definition. You just have to see it for yourself.

If you leave the airport, you will need an e-Visa. It’s a quick and easy online process, which involves filling out this online application, paying the $50 fee (for US citizens), and printing your confirmed e-visa, and  Be sure to apply at least 48 hours before the departure time from your original destination.

Istanbul’s new airport (IST) is massive (15 million square feet), so don’t hedge your bets on making tight layovers. Even with the help of moving walkways, getting between gates can often take 20 minutes. Another passenger gripe is the lengthy taxiing time, so give yourself some extra buffer, if you can. Also be prepared for the possibility of additional security checkpoints between gates.

To make an international to domestic connection: 1.5 hours

If you’re connecting at IST, give yourself a minimum of 90 minutes to go through customs and immigration. Note that some domestic flights arrive and depart from Sabiha Gökçen International Airport (SAW). If you need to connect between IST and SAW allow at least four hours. It’ll take about one hour by taxi to travel from IST, which is north of the city to SAW, located south of Istanbul. Taxi is currently the only transportation option between the two airports.

Again this will depend on which airports you’re arriving at departing from. If your connection s within IST, two hours is a safe bet (though the official minimum is one hour). If you’ll need to transfer between airports, anything less than four hours will make for a stressful connection.

To leave the Istanbul airport and explore for part of the day: 8-12 hours

It takes at least 45 minutes without traffic to get to and from the airport and city center. If you have a shorter layover (around 8 hours), that will leave you enough time to explore the central Beyoglu District. If you want to tack on the historic Sultanahmet district as well, do so if you have a longer layover (closer to 12 hours).

To plan how much time you’ll have in the city, assume the following:

Getting from the Istanbul airport to the city center

Istanbul’s new airport is located farther afield than its previous international airport. At 27 miles from the city center, it’s a 45-minute drive.

There’s no metro to the airport (yet, though it’s being built), so your options are to travel by taxi (approximately 150 Turkish lira) or by bus (19 Turkish lira); both take roughly the same amount of time. The Havaist bus is easy, and you can catch it at the basement level at the airport and take it straight to Taksim Square, where you can transfer to the metro or set off on foot.

How to spend a short layover at the Istanbul airport

In certain places, Istanbul Airport can feel more like a shopping mall than an airport, thanks in part to having the world’s largest Duty Free shopping area, Unifree Duty Free. The gleaming, cavernous terminal houses a complex of designer shops (Louis Vuitton, Prada, Dior) and upscale Turkish restaurants and cafes. Taste of Anatolia provides a tour of traditional Turkish dishes in a casual-chic dining call, from doner kebabs, to an assortment of mezze, pides, and cheesy künefe. The Old Bazaar is a glitzier microcosm of goods you’d find beyond the airport, like Turkish delight, loose-leaf teas, and local ceramics. Yotel, a tech-forward airport hotel, offers a place to sleep with smart beds, mood lighting, and rain showerheads. Istanbul Airport’s app can help navigate the massive layout.

How to spend a short layover in Istanbul outside the airport

Get a taste of Istanbul’s greatest hits, concentrated in one walkable area. Take a taxi from the airport to Sultanahmet, Istanbul’s historic district in the old city. There, you’ll find Istanbul’s three most iconic sites, all in short strollable distance from each other.

The Hagia Sofia is a historic and cultural wonder: Built in the 6th century, by Byzantine Emperor Justinian I, it remained one of the world’s largest cathedrals for nearly a millennium. In the 15th century it was converted into a mosque and by 1935 it became the museum that it is today. Next door, Topkapı Palace remains just as enchanting as when it was home to Ottoman Sultans for 400 years. Surrounded by the Golden Horn, the Bosporus, and the Sea of Marmara, this opulent palace is a labyrinth of mesmerizing mosaics, lavish rooms, and lush courtyards. Nearby, the Blue Mosque gets its name from the 20,000 hand-painted blue tiles adorning its walls. Catch it in the morning or afternoon, when sunlight filters in through hundreds of windows.

Refuel with lunch at Seven Hills Restaurant. The view from the rooftop terrace provides a different perspective of the three aforementioned Sultanahmet sites, paired with traditional fare. A long list of mezzes, like roasted eggplant and fried pumpkin, are best followed-up with traditional local seafood like stuff-mussels or sea bream. If you still have an hour or so to spare, squeeze in a trip to the nearby Basilica Cistern, Istanbul’s largest ancient cistern with Corinthian columns dating back to the 6th century, or bargain for a souvenir at the Grand Bazaar.

How to spend an overnight layover in Istanbul

While the Sultanahmet district has plenty of hotels, consider positioning yourself away from the throngs of tourists, in Istanbul’s historic Beyoglu district. There, you’ll find affordable boutique hotels like the rustic-chic Hotel Bankerhan, which features exposed brick and local artwork in an 18th century building. Just up the hill is the sleek Georges Hotel Galata, an upscale boutique hotel with panoramic views of the Bosphorus and its own rooftop restaurant.

Spend the evening exploring Istanbul’s cache of creative venues nearby. Istanbul Modern showcases renowned Turkish and international artists. If you’re looking to splurge on a worthwhile dinner, Mikla boasts one of the best fine-dining meals in the city, with an unrivaled view from atop the Marmara Pera Hotel (book two weeks in advance), or for a more budget-friendly dinner, Aheste does an excellent modern rendition of Turkish classics.

Wind down the evening with a Whirling Dervish show at Galata Mevlevihanesi Müzesi, a historic dervish hall with a history stretching back centuries, and an intimate venue for being inspired by this Sufi tradition. Before returning to the airport the next morning, slot in a traditional Turkish bath at Kalic Ali Pasa, a beautiful historic hammam with modern amenities.

Turkish Airlines offers a slew of promotions like hotel vouchers for free overnight stays in four- and five-star hotels, for those flying Turkish Airlines and laying over in the city overnight. Touristanbul provides a range of free tours for travelers with layovers between 6-24 hours.

The official currency is the Turkish lira; you can exchange at the airport, or get cash from ATMs.

As far as world-class metropolitan cities go, Istanbul is fairly budget-friendly. A mid-range (3-star) hotel costs around 300 Turkish lira ($50 USD) and you can expect to spend around 120 Turkish lira ($20) for a mid-range dinner before drinks. Alcohol taxes have infamously increased every year for around the last decade, so expect to pay around $7 for a beer and $10 for a glass of wine at a bar—pricey, by Turkish standards. .

Late spring (May) and early fall (September) express the best of Istanbul’s weather: At 70 degrees Fahrenheit, days are pleasant enough where it’s still possible to sprint all over the city without stewing in sweat, and evenings are blissfully brisk yet still nice enough to enjoy the city’s many rooftop restaurants. Summer, while energetic, can feel like a hammam midday (85 degrees with high humidity). Winter doesn’t get too cold (44 degrees), but frequent rain might dampen plans.

Generally, Istanbul is a safe and friendly city to visit. You’ll likely be greeted by warm and gregarious Turks, with shop-owners inviting you in for tea and locals initiating friendly conversation with you. But like any big city—especially one of Istanbul’s size—staying aware and alert of your surroundings is essential to protecting your safety. In addition to that, it’s important to not take photos or videos of government buildings or officials (including police and military officers and equipment), avoid protests and large crowds, and dress modestly. In the past, Istanbul has been the target of several terrorist bombings at popular tourist sites, so always stay aware.

Invest in an Istanbul Kart card before you leave the airport. This rechargeable, prepaid card can be used on all of Istanbul’s public transportation lines: buses, metros, ferries, furniculars, and trams. All else can be seen by foot or taxi (note: Turkey doesn’t have Uber and Lyft, but you can download the local taxi app, BiTaksi). Without BiTaksi, taking taxis can be challenging if you don’t speak Turkish, and plan to pay in cash—sometimes toll fare is added to the bill.

Turkish cuisine is as diverse as its culture and you can sample a lot of it on an Istanbul layover. With culinary influences colliding from the east, west, Balkans, and beyond, you’ll find vegetable-centric dishes that use loads of eggplant, cucumber, and local herbs, as well as traditional meat dishes like doner and kebabs. Turks are known for having a sweet tooth, and that’s apparent through the myriad of dessert shops selling baklava and Turkish delight.

Nicole and Mikla serve up some of Istanbul’s best fine-dining fare. Meze by Lemon Tree creates beautiful renditions of classic Turkish dishes. Van Kahvalti Evi is a must-try for a traditional Turkish breakfast spread. Alexandra pours some of the best cocktails in Istanbul, in a lounge-style setting. Bomontiada is a trendy and modern, yet refreshingly casual, culinary complex with a mix of restaurants, a brewery, and events.

Turkish is the official language of Turkey, but you’ll find many guides and workers at iconic sites and large restaurants speak at least a bit of English. Most large restaurants and cafes have English menus. The more you veer off the beaten track, the less you’ll find English being spoken, including in some neighborhoods not at all. Don’t expect taxi drivers to speak English.

On the opposite side of Istiklal Caddesi is Galata. Amedieval citadel and former colony of the Republic of Genoa, it is now a trendy neighborhood. At the center, Galata Tower offers views of the Golden Horn, and spiraling out from there is a melange of cafes like Cafe Privato, which serves some of the best Turkish breakfast spreads in town, and boutique shops.

Don't go out of your way to visit Taksim Square. It might be a well-known name, but in its current incarnation it’s chaotic and crowded and there’s not much to see.

>> Learn more about why you should visit Istanbul, get the scoop on getting a Turkish visa, and join Scott's Cheap Flights to save hundreds on your next trip.

Thank you! Your submission has been received!
Oops! Something went wrong while submitting the form.
Last Updated
October 30, 2020 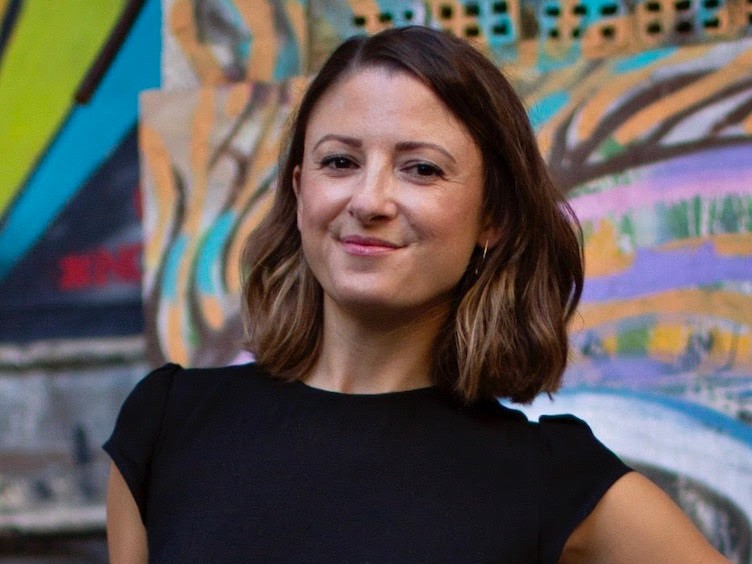