The Best Value Business, First, and Premium Economy Routes in 2022

If you’ve ever walked through first or business class and thought “if only,” this is the article for you.

First, we’ve got good news and bad. The bad news is that (Mistake Fares aside) even a pretty stellar deal in premium economy, business, or first class is generally going to cost significantly more than a great Scott’s Cheap Flights deal in economy.

The good news is that the deals we find on some routes in premium, business, or first are not much more than what most people are paying for those same routes in economy.

For example, $700 is a pretty average roundtrip economy fare to get from a major US city to Europe. A good deal, like the kind found by Scott’s Cheap Flights, would be more like $300 roundtrip. If getting to your destination as cheaply as possible—without resorting to terrible airlines and multiple layovers—is the name of your game, that $300 economy fare is for you. Now you have more money to spend on French crepes or Italian pasta or Swiss ski passes or a Croatia sailing adventure.

But if you were prepared to pay $700 for economy and then found out you could fly in style in premium economy on that very long flight for $600, that might be tempting.

Of course, $600 is still more than $300 (we're pretty good at math) and there's no shame in preferring the cheapest option. But if you thought premium economy, business, or first class was far out of reach, you might be surprised to find that on many routes, the Elite deals we find at Scott’s Cheap Flights don’t cost much more—and sometimes even cost less—than what most people are paying for economy.

If you want to experience luxury in the sky at least once, here are the routes where you can typically snag business, first, or premium economy seats for the lowest price.

Domestic first class flights are some of the best deals around, particularly on a per mile basis (for example, SEA-BOS and BOS-DUB are similar length flights but SEA-BOS is typically $1k vs. BOS-DUB which is typically $2.5k).

While the lowest prices are on short-haul domestic flights, long-haul domestic flights can be a great value when they’re on aircraft with lie-flat seats. Some of the best deals we’ve found for lie-flat seats on big jets with full international cabins include routes departing from United hubs like Denver, Newark, and San Francisco or between East Coast cities like New York, DC, and Boston. The latter routes often have lie-flat seat fares around $200 roundtrip.

Flights to Canada tend to be pricier than flights within the US, even when the distance is roughly the same (thanks in part to higher airport taxes). But we still find plenty of deals to Canada across all classes, and fares in business are an exceptionally good deal.

For example, typical economy class fares to Canada can be in the $500s without an SCF deal, but we’ve found business class fares from NYC to Halifax for $518, Tampa to Toronto to $598, and Phoenix to Vancouver for $562 roundtrip.

8. Business class flights to the Caribbean

Typical (not SCF deal) prices from the US to the Caribbean can be up to $600 roundtrip in economy, but for close to that price, you can ride in style with some of the deals we’ve found in business class, including many deals in lie-flat seats.

Some of our best Caribbean business class deals have been to Puerto Rico; we've seen roundtrip fares as low as $581 or $671 from Houston from Newark for lie-flat seats to San Juan. We often send connecting itineraries on AA with lie-flat seats as far as Miami, too (sure, once you connect in Miami you’ll be in a recliner seat, but that’s still a comfy way to go for the short hop across the ocean).

Non-SCF economy fares to Mexico are typically in the $500s depending on route, but we’ve found many business class fares in the same range, like Houston to Cozumel for $544, Philadelphia to Mexico City for $546, and Minneapolis to Mérida for $518 roundtrip.

Of course, the economy class deals we find are cheaper by about half (or more), but if you’re looking to kick off a Mexico vacation in style by upgrading to business, this is a relatively affordable way to do it.

Premium cabin flights to Central and South America are a great deal across the board, whether you’re looking to fly premium economy or business class. Typical non-SCF economy fares from much of the US range from $450 to $650 to Central America and the northern parts of South America (Colombia, Peru, Ecuador), but if you score a deal with SCF you can get there for about the same price in premium economy or business. Some flights, particularly those to Colombia, are generally in lie-flat seats, to boot.

5. Business class to Iceland (and beyond)

Typical economy class flights to Iceland, and Europe in general, can be around $950 roundtrip, but we’ve found our members flights on Icelandair's Saga Class—both to Iceland and onward to other cities in Europe—for not much more. As with all flights on Icelandair, if you book a flight to a destination other than Iceland, you can stopover in the country for up to seven day at no extra cost.

The catch with Icelandair’s Saga Class is that while technically it’s considered business class, the product is more like premium economy. The seats recline (but don’t lie flat). Still, it’s a great deal for a comfortable ride to Iceland.

4. Business class from Hawaii to Japan

Average non-SCF economy fares from Hawaii to Japan can run up to $1,100, but we’ve found Scott’s Cheap Flights Elite members deals in business class from Kona for $1,457 and from Honolulu for just $1,168. That’s great for those living on the islands, but it’s also pretty good news for mainland West Coasters, too.

It’s easy to use the Greek Islands Trick to book one of these super cheap fares from Hawaii to Japan, and then book a separate round trip from LA, SF, Vegas, Oakland, San Jose, San Diego, or Sacramento to Hawaii and schedule yourself a few days in the islands in between.

Additionally, we’ve seen some pretty great premium economy class fares to Japan from elsewhere in the US like $938 from LA and $1,229 from Seattle or Portland.

Before Scott’s Cheap Flights, who hasn’t paid $600 to $1,000 (or even more, depending on factors like the route and time of year) for an economy class flight to Europe? Most of us will raise our hands, as that’s actually the average (non-SCF deal) cost of a flight to the continent. And if you’re about to pay that much, some of the premium economy deals we’ve found aren’t much of a stretch.

For example, we’ve found our members roundtrip premium economy fares like Newark to Paris for $617, San Francisco to Stockholm for $663, Cleveland to Prague for $1,025, and Rochester to Amsterdam to $1,063. More legroom, extra recline, free checked bags, and a better meal—all for about the average cost of economy.

Asia can be one of the most expensive destinations to reach, but it doesn’t have to be. While typical non-SCF economy fares can range from around $900 to $1,200 roundtrip, we’ve found our members roundtrip trip fares in a class above—premium economy—for about the same price.

Africa tops even Asia as far as typically pricey continents. Average economy fares (not found by SCF) can reach $1,500 roundtrip, but we’ve found a handful of premium economy deals for our members that are slightly below that, like St. Louis to Johannesburg for $1,450 and Raleigh to Nairobi for $1,304 roundtrip.

We've even found business class to Africa for just a bit more than this, like Chicago to Cape Town for $1,792 and Dallas to Kenya for $1,726. Those prices aren’t cheap by any means, but when you compare them to the average price of an economy class ticket, they’re definitely a steal for a much nicer experience.

Thank you! Your submission has been received!
Oops! Something went wrong while submitting the form.
Last Updated
February 24, 2022 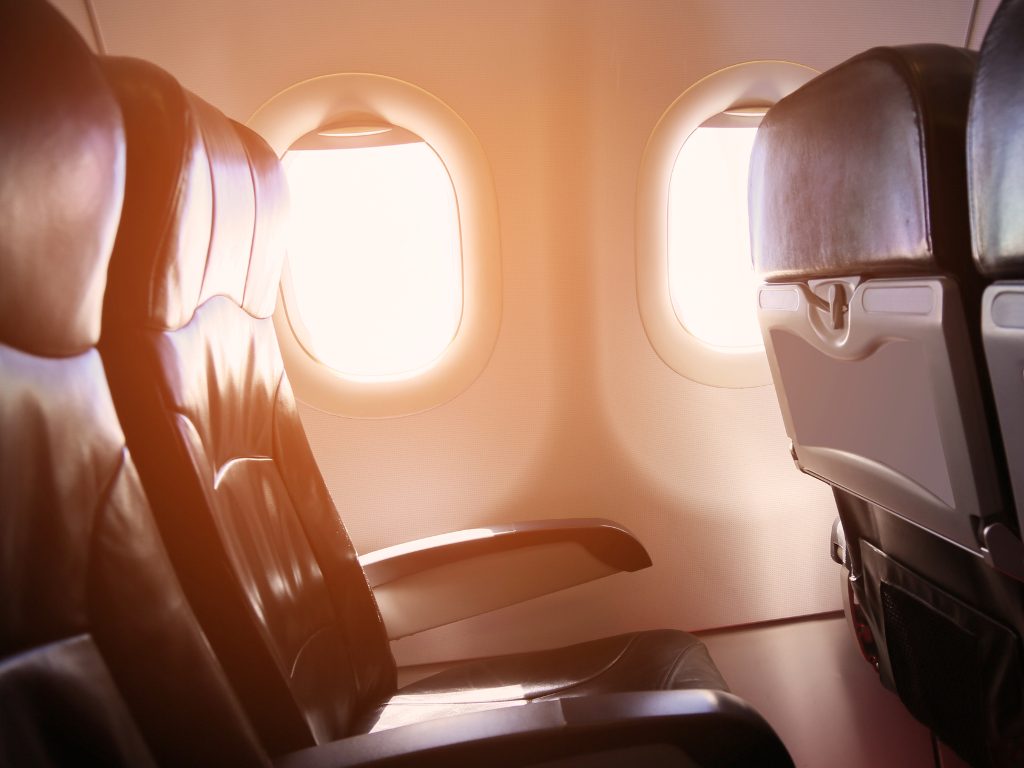