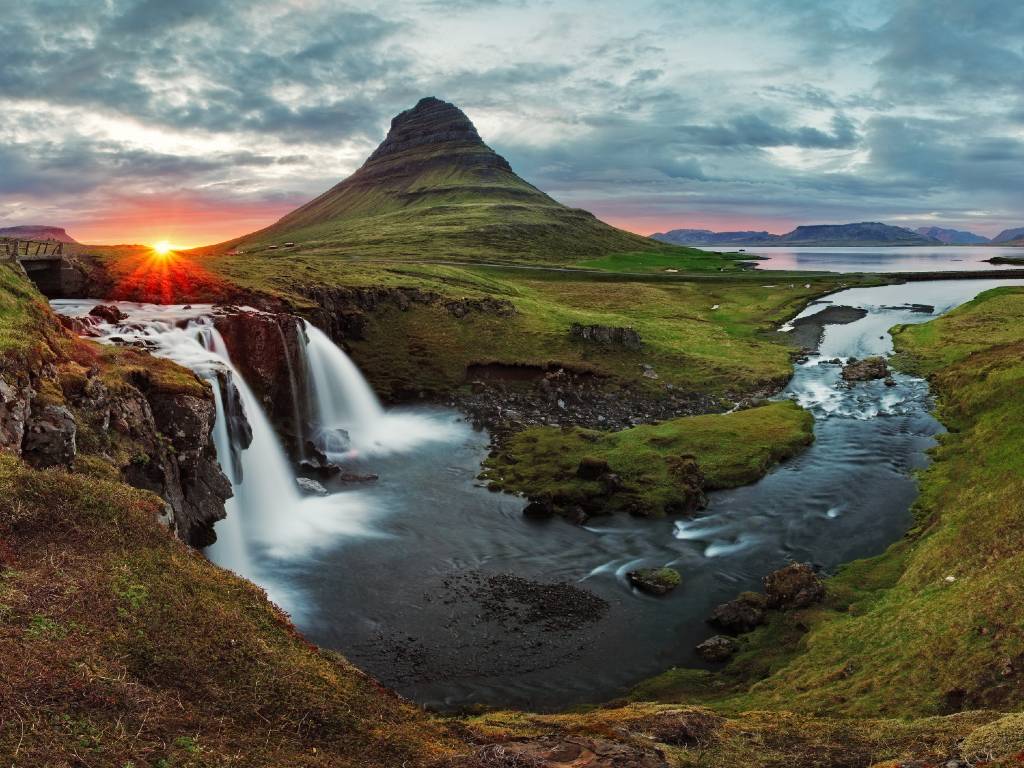 Iceland is only the size of Kentucky, but the diversity of its landscapes is staggering. There are windswept black sand beaches, turquoise glacial lagoons, mossy lava fields, and literally thousands of waterfalls. NASA even found the island so otherworldly they decided it was the best place to train astronauts for the first moon landing.

See for yourself at Iceland 360° VR, which hosts hundreds of panoramic photos. You can browse themes like waterfalls or glaciers, choose a specific region, or take a virtual sightseeing trip around the entire island.

The philosophy that’s hard to pronounce but easy to love

Life in Iceland can be challenging, but Icelanders are known for taking it all in stride. In fact, the closest the country has to a national slogan is “þetta reddast,” which encapsulates the idea that everything will work out in the end.

It’s less about blind faith and more of a determination to tackle whatever life brings with a little bit of optimism, ingenuity, and a good sense of humor. After all, that’s how the Icelandic people managed to thrive on this harsh island for centuries.

For a deeper look at the culture of Iceland, check out The Little Book of the Icelanders in the Old Days, a collection of short essays that cover everything from folk tales about elves to the origins of Icelandic words. It’s a funny, eye-opening look at how the people survived such an often-inhospitable land with humor and resilience.

If this island’s rocking….that’s totally normal

Iceland sits on a rift between two tectonic plates that are slowly growing apart, widening the island by 2cm per year. That movement brings heat and magma closer to the earth’s surface and creates the country’s volcanos, hot springs, and geysers. It also causes dozens of daily earthquakes—most of which are so small they’re imperceptible.

Icelandic cuisine gets a bad rap thanks to dishes like fermented shark, which Anthony Bourdain called “the single worst, most disgusting and terrible-tasting thing” he’s ever eaten. That’s not exactly a ringing endorsement, but those traditional foods are no longer representative of what the country has to offer. In fact, they’re typically reserved for holidays—and pranking tourists.

The country’s modern cuisine puts the focus on flavorful, fresh ingredients and simple preparations. The best example is plokkfiskur, a hearty dish of cod or whitefish mashed with boiled potatoes and butter and served with brown bread. Some versions call for smothering the whole thing in a creamy sauce and broiling until the top is crispy. The result is a heaping pile of salty, silky, slightly fishy mashed potatoes—a delicious comfort food that’s easy to make at home.

The Icelandic language is an ancient one, so when new words are needed, they’re often created by putting two words together. The result can be charming.

For example, a computer is called a tölva, which takes tala (number) and völva (prophetess) to create the lovely phrase, “prophetess of numbers.” If you ever had a walkman, what you had in Icelandic was a vasadiskó, which translates to the adorable “pocket disco.” And if this made you smile and you have dimples, you might have shown your spékoppar—or fun pots.

On Instagram, Every Single Word in Icelandic explores more of the quirks of the language through delightful illustrations.

Iceland’s Yule Lads are a group of mischievous fellows who visit children during the Christmas season, kind of like an Icelandic version of a prankster Santa Claus.

Over the 13 days before Christmas, a different Yule Lad arrives each day, leaving a small gift for each child—or a rotting potato if the child is on the naughty list—and wreaking his own brand of havoc.

For example, Sausage Swiper steals any tasty sausages left out, Door Slammer keeps everyone awake with his noise, Skyr Gobbler eats all the Icelandic yogurt, and Spoon Licker...well...he licks spoons.

Short and stocky Icelandic horses are often mistaken for ponies, but while they may be petite, they are indeed horses, as Icelanders will be quick to correct you. And it’s no wonder they’re proud of this unique breed, which (thanks to Iceland’s strict prohibition of importing horses) hasn’t changed much since the horses arrived in Iceland 1,000 years ago.

Friendly, smart, and adorably fuzzy, Icelandic horses are a joy to ride. They even have a special gait called the tölt—like a trot without the bouncing—that makes traversing Iceland’s uneven terrain a super smooth ride. Plus, did we mention how cute they are?

What’s in a name?

Iceland uses a patronymic naming system that adds the suffix son (son) or dóttir (daughter) to the father’s name to create the child’s last name. If someone named Jon has a daughter named Anna, the daughter’s full name is Anna Jonsdóttir.

Parents can’t choose just any first name, though. If they want to name their child something not on the list of thousands of approved names, they’ll need to get the name approved by the Icelandic Naming Committee. For example, in recent years, Ínes got the thumbs up while Leonardo did not.

Icelanders have a reputation for partying (on weekends, clubs stay open until 5am) but beer was actually banned in the country for most of the 20th century. The prohibition was lifted on March 1, 1989—the date is now celebrated annually as Beer Day—and since then Iceland’s microbrewery scene has exploded. One of the most popular brands, Einstök, is available in the US.

Folktales explain many of Iceland's natural wonders. For example, legend says that the Reynisdrangar sea stacks found off the coast of South Iceland were formed when two trolls dragged a three-masted ship to land; when the sun rose, they all turned to stone. And, Ásbyrgi, a 300-foot-deep, horseshoe-shaped canyon in North Iceland, was formed when Sleipnir, the eight-legged horse ridden by the Norse god Odin, touched a single hoof down to earth.

Iceland has played a role in many movies and TV shows, from The Secret Life of Walter Mitty to Game of Thrones. Most recently, it was a setting for the film Eurovision, starring Will Ferrell and Rachel McAdams.

The main characters hail from the northern Iceland town of Húsavík and (no spoilers) there’s a scene in which the two characters sing a song called Jaja Ding Dong in a local bar. Of course, a bar in the town has since claimed the song name as its own. The Jaja Ding Dong bar is now found at the Cape Hotel.

While Icelandic winters don’t get as cold as you might think (temps are on par with New York City) the season brings up to 20 hours of darkness each day and brutal storms with hurricane-force winds. It’s not all bad though, as winter is also the season of the Aurora Borealis, or Northern Lights, which can be viewed on clear nights from September to March.

For a glimpse of just how harsh the climate can be in winter, plus plenty of stunning footage of the Northern Lights, check out Under an Arctic Sky, in which adventure photographer and filmmaker Chris Burkard sets out to make a documentary about surfing—in winter!—in Iceland. The movie captures some of Iceland’s epic landscapes along with the challenges of visiting and living in the country’s most remote corners in winter.

Icelanders also consume the most Coca-Cola and read the most books, per capita, than any other country’s residents. Thanks to its small population, Iceland even tops the list of most Nobel Prize winners per capita—with a single winner.

Björk introduced Icelandic music to the world in the 1980s and the island has continued to produce more than its fair share of musical talent. Sigur Rós, Seabear, Of Monsters and Men, and Kaleo have all hit it big internationally, but Iceland has plenty of up-and-comers, too.

Grab your vasadiskó and spice up your mixtape with rap duo Úlfur Úlfur, bluesy Mugison, experimental Múm, or the Iceland Airwaves Spotify playlist.

Water takes many shapes in Iceland. It steams from hot springs, gurgles in rivers, thunders over more than 10,000 waterfalls, and provides nearly 73% of the country’s energy through hydropower.

Hot water piped underneath Reykjavik’s sidewalks ensure they never ice over, and that locals never go without a hot shower (even if it smells a bit sulfuric). The tap water in Iceland is so pure that Icelanders joke that the only people who’d be caught buying bottled water are tourists who don’t know better.

There are hundreds of hot springs in Iceland, from large commercial spring-fed pools to tiny “hot pots” hidden in the countryside—all caused by the island’s geothermal activity. They’re not just swimming holes though; hot springs are the center of social life in Iceland.

If you’ve ever opened Instagram, you’ve seen images of the most famous hot spring: the Blue Lagoon. Yes, it’s touristy, but it’s still magical. While the lagoon is man-made, the geothermally heated water that fills it comes from deep underground and brings with it silica, which is dissolved mineral-rich rock.

The Blue Lagoon sells its own line of skin care products using this silica, and though it’s not quite the same as being there, it’s still pretty nice to drop an aqua-blue bath bomb in your tub, smooth on a silica mask, and dream of Iceland for a while.

Scott's Cheap Flights frequently finds deals for under $300 to Iceland. Sign up and save an average of $550 per flight. 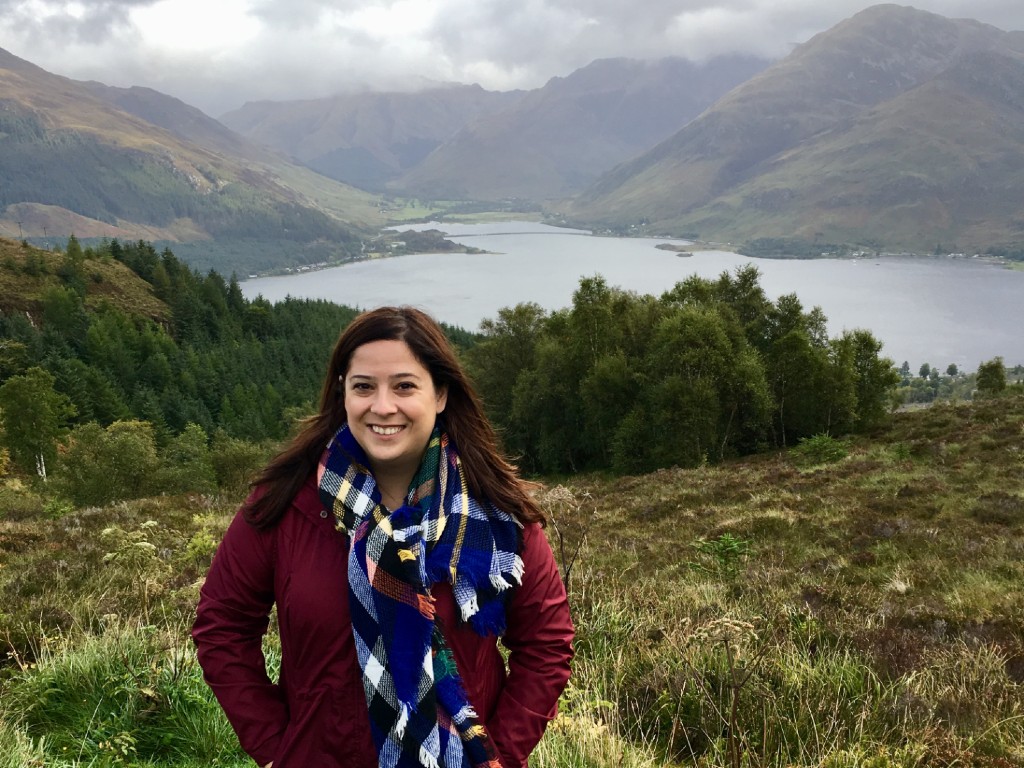 Katie has been to 30 countries, including multiple repeats to her favorite places: Iceland, France, Germany, and Argentina. She prefers markets to museums, hates cucumbers, and once slept the entire duration of an 8-hour flight. Originally from Detroit, she lived in Seattle and Chicago before settling in the San Francisco Bay Area with her husband and their two strange cats.