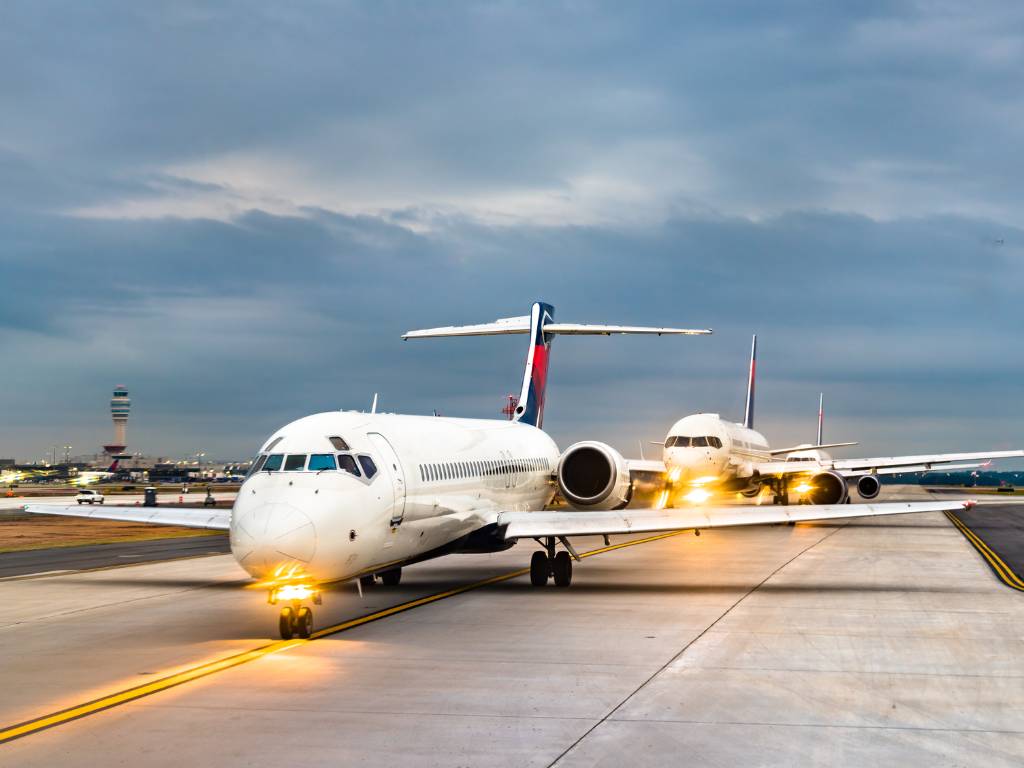 Updated each month by global data provider OAG, the busy-ness of airports around the world is calculated using their total airline capacity for both domestic and international flights. In December 2021, seven of the top 10 busiest airports were also in the top 10 in December 2019, so while there can be fluctuations caused by border closures, route and schedule changes, and airport development, for the most part the busiest airports remain pretty consistent.

One of the top search destinations both nationally and statewide, and with the end of restrictions on non-U.S. citizen visitors from 33 countries, MIA has more visitors now than it did pre-pandemic. The airport saw record traffic over Thanksgiving (164,000 passengers on November 28 alone), and expects record-high numbers during the winter holidays, as well.

To allow for long lines, the airport advises doing your airline check-in online, then arriving at least three hours prior to a domestic flight, and three-and-a-half for an international one. Fortunately, there’s free wifi, tons of airport lounges, and food options are largely excellent, including several outposts of Miami’s Cuban-cuisine treasure, Cafe Versailles. Just be sure to bring an extra layer for warmth, as MIA’s air conditioning can be oddly arctic.

>> Read our guide to finding cheap flights to Miami

Up from 20th place in 2019, Covid-19-era DEN has benefited from its Rocky Mountains surroundings inspiring a sense of open space and social distance.

Infrastructure has been slow to catch up, though, and long security lines and tardy trains between terminals have become the norm; four new security lanes are planned for early 2022, though, to accommodate 600 travelers per hour, and within a few years, 39 new gates.

In the meantime, DEN is still a delightful place to arrive early and/or have a layover. From the Big Blue Mustang sculpture that greets you outside, to a museum’s worth of paintings, murals, and sculptures inside, it’s easy to get your art on here. There’s also an ice skating rink, post-security water-bottle-filling stations, fast and free wifi, therapy cats and dogs, and an entire shopping district at your disposal.

>> Read our guide to Denver airport

The hub for the second-largest city in America, LAX has four of America’s busiest routes—to Honolulu (HNL), Dallas-Fort Worth (DFW), Las Vegas (LAS), and New York (JFK). Though often maligned for its long distance from the city, lack of connection to public transportation, and frequent congestion at security, it’s become increasingly user-friendly, thanks to an ongoing $14 billion renovation that promises to make it one of most state-of-the-art airports in the world in terms of technology, connectivity, and design.

SKYTRAX has named LAX one of America’s best airports for business travelers. Airline and Priority Pass lounges are plentiful, the free wifi is decent, and shopping in Terminal 2 rivals Rodeo Drive. Several of L.A.’s most popular local eateries have branches here, and a service called LAXOrderNow.com enables you to order food ahead for pickup.

It’s risky to leave the airport for destinations like Downtown LA or Santa Monica without a layover of at least eight hours, but with four at your disposal, you could climb in a taxi or rideshare and be on Manhattan Beach beside the Pacific Ocean within 20 minutes.

>> Read our guide to LAX

Though notorious for canceled flights and lengthy delays, it does have 17 airport lounges, many of which allow you to purchase a pass.

Alternatively, you can chow down on Chicago-style pizza and hot dogs, stock up on Garrett’s Popcorn and Vosges Chocolates, or peruse outposts of the Field Museum’s store. Purchase a pass to the Hilton Athletic Club, hit Terminal 3’s free yoga room, or just cruise the web with free wifi. But unless you have a delay or layover of 8 hours or more, consider sticking around; a round-trip to downtown Chicago on the L Train takes 45 minutes each way.

>> Read our guide to Chicago O'Hare

One of the two major airports in Tokyo, HND handles mostly domestic Japanese flights, with three of the world’s busiest domestic flights—Sapporo New Chitose (CTS), Fukuoka (FUK), and Okinawa Naha (OKA). It also accommodates a handful of international routes, with a few US flights on Delta, United, American, and Hawaiian Airlines.

Named “World’s Cleanest Airport” by SKYTRAX, Haneda is often preferred to Tokyo Narita (NRT) for its closer, eight-mile proximity to the city center. However, be aware that of HND’s three available means of public transport, only the Keikyu Limousine Bus offers a direct (that is no transfer required) route to Tokyo Station, where you’ll find several museums, the whimsical Tokyo Character Street, and a plethora of ramen shops.

DEL held the 10th spot in 2019, but its exemplary Covid-19 protocols and cleanliness have since earned it more travelers’ trust, as well as SKYTRAX’s award for “Best Airport in India and Central Asia.”

Of its three terminals, T3 is presently the most modern—and has the widest variety of food options—but T1 is undergoing a large-scale renovation that aims to steal that title. Throughout DEL, Wifi is free and (sometimes) fast, and power outlets and charging stations are plentiful, while in T3, couches, sleep pods, and an on-site transit hotel aim to ease long layovers. There’s even a massage and shower lounge in Terminal 3 Arrivals.

If you have a layover of seven or more hours, you’re in luck—DEL is located within the city of Delhi. Street traffic is famously nutty, so stick to transit on the Delhi Metro Airport Line to save time and stress. Check out Old Delhi, home to attractions like the Red Fort, and/or the shops and restaurants of Connaught Place.

With only three runways and one giant terminal, CAN accommodates four of the top 10 busiest routes in China, to Shanghai Hongqiao (SHA), Beijing Daxing (PKX), Chengdu (CTU), and Hangzhou (HGH). World Airport Awards sponsor SKYTRAX has named CAN “Best Airport in China” for its attentive staff, impeccable cleanliness, and excellent Covid-19 protocols, but it’s a pretty boring place to spend a long layover.

Wifi, pay-per-visit lounges, and on-site transit hotels are available, but shops, eateries, and any other form of entertainment are scarce. Fortunately, the airport is directly connected to the metro (a far preferable option to the bus, which has to crawl through epic local traffic), enabling an easy city excursion—to see attractions like the pandas at Chimelong Safari Park or the 1,982-foot-tall Canton Tower—with a layover of six or more hours.

Much like the Vatican, enormous DFW has its own zip code, as well as its own police and fire protection units, and the world’s only airport emergency room. Though up from 14th place in 2019, DFW has actually seen a 35% dip in traffic during Covid-19; a 2021 uptick in domestic travel has propelled its change in rank. DFW generally serves 260 destinations from 26 airlines, including American Airlines, for which it serves as the second-largest hub in the United States.

DFW is served by six different means of public transport, making it relatively easy to leave and return if you have a layover of at least six hours. Should you stick around DFW’s five terminals, though, you can purchase entry to various airport lounges and Minute Suites, enjoy some Texas BBQ, browse the Texas Marketplace, or visit one of two yoga studios (D40 and E31), mats included. Terminal C is undergoing technology renovations, and plans for a sixth terminal, with a price tag of roughly $3 billion, are now underway.

DXB facilitates a head-spinning 85 airlines, and five of the world’s busiest international routes—to Riyadh (RUH), London Heathrow (LHR), Kuwait (KWI), Karachi (KHI), and Jeddah (JED). Note that the international-only Terminal 3 is the most modern of DXB’s three terminals, and only it and Terminal 1 are directly connected to the airport’s transit area.

DXB is relatively close to the city center—13 minutes by car, 20 minutes by public transport—making it possible to explore downtown Dubai during a layover, as long as you have five or more hours to spare.

Otherwise, note that most of DXB’s eateries are open 24 hours, wifi is free, and shopping is world-class. DXB’s various lounges, sleep pods, on-site transit hotel, and two hotels within walking distance of Terminal 3 enable you to stay off the airport’s floors and catch some actual rest in this ever-noisy, always populated hub.

In addition to being the busiest airport in the world, ATL has the busiest route in America—ATL to Orlando (MCO). Still, it has a great track record for reliability, with only 1% of its flights ever canceled.

With 3.7 million travelers expected over the winter holidays, two changes have been made to maximize efficiency: the airport entrance has been moved to the North Economy parking lot, and an exclusive rideshare location has been created on the North lower level. The airport suggests arriving two hours before domestic flights, and three prior to international ones.

If you have a layover of five or more hours and want to leave ATL, avoid taxis and rideshares and stick to the regional MARTA train, which is only 30 minutes to the downtown Arts Center stop; Atlanta has a reputation for congested street traffic.

Inside ATL, you’ll be spoiled for food options and the wifi is free and unlimited, but unless you can find one of the comfiest sleeping spots in Concourse F or the International Terminal, stick to airport lounges, Minute Suites, or one of the nearby hotels connected by the ATL SkyTrain.

The busiest airports in the US

The United States is home to 5,082 public airports, the largest number of any country in the world. Each year, these airports add their passenger boarding data to the Air Carrier Activity Information System (ACAIS) database, which the Federal Aviation Administration (FAA) uses to decide which airports will receive federal funds to make improvements. According to this data, the airports listed below were the busiest in the US in 2019.

This biggest airports in the US

The best airports for cheap flights

We've pulled our own data to see which airports in the US are the best for snagging amazing cheap flight deals (that's what Scott's Cheap Flights is expert at, after all). Here's the list.

Thank you! Your submission has been received!
Oops! Something went wrong while submitting the form.
Last Updated
January 6, 2022 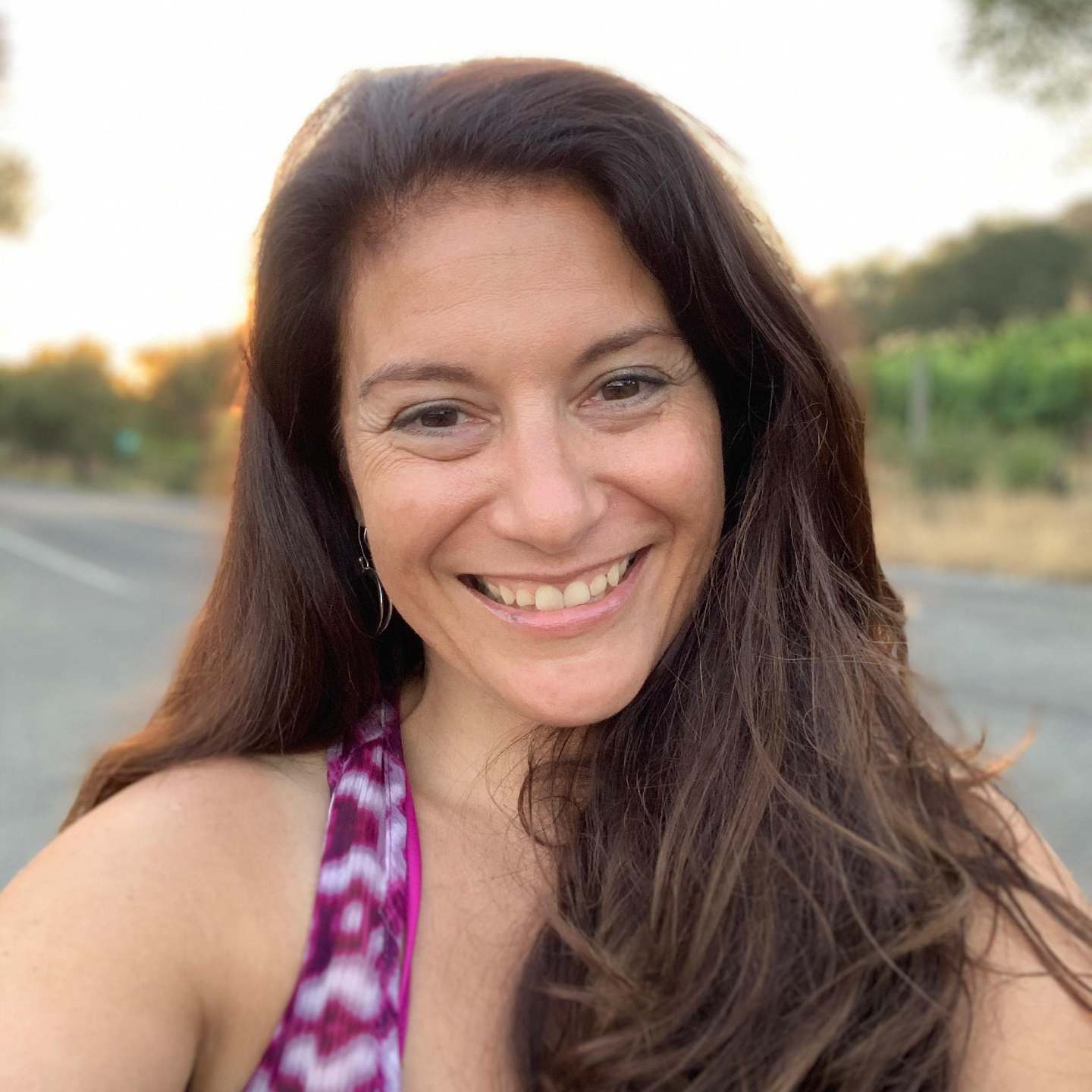 Airports
Everything You Need to Know About Flying Budget Airlines
By
Scott Keyes
Jan 14, 2021 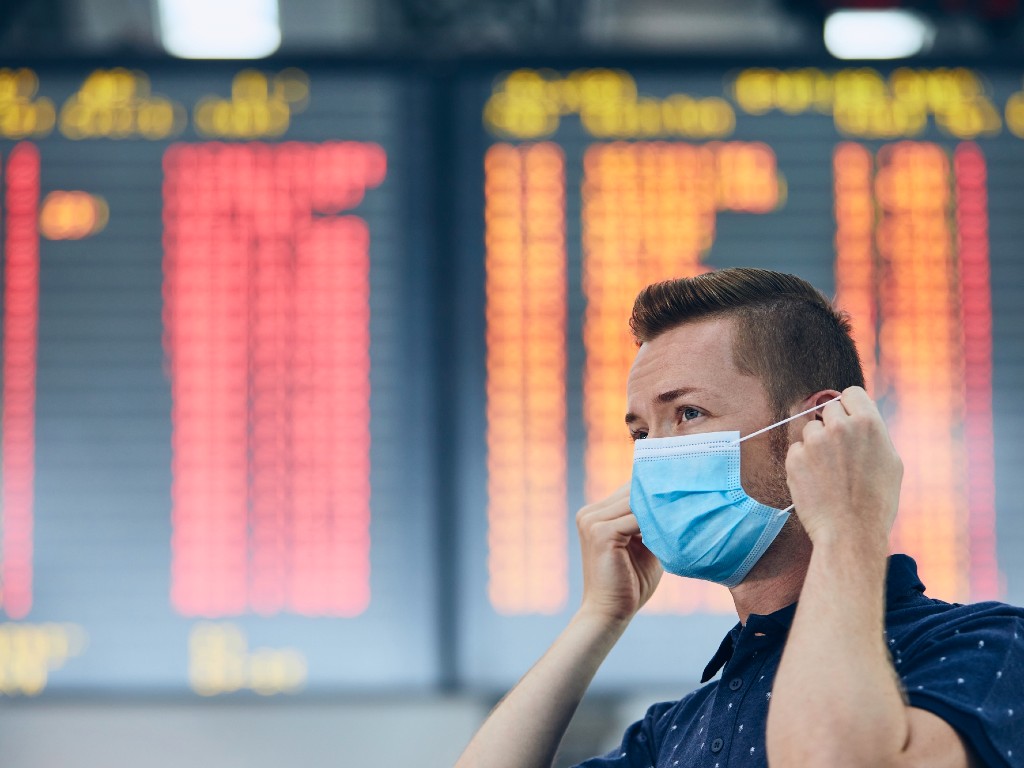 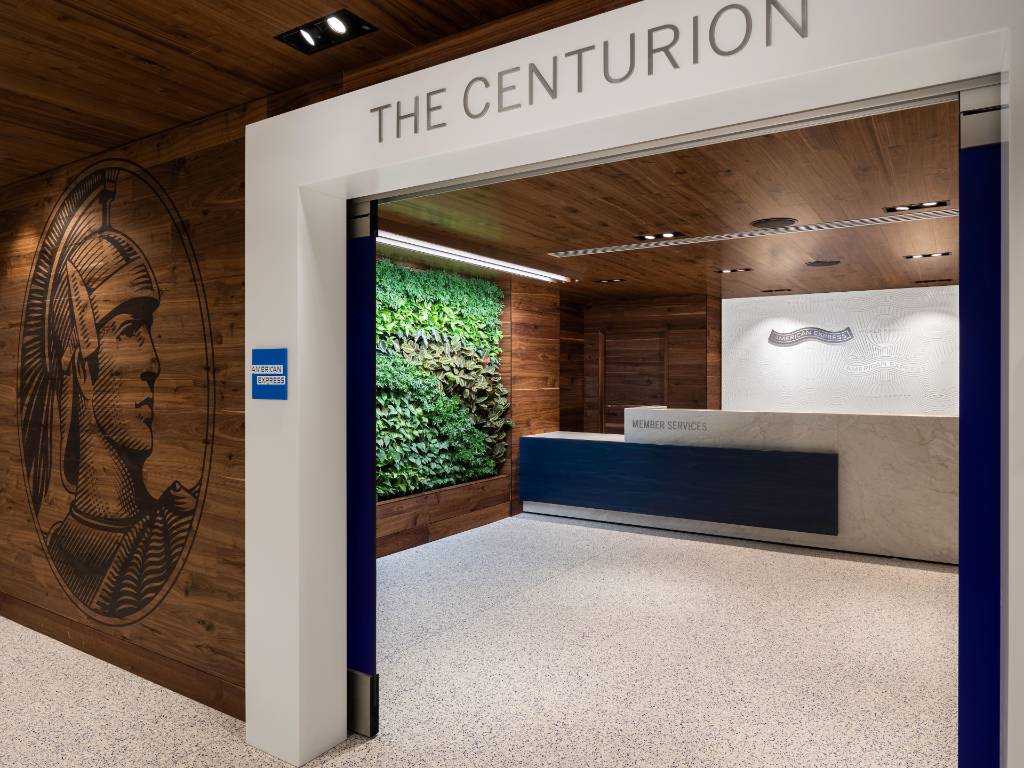