Michigan's UP: The Remote Midwest Peninsula That's More Than 80% Forest 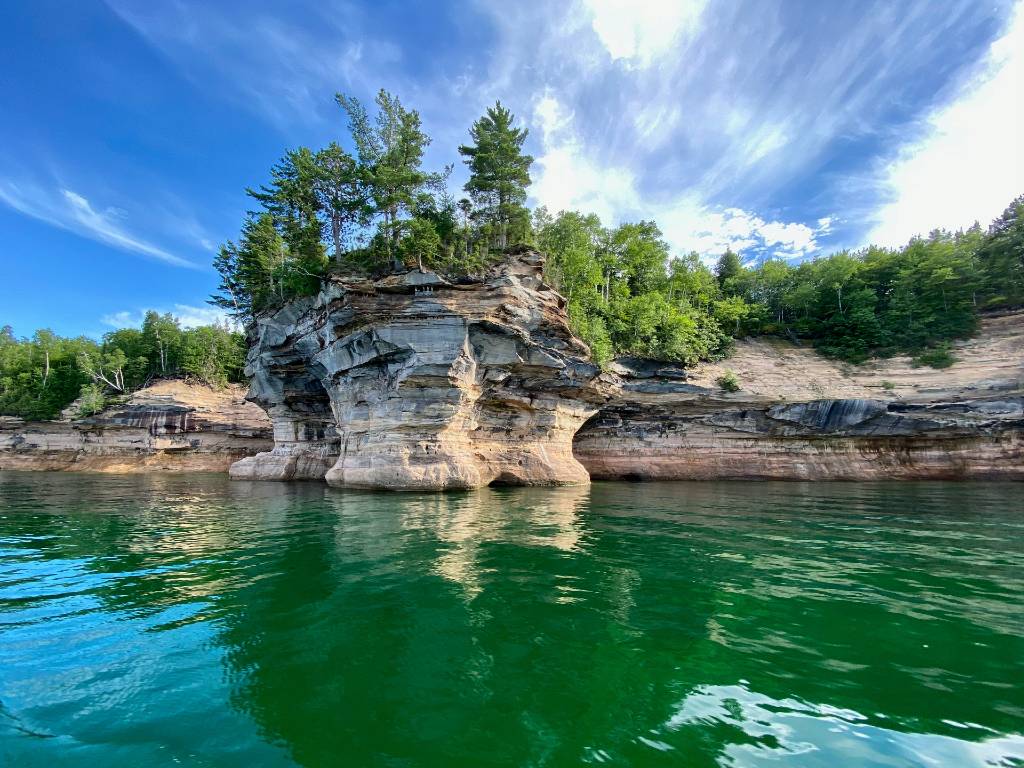 It’s missing from the map...again

Michigan’s Upper Peninsula has a US map problem: It’s hardly ever on them. There’s even a Facebook group dedicated to it missing from US maps. It makes some sense, though—this section of the state is set off from the main part of Michigan, surrounded by three of the Great Lakes, and attached to Wisconsin’s top.

The UP is necessarily remote. It’s not super easy to get there, and it’s mostly wilderness—the largest city, Marquette, has a population of just under 21,000. But tucked among the trees and along the lakeshore is a place bursting with history, from the Ojibwe, Ottawa, and Potawatomi that first occupied the land to the white miners that stole it from them to the vast Finnish community that still lives there today.

These three things combine to create a culture like none other, in a place that’s still one of the country’s most undiscovered destinations.

See if you can understand this sentence: “That troll and his fudgie friend hauled up over The Bridge to the Yoop to go catch some whitefish at camp, but they came in January, so that’s some sisu, eh?”

To get the gist, you’ll need to know a bit of the local lingo. Yooperese, if you will.

Yoopers are people from the UP, or the Yoop. A troll is someone from the mitten part of Michigan. Fudgies are tourists to Mackinac Island. The Bridge specifically refers to the Mackinac Bridge (the longest suspension bridge in the Western Hemisphere) that connects lower Michigan to the UP. (Get it? Trolls come from under the bridge?) Whitefish isn’t just any fish that’s white, it’s an actual fish from Lake Superior and is a local specialty. Camp means a cottage or cabin or any other hideaway place for vacations in the wild. And sisu is a Finnish word, roughly translating to fortitude.

So if you want to translate the above sentence into standard English, it would be something like this: “That guy from lower Michigan and his tourist friend drove over the Mackinac Bridge for a fishing vacation in the UP, but they came in January so they’ve got some guts.”

Where gravy is for tourists

When Cornish miners flocked to the UP in the 1840s to early 1900s, they brought pasties with them—and they aren’t what you might think they are. This is pronounced past-ee and is a handheld meat and vegetable pie. The miners used to carry them for lunch—they’re pocket-sized and wrapped in pie crust to create an edge you can hold without getting your food dirty.

Now they’re ubiquitous in the Upper Peninsula, offered with a choice of ketchup or gravy—the latter more often by Mackinac Island or in the heavily touristed areas. Anybody who chooses gravy is branded as a tourist, especially in the western UP.  If you want to pass as a Yooper, pick ketchup.

Seven thousand years ago, Native Americans began mining for copper, iron, and silver in the Upper Peninsula. They built pit mines and harvested what they needed from the deposits sticking out of the ground. Then, in 1771, the first white men came to mine for the minerals, pushing the Native Americans from their land, taking control of the pit mines and building on them to create bigger, more invasive ones.

A land rush and mining boom began in 1842, the same year the Ojibwe ceded the land to the United States. Now those mines are almost all abandoned and in a state of decay, with ruins and leftover equipment scattered throughout the UP.

A few have been turned into museums: the Quincy Mine in Hancock, Delaware Mine in Delaware, Champion Copper Mine #4 in Painesdale, Adventure Mine in Greenland (all copper), and Iron Mountain Iron Mine in Iron Mountain.

The sand has a song

You may already know that the UP has a ton of forested land (84% of it, in fact), but the beauty of nature up here is so much more than that.

You can see the Northern Lights most of the year (though odds are best from August to April), depending on the weather. There are small mountains like Brockway Mountain and the Porcupine Mountains (aka the Porkies). And there are more than 300 waterfalls and 4,300 inland lakes.

One of the most unique features is the Singing Sands of Bete Grise. At this beach, when the sand moves around, it makes a squeaking noise. Local legend says it’s the song of a Native American woman calling to her lover who died in the lake.

There are literally thousands of miles of trails. Mountain bikers can cycle on the International Mountain Bicycling Association (IMBA) Silver Level Ride Center trails in Copper Harbor, one of only 15 trail systems in the world to get that designation. Birdwatchers can see nearly 400 different species. Oh, and leaf peepers—the UP is the best place to see fall colors.

Hopping into a sauna is an integral part of life in the UP. It’s a tradition pulled from the heavily Finnish population; most vacation homes (and many homes in general) have a wood-burning or electric one to use.

But there’s a right way to sauna. First, you have to get it so hot that it’s just on the edge of your tolerance level. Second, get naked. No one can properly sauna in a bathing suit. Third, bring a bundle of birch branches so you can hit yourself with them to get the blood flowing. Sit in there as long as you can stand it, intermittently whipping yourself with the branches, then run out into the lake to refresh and hop right back into the sauna.

Bonus points if it’s wintertime and you roll around in the snow first. Extra bonus points if you pronounce the word the right way: sow-nuh. Oh, and don’t forget your sausages to heat on the sauna rocks and a nice cold beer.

Michigan’s Upper Peninsula gets so much snow that there’s a “roadside thermometer” to measure the snow depth—and a fictional Finnish American snow god that the residents use to either welcome or curse snowfall.

His name is Heikki Lunta and he was invented in 1970 when there wasn’t enough snow to have the annual snowmobile race in Atlantic Mine. A radio salesman named David Riutta wrote a song called “Heikki Lunta Snow Dance Song,” and after it aired, it snowed so much that they had to cancel the race anyway.

Riutta wrote another song about Heikki Lunta, played when residents are tired of the powder: “Heikki Lunta Go Away.” He’s also welcomed to the sauna in another song: “Guess Who’s Coming.”

Running against the wind

A lot of the vacation homes in the UP don’t have indoor plumbing and rely on outhouses. Leave it to Yooper ingenuity to turn that into a competition: the Trenary Outhouse Classic, usually held each February.

Teams consist of two runners, who have built a homemade outhouse from pretty much whatever material was around. The outhouses are put on skis, and the runners push it to the finish line. The teams with the first- and second-best times get a cash prize.

That’s not the only unique sporting event in the Upper Peninsula, though. There’s also the annual wife-carrying competition, an obstacle course where one partner carries the other half of their team on their back, held each February in Hancock.

A peninsula with hundreds of islands

You can’t get much more remote than the UP—unless you head out to one of the islands surrounding it. Mackinac Island is the most well-known and the most touristy, with droves of people taking the ferry over every season for fudge and an old-world experience (no cars are allowed on the island so bikes and carriages are the main forms of transport).

The Les Cheneaux Islands are an archipelago of 36 islands sheltered from the weather on the Lakes, making it a prime spot for sailing. Drummond Island offers kayaking on the Heritage Water Trail or ATVing on more than 100 miles of trails. For the most remote experience, there’s Isle Royale. The entire island (and the 400+ smaller islands surrounding it) is a national park and is perfect for camping, hiking, and boating.

Aside from billions of trees, the most commonly found thing in the UP is the family on vacation. The area is awash with these visitors all year round, creating a pretty robust getaway community.

Almost every lake has cottages or cabins dotted around the shore, plus they’re tucked into the woods and line the Great Lakes, and rustic campgrounds are ubiquitous. And everyone calls their trip “going up north.”

Anyone who’s ever listened to “The Wreck of the Edmund Fitzgerald” knows that Lake Superior never gives up her dead—and it’s not just Lake Superior that has claimed hundreds of shipwrecks.

Superior, Michigan, and Huron all touch part of the Upper Peninsula, and they’re equally volatile come wintertime. When you add shipping freighters into the mix, that can mean a lot of shipwrecks.

The UP has more than 40 lighthouses, almost all built in the mid-1800s to help avoid disaster. A dozen are open for visitors—Eagle Harbor Lighthouse has an attached museum and Whitefish Point has a bed and breakfast (it’s haunted!) and another museum, which holds the bell from the ill-fated Edmund Fitzgerald itself.

Read about some of our favorite underrated destinations in the US, and join Scott's Cheap Flights to save up to 90% on airfare to destinations around the world. 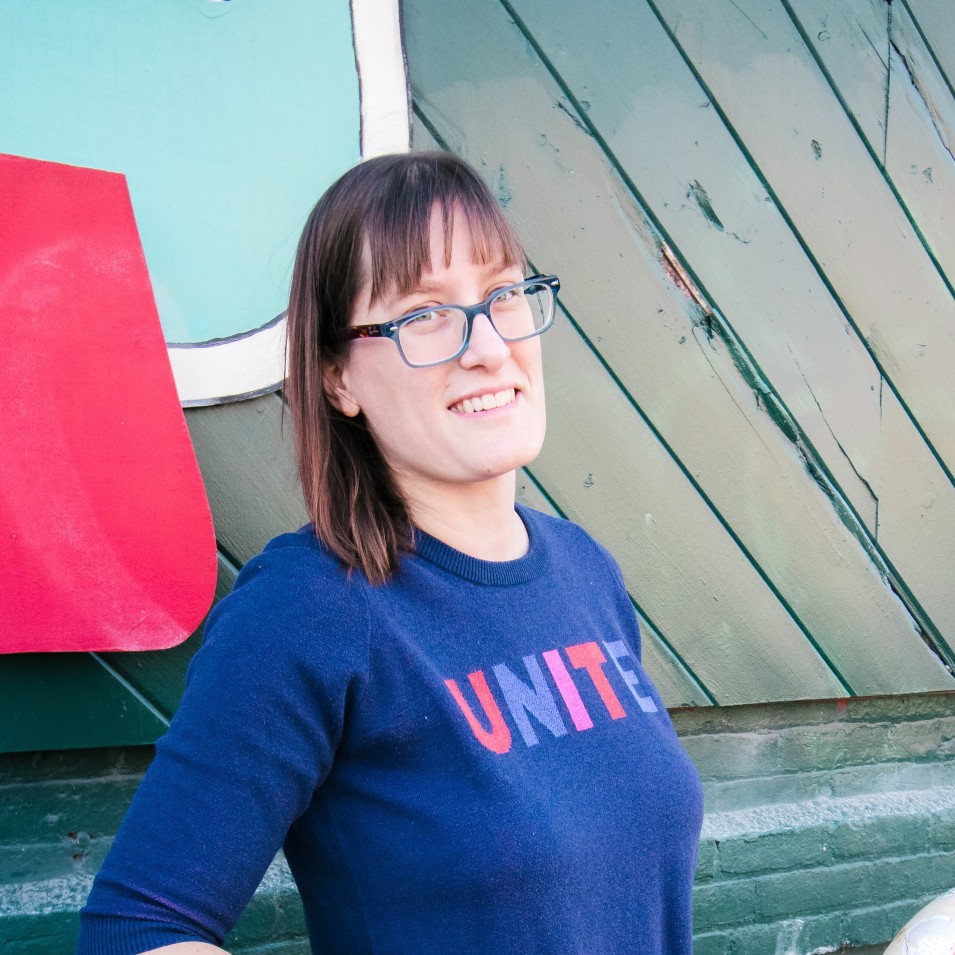 Jennifer is an award-winning writer, bestselling author, co-host of Macabre Traveler, and editor of Kitchen Witch. She is a once part-time resident of the UP and has written two books about the area. Jennifer is currently dreaming of an around-the-world trip with her Boston terrier. Follow her on Twitter @jenniferbillock.