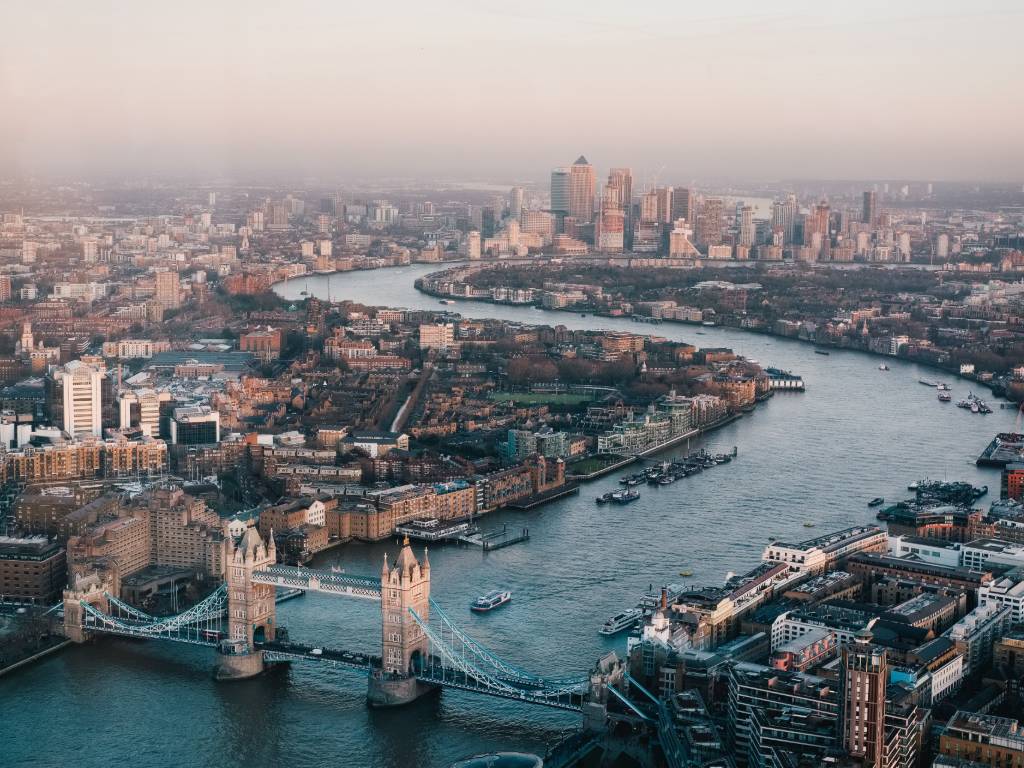 One of the most dynamic and diverse capitals in the world, London has something to offer everyone, from a rich history, international eats, and cutting-edge art and culture to bustling shopping districts, expansive gardens, and world-class entertainment. So you might be surprised to learn that London is also one of the smallest cities on Earth and one of the UK’s least populated.

How is that possible? From its early settlement in Roman times through the Middle Ages, London proper was confined to the tiny area now known as the City of London, which covers only about one square mile and has a population of around 9,000. What’s commonly known as London today is technically Greater London, a sprawling conglomeration of what were once many separate towns, and now contains 9 million people.

The City of London, commonly known as the City or the Square Mile, even has its own coat of arms, police force, mayor, and government with more power than those of London’s 32 boroughs.

Like most major cities, London has many nicknames—not all of them complimentary. The most common, the Big Smoke, dates from the Industrial Revolution when countless factories sprang up in the capital and started spewing black fumes into the sky above it. London is still battling air pollution today, limiting traffic in designated congestion and low-emission zones in an attempt to improve air quality.

Londinium, meanwhile, was the name of the Roman settlement on the north bank of the Thames, on the current site of the City of London. The Roman town was surrounded by a defensive wall, traces of which are still visible today, particularly in the Barbican and Tower Hill areas.

Perhaps the most unflattering of London’s monikers, the Great Wen, was coined in 1822 by journalist William Cobbett, who compared the rapidly expanding city to a ‘wen’ (cyst) on the face of the nation.

One night in the fall of 1666, a fire started in a bakery on Pudding Lane. It quickly escalated into a major firestorm that burned for several days, destroying most of the medieval City of London, including the original St. Paul’s Cathedral, and leaving tens of thousands homeless. When notified of the emergency, the ineffectual mayor of the time declared that the fire was so small “a woman could piss it out,” and went back to bed.

Though incredibly destructive, the fire was also a transformative event for the city. London was rebuilt on the same winding medieval street plan but using more fire-resistant materials such as stone and brick in place of wood, and the fire’s aftermath led to the birth of the property insurance industry. A 202-foot-tall column, known simply as the Monument, was erected near London Bridge to commemorate the tragedy.

The lungs of London

Though London is highly built-up, it has, fortunately, plenty of green space to counteract it. In fact, 18% of its area is public open space and 44% of Londoners live within five minutes of a park. The city is blessed with 3,000 parks, called “the lungs of London” by Charles Dickens, and it’s often referred to as the world’s largest urban forest, thanks to its more than 8 million trees.

London also has an unusually high percentage of private gardens for a major metropolis, and for one weekend each year, some of these normally off-limits, hidden green spaces welcome the public for Open Gardens.

Off on a mudlark

If London’s lungs are its parks, then the mighty river Thames and its connected network of canals are its watery heart. Like most cities, London grew up around a river, but unlike most urban waterways, the Thames has daily high and low tides, a characteristic that makes it perfect for a unique London pastime: mudlarking.

The name comes from the nickname given to young scavengers in Victorian times who would scour the muddy foreshore for anything they could sell. The practice carries on today, though it’s more often practiced by amateur archeologists. The thick mud along the shores is rich in fascinating finds attesting to London’s thousands of years of history, including ancient fossils, Roman coins, Victorian poison bottles, and Georgian clay pipes. Note that a permit is required to search the shores, so the only way to experience mudlarking without one is to join a guided foreshore walk.

For more on the history of mudlarking, check out the book Mudlarking: Lost and Found on the River Thames.

Those who spend any amount of time in the UK soon notice that a great deal of conversation seems to revolve around the weather. But is it because it’s so terrible, or are Brits just unusually obsessed with the climate? While the common picture of London as gray and rainy is, unfortunately, not too far off the mark, London winters have gotten milder over the past few decades—snow is growing increasingly rare—while its summers now have days that could objectively be described as “hot” (thanks, climate change).

And at any time of year, a clear, sunny sky can give way to a torrential downpour with no warning, or vice versa. So perhaps the weather is a favorite conversation topic in London not so much because it’s bad, but because it’s unpredictable. So when in London, as my grandmother was fond of saying, “if you don’t like the weather, wait a minute.” And always bring a raincoat.

London’s East End is the birthplace of a peculiar local lingo: Cockney rhyming slang. This whimsical, cryptic way of speaking works by taking a phrase of which the last word rhymes with the word you intend to say, and then often, though not always, also shortening that phrase to only its first word.

For example, someone who’s “telling porkies” is fibbing, because “pork pies” rhymes with “lies.” Of course, the words often rhyme only when pronounced with a thick Cockney accent, vital for understanding that “rabbit” (from “rabbit and pork”) means “talk” in Cockney rhyming slang. If you’re stymied, there’s an online dictionary that can help you translate from Cockney rhyming slang to English, and vice versa.

Many people associate London with elegant, formal afternoon teas (note that high tea actually refers to a hearty evening meal, a.k.a. dinner) and the city’s luxury hotels are known for their upscale tea services. But tea is also an integral part of day-to-day life in England, with multiple tea breaks an important part of any workday.

For a fancy tea service, tea is brewed loose-leaf in a pot, but everyday tea, often called builder’s tea, is brewed dark and strong in a mug using a teabag, usually with plenty of milk and sugar added, and often served with some biscuits for dunking.

For something in between the two, cream tea is a good option. Not quite as elaborate as a full afternoon tea, which usually starts with dainty finger sandwiches followed by scones and ornate pastries, cream tea is tea served with scones, clotted cream, and jam, usually strawberry or raspberry. There’s an ongoing, heated debate about whether the clotted cream goes on the scones before the jam or vice versa.

British foods like scones, shepherd’s pie, and fish and chips have gained international fame, and it’s well known that London has an incredible array of international food that reflects the city’s diversity including Indian, Bangladeshi, Ghanian, Nigerian, Chinese, Jamaican, and Pakistani.

But somehow, one of the most typically London dishes of all has languished in obscurity. Perhaps that’s because it’s jellied eel, a culinary specialty with somewhat humble looks and— to put it gently—a challenging texture.

A classic of London’s East End since the 18th century, it was a staple of the area’s working class, since the Thames was once teeming with plenty of eels free for the taking. These days jellied eel can be a bit harder to find, but traditional eel, pie, and mash shops still exist.

Sunday roast at your local

Another staple London meal is the Sunday Roast, a tradition that dates back to the late 1400s and is still going strong. In a 2012 poll of the top things Brits love about Britain, it was second only to the bacon butty.

Locals can debate for hours over where to find the best one, while some put in the work to make it at home. These days all sorts of modernized versions exist, including vegetarian and vegan, but traditionally it’s a hearty lunch enjoyed at a local pub consisting of some type of roast meat, vegetables, and roast potatoes served with Yorkshire pudding (similar to popovers).

Typically a roast lunch is only served on Sundays in a pub and is so popular that it’s best to book ahead. Roast beef, lamb, chicken, or pork belly are common stars of the meal, often served with some type of sauce—horseradish or mint jelly, for example—in addition to generous lashings of gravy.

After beer, London’s favorite tipple is undisputedly gin, which started out as a medicinal alcohol given to Dutch troops in the 16th century (the origin of the term ‘Dutch courage’). After it was introduced to the English, it quickly became their favorite beverage. Water, at the time, wasn’t safe to drink, and beer was too costly, while gin could easily be distilled at home.

By the mid-18th century, there were more than 7,000 gin shops in London and it was estimated that the average Londoner was drinking 14 gallons of gin per year. This epidemic, known as the Gin Craze, was blamed for rising crime and death rates and loose morals. While women were not allowed in pubs, they could drink in gin joints, and many who fell into alcoholism neglected their children, leading to gin’s dramatic nickname, Mother’s Ruin.

While gin is still wildly popular in London today, it’s now more of a hipster drink than a societal scourge. There are plenty of local craft distillers offering tastings, tours, and even blend-your-own gin sessions.

Thank you! Your submission has been received!
Oops! Something went wrong while submitting the form.
Last Updated
February 9, 2022 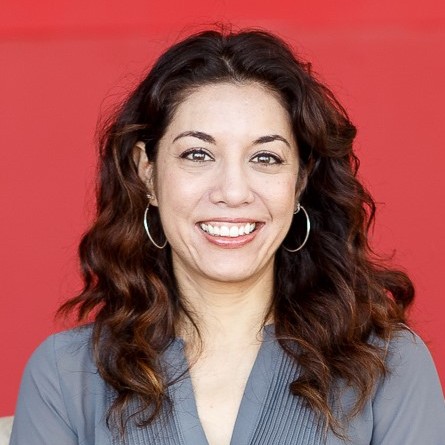 Danette is a freelance food and travel writer. She lived in Paris for the past six years and is now based between Paris and London.