Kyoto: The Japanese Metropolis Where Ancient Traditions Live On 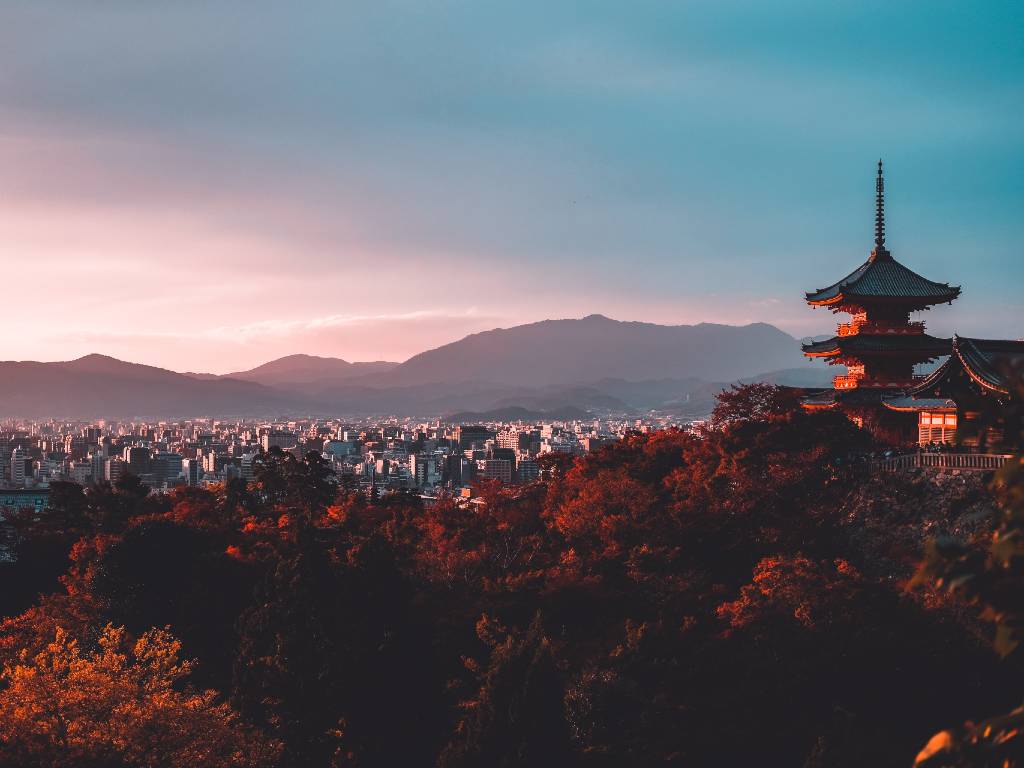 The culture capital of Japan

Founded as Heian in 794, Kyoto was the capital of Japan for more than 1,000 years. While Tokyo may have taken over as the seat of governmental power, Kyoto remains the cultural capital of Japan. It’s the birthplace of many of the country’s traditional arts and crafts, from kabuki theater to impossibly refined kaiseki cuisine—traditions passed down by artisans from generation to generation.

With its stunning temples, gorgeous gardens, tranquil tearooms, and geisha strolling down cobblestone streets, the city looks like a woodblock painting come to life. But Kyoto is a vibrant modern metropolis full of artists and innovators building a bridge between the past and the present.

The art of craft

During Kyoto’s long reign as Japan’s capital, traditional arts such as Noh drama (which is the oldest surviving theater practice in the world), geisha dances, and tea ceremony thrived, and demand from members of the Imperial Court fueled handicraft industries such as ceramics, lacquerware, and textile making.

The city’s legacy of craftsmanship continues to attract artisans seeking to weave traditions into modern life. Sake served in centuries-old Kiyomizu-yaki pottery and kimono-clad geisha scurrying to appointments (and, more recently, entertaining online) are reminders that traditional culture is alive and well.

While Kyoto has the nickname “city of 10,000 shrines,” the actual number is a bit lower, but still impressive. The city is home to 1,600 Buddhist temples and more than 400 Shinto shrines (including the famed Fushimi Inari shrine, which itself has thousands of torii gates), and has been synonymous with religion since ancient times. The oldest existing shrine, Shimogamo Shrine, is believed to date back to the 6th century, and the oldest temple, Koriyu-ji, dates back to the 5th century.

All but one of the 17 sites that make up UNESCO’s Historic Monuments of Ancient Kyoto are examples of religious architecture, including the huge Kiyomizu-dera Temple and Kinkaku-ji Temple (also known as the Golden Pavilion for its gold leaf covering).

While many of these are now tourist attractions, you’ll still find devotees paying their respects or hanging colorful wooden ema (prayer boards) on the red racks beside the altars in these sacred spaces.

Where the secret’s in the spring water

Criss-crossed with an intricate network of canals, the leafy southern district of Fushimi was once a major hub of transportation between Kyoto and Osaka. The area is famed for its exquisite Fushimi mizu, soft spring water ideal for sake making.

The industry flourished here during the second half of the 16th century, and Fushimi is still home to dozens of breweries. Among them are Gekkeikan, one of Japan’s biggest producers, as well as tiny brewers like Fujioka Shuzo, a brewpub where you can view fermenting tanks of their Souukuu sake through a window behind the bar.

A garden on almost every street

In Japanese culture, gardens are significant as a means to facilitate meditation and the contemplation of the passing of time. Fifty percent of the gardens designated as Special Places of Scenic Beauty by Japan’s Agency for Cultural Affairs (a real thing!) are concentrated in Kyoto.

Every type is represented, from sumptuous grounds built by nobility to the austere karesansui (Zen rock gardens) found at temples such as Ryoan-ji. Many traditional homes and restaurants also feature postcard-sized Japanese gardens hidden at the back of the property.

Craft gin has been experiencing a boom in Japan, growing from literally zero producers five years ago to more than 30 today. The movement started in 2016, with the launch of The Kyoto Distillery and its flagship KI NO BI gin, the first artisanal gin produced in Japan. With its pitch-perfect blend of Japanese botanicals like yuzu, sansho pepper, hinoki wood, and gyokuro (green tea), KI NO BI sets the standard for terroir-driven local expressions.

Take a virtual tour of the distillery and House of KI NO BI tasting room to hear the stories behind the bottle. Even better: Watch while sipping on their signature Gin Sonic, a mix of KI NO BI Kyoto Dry Gin with Fever-Tree tonic and soda. Pour ingredients into a wine glass over cubed ice and gently stir. Garnish with lime peel.

Unscathed, but not unchanged

One of the few major Japanese cities to escape bombing during World War II, Kyoto retains much of its original beauty. Walking through the lantern-lit entertainment districts of Gion and Pontocho can feel like being on a movie set.

Many of the city’s historic structures have remained intact. In addition to temples, shrines, and castles, the neighborhoods are dotted with the distinctive wooden facades of machiya, long and narrow townhouses built by merchants around the late 19th century.

Several new buildings incorporate unique architectural features—such as wooden lattices or clay figurines of Shoki-san, the city’s mythical guardian, adorning the eaves above the entrance—to provide an aesthetic link to the past.

Sadly, urban development is gradually changing the landscape of Kyoto, replacing machiya with sprawling hotels and high-rise apartment complexes. In the past five years, the number of hotels has tripled, while the number of traditional townhouses has fallen to around 40,000.

Local groups are working to preserve these buildings by restoring them to be used as accommodation, restaurants, and boutiques. In 2017, entrepreneur and childhood friends Irene Chang and Hana Tsukamto launched Maana, a project to convert machiya into stylish lodgings equipped with modern amenities.

In keeping with tradition, the homes are reconstructed using natural materials such as wood and paper. Restoration projects, which require the expertise of traditional carpenters, woodworkers, and washi handmade paper makers, are also fostering the next generation of local artisans.

A short train ride south of the city center, the suburb of Uji has been a center for tea cultivation ever since the plants were brought from China around 1,000 years ago.

In addition to the vivid green sencha typically found at restaurants, the region produces some of Japan’s most highly prized gyokuro—an umami-dense variety of green tea made from buds grown in the shade—as well as powerfully flavored matcha, whipped to a froth and served alongside wagashi confections sculpted from sweet bean paste.

By the 14th century, the everyday custom of tea drinking became ritualized into a formal ceremony. The tea master Sen no Rikyu popularized the understated wabi-sabi aesthetic most commonly associated with the practice, and his influence continues to be felt in Kyoto’s minimalist traditional tea rooms.

Practice chado, “the way of tea,” at home with a Kyoto tea master.

Although Kyoto has fewer Michelin-starred restaurants than its arch-rival, Tokyo, the city is a culinary powerhouse in its own right. It’s best known for kaiseki, multicourse Japanese haute cuisine that traces its roots back to tea ceremony in the 16th century, but obanzai (traditional home cooking) is Kyoto’s original soul food.

Obanzai refers to small plates made with seasonal ingredients produced in Kyoto—organically grown local vegetables and pickles such as grilled and simmered eggplant dishes (common in summer) and simply dressed yudofu (boiled tofu, a winter favorite).

Thanks in part to the efforts of Kyoto-based chefs led by Yoshihiro Murata of Michelin-starred kaiseki restaurant Kikunoi, washoku (traditional Japanese cuisine) joined the UNESCO list of Intangible Cultural Heritage in December 2013.

Throughout the ages, the city’s atmosphere of romance and intrigue has inspired iconic works of literature and cinema.

Often described as the world’s first novel, 11th-century masterpiece The Tale of Genji focuses on the life and conquests of a Japanese prince in the Heian period (794–1185). Written by the noblewoman Murasaki Shikibu, a lady in waiting for the Japanese court, the narrative depicts the customs and excesses of courtly life in the historic capital.

The 1950 Akira Kurosawa classic film Rashomon, which takes its title from Kyoto’s southern gate (which no longer stands at the site), is a psychological drama that presents the story of a murder from four conflicting perspectives. For lighter viewing, check out The Night is Short, Walk on Girl, a wacky animated rom-com based on the book by Tomihiko Morimi.

Located in the Arashiyama district 30 minutes northwest of the city center, the Sagano Bamboo Forest is a surreal and shady enclave that’s one of the most popular tourist spots in Kyoto. The towering stalks climb dozens of dozens of feet into the sky, surrounding you in a thicket of pale green. On breezy days—and when the grove isn’t swarming with visitors—you can hear a susurrous rustling and gentle knocking as the trees sway in the wind.

The meditative murmur has been designated as one of the country’s “100 Soundscapes of Japan” by the Ministry of the Environment, a program intended to encourage multi-sensory appreciation of the natural landscape. Sit back and take in the sounds of serenity here. 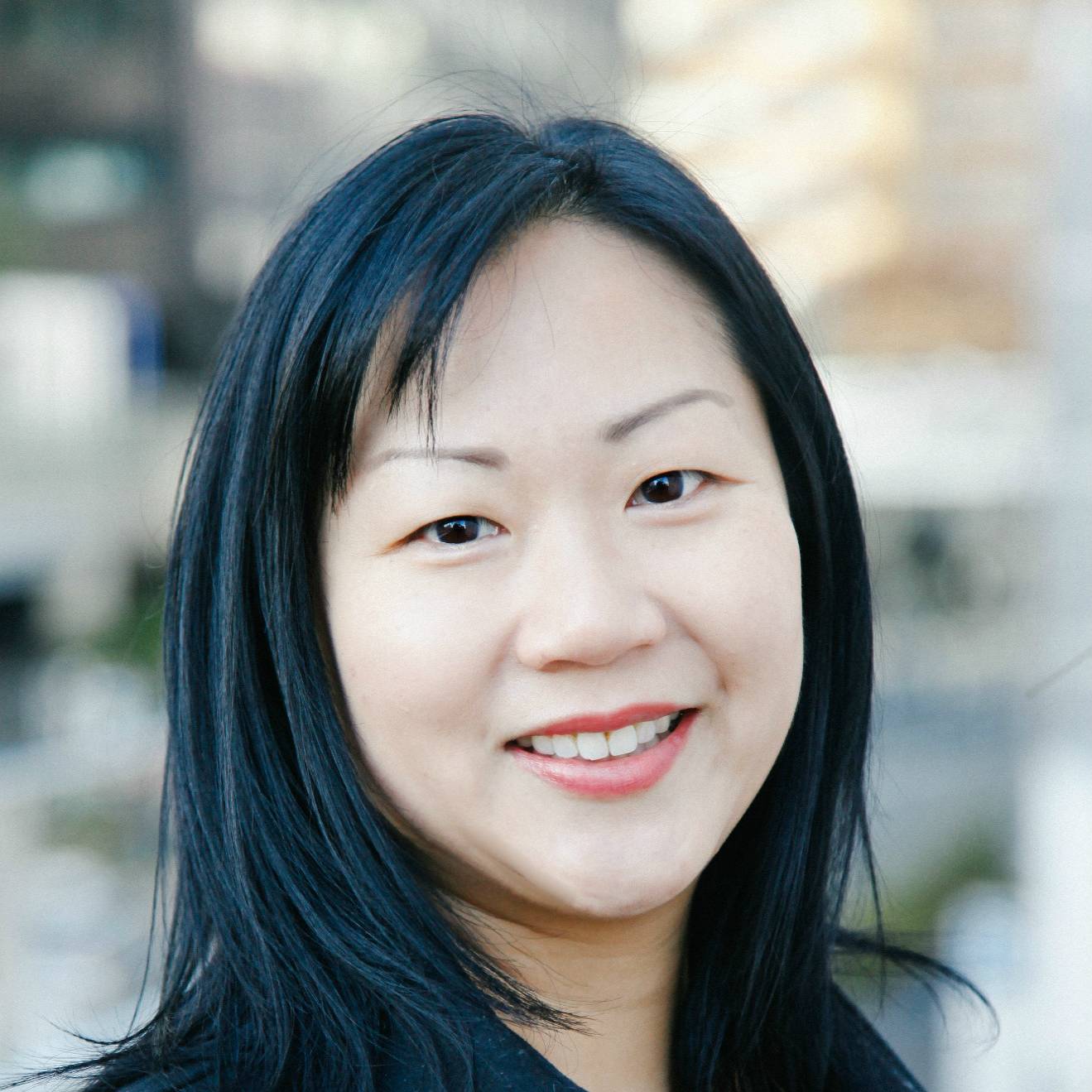 Melinda is an American journalist based in Tokyo and covering food, drink, and travel in Japan for more than a decade. Her work has appeared in publications such as The Japan Times, Conde Nast Traveler, Newsweek, and Departures Magazine. A certified sake and wine specialist, she is a panel chair for the sake division at London’s International Wine Challenge.