Chicago: The Midwest City With 26 Miles of Shoreline 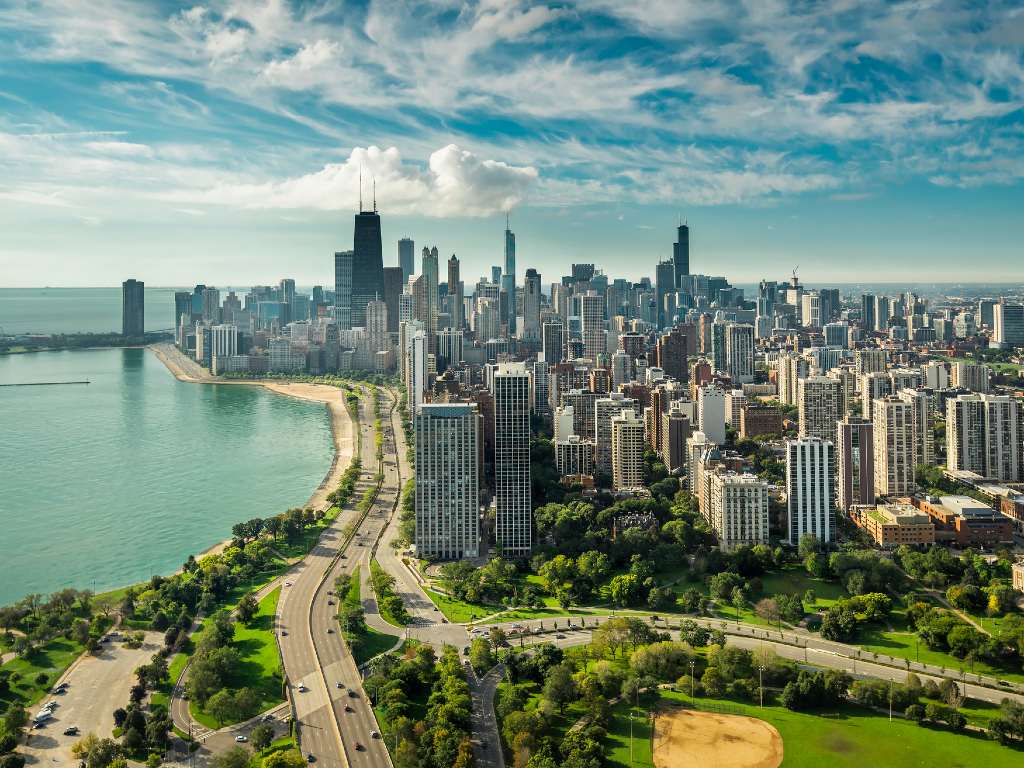 A treasure between the coasts

Chicago has been known as the “Second City” since 1890, when it trailed only New York City in population within the US. Today it’s the third-largest city in the US, and is often overshadowed by the coastal cities of New York and Los Angeles (first and second on the list, respectively).

While it may not have the glam of NYC or LA, Chicago still has plenty to offer the millions of visitors who arrive each year.

There are world-class museums (the Art Institute of Chicago houses one of the largest collections of impressionist and post-impressionist art outside of Paris, which you can view online), 570 parks, inventive restaurants serving a lot more than just hot dogs and deep-dish pizza, 26 miles of lakeshore, 77 distinct neighborhoods, and a signature skyline that rivals any in the US—all wrapped up in a warm Midwestern welcome. It’s a “second city” that’s second to none.

The city founded by a Black pioneer

Jean Baptiste Point DuSable was the first permanent non-Indigenous settler of what’s now Chicago. A multilingual Black pioneer trader, he was born in Haiti, educated in France, and started exploring the Great Lakes area in the 1770s. He settled with his Potawatomi wife, Kittihawa, near the north bank of the Chicago River in 1779.

DuSable developed a prosperous trading post and farm that was called by the Indigenous name for the area, “Chicagoua,” for the wild garlic that lined the lake and river banks. He’s now known as the Founder of Chicago. A monument to DuSable, including a bust and a plaque, marks the area where his frontier outpost was located. The DuSable Bridge on Michigan Avenue is also named for him.

Beyond deep-dish pizza and Chicago-style hot dogs, Chicago is credited with many edible inventions, including the brownie, flaming saganaki, and that greasy ball of goodness, the pizza puff.

If you recognize a theme of heavy, carb-filled food, you would be spot on. Chicago’s brutal cold calls for hearty, fortifying dishes, but the city’s culinary creativity really shines in the variety of meats and bread slapped together in its signature sandwiches.

Try the South Side favorite, the Gym Shoe sandwich, which features roast and/or corned beef and gyro meat (lamb) grilled together and topped with onions, cheese, lettuce, tomatoes, mayonnaise, tzatziki, and giardiniera slathered on a sub roll. Although the sandwich’s appearance has been described as “vomit on a bun” the addictive flavor makes up for what it lacks in beauty. For something slightly lighter, try the jibarito. Created by Juan "Peter" Figueroa at his Humboldt Park restaurant, Borinquen, it includes steak and American cheese, and uses smashed fried plantains in place of a bun.

The Illini, Mesquakie, and Potawatomi people (among other tribes) who inhabited Chicago before European settlers arrived supplied lots of street names, like Wabansia and Menomonee.

They also laid the blueprint for the roads and highways through a sprawling network of trails and portages (paths to drag boats from one water system to another) that served as connections between the Mississippi River and the Great Lakes. Many of those trails, dating back to the 1600s, are now major Chicago streets like Milwaukee, Vincennes, Elston, and Ogden.

Despite the attempts to remove Indigenous presence, Chicago has the third-largest urban Native American population in the US, representing more than 140 tribal nations. This tribal history and culture is displayed at the American Indian Center.

Home of the blues

The journey of thousands of African Americans from the Mississippi Delta to Chicago during the Great Migration led to the creation of Chicago blues.

The city and its popular open-air market on Maxwell Street were crucial to the transformation of country blues into an up-tempo style with electric guitar, bass, drum, and piano. Traditional acoustic guitars were traded for electric versions hooked up to amplifiers so that crowds could hear in the bustling market. This helped give Chicago blues a distinct sound and mood that reflected life in the fast-paced city.

During the postwar-era heyday, fans flocked to the blues clubs that lined the South and West sides of the city. Live Chicago blues is still the highlight at dozens of Chicago clubs like Buddy Guy’s Legends and Rosa’s Lounge and at the largest free blues festival in the world, the Chicago Blues Festival. Want a taste? Check out Chicago blues singers Bobby Rush, Jimmy Johnson, and Mzz Reese at the 2019 Chicago Blues Fest.

Chicago’s scenic location hugging Lake Michigan has an impact on life in the city all year round.

Although beach season is short, Chicagoans squeeze every element of water fun out of it with kayaking, boating, and stand-up paddleboard activities spread across more than two dozen (free!) beaches on 26 miles of shoreline.

The lake is also partly responsible for the freezing winter wind known as “the Hawk.” (The Windy City nickname comes not from this wind, though, but from the city’s blow-hard politicians filled with hot air; in fact, the city doesn’t even rank in the top ten windiest cities in the US.)

The Hawk can drop winter temps into the negative digits with the wind chill, but it doesn’t seem to deter a small community of die-hard surfers from catching Chicago’s  frigid winter waves, taking on dangers that include frostbite, icebergs, and lightning.

Chicago’s Bronzeville community was the headquarters for an African American cultural and entrepreneurial renaissance that rivaled Harlem’s during the first half of the 20th century.

Thousands of African Americans came to Chicago in the late 1800s during the Great Migration to escape the brutality and injustice of the Jim Crow South—though there was still plenty of injustice in Chicago. The city’s segregation and racist housing covenants forced African Americans to live in only a few areas, so Bronzeville became a city within the city, with newspapers, churches, schools, and businesses to serve the population. This area of the city’s South Side became known as the “Black Metropolis.”

State Street was the epicenter of its creative energy and the surrounding stretch of blocks, called “The Stroll,” boasted 70 theaters and clubs like the Regal Theater, the Savoy Ballroom, and the Pekin Theatre, which featured legends like Louis Armstong, Nat King Cole (who both lived in Bronzeville), King Oliver, Bessie Smith, and Cab Calloway.

The historic buildings and creative energy are still in Bronzeville today.  Restaurants and art galleries represent more recent innovation, but dozens of landmarks commemorate the area’s history. Among them are the Monument to the Great Migration, the home of pioneering journalist and activist Ida B. Wells-Barnett, Nat King Cole’s former residence, and the Bronzeville Walk of Fame, which honors the area’s famous residents with 91 bronze plaques scattered over 10 blocks.

Marked by red gates, elaborate archways, and pagodas, Chicago’s Chinatown looks similar to Chinatowns all over the world. But Chicago’s has the distinction of being the second-oldest Chinese settlement in the country.

Fleeing the discrimination and brutal treatment they experienced in Western states after completing the transcontinental railroads, Chinese laborers started moving to Chicago in the early 1870s. By 1890, there were about 560 Chinese immigrants who had opened shops, restaurants, and laundries to form Chicago’s Chinatown.

The neighborhood now holds over 400 businesses, including a two-level mall of shops, salons, and restaurants called Chinatown Square, and the 17.44-acre Ping Tom Memorial Park.

Sugar in the city

Since the 1800s, Chicago has been the candy capital of the US, with over 1,000 candy factories at its peak.

Classics like Baby Ruth, Juicy Fruit gum, Cracker Jack, Andes Candies (now Andes Chocolate Mints), Snickers, Turtles, and Lemonheads were all created in Chicago. Ferrara Candy continues to produce a range of sweet treats in Chicago and the original Italian bakery where it started, Ferrara Bakery, is still open in Little Italy. Tootsie Roll Industries, Fannie May, and Blommer Chocolate Company are also still based in the city (and the latter is responsible for the air sometimes smelling like chocolate in certain areas).

In 1900, Chicago accomplished another engineering marvel: reversing the flow of the Chicago River. To keep the city’s drinking water supply clean of sewage from Lake Michigan, three canals were constructed. The result was the reversal of the river so that it flowed toward the Mississippi River and Gulf of Mexico, diverting the sewage away from the Lake Michigan water supply.

Today, the river is the backdrop for Chicago’s popular Riverwalk, water taxis, boat tours, and even kayaking. And yes, every St. Patrick’s Day, it’s dyed a bright green.

City in a garden

Chicago’s official motto is “urbs in horto,” or “city in a garden” and it’s apt given that the city has devoted more than 7,400 acres of space—more than 5% of the city’s land—to 570 individual parks. From the grand Millennium Park, home of the famous Cloud Gate (aka “The Bean”) sculpture and summer outdoor concerts, to small neighborhood parks, Chicago is a city filled with green space.

Chicago’s distinctive history and culture have made it a favorite location to set movies and books. Iconic films like The Blues Brothers, Ferris Bueller’s Day Off, Cooley High, and High Fidelity showcase the city’s landmarks and some of its 77 neighborhoods.

For literary fans, Devil in The White City, Native Son, The Jungle, The House on Mango Street, Maud Martha, and The Lazarus Project all offer different perspectives of life in Chicago.

Read our guide to finding cheap domestic flights and join Scott's Cheap Flights to get amazingly cheap flights delivered right to your inbox.

Thank you! Your submission has been received!
Oops! Something went wrong while submitting the form.
Last Updated
March 9, 2021 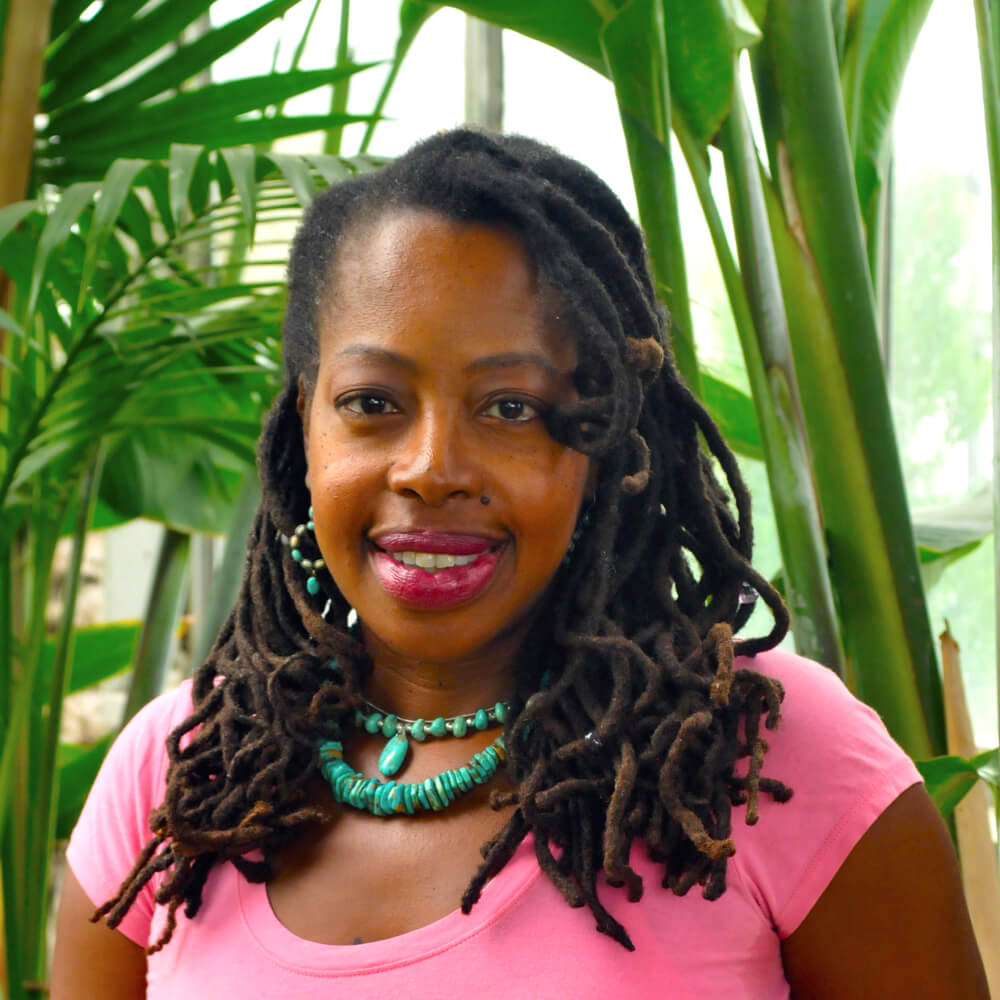