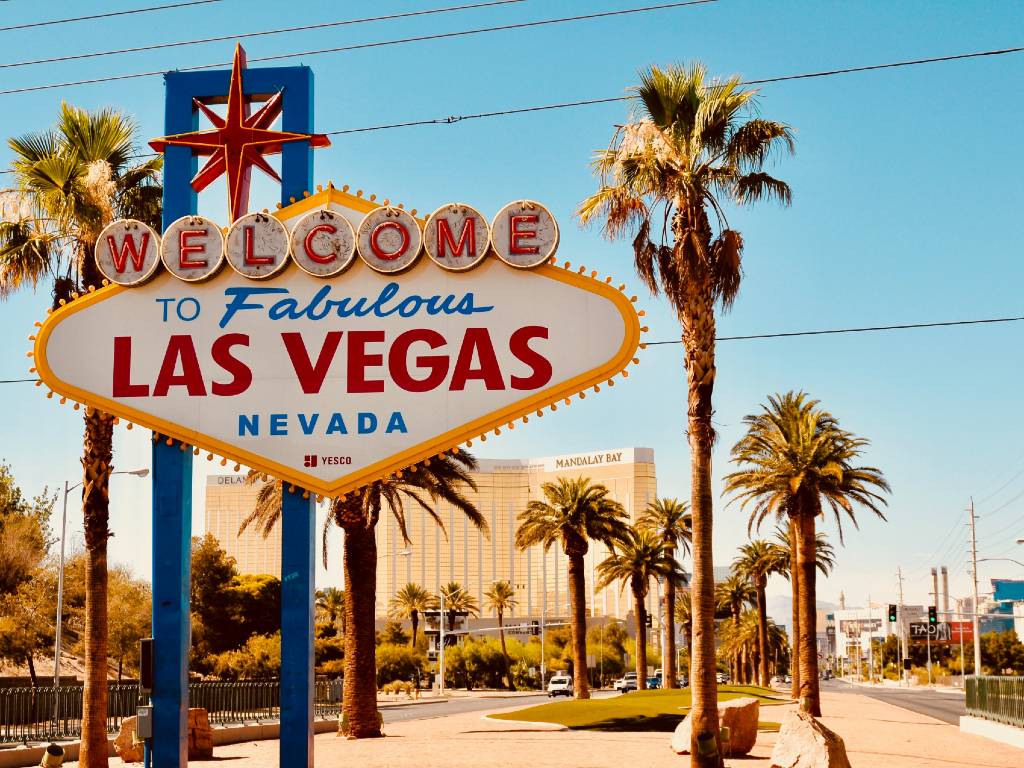 Las Vegas, that glittering city in the Nevada desert, more than earns its self-declared nickname of “The Entertainment Capital of the World.” The fun never stops in Sin City, one of the most popular vacation spots in the world, and there really is something for everyone to enjoy.

Depending on where you're flying from in the US, flights to Vegas can take as little as 30-60 minutes as as long as 6+ hours. Likewise, prices can range considerably, not only depending on where you're flying from, but also the time of year you're traveling and how far in advance you've booked. A typical price can be $200-$400 roundtrip, but Scott's Cheap Flights hunts for deals and often finds prices under $100, and even under $60 roundtrip.

Some of the tips for finding cheap flights to Las Vegas will apply no matter where you’re traveling, but some of them are a little more unique to Sin City. Here’s an overview of some of our recommendations for saving money on airfare to Vegas.

One of the easiest ways to stay on top of the constant changes in airfare is by setting up a fare alert. You’ll then get an email when the price on any itinerary you’re tracking drops to a specific range. And, if you set up these alerts several months before you plan to travel, you’ll have a better chance of recognizing a good deal when you see it. If you’re keeping your dates flexible, however, this does mean setting up multiple fare alerts.

Book 1-3 months ahead of your trip.

To get the best deal on a domestic flight, we recommend booking 1-3 months in advance of your trip. If you can’t be flexible with your travel dates, however, we suggest booking even further ahead. The same is true if your trip is during the high season. If you can’t keep your travel dates flexible, just be aware that the cost of tickets can jump at the 21-day, 14-day, and 7-day points, so try to book before those if possible.

Anyone who is lucky enough to live within a reasonable distance from multiple airports should always look at fares from every airport in the area. This is especially true if your closest airport isn’t one of the major U.S. hubs. If, for instance, you live in Milwaukee, you should also look at flights to Las Vegas from Chicago’s O’Hare and Midway airports to see if there are cheaper fares.

Be flexible with travel dates.

This is one of the keys to finding cheap airfare anywhere. If your travel dates are set in stone, your airfare options will naturally be more limited. If you have the flexibility to look at fares over several days—or even a month—you may find a serious airfare bargain.

Las Vegas is one of those places that hardly seems to have a low season, but you’ll save money on airfare if you plan your trip during one of its (relatively) low seasons. That means looking first at a visit from late June through August, or from November through February (except for the week between Christmas and New Year’s Eve).

Do a search for flights to Las Vegas and you’ll get a list of options so long it could be overwhelming. But don’t forget that there’s a big airline player missing from those lists: Southwest. Their flights don’t appear in OTA lists, so visit the Southwest site directly to compare their fares.

It may seem like all the OTAs are the same, but there are a few that we use most frequently and recommend. Google Flights is one of our favorites, since it allows searches to include multiple airports in one search as well as flexible date searches. And no matter where we find a good deal, we always double-check it against Momondo, which pulls airfare data from more OTAs than other sites do.

One of the perks of buying a ticket in a fare class above basic economy is the ability to get a voucher for the price difference if the ticket price drops. It’s not quite the same thing as getting your money back, but it can be a great deal—as long as you can expect to use the voucher before it expires (usually in a year).

Look at the convention calendar.

Aside from the usual holiday calendar, another calendar to consult before a trip to Las Vegas is the convention schedule. There are enormous conventions, trade shows, and other events going on all the time in Vegas, and if you’re not paying attention you could end up planning a trip during something like the Consumer Electronics Show (CES) in early January—the biggest convention in the country. Not only does airfare spike a bit for the city’s biggest events, but the availability of other things (like budget-friendly hotel rooms) dwindles, too.

Bonus: Join Scott’s Cheap Flights. We do the airfare searches for you every single day, and you’ll be able to track the prices on flights to Las Vegas regularly. That way, when you see a truly great deal, you’ll not only know it on sight but you’ll be able to buy it right away.

To use Google Flights to find cheap flights to Las Vegas, start with inputting your airports, and if you can fly from multiple airports, search them all.

Next, look for the dates with the cheapest fares. You can view dates by a two month span and you can adjust the length of your trip.

To find the perfect flight, you can also filter by airline, number of stops, and other factors. And if nearby dates or an alternate airport is cheaper, Google Flights will pop up a message to let you know. Once you have selected your flights, you can book on Google Flights, via an online travel agency, or directly with the airline.

Why are flights to Las Vegas so cheap?

Las Vegas is a major tourist destination and many airlines offer direct and one-stop flights to the city from all over the US. Additionally, the airport is served by several low-cost carriers like Spirit and Frontier. This competition helps keep the prices on the lower side.

How can I find cheap flights to Las Vegas?

There’s only one major airport in or around Las Vegas, but you should look into flying from a different departure airport if your home airport isn’t one of the country’s biggest. Plan your trip to avoid not just the overall high seasons in Las Vegas, but also the biggest conventions and trade shows. We recommend using Google Flights for airfare searches, keeping your travel dates flexible to increase your chances of finding deals on flights, and booking your tickets 1-3 months in advance of your trip.

When are the best times to fly to Las Vegas?

The best times to fly to Las Vegas are during any of the less busy seasons: late June-August, November-February (except Christmas and New Years).

What is the name of the Las Vegas airport?

How does SCF find cheap flights to Las Vegas?

Scott’s Cheap Flights searches for tickets to Las Vegas (and around the world) all day long, using a combination of advanced technology and a team of Flight Experts. When we find an amazing deal, we let members know so they can book before the price goes back up.

Is there a hotel in Las Vegas airport?

No, there is no hotel inside the Las Vegas airport.

How far is Las Vegas airport from The Strip?

Las Vegas’ airport is about two miles from The Strip.

What time is it in Las Vegas?

Las Vegas is in the Pacific Time Zone, eight hours behind GMT.

How long is the flight to Las Vegas?

Which airlines have the most on-time arrivals to Las Vegas?

According to the Bureau of Transportation Statistics, the major carriers with the most on-time arrivals to Las Vegas in 2020 were:

Ready to go? Read our travel guide to Las Vegas.

Things to know about Las Vegas

The massive casino-resorts along The Strip are always trying to outshine one another with amenities like celebrity chef-owned restaurants, world-class shows, high-end shopping, and luxurious spas. Some of the resorts even have amusement park rides.

The draws of Vegas go beyond its bright lights, however. Downtown Las Vegas maintains its historic appeal, reminiscent of the Rat Pack era, and visitors shouldn’t miss a tour of the Neon Museum for a unique peek at some of the city’s famous old signage. And the nearby Valley of Fire State Park is an expanse of gorgeous red rock formations that’s only 55 miles from The Strip and feels like another world.

How to find cheap flights

Read our complete guide to finding cheap flights or check out our tutorial on how to use Google Flights. Or let us do the work for you. Join Scott's Cheap Flights and we'll let you know when we find amazing deals to Las Vegas and around the world.

Thank you! Your submission has been received!
Oops! Something went wrong while submitting the form.
Last Updated
November 12, 2021