Charleston: The Southern City Where There’s Nothing Taller Than a Church Steeple 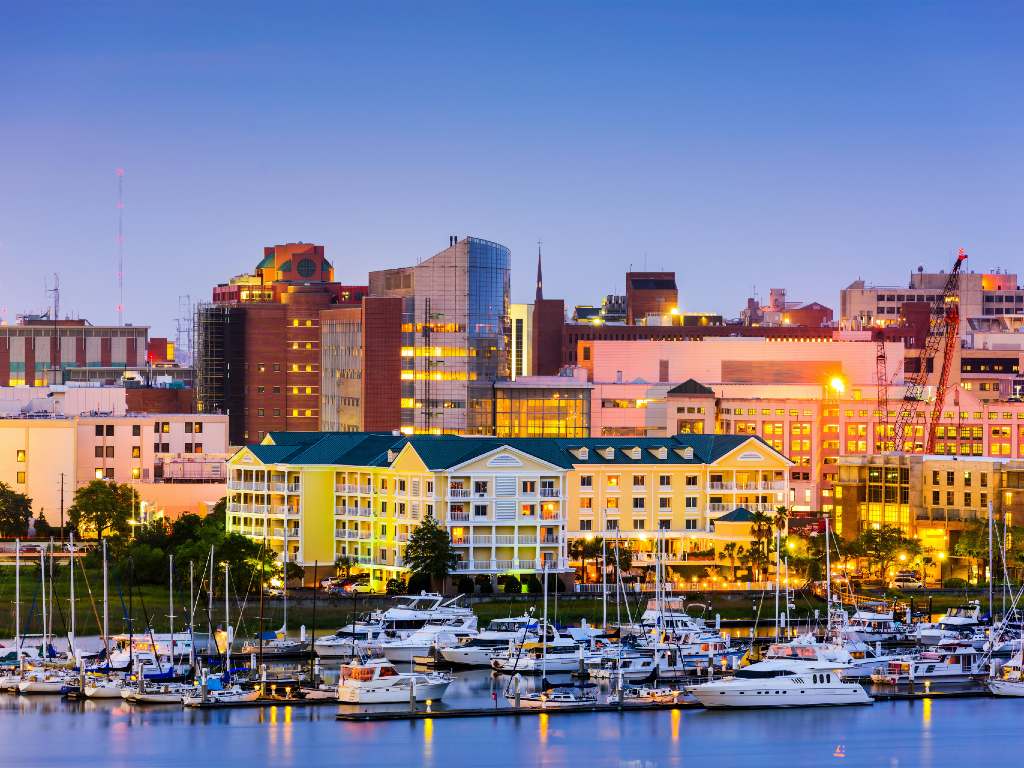 While Charleston, South Carolina, may be nicknamed The Holy City, a night out at the watering holes of King Street might make you think otherwise. The name comes from both the early city’s reputation for religious tolerance as well as from the over 400 church steeples that make up the skyline. In fact, no buildings can be taller than the highest steeple, the 297-foot Saint Matthew's Lutheran Church.

It’s rules like this that make Charleston look like something straight out of a postcard, with a curated charm that has made every travel publication sing its praises and has kept it listed as one of the world’s top destinations by Travel + Leisure for eight straight years.

Charleston’s colonial history dates back to before the Founding Fathers signed the Declaration of Independence. Established in 1670, it was called Charles Town after King Charles II. English colonists settled here, along with French Huguenots seeking religious freedom.

Back then, the city was the stomping grounds of pirates and rogues including Blackbeard and Stede Bonnet. After terrorizing the seas between Barbados and the Carolina coast, the latter was executed for his crimes in 1718 at White Point Garden, now called The Battery.

Charleston is located on a peninsula, surrounded by the Atlantic Ocean and the Cooper and Ashley rivers, making it prone to flooding. It has also been rocked by hurricanes in the last few decades, most notably the Category 4 Hurricane Hugo in 1989 that caused millions of dollars in damage. Hurricane season runs from mid-summer to late fall, so check your flight and hotel’s cancellation policies when planning a trip. There are also earthquakes, but the last major one was in 1886.

You’ll also likely encounter a few other oddities on your trip to Charleston. Locally called Palmetto bugs, the warmer months bring cockroaches that fly and scatter across the sidewalk. Many sidewalks, especially the areas south of Market Street, are made of cobblestones that have buckled over the years from age, so watch your step.

If you’ve seen one picture of Charleston, it’s most likely of Rainbow Row, a pastel-hued stretch of 13 houses on East Bay Street that date back to 1740 (and are the longest cluster of Georgian row houses in the US).

But these homes are just one example of the diverse architectural styles unique to the city. You’ll find Colonial, Neoclassical, Italianate, and Victorian homes with the oldest dating back to the 1600s. Some of these historic homes now operate as museums.

The most classic style of Charleston architecture is the single house. These long and narrow structures have porches on the side, also called piazzas. This design creates a cross breeze and also bypassed the early tax codes that made larger homes more expensive—even with the extra space they were considered to be only one room wide. The Board of Architectural Review requires permission before painting or renovating these historic homes in any way.

Don’t call it a comeback

Charleston has always been a foodie town but in the last few years, the number of new restaurant openings reached a fever pitch. Johnson and Wales University’s culinary program fostered thousands of chefs that now have restaurants in the city, operating from 1984 to 2006.

Mike Lata’s FIG and Sean Brock’s McCrady’s Tavern were among the first Charleston restaurants to receive massive nationwide acclaim. Brock, in particular, is known for his use of heritage varieties of grains like Carolina Gold rice.

But to understand what Charleston’s food is like now, you’ve got to go back to the beginning. The Gullah Geechee people of the state’s barrier islands have long influenced the foodways. They descended from the enslaved people brought to work at the plantations and created their own cuisine, language, and culture.

Seafood dishes like she crab soup, shrimp and grits, oysters, and Frogmore stew (aka low country boil) are among the must-try dishes. You’ll also find plenty of soul food and barbecue.

A stain on history

In Charleston and throughout the South, white landowners exploited enslaved people to harvest their cotton, rice, tobacco, and indigo, only increasing their wealth. The city was also one of the major hubs for the slave trade, with an estimated 40% of all enslaved people brought to America coming through the city.

When the foreign slave trade was abolished in 1808, the domestic trade continued, with Charleston as one of its major centers. In 1856, the City of Charleston outlawed public slave markets but that only drove them underground until slavery was ended by the 13th Amendment in 1865.

Nearly every historic home or plantation within greater Charleston was owned by someone who enslaved people or supported the slavery system, and only in the past few years have interpreters and historians started to tell the true story of this horrific time in American history. McLeod Plantation offers one of the most comprehensive looks at what life was like for the enslaved people. Boone Hall has also expanded its historical information to include the enslaved and Gullah people.

The first shots of the Civil War

The Civil War forever changed Charleston and the American South. South Carolina was the first state to vote to secede from the Union. And, in 1861, the first shots were fired from Fort Sumter, a military base on an island in the Charleston Harbor, as tensions boiled over between the Union and Confederacy.

Charleston continues to be a popular destination for those interested in Civil War history. Tour stops include the Charleston Museum and the Hunley, a Civil War submarine that sank three times before being lost on the ocean floor. A research team, including writer Clive Cussler, found it and eventually pulled it to the surface.

A change is gonna come

The Civil War was a turning point for Charleston’s African-American population, but far from the end of the story. Denmark Vesey, who fought to free the enslaved of Charleston’s plantations, was one of the founders of what would later become the Mother Emanuel AME Church. The oldest African Methodist Episcopal Church in the South, it was the site of a tragic 2015 attack by a white supremacist.

This story and those of many others, including the Avery Institute (a school built for African Americans in 1865), will be told at the International African American Museum, set to open in 2022.

Dive into the works of the many writers with ties to the Holy City before your trip. Start at Pat Conroy, who spent most of his life in nearby Beaufort but based many stories in Charleston like South of Broad and Lords of Discipline.

Novelists Bret Lott, Sue Monk Kidd, and the late Dorthea Benton Frank also have ties to Charleston, as did macabre writer Edgar Allan Poe. He was stationed on Sullivan’s Island, where he wrote the story “The Gold Bug.” There’s now a restaurant there named for him. Pick up titles from these authors at Blue Bicycle Books, a writer-run local bookstore.

Patrons of the arts

The Charleston Renaissance ran alongside the Harlem Renaissance in the 1920s and 30s and influenced art, literature, and design. Figures include DuBose Heyward, author of Porgy (which became the basis for George Gershwin’s Porgy and Bess) and artist Edwin Harleston. Many of these works are on display at the Gibbes Museum of Art, founded in 1905. The museum also highlights the sweetgrass basket-making tradition of the Gullah people and the iron gate work of artist Philip Simmons, found throughout the city.

Charleston’s artistic influence continues in the murals of city native Shepherd Fairey, at the Halsey Institute of Contemporary Art, and the American College of Building Arts.

The annual Spoleto Festival was founded in 1977, named for the town in Italy, and has had a lasting impact on the performing arts. Over the course of two weeks, venues all over the city host musicians, dancers, and actors for world-class performances, including debut shows.

Charleston has also been the home base of a number of music acts including Darius Rucker (of Hootie and the Blowfish fame), Shovels & Rope, and Blue Dogs, who recorded a live album at the historic Dock Street Theatre, the first theater in America. Check the lineups at the Charleston Music Hall and the Music Farm, two of the city’s best spots for live music.

As seen on screen

For decades, Charleston has been used as a backdrop for countless television shows and movies. The wide range includes the 2018 reboot of Halloween, Ace Ventura: When Nature Calls, Die Hard With a Vengeance, The Patriot, The Righteous Gemstones, Army Wives, Southern Charm, and the Netflix mega-hit Outer Banks (which isn’t actually filmed in the namesake island chain).

But perhaps most notable is The Notebook, the film version of the Nicholas Sparks novel, starring Rachel McAdams and Ryan Gosling. Visitors still recreate scenes in front of the American Theater downtown and in the stunning swamp at Cypress Gardens.

Charleston has a sartorial image with stereotypical visions of pearls and seersucker, plaid, and pastel. But local designers are changing the style with shows at the annual fashion week.

For those looking to dress to impress, there’s King Street, a long stretch of boutiques like M. Dumas & Sons, which has been dressing locals since 1917. Other locally based brands to seek out include Brackish, which crafts bowties and accessories from colorful feathers that have been worn by part-time resident Bill Murray; Charleston Rice Beads, a jewelry company inspired by one of the city’s oldest products; and Charleston Gate, which puts the city’s gate designs into jewelry.

Thank you! Your submission has been received!
Oops! Something went wrong while submitting the form.
Last Updated
September 22, 2021 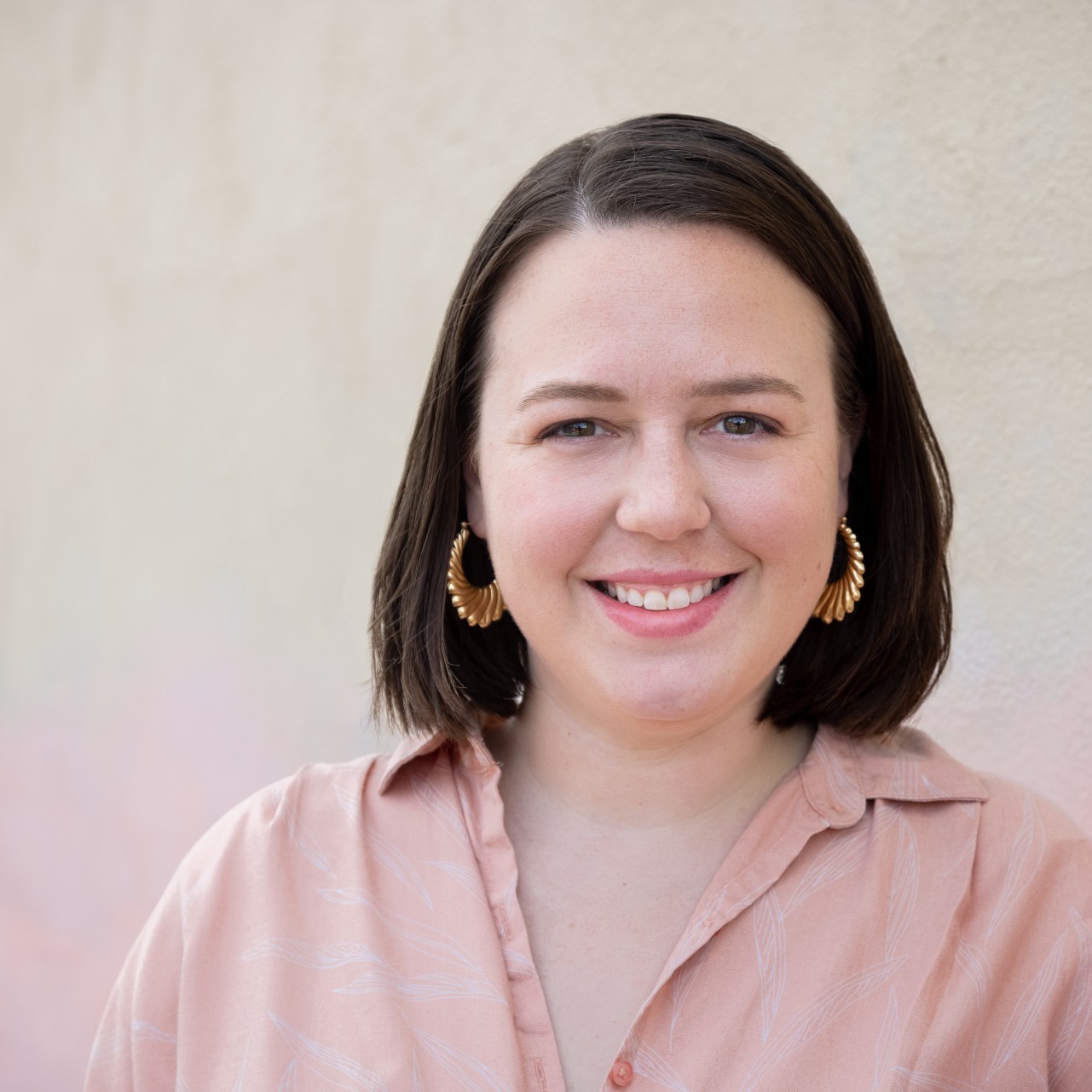 Caroline is the award-winning author of This Is My South: The Essential Travel Guide to the Southern United States. Her work has appeared in Roadtrippers, Southern Living, Travel + Leisure, and Mental Floss. Charleston first captured her heart when she attended college in The Holy City where she spent her days looking for The Notebook house.