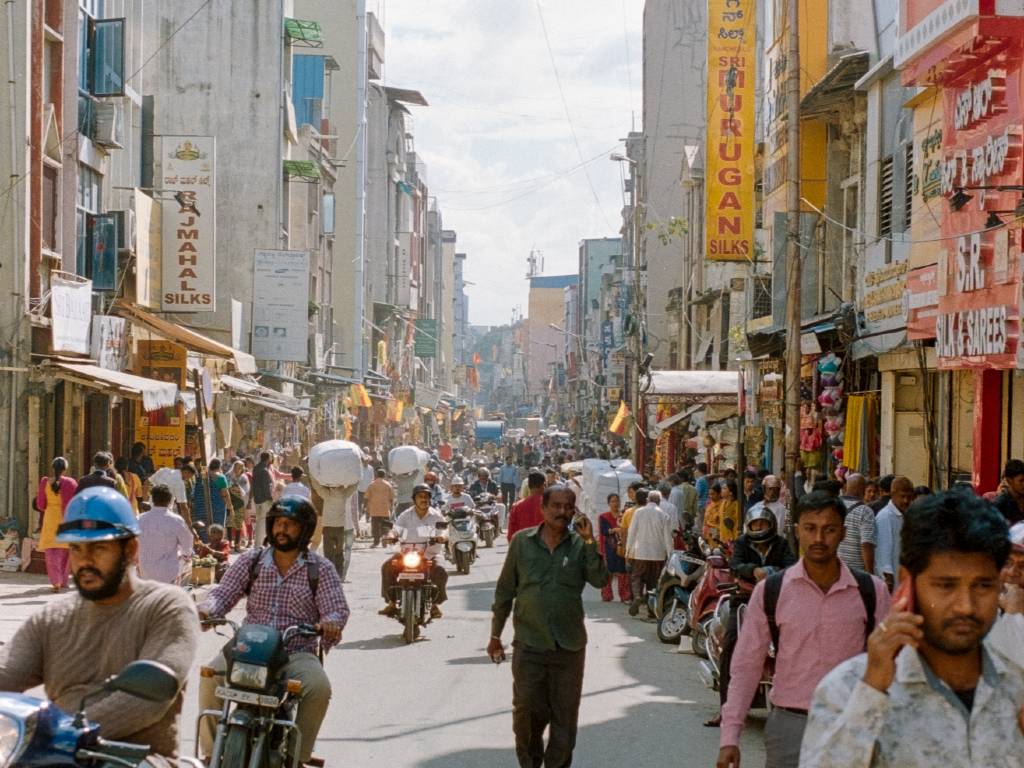 Located in South India, approximately 1,300 miles south of New Delhi, Bengaluru is a sprawling metropolis full of start-ups and software engineers. It’s the center of the tech industry, and as India’s third-largest city after Mumbai and Delhi, it’s home to more than 12 million people—around triple the population of its California counterpart.

Many companies with a global footprint have set up shop here: Amazon, Dell, Samsung, Deloitte, and Time Inc., to name a few. With so many opportunities available in the IT industry, the city attracts residents and visitors from all over, resulting in a melting pot of cultures and languages. Many people are trilingual, speaking some combination of English, Kannada, Telugu, Hindi, Urdu, or Tamil. A formal local greeting to show your respect to elders is namaskara (learn how to pronounce it).

Call it what you want to

Before there was Bengaluru, there was Bangalore—the city’s name until November 1, 2014, when the state of Karnataka officially changed its capital’s moniker, following the lead of Mumbai (formerly Bombay), Chennai (formerly Madras), Kolkata (formerly Calcutta), and others.

Bengaluru is the Kannada version of Bangalore; old names were an Anglicized reminder of the British government’s rule over India from 1858 to 1947. Renamings and spelling adjustments began shortly after India gained independence and are still discussed to this day, as each change needs to go through various levels of approvals.

It took eight years for the Bangalore-to-Bengaluru switch to happen, yet for the most part, residents still refer to it as Bangalore simply because old habits die hard.

A walk in the park

Thanks to Bengaluru’s higher elevation, the temperature typically hovers around 70° to 80° Fahrenheit during the day, and it’s generally sunny, save for a few showers during summer’s rainy season. The temperate weather allows parks and green spaces to flourish, which have earned Bengaluru the nickname “The Garden City.”

Volunteers and residents feed and look after the strays—they all have names!—and often formally adopt them as pets. Get to know some of the pups by browsing the Cubbon Park Canines’ Instagram account.

While there’s evidence of people living in Bengaluru more than 1,000 years ago, the city was officially founded by the ruler Kempe Gowda in 1537 when he constructed what must have been a very glamorous mud fort at the city’s center. Having survived multiple wars over the centuries, it did need some renovations in the 1700s. In 1761 it was turned into a stone fort and is now known as Bangalore Fort.

Another important historic site is Bangalore Palace, initially home to King Chamaraja Wadiyar and constructed in 1887. Its towers and surrounding garden look like something straight out of Europe; Wadiyar was apparently inspired by England’s Windsor Castle and wanted to incorporate the Tudor style here. Now the palace functions mostly as a tourist destination, with an amusement park complete with roller coasters and water rides on the grounds.

Then there are the city’s countless temples, each with its own distinct style and backstory. Chokkanathaswamy Temple, one of the oldest, was part of the Chola dynasty, which ruled Bengaluru during the Middle Ages. Temple architecture varies widely; this video from The Times of India shows some of the diversity.

North India is known for rich, creamy curries typically reserved for dinner, but in Bengaluru, you’ll be waking up to a feast. South Indian breakfast foods are always vegetarian and always heavy and hearty—cuisine made for people who take brunch very seriously.

There’s masala dosa, which is basically a crepe stuffed with spicy potatoes served with coconut chutney. Idli (a kind of rice cake) and sambar (a lentil stew the rice cakes are dipped in) are another classic South Indian favorite. Try it for yourself with this recipe that shows you how to make both dosas and idlis in an Instant Pot or just watch Kamala Harris and Mindy Kaling make dosas from scratch.

Tipples made with turmeric

Like most major cities, Bengaluru has its fair share of rooftop bars—especially in the Koramangala and Indiranagar neighborhoods—but it’s also got an expansive network of breweries and tons of craft beer on tap.

Kingfisher, India’s most beloved beer, is made at United Breweries in Bengaluru. You can always order your standard wheat beers, stouts, and IPAs, but what makes Indian beer stand out is the spices: turmeric, ginger, or even peppers. Try brewing yourself some golden turmeric milk, known as haldi doodh, to get the taste of turmeric at home without the buzz.

The state of Karnataka produces the most silk in India, so if you’re looking to shine, Bengaluru has a saree for you. Silk farmers tend to their silkworms, threads are painstakingly dyed in all colors of the rainbow, and weavers put it all together into a stunning design. The level of embroidery and beadwork dictate what type of occasion a particular saree is appropriate for.

They come in one size only; sarees are one long sheet of very fancy fabric, plus a separate blouse tailored to your exact measurements. This sewing tutorial can help you make your own.

Diwali, also known as Deepavali or the festival of lights, and Holi, commemorating the arrival of spring, are two of India’s most well-known holidays. But they’re just the tip of the iceberg.

Hindus, comprising most of the country’s population, celebrate a wide range of holidays. For example, Ganesh Chaturthi is a festival honoring the Lord Ganesha and Ugadi is New Year’s Day for people from multiple states. Bengaluru is specifically known for Karaga Shaktyotsava, a multi-day festival complete with a street procession that kicks off at Shri Dharmaraya Swamy Temple and is based around the city’s bodies of water. Watch this video to learn more about how Bengaluru’s oldest festival came to be.

Whatever you’re in the mood for, there’s a book based in Bengaluru.

Aravind Adiga’s novel The White Tiger, winner of the Booker Prize in 2008, sheds light on the stark differences between South India’s city life and rural villages. Janaki Nair’s The Promise of the Metropolis traces Bengaluru’s evolution over the 20th century. Anita Nair’s A Cut-Like Wound is a who-done-it mystery centered around a grisly murder. And, Monideepa Sahu’s 2010 children’s novel Riddle of the Seventh Stone turns Kempe Gowda’s aforementioned fort into the site of a fantastical treasure hunt.

Bengaluru is home to one of India’s oldest amateur radio clubs, which brought a whole new line of communication to the city in 1959. Members communicate through ham radio stations, which allow them to chat with each other from anywhere, all without a cell phone or internet service.

Historically, this has come in handy during emergency situations, but nowadays, enthusiasts use it as more of a network for socializing. If you don’t have the technical expertise required to operate your own ham radio, you can always listen to Bengaluru’s FM radio stations via an app.

Kempe Gowda’s legacy continues with Bengaluru’s primary airport, which is named after him—but the city has more to offer aviation enthusiasts.

National Aerospace Laboratories, where all sorts of aviation design and research come together, is headquartered here. At the Hindustan Aeronautics Limited Heritage Centre and Aerospace Museum, you can browse different aircraft models and step inside a flight simulator. Take a virtual look inside here.

More recently model planes are being converted into full-blown restaurants on the city outskirts—an effort spearheaded by the Bengaluru-based company Royal Nag Aviation (following the trend of aircrafts-turned-restaurants in North India, like Hawai Adda in Ludhiana and Runway 1 in Delhi).

Numerous movies and TV shows have been filmed in or near Bengaluru. The Kannada film industry, which is separate from Bollywood’s Hindi films, got its start in 1934 with the film Sati Sulochana.

Kannada soap operas like Mangala Gowri Maduve are also popular and feature telenovela-type twists and turns. Of course, South Indian cinema is only part of India’s conglomerate of entertainment. Bollywood brings in billions in revenue, and one of most beloved movies—1975’s Sholay, starring the legendary Amitabh Bachchan—was shot at a village outside Bengaluru.

Stream it with English subtitles on Amazon Prime Video, or check out some of these Bollywood classics on Netflix: Kabhi Khushi Kabhie Gham, Kuch Kuch Hota Hai, or Kal Ho Naa Ho. A heads up: many Hindi movies are three hours or more, but the A+ soundtracks are worth the time.

>> Planning a visit? Read our guide to getting an Indian visa.

Thank you! Your submission has been received!
Oops! Something went wrong while submitting the form.
Last Updated
February 23, 2021 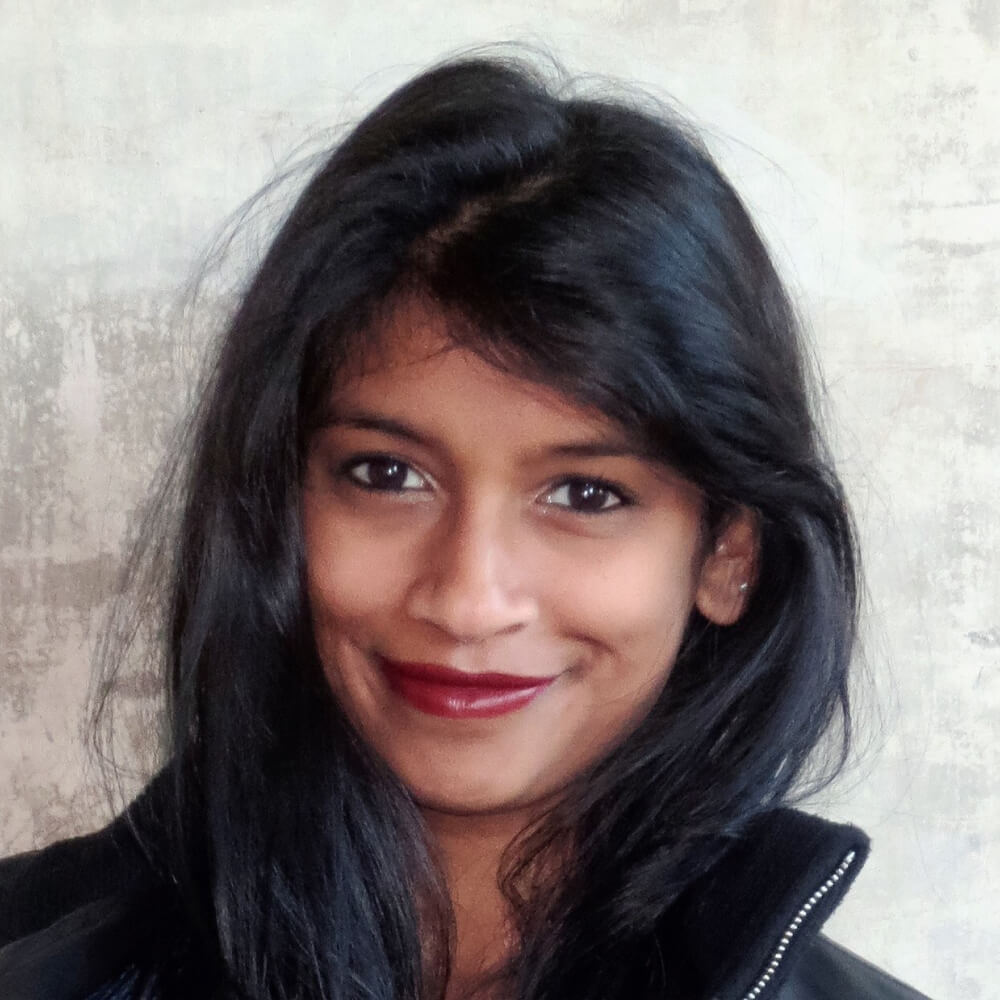 Deepa is a journalist who made her first trip to Bengaluru as a baby and grew up spending her summers there with family. In 2019, she backpacked from Delhi to Goa and made it a life goal to explore every corner of India.