Basque Country: The Spanish Region With the Oldest Language in Europe 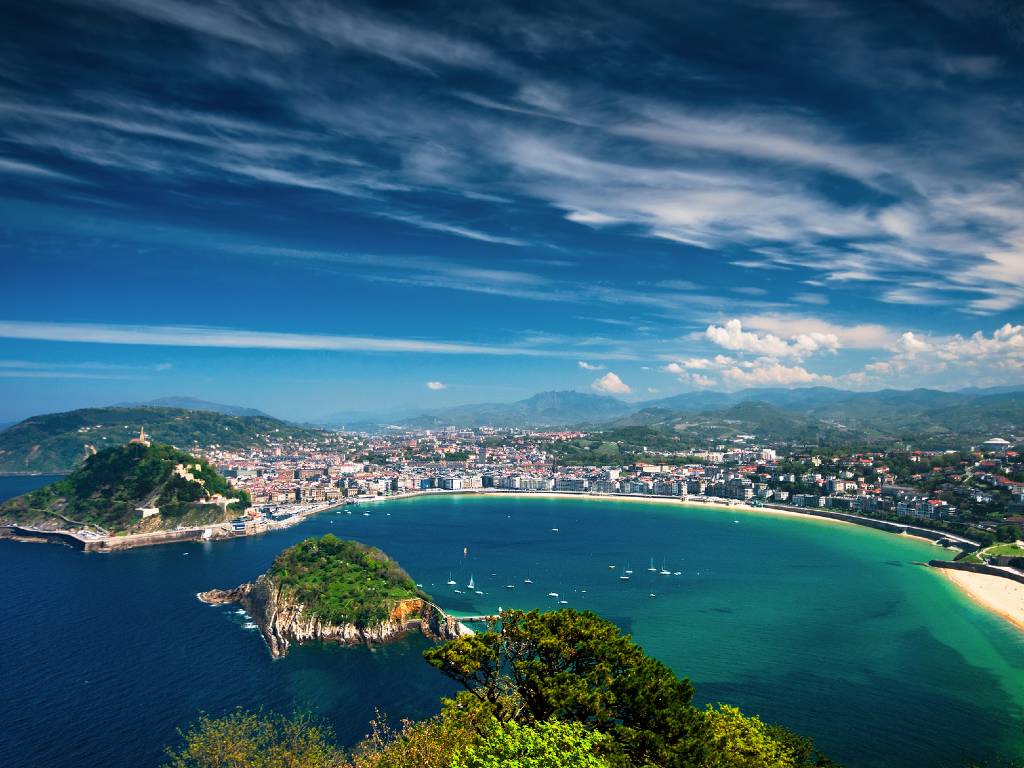 The Pyrenees Mountains, which straddle northern Spain and southern France, have been home to the Basque people for thousands of years. In fact, some researchers think the Basque people are descendants of Cro-Magnon man and may be the oldest known European culture.

But don’t get it twisted, the Basques are neither Spanish nor French and they’ve fought long and hard to retain their own identity—even after being targeted by the fascist dictator Francisco Franco, which gave rise to a violent separatist movement known as the ETA in the late 1950s.

Today, Spain’s part of the Basque Country remains an autonomous region and is home to some of the most spectacular landscapes in the country. Here, mountain ranges cast their shadows over traditional fishing villages along the coast, and cities like Bilbao and San Sebastián play host to architectural marvels like the Guggenheim Museum and cultural events like the San Sebastián Film Festival.

The culinary capital of Spain

Basque cuisine is recognized as some of the best in all of Spain. San Sebastián, in particular, serves up what is arguably some of the best food in all of Europe, with more Michelin star restaurants per square meter than any other city (18 in total) including the famed Arzak and Mugaritz.

Food is such a serious topic here that there are even private culinary societies (traditionally only open to men) and the Basque Culinary Center was the first university in all of Spain to offer a degree in the culinary arts. The late, great Anthony Bourdain attended one of these private supper clubs in San Sebastián—and declared his love for the city—in Season 1, Episode 8 of Anthony Bourdain A Cooks Tour: San Sebastián - A Food Lovers Town.

A tapa by another name

Tapeo—tapa bar hopping while snacking on an assortment of bite-sized plates—is practically a national sport in Spain. But in the north you won’t find tapas. Here, you’ll find pintxos, which at first glance don’t differ much from tapas except for a minor detail: pintxos are typically served atop a piece of bread.

Legend has it that the first-ever pintxo, the Gilda, was invented in a bar in San Sebastián. Its combination of anchovy, olive, and pepper skewered by a toothpick, is named after the 1946 Rita Hayworth film that was once heavily censored in Spain. And while the seafood takes center stage here, the steak can’t be overlooked—nor can the Basque cheesecake, a savory, decadent creation with a slightly burnt crust, which you can easily recreate at home.

It’s not all about the food in the Basque Country; the region is home to two unique libations that are hard to find anywhere else in the world. The first, txakoli, is a young slightly sparkling white wine made from grapes grown in the region’s unique seaside micro-climate; there are several wineries in Getaria, about 30 minutes from San Sebastián.

The second, sidra, is a fermented apple cider that has been traditionally made for thousands of years. Cider houses in San Sebastián serve hearty dishes like txuleta, a thick cut of marbled steak, along with endlessly flowing glasses of sidra.

Both beverages are served in dramatic fashion—poured from a height from the bottle into a glass—and carry the label of Denominación de Origen Protegida meaning that their methods of production are unique and follow tradition.

The beaches in San Sebastián have been drawing crowds for well over a century. In fact, Miramar Palace, built in the late 1800s for Queen Isabella II, is credited for contributing to the popularity of the city as a vacation spot. While Playa de la Concha has been named one of the most beautiful beaches in the world, there’s also Playa de Ondarreta in the old quarter as well as Playa de Zurriola; the latter is particularly popular with surfers.

But the most adventurous of surfers head to Mundaka, a surfing haven an hour’s drive west of San Sebastián where waves can top 10 feet. The waves here are so wild, Red Bull even made a video all about surfing in Mundaka.

The city that rose from the ashes

San Sebastián was founded in the year 1180 as a military stronghold. From there the city continued to expand until the early 1800s when Napoleon and his troops were chased out of the city by an army of British and Portuguese troops.

But the Anglo-Portugese victory turned ugly when, on a somber night in 1813, those very troops went on to loot the city, setting it ablaze and resulting in the death of upwards of 1,000 civilians. The city burned for seven days, destroying almost every house and government building.

Of course, the city has since been rebuilt; the only street to survive was renamed Calle 31 de Agosto to commemorate the tragedy.

In English we call it the Basque language, but in Basque it’s Euskera and it’s the oldest language in Europe. While a lot of mystery still surrounds the Basque culture, there are a few really interesting things to note about the language. For example, unlike Spanish, Euskera does not have gender. X, Z, and K show up frequently, and all the letters in every word are pronounced. Hello, for example, is kaixo. Goodbye is agur. And a word you’ll see very frequently—jatetxea—means restaurant.

Some history books would have you believe that the first man to circumnavigate the world was Ferdinand Magellan of Portugal. However, the first man to circle the globe was, in fact, Juan Sebastián de Elcano in 1522. He was accompanying Magellan on his round-the-world trip, but Magellan got himself murdered in the Philippines for behaving...well, like a colonizer. So Elcano took the wheel and continued the trip without him.

But, full disclosure, aboard the vessel ‘Victoria’—which Elcano had taken over—there was a man by the name of Enrique who had been enslaved years prior by Magellan and served as an interpreter. By the time Magellan’s ship had returned to the Philippines, Enrique had already traversed the globe on several separate expeditions, technically making him the first recorded person to circumnavigate the globe.

The French accessory inspired by the Basques

While there isn’t a set traditional Basque costume, there are particular items of clothing that are typically sold in specialty shops and worn mainly during the festival season. Women will don long skirts along with a zapi, or kerchief, on their heads. It’s also not uncommon for women to top their outfit off with a shawl. Men on the other hand typically wear long trousers with a loose blouse and a vest.

The finishing touch? The famous txapela, or beret. Most people associate the beret with the French, but this much sought-after accessory began as a humble piece of Basque fashion.

May I have this dance?

Basque dancing isn’t just reserved for festivals. To say that dance is a deeply ingrained part of the Basque identity is not even scratching the surface. In fact, there are approximately 400 traditional Basque dances, including weapon dances and the Dantxari Danza (its choreography hasn't changed since the 19th century), many of which are traditionally only performed by male dancers.

If you hear the drumming of the Tamborrada you know it’s time for the biggest festival of the year: the day of the patron Saint Sebastián, honored every year on January 20th. On this day the entire city gets ready to party. Every year at midnight the mayor raises the city’s flag in the Plaza de la Constitución, announcing the kick off of the 24-hour celebration.

The celebration literally takes over the entire city, with parades and celebrations on every street and residents dressing in traditional clothing and assorted costumes and eating traditional foods like smoked eel. Want to feel like you’re there? Check out this video about the Tamborrada.

The islet of Gaztelugatxe is just an hour and a half (or 76 miles) west of San Sebastián; Game of Thrones fans, however, will know it as Dragonstone in the hit HBO series. And yes, the nearly 240-step footbridge is real, but once you reach the top you won’t find a castle. Instead you’ll come across a church that is said to be nearly 1,000 years old.

If you’re itching to see what the place (mostly) looks like, check out the first episode of Season 7 of GOT, aptly named, “Dragonstone”.

Check out our complete guide to finding cheap flights to Europe, or get inspired with 25 ideas for the perfect Europe itinerary.

Thank you! Your submission has been received!
Oops! Something went wrong while submitting the form.
Last Updated
March 4, 2021 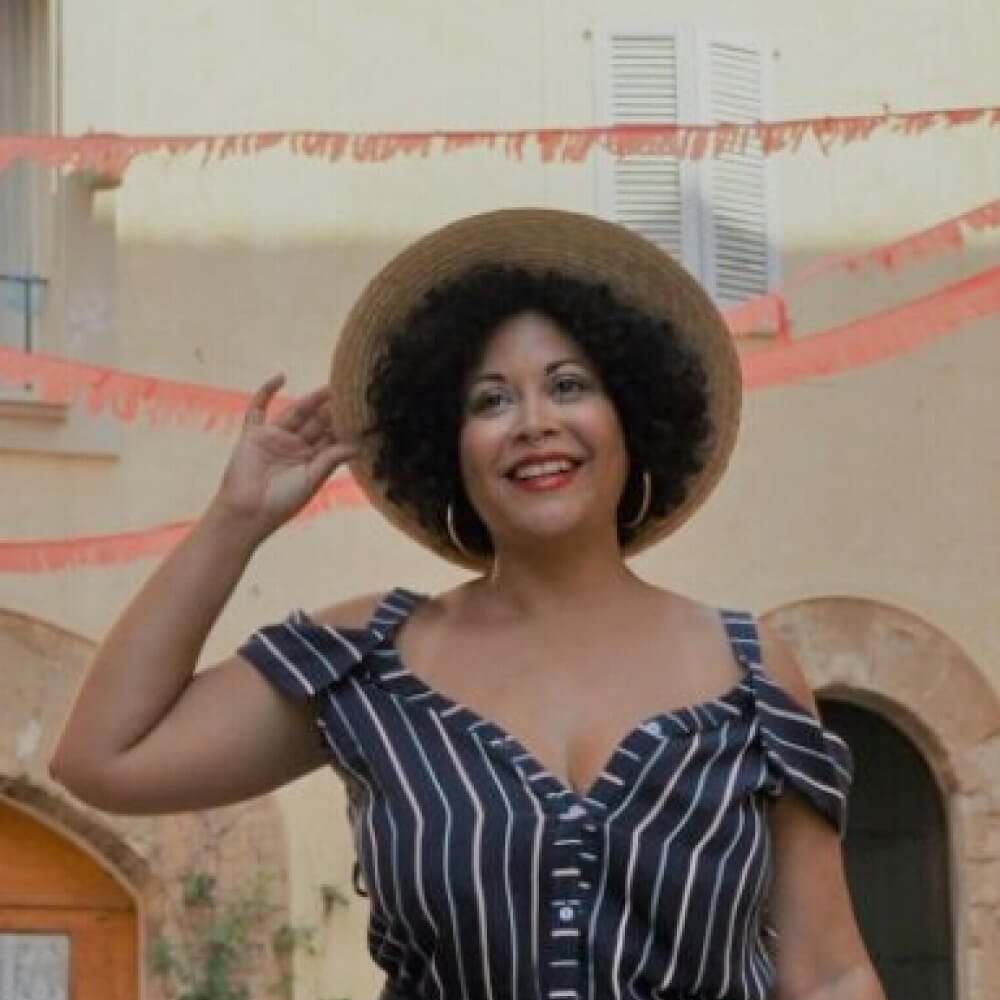