Alaska: The The US State That’s the Least Densely Populated 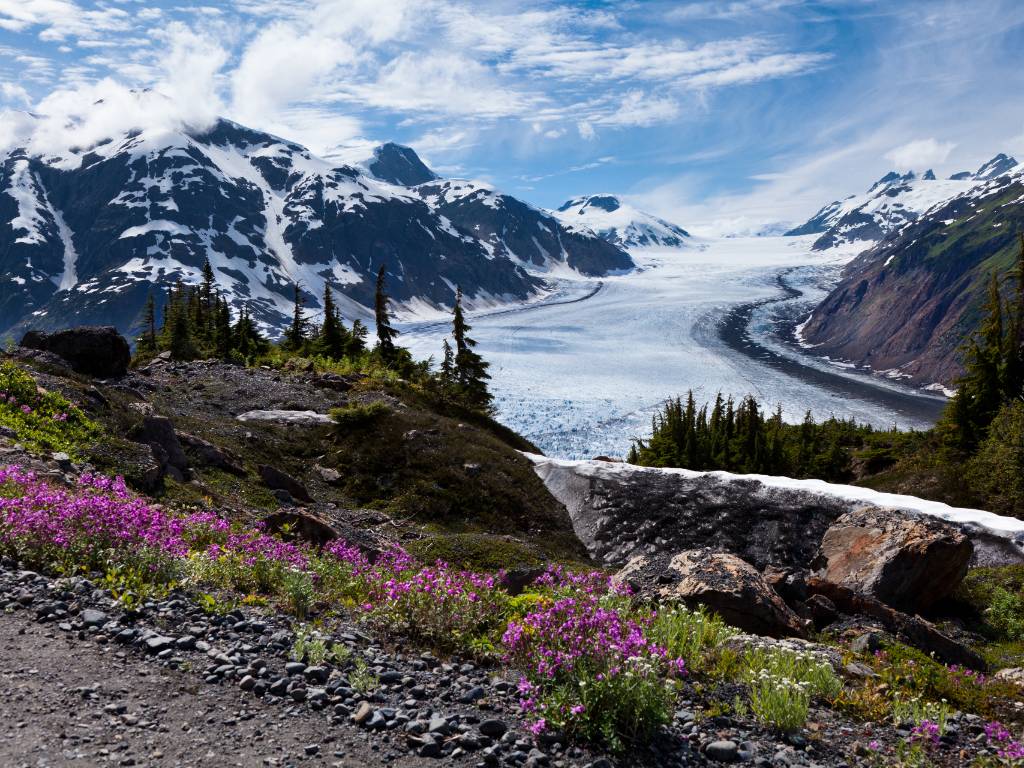 If you’re accustomed to seeing maps of the US with Alaska and Hawaii in little boxes in the lower left-hand corner, you might be surprised at just how vast the 49th state is.

It’s actually so large that if it was cut in half, it would still be the biggest and second-biggest states in the country. Superimposed over the continental US, its Arctic region would cover most of the Midwest, the southern panhandle would poke into Florida, and the islands that make up the Aleutian Islands chain would start in Oklahoma, bisect New Mexico and Arizona, and curve up to California to reach San Francisco.

Interestingly, the northernmost, easternmost, and westernmost points in the US are all found in Alaska. Seriously. Utqiagvik (formerly known as Barrow) is the northernmost city. Amatignak Island is the westernmost point (even farther than Hawaii). And Pochnoi Point on Semisopochnoi Island in the Aleutians is the easternmost because of its location in relation to the 180th meridian..

Still, there are surprisingly few people in Alaska. The state population has stayed at roughly around 700,000 people for more than a decade and it’s the least densely populated state in the US. If the state were divided evenly, each resident would get about one square mile to themselves (for context, if Manhattan had the same population density as Alaska, only about 20 people would live there).

For more than 10,000 years, Indigenous people have lived in what is now called Alaska. Today, Alaska Natives make up roughly one-fifth of the state’s population. There are 228 federally recognized tribes and roughly two dozen Indigenous languages spoken within the state.

There are options throughout the state for those interested in learning more about Alaska’s Indigenous culture. The largest cultural institute is the Alaska Native Heritage Center in Anchorage, with exhibits that delve into the unique history and culture of the various tribal groups. Exhibits include explainers on art, traditional dwellings, regalia, and more. There’s also an expansive gift shop where myriad local artists have their creations on sale.

The most diverse city in the nation

Alaska has long been a north star for immigrants, refugees, and those from the contiguous US looking to start anew. It’s hard to say why: it may be because it’s a younger state with more room for newcomers to try new ventures or it may be because Alaska just has a reputation for those looking for an adventure. To that point, roughly 11% of people in Anchorage, the most populous city, were born in another country and another 47% were born in another state.

It might also come as a surprise to learn that Anchorage has a population of just under 300,000 people, contains 19 of the top 20 most diverse elementary schools in the United States (the other one is in Honolulu).

According to sociologist and demographer Dr. Chad Farrell, what makes Anchorage so diverse is a near equal split within many neighborhoods of the seven race groups recognized on the US Census (White, Black, Latinx, Alaska Native and Native American, Asian, Native Hawaiian and Pacific Islander, and biracial). No group is significantly more represented than another. That also means that there are oodles of incredible restaurants in Anchorage with cuisines spanning the globe.

The Alaska Railroad, which extends 470 miles from Seward on Alaska’s southern coast north to Fairbanks, operates the last whistle-stop route in the country.

On a certain 150-mile stretch of track between Talkeetna and Denali National Park, would-be riders need only extend their thumb or wave a piece of fabric for the train to stop and for them to board. It’s a service that’s really only used by homesteaders—people who live off-the-grid in this remote section of the state—and serves as an essential lifeline for them to get to bigger cities when they need to.

Midnight sun and days of nights

Utqiagvik, the northernmost city in the US, has interesting bragging rights: It has both the longest and shortest “days” of the year. Because of the earth’s tilt, when the sun rises on May 11, it doesn’t set again for nearly three months. But, on the other end of the spectrum, when it sets on November 18, locals don’t see the sun again for almost two months.

Throughout the rest of Alaska, days are long in the summer and short in the winter, though not to the same extreme as Utqiagvik and other communities on the northern coast. (Anchorage, for instance, sees three hours and 42 minutes of daylight on the winter solstice and 19 hours and 22 minutes on the summer solstice).

Hundreds of communities you can’t drive to

In many rural Alaska communities, high-schoolers learn to fly before they learn to drive. While yes, Alaska has the most pilots per capita of any state, the bigger reason is that there just aren’t roads in much of the state. There are more than 200 villages that aren’t connected to the road system, meaning the only way to get to them is by dog sledding, snow machining (snowmobiling to Lower 48ers), ATVing, hiking, boating, or flying.

The vast majority aren’t places that tourists will typically visit—there just aren’t hotels, so they’d need to camp in most of them. However, there are some cities that have more traveler amenities and do see a fair number of visitors, such as Nome, the city where the Iditarod Trail Sled Dog race ends, and Halibut Cove, an artist colony reachable by boat from Homer.

Despite the high cost of getting brewing materials (ranging from hops to pint glasses) shipped up, Alaska has tons of breweries. While it’s hard to say which state actually has the most breweries per capita, considering new breweries open or close constantly, it’s safe to say that Alaska ranks near the top. Currently, there are more than 40 breweries operating, with more on the way.

The most well-known outside Alaska is arguably Alaskan Brewing Company, because it’s the longest continually operating brewery in the state and distributes to most other states. Anchorage Brewing Company has something of a cult following in and outside of Alaska thanks to its barleywines and barrel-aged stouts.

The number of breweries is even more impressive considering how strict rules for operating a brewery in Alaska are, largely due to an ongoing struggle with bars. Because the cost of licensing a bar is so much greater than a license for a brewery, bar owners have argued that if a brewery feels too much like a bar, it should be charged the same fees. The state decided the best compromise (if you can call it that) would be to put limits on how much beer a brewery can sell to a person per day: 36 ounces. Other, ahem, interesting restrictions on breweries include a mandated 8 p.m. closing time and a ban on live entertainment, TVs, pool tables and games of all kinds, and dancing.

More than 5% of Alaska is covered by glaciers—there are over 100,000 within the state.

The largest is Bering Glacier, near Cordova in the southeast of the state. Combined with the ice fields that feed into it, it’s 126 miles long and covers an area of more than 1,900 square miles—about the size of Delaware.

Some—like Ruth Glacier, the top of which is just three vertical miles from the summit of Denali—are a long trek or an expensive charter plane to get to. Others, like Matanuska Glacier, Portage Glacier, Exit Glacier, and Root Glacier, among many others, you can either drive right up to or take a quick hike to reach. All are well-worth the trip.

National Parks a with no match

The largest national park in the country, Wrangell-St. Elias National Park and Preserve is here. It spans 13.2 million acres (more than six times the size of Yellowstone), holds four mountain ranges, boasts the second tallest peak on the continent (and 9 of the 16 highest peaks in the US), and contains the nation’s largest glacial system.

That being said, the park that’s arguably better known is Denali National Park and Preserve.

Named after the 20,320-foot-tall mountain at its center (which appropriately means “The Great One” in Koyukon Athabascan and is also known as Mt. McKinley), this 6.1-million acre park is nirvana for those seeking true wilderness experiences. There’s only one 92-mile road into the park, so to see most of the protected land, you’ll have to hike there yourself.

Throughout all the various parks, travelers can spot moose, bears, Dall sheep, eagles, wolves, and more. Though perhaps the most ubiquitous is what locals claim is the state bird: the mosquito (in reality, it’s the willow ptarmigan, but still, bring bug spray).

Searching for the northern lights

You don’t have to go to Iceland, Norway, or Sweden to see the elusive aurora borealis—the colorful solar-powered show is visible just as often in Alaska.

While the northern lights are technically happening all year, it’s only dark enough to catch them from August to April (and they are only visible when the sky is clear of clouds and there’s no competing light pollution).

No two auroral displays are the same; they can glow green, white, red, or violet. Sometimes they last only minutes; other nights, they dance for hours. And they can look like streamers, rays, coronas, or barcodes.

While scientists can estimate how likely the lights will appear each night (on a scale of 0 to 9 called the KP-index), there’s no guarantee. Often it’s a matter of luck. But, if you want to stack the deck, it’s a good idea to go as far north as possible. Fairbanks is known for having more than 200 auroral appearances each year.

Thank you! Your submission has been received!
Oops! Something went wrong while submitting the form.
Last Updated
July 6, 2022 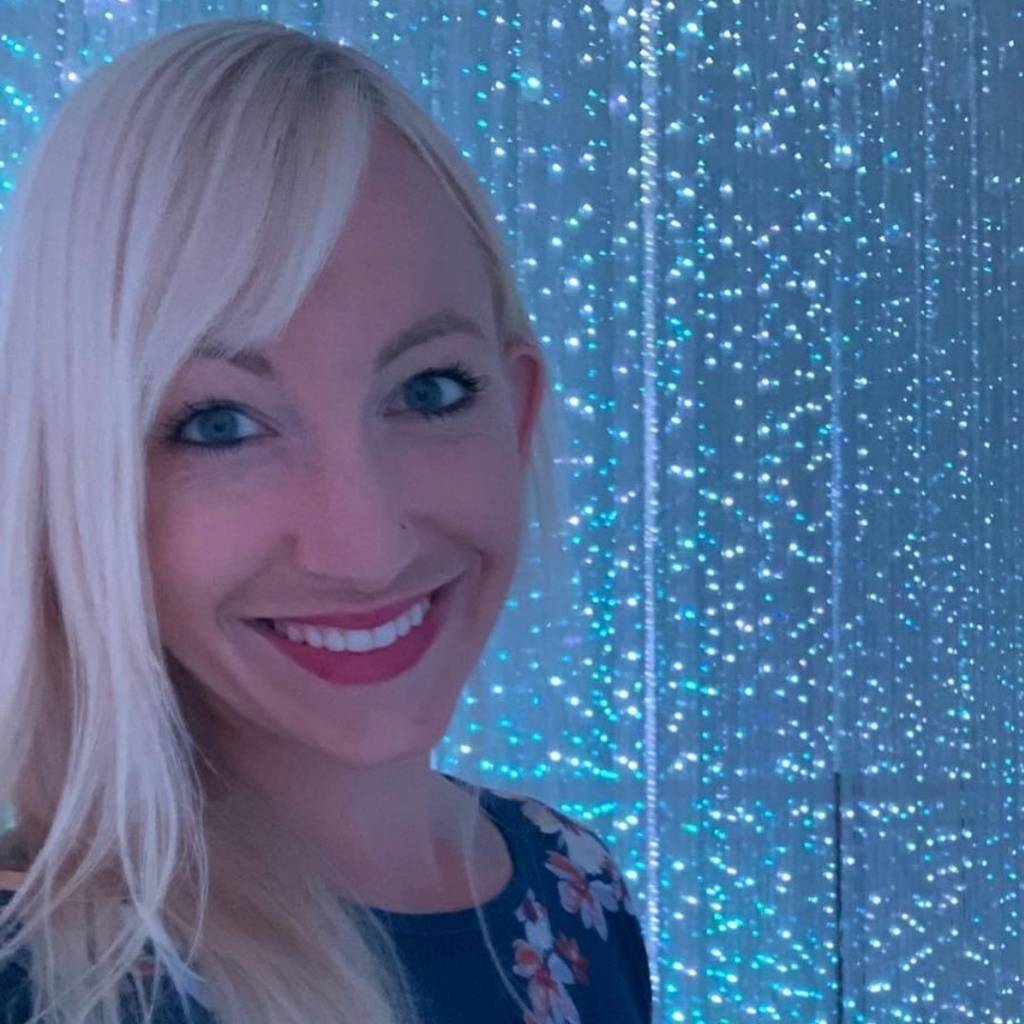 Bailey is a journalist whose work can also be found in The New York Times, The Washington Post, AFAR, National Geographic, Conde Nast Traveler, Travel + Leisure, Lonely Planet, Atlas Obscura, and many more publications. She spent seven years living, year round, in Alaska.