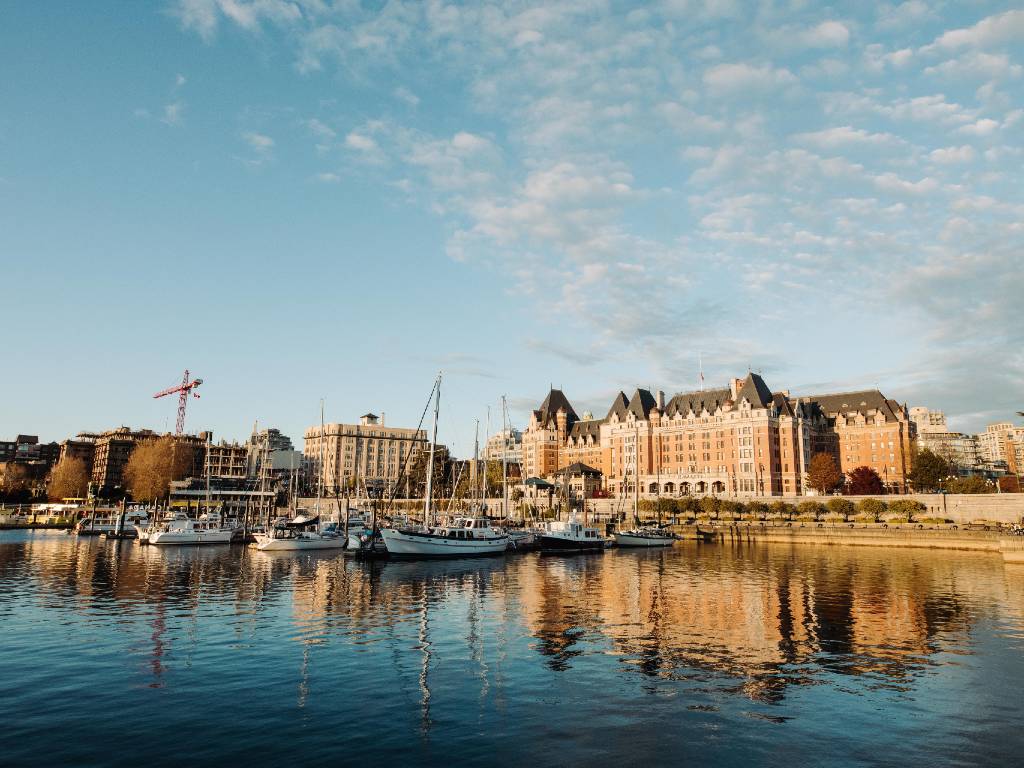 Welcome to “The Rock”

Surrounded by the Pacific Ocean off the west coast of Canada, Vancouver Island is about 290 miles long and 60 miles across at the widest point. It stretches from the capital city of Victoria in the south to windswept Cape Scott in the north, with mountains climbing through the center and more than 2,130 miles of coastline. It's no wonder locals call their substantial island home "The Rock."

Don’t let the name convince you the island is barren, though. Flowers bloom in all four seasons and wine grapes and tea leaves grow in the countryside. Tide pools and ancient rainforests line the coast, whales ply the waters offshore, and colorful port towns compete with the elegant capital. This is one rock that’s teeming with life.

Big waves and even bigger storms

The town of Tofino is known as Canada's surf capital. It was recognized by Outside magazine as "the best surf town in North America" in 2010 and hosts annual surf competitions like the Rip Curl Pro Nationals.

Long Beach, the longest stretch of sand on the island’s west coast, is one of the top surf beaches in Tofino along with Chesterman Beach, Wickaninnish Beach, and Cox Bay. While beginners prefer the often gentle spring and summer surf sets, seasoned surfers wait for the 10-foot swells that begin to arrive in October.

During the winter months, things get even wilder. Tofino is set on the western side of Vancouver Island. The wind builds as it comes across the Pacific Ocean, so ferocious storm systems pound the exposed coastline, creating massive 20+ foot waves and making it a prime destination for storm watching.

Check out some footage of the pros tackling the epic surf in the Rip Curl Pro Competition.

The Pacific Ocean surrounding Vancouver Island is home to a wide variety of marine creatures, including species you know, like salmon, halibut, and crab. But these are just the beginning. Have you ever seen a geoduck? This phallic creature (pronounced "gooey duck") isn't easy to forget. The siphon or neck on the world's largest burrowing clam can be as long as three feet.

Other interesting marine life on Vancouver Island includes gooseneck barnacles, sea urchins, and rockfish. Look for these specialties on the menu at local seafood restaurants and in cookbooks like Lure: Sustainable Seafood Recipes from the West Coast by Ned Bell and Valerie Howes. Chef and seafood advocate, Ned Bell shares simple techniques and tasty recipes like crab tacos and geoduck nachos.

Land of the giants

Vancouver Island is home to temperate rainforests where 1000-year-old conifers grow up to 300 feet high and 30 feet around. There are numerous locations to experience these giants, including the scenic town of Sooke, a 45-minute drive from Victoria, or beaches like Sandcut Beach, where the waves have carved unique formations along the shore. Another option is accessible Cathedral Grove in MacMillan Provincial Park, located between Qualicum Beach and Port Alberni, where you can walk amongst stands of ancient Douglas fir trees.

Visit the University of British Columbia Big Tree Registry for specific information about the largest trees in the province, photos, and where you can find massive trees like the Cheewhat Giant redcedar, the largest tree in Canada.

You've got mail…from a goat

The town of Coombs is home to some of Vancouver Island’s most famous four-legged residents: a herd of goats that live on the roof of the Old Country Market.

You might be wondering how the goats ended up on the roof. Over thirty years ago, the owners were reportedly drinking wine and chatting about how they were going to deal with the overgrown grass on the Old Country Market's sod roof. One more glass of wine and ta-da, they decided to get some goats.

The market is now a popular photo-op stop on the way to Tofino—and an excellent place to pick up a snack (the ice cream is delicious), shop for souvenirs, and of course, gaze at the grazing goats.

The goats even answer fan mail between mouthfuls of grass. Join people from all over the world and drop one of the goats a note and they’ll answer your burning questions—goat-related or not.

The culture and traditions brought to Canada by Chinese immigrants a little more than 135 years ago are still strong in the country's oldest Chinatown in Victoria. Highlights include the ornate Gate of Harmonious Interest on Fisgard Street, a Chinese public school, Buddhist temple, and Fan Tan Alley, the narrowest street in Canada. It’s only four feet wide at the tightest spot.

There are many hiking trails on Vancouver Island, but you won't need any special outdoor gear to follow the best ones.

In 1858, Victoria Brewery was founded by William Steinberger, a German immigrant who started brewing golden beer for thirsty prospectors. Canada's first brewpub, Spinnakers, opened in 1984, and now there are more than a dozen breweries operating in Victoria. Today you can taste and toast the thriving beer culture at stops along the Ale Trail.

Similar to the Ale Trail, Vancouver Island's Spirit Path connects a collection of craft distilleries producing gin, vodka, absinthe, single malt whiskey, and more throughout Vancouver Island. A highlight is the Seaside Gin from Sheringham Distillery in Sooke, which took the top spot at the World Gin Awards in 2019.

To cool off on a warm day or evoke summer memories, mix yourself a Summer Garden Sensation—a bubbly combo of gin, club soda, sugar, and muddled basil and strawberry.

Missing out on global cuisine, and like to cook? Take a look at Ben to Table's "Taste the World" subscription for fun ingredients exploring a different cuisine each month.*

Once part of the ancient travel and trade route used by First Nations peoples, what's known as the West Coast Trail today also served another purpose. Over 200 years ago, when ship traffic increased off the Pacific coast, so did the number of shipwrecks.

After a steamship went down in 1906 and more than 125 people perished, the First Nations trading route was renamed the Dominion Life Saving Trail, complete with six shelters stocked with provisions. Once ocean navigation improved, the Life Saving Trail became obsolete.

In 1973, the trail was renamed the West Coast Trail. It’s now part of the Pacific Rim National Park Reserve, and approximately 7,500 backpackers leave footprints along this rugged and challenging 47-mile trail each year.

The Royal British Columbia Museum in Victoria explores the history and culture of the First Nations with an interactive Living Languages exhibit, totems and more art and artifacts in the First Peoples gallery, and a replica of the ceremonial house of Kwakwa̱ka̱ʼwakw Chief Kwakwabalasami (the late Jonathan Hunt). You can browse the Royal British Columbia Museum from home via Google Arts & Culture.

It's a wild life

Three types of whales (orca, grey, and humpback), along with dolphins, otters, and sea lions inhabit the waters surrounding Vancouver Island. And there’s more on the way.

Whale researchers have announced that one of the resident killer whales is pregnant. This is a big deal for the endangered species. Killer whale gestation periods last 15-18 months, and whale researchers are hoping that the latest offspring is a girl because the pod has very few breeding age females remaining.

Other wildlife that shares “The Rock” with humans includes black bears, deer, and wolves.

The region, located one hour from Victoria, takes its name from the Coast Salish First Nations, who named the area Quw'utsun' or Cowichan, meaning "land warmed by the sun." With the warmest mean year-round temperatures in Canada and the longest growing season in the country, the Cowichan Valley is home to about half of the wineries on Vancouver Island, and produces Pinot Gris, Pinot Noir, and Gewürztraminer.

From farm to cuppa

The city of Victoria was originally named Fort Victoria, after the British monarch Queen Victoria, and it’s referred to as Canada's most British city. It may not be surprising, then, that there is a thriving tea culture here.

From walking amongst the organic leaves at Canada's first (and only) dedicated tea plantation at Westholme Tea Farm to the historic Fairmont Empress overlooking Victoria's Inner Harbour, where the afternoon tea has been poured for over a century, steeping yourself in Vancouver Island's rich tea culture is easy—and you can get started at home.

Westholme delivers to the US so you can curl up with a cup, check out the beach cam overlooking Chesterman Beach and pretend you’re on The Rock for just a little bit.

Join Scott's Cheap Flights and get amazing flight deals to destinations around the world delivered to your inbox. Members save an average of $550 per flight. 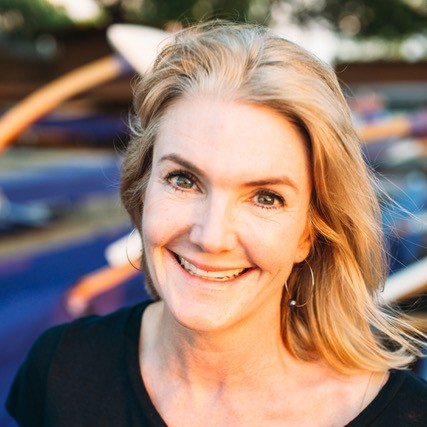 Nancy is an award-winning writer, blogger at Luxe Travel Family, and adventure-loving Canadian. Vancouver Island has been Nancy’s home for over twenty years. When she's not exploring the spectacular West Coast of British Columbia, Nancy is traveling the world (often with her family).