The Layover Guide to Singapore 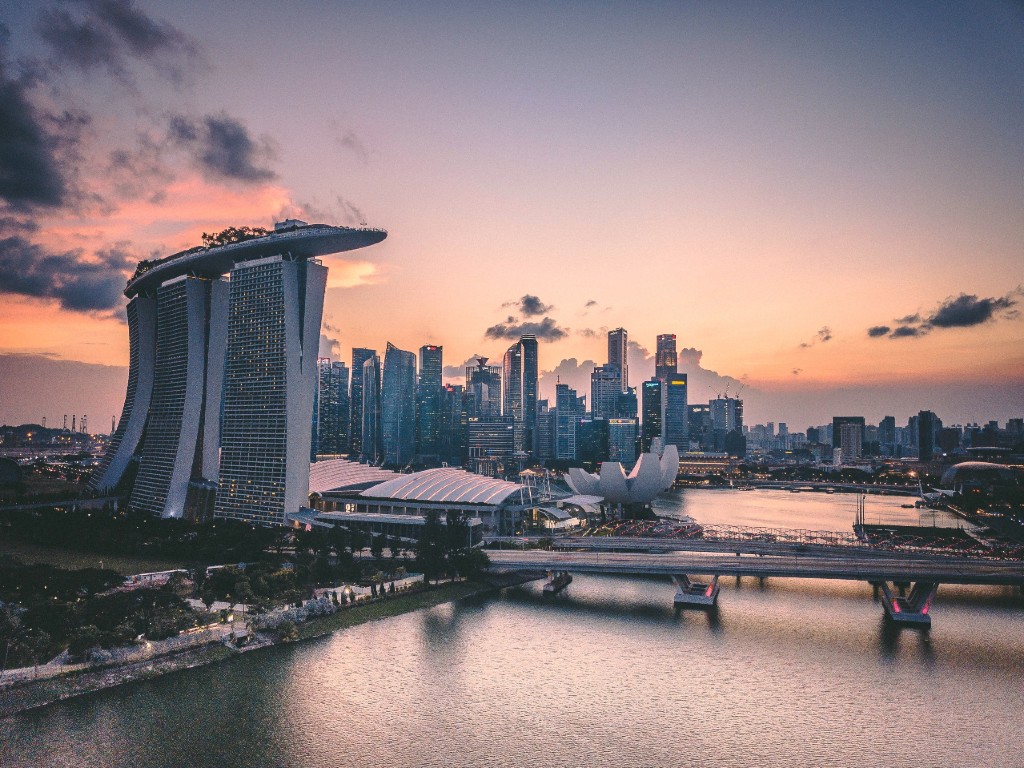 Singapore is one of the best cities in the world for a layover—it’s safe, clean, compact and has an unbeatable food scene. That is, if you can bring yourself to leave the airport and explore the city. Changi International Airport (SIN) is a destination in itself. Efficient and easy to navigate, the highly praised airport is home to local and international boutiques, two hotels, a cinema, art installations, and the brand new Jewel Changi area.

For visits up to 30 days, US travelers don’t need a visa to enter Singapore.

Since Singapore is a city-state, any connection through SIN will be international. To be on the safe side, budget at least 1.5 hours to make your connection if you only have carry-ons and/or your bags have already been checked through to your final destination. For those who need to recheck their bags, we’d recommend at least 2 hours.

If you already have a boarding pass, simply follow signs towards immigration, then find your boarding gate. Some passengers may need to collect their luggage at the baggage claim first, then check-in at their airline’s transfer deck before proceeding.

The airport’s four terminals are connected via complimentary Skytrain and shuttle bus services. To confirm your flight’s terminal and boarding gate, refer to the TIPDS (Transfer Information Passenger Display Systems) or ask a Changi Experience Agent for help.

It takes about 30 minutes to reach downtown Singapore, so we wouldn’t recommend leaving the airport unless you have a minimum of 6 hours to kill. That leaves you about two hours to explore.

Getting from the Singapore Changi airport to the city center

Every terminal has 24/7 baggage storage facilities, so it’s easy to drop your luggage and head into the city. The best-value option is the metro (called the MRT). Open from 5:30am to 11pm every day, the MRT ride takes about 30 to 45 minutes and costs roughly $1.50 each way. Taxis are another solid option: the 20- to 30-minute ride will set you back about $17-$30.

How to spend a short layover at the Singapore airport

A cross between a theme park, urban garden and transit hub, SIN has been ranked the World’s Best Airport by Skytrax (for seven years running, no less) for good reason: It’s clean, comfortable, efficient, and brimming with things to do.

Last year, the airport’s $1.3 billion addition, Jewel Changi proved that SIN is much more than just an airport. The stunning glass-and-steel dome houses a movie theater, rooftop Sunflower Garden, Mirror Maze, tube slide, indoor nature trails, orchid gardens, palms and fig trees, arcade games, and a dramatic waterfall plunging through the center of it all. It’s a gorgeous, entertaining and altogether refreshing way to spend a few hours in transit.

How to spend a short Singapore layover outside the airport

If you have at least 5.5 hours, Changi’s free tours are the best way to explore the city without stressing about logistics and time.

The Heritage Tour traverses Singapore’s past and present, stopping in cultural districts such as Chinatown, Little India, Kampong Glam and the iconic Merlion Park. In contrast, the City Sights tour is ideal for families, hitting up the Singapore Flyer, Marina Bay Sands, and Gardens by the Bay.

If you rather explore on your own, you can visit Marina Bay and Gardens by the Bay—Singapore's sprawling botanical gardens—as a pair. You can easily spend an hour or two exploring the gardens’ futuristic biodomes, Supertrees, and spectacular skywalks.

More into history? Get lost in Little India, Chinatown or Kampong Glam, the city’s Muslim quarter, where 19th-century shophouses will transport you to another era. Check out the gold-domed Sultan Mosque and the Malay Heritage Centre, then stop for a coffee on trendy Haji Lane.

Foodies should be sure to visit a hawker center for authentic, delicious and affordable Singaporean food. Try Maxwell Food Centre, the Chinatown Complex Food Centre, or Tiong Bahru Food Centre for a wide sampling of the city’s most beloved dishes.

How to spend an overnight layover in Singapore

If you’re spending the night, check-in at the Crowne Plaza Changi Airport, which has been named the world’s best airport hotel for the fifth consecutive year by Skytrax. There’s a rooftop pool, fitness center, and four dining options. Another option is the high-tech YOTELAIR Hotel where you can expect snug yet smartly designed rooms that are conveniently bookable by the hour.

Nothing is far away in Singapore, so where you stay is largely based on your personal style and budget. In town, you’ll find more affordable boutique hotels, hostels and B&Bs peppered around neighborhoods like Little India, Chinatown, Ann Siang Hill, and Kampong Glam. Meanwhile, the majority of five-star accommodations and business hotels encircle Marina Bay in the Downtown Core District.

Transit travelers with 5.5 hours to spare can take advantage of Changi’s free 2.5-hour guided tours. There are two bus tour itineraries, each of which runs seven times daily and stops at major landmarks like Kampong Glam and Gardens by the Bay. Twice a day, there’s also a free walking tour around Jewel Changi Airport should you wish to learn more about this state-of-the-art addition.

For longer layovers, consider a Changi Stopovers package, which includes a one-night stay at a hotel of your choice, a complimentary SIM card, and a free one-way airport transfer. Prices start at around $45 per person, though rates may increase depending on which hotel you choose and when you visit.

Singapore dollar (SGD). ATMs are plentiful at the airport and around the city. Most restaurants, cafes, taxis and even hawker centers accept credit cards, but it’s a good idea to carry some cash with you, just in case.

Singapore is one of the most expensive cities in the world. If you book directly with hotels or via online booking platforms, expect to pay around $70 per night for a three-star hotel, or $300 and up for a five-star.

Dining prices vary massively since the city is home to luxurious, fine-dining establishments right alongside affordable mom ‘n’ pop cafes and hawker markets. You can easily enjoy meals for $5 per person or spend more than $200 per person.

No matter where you dine, alcohol is relatively expensive. At restaurants and bars, don’t be surprised if an average bottle of beer sets you back $6-8, while wine costs around $15, and cocktails can easily exceed $20. If you’re on a budget, seek out happy hour deals (usually between 5 and 8 pm) and free-flow options, which often offer better value.

Much like the rest of Southeast Asia, Singapore is extremely hot, humid, and rainy for the majority of the year. Visit from February to April for the driest weather. Even then, the average temperature hovers around 90 degrees Fahrenheit so pack light, airy fabrics like linen, cotton, and chambray.

Singapore is one of the safest cities in the world, with exceptionally low crime rates. It’s also one the cleanest. If you’re caught littering, expect a fine of anywhere from $217 to $1,400 depending on the severity of the offense.

Souvenir stores often carry tongue-in-cheek T-shirts reading: “Singapore: A fine city,” in reference to the wide range of penalties on things like eating and drinking on the MRT, feeding pigeons, jaywalking, drinking in public, and even chewing gum.

The subway system, called MRT, is the fastest and cheapest way to zip around the city. When you arrive at the airport, purchase a Singapore Tourist Pass (STP)—a stored-value card that enables unlimited travel for one day (around $7), two days ($12), or three days ($15). Alternatively, you can also use a credit card to pay as you go, though foreign transaction fees might apply.

Singapore is heaven for foodies thanks to a delicious melange of Chinese, Indian, Malaysian and Indonesian influences. You will eat well everywhere, from humble hawker stalls to Michelin-starred restaurants.

Nightlife tends to be relaxed and upscale, especially in areas like Ann Siang Hill and Club Street. Head to subterranean Operation Dagger for one-of-a-kind cocktails; Oxwell & Co for a British gastropub experience, and Japanese bar Cache for whiskey, craft beer, and sake.

As one of the world’s cheapest Michelin-starred eateries, Hawker Chan, a famous hawker stall at the Chinatown Complex Food Centre, serves up an absolutely delicious Cantonese-style soya sauce chicken and barbecued pork for about $1.50 per plate.

Sure, the views from Marina Bay Sands are great, but this monolith is the definition of a tourist trap. What’s more, you have to pay a hefty entrance fee to access the observation deck, so we’d recommend choosing one of the city’s many chic rooftop bars—like Lantern, Smoke and Mirrors, or The Other Room—for a better experience.

Join Scott's Cheap Flights and save up to 90% on airfare to Singapore and thousands of destinations around the world.

Thank you! Your submission has been received!
Oops! Something went wrong while submitting the form.
Last Updated
October 23, 2020 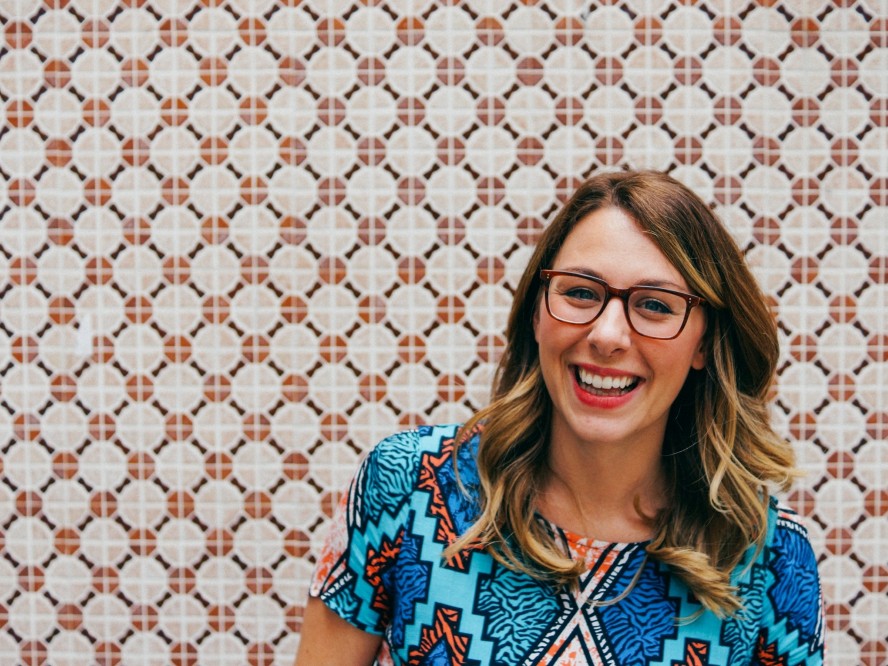 Based in Hong Kong since 2012, Kate Springer is a freelance lifestyle journalist, copywriter and editor. She is currently the director of Springer Creative content agency, Forbes Travel Guide's Hong Kong and Macao correspondent, the managing editor of Ariana social justice publication, and the editor of The Correspondent magazine. Read more of her work here: www.kate-springer.com.