The Layover Guide to Doha 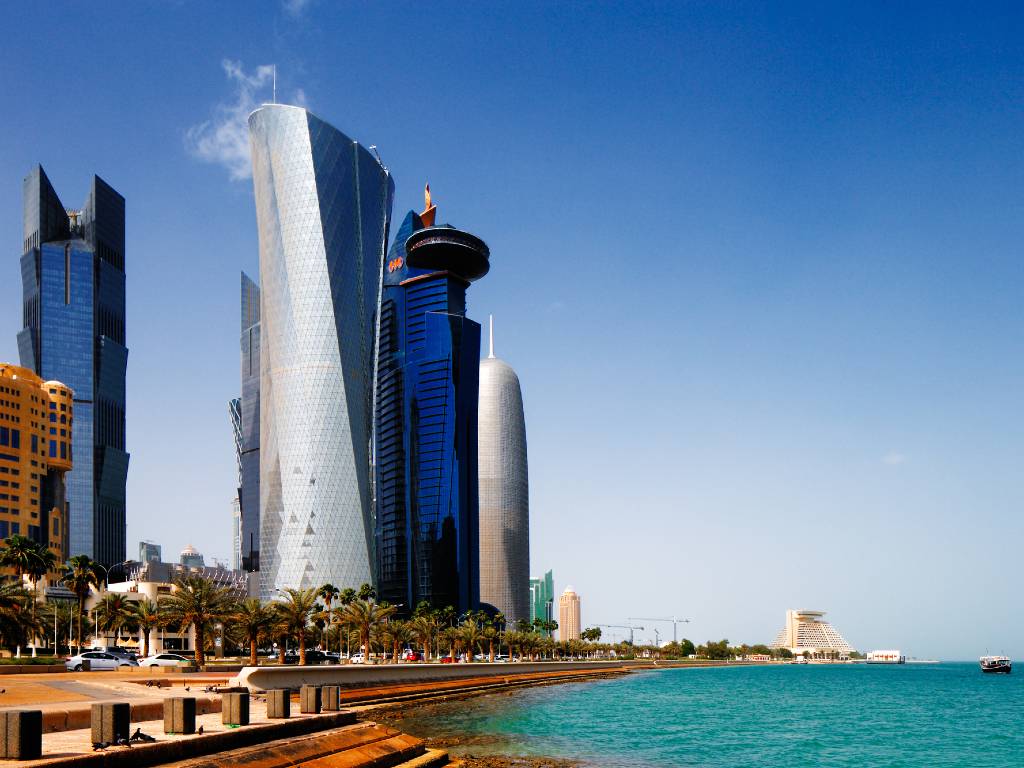 Doha, the capital of Qatar, has grown rapidly in recent years into a city of glitzy architecture and international influence. It also has a long Bedouin history and the world’s largest museum of Islamic art.

While there’s something for every type of traveler here, it leans toward the luxury type, or those who want a quick intro to the Gulf’s history and artistic masterpieces. It’s about a 20-minute drive from the airport or an hour on the metro, and visitors who book through Qatar Airways can even hop on a free city tour.

US passport holders and those from 79 other countries receive a free visa on arrival.

To make an international to domestic connection: 45 mins

You’ll need a minimum of 45 minutes. If you book through Qatar Airways and have a short connection or a flight that’s running late, the airline will send a representative to meet you on arrival and take you to your connecting gate.

Typically one hour is enough, though some flights have a minimum connection time of 1 hour and 30 minutes. The airport is well organized with many signs and international connections are easy.

You’ll want to give yourself about two hours to get back to the airport and go through security so a layover of six hours only leaves you with about three hours of exploring. For more time to haggle in the souq or have a leisurely meal, 8-10 hours is even better.

Getting from the Doha Hamad International Airport to the city center

There are several ways to reach the Doha city center from the airport.

The bus runs three routes throughout the day, with one 24-hour route. They cost around $1, depending on where you go, and run every 20-30 minutes. The trip takes about 40 minutes.

Karwa taxis are available at the taxi pavillion to the left of the arrivals hall. All taxis are metered and the fare starts at QAR 25, which is about $7. From there they cost QAR 1.20 (33 cents) per kilometre between 5pm and 9pm and QAR 1.80 (49 cents) per kilometre between 9pm and 5am. Taxis only accept cash and only in local currency. The drive into the city center takes 15-25 minutes.

Uber is available from Hamad International Airport. Trips to the city center cost between $7-9 and take 15-25 minutes.

The metro is one of the easiest ways to reach cultural attractions. The station is inside the airport and goes directly to major tourist and business centers. A day pass costs QAR 6, or $1.65 and takes about 20 minutes.

How to spend a short layover at the Doha airport

The Hamad International Airport (DOH) opened in 2014 but is already under construction again in preparation for the FIFA World Cup in 2022. The expanded airport will feature a large tropical garden and the world’s largest airport lounge. For now, the main attraction is “Lamp Bear,” a 22-foot bronze statue of a teddy bear with its head in a lamp by Swiss artist Urs Fischer. It’s on display in the duty-free shopping hall, so you can’t miss it.

Shopping is big at this airport. There are about 50 designer stores spread throughout the atrium and concourses. Food is somewhat lacking, though. There are a few chains, an Italian restaurant, and a nicer restaurant called Caviar House, which serves caviar and champagne. Take a stroll, do some window shopping, drink some bubbles, and take advantage of the free and fast WiFi. If you have extra time, squeeze in a massage or nail treatment at the spa in Concourse C.

How to spend a short Doha layover outside the airport

If you have limited time in Doha but want to experience the best it has to offer, visit the Souq and the Museum of Islamic Art.

Start with the Museum of Islamic Art, which is the largest collection of its kind in the world. It’s big and can be a bit overwhelming, especially if you’re in a rush. Luckily, the museum’s curators have pulled together short, self-guided tours that take you through highlights based on your preferences.

Next head to the Souq Waqif for a bite to eat and for a taste of history. Once an ancient Bedouin trading market, it later fell into disrepair and then burned, but was rebuilt in the early 2000s. Stock up on souvenirs like spices and textiles, or maybe even a silver dagger. Then eat your way through Qatari, Yemeni, Iranian, Moroccan, and other cuisines. Don’t miss the Falcon Souq within Souq Waqif. Bedouins traditionally used falcons to hunt, but today they’re used for racing and are an important national symbol. Browse the shops filled with falconry tools and ask the owners about the sport.

Walk along the corniche. Start at Souq Waqif and head west toward the skyscrapers for a tour of past to present. It’s a nice walk along the water and will give you a good look at the city’s main sights and architecture.

How to spend an overnight layover in Doha

A longer layover in Doha gives you time to check out the National Museum of Qatar, where you can learn about the country’s history and recent economic boom. Almost as impressive is the building itself, designed by architect Jean Nouvel to look like a desert rose crystal. Art lovers might prefer Katara Cultural Village, the art and culture hub of the city with artist spaces, galleries, and an outdoor amphitheater. There are often festivals and concerts in Katara, and plenty of cafes and restaurants.

Brunch is the thing to do in Doha, so use your morning to blend with local culture at Market by Jean-Georges at the W Hotel. Still have some time? Visit The Pearl, Doha’s man-made island, or take a short dune-bashing tour in the desert.

Stay near the Souq, where there are a range of hotels from budget options to the Four Seasons. It’s convenient and walkable, plus close to nightlife.

Though alcohol is mostly banned in Doha outside of hotels, there is a large expat population and nightlife is easy to find. Visit any of the bars or lounges at high-end hotels and you’ll find people willing to stay up until the early hours. The Club at St. Regis has a jazz club vibe, while Nobu is flashy. And there’s always Irish Harp, your classic Irish pub in the Sheraton Doha Resort & Convention Hotel.

If you have a six-hour layover, you may be eligible for the Free Doha City Tour by Qatar Airways. For 75 QAR, or about $20, travelers can take a guided group tour of Doha, drive past famous monuments, and learn about Katara, The Pearl, Museum of Islamic Art, and Souq Waqif. Or, for 250 QAR, about $69, you can go on a desert adventure or a city tour with a private car. Other excursions include a golf trip or day use of Souq Waqif hotel. Book online or visit the Discover Qatar Tours desk at Concourse A.

When you book a Qatar Airways flight with a layover in Doha of at least 12 hours (and up to four days), you can receive a four-star hotel room for $14.

The official currency is the Qatari Rial. You can exchange USD for Qatari Rial at the airport, or withdraw cash from numerous ATMs. There are plenty of banks in Doha with ATM use for tourists as well.

A 3-star Doha hotel costs on average $60 per night, while a meal in a mid-range restaurant costs about $55 for two. A beer or cocktail in a hotel is around $12.

Doha is a very safe city. It was even recently ranked the second safest city in the world. Women and men can feel safe walking alone day or night and violent crime is very low, as is theft.

Careem (a ride hailing app popular in the Middle East) and Uber are the easiest way to get around and ensure you’ll get to your destination without issues. Taxis are slightly cheaper, and also very easy. The metro is also easy and cheap.

Doha has a wide ranging food scene, from Michelin-starred restaurants to casual street food spots. While you can get Italian, Brazilian, and more, if you have limited time stick with traditional Qatari dishes, which are heavily influenced by India and Iran. Perhaps the most famous dish is Machboos, a spiced rice with vegetables and any kind of meat, sprinkled with rose water and lemon and served with chili sauce. Walima in the Mondrian Doha makes a nice version, as does Al Sufra.

Harees, a cracked wheat porridge with meat, and foul (beans) are also popular. Don’t miss the sweets! Umm ali, a raisin bread pudding, and luqaimat–fried, sticky doughnuts–are Qatari favorites. For a traditional market experience, visit Souq Waqif. The fruit and vegetable market has been updated from its original state and includes restaurants and cafes, but retains some old-world charm.

Qataris speak Arabic, though English is widely spoken as a second language.

The Arabian horses outside the Falcon Souq, bargaining over antique coffee pots or detailed copper plates, and tasting some of the world’s best dates in Souq Waqif.

Malls are popular in Doha, but overrated. They’re massive, but contain the same stores you’ll find anywhere else, and aren’t particularly interesting to look at otherwise.

Join Scott's Cheap Flights and save up to 90% on flights to thousands of destinations around the world. 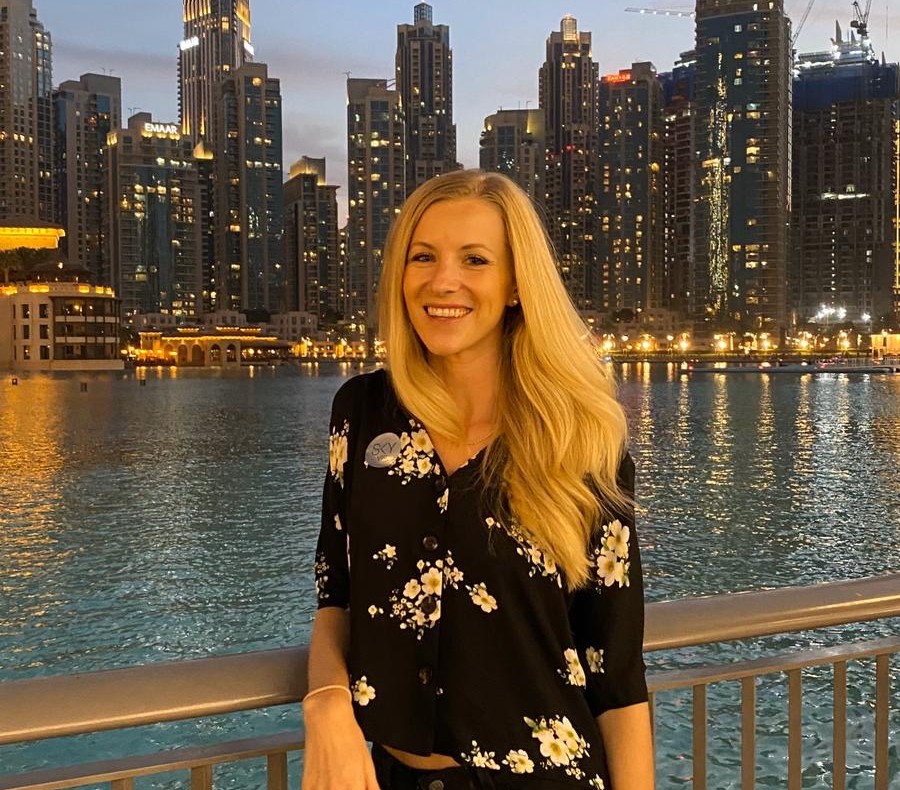