The Best Time to Book a Cheap Flight 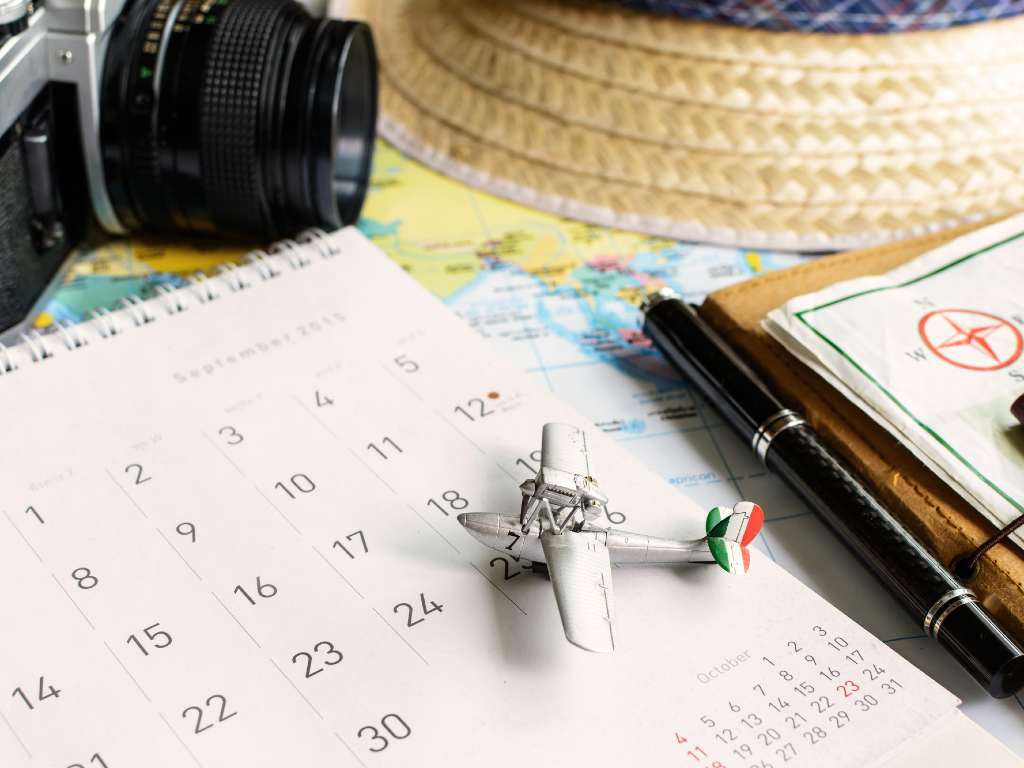 There’s no shortage of opinions on the best time to book a flight, and—not surprisingly—the information varies depending on the source.

At Scott’s Cheap Flights, we know a thing or two about finding airfare deals. We swim in those waters 24/7. So, we also have some opinions on the subject.

A report from Skyscanner says that the cheapest month to book a flight from the US is January, followed by February and August. The same report claims that you should book flights at 5am for the most potential savings, avoid booking flights between 8–11pm, and book on Tuesdays for domestic flights and Wednesdays for international flights.

It all seems so convenient, right? It would be so easy if you knew not only the best months and days of the week, but even the best hours of the day to click the “buy” button on airfare.

Like most things that sound too good to be true, though, this report isn’t as definitive as it sounds.

As Scott's Cheap Flights members know, fantastic airfare deals pop up year-round—and they don’t care much about what day or time it is. We’ve seen some killer deals on days or months that some reports would have you believe there’s no point in even looking.

We don’t think it’s possible to answer the question of “what’s the best time to book a flight for the cheapest fare” in such simple terms. The truth is that it not only varies a bit depending on where you’re from and where you’re going, there are a whole lot of other unknowns and unexpected factors that can influence the price of a flight.

Let’s dissect the question of “best time” to get to its individual elements: month, day, and time in advance of a trip.

What’s the best month to book a cheap flight?

If the Skyscanner report was the end of the conversation, you’d only get Scott’s Cheap Flights emails in January, February, and August.

The reality is that deals pop up in every month for varying reasons and for different destinations.

For example, last year we sent the most fare alert emails in October, with August, July, November, and January also seeing a plethora of deals. However, within each month, there were some variances by destination.

For reference, here’s a rundown on the best deals we saw last year for each region of the globe. Note that these aren’t the cheapest months in which to travel to these regions, rather they’re the months during which we found the most deals to each place (for example, a deal sent in May might be for travel in December).

The best time to book a cheap flight to Africa

The best month for snagging great deals to Africa was May. However, we saw amazing deals to Africa consistently throughout the year, like an August deal from DC to Nairobi for $574 roundtrip (for travel Jan–April 2019)

The best time to book a cheap flight to Asia

The best months for scoring a deal to Asia were August and October, followed by April and September, but again, there were plenty of deals in other months, too. In July we found $333 nonstop roundtrip flights from SFO to Beijing (for travel Sept–Oct 2018).

The best time to book a cheap flight to Oceania

The best time to book a cheap flight to Europe

The months we send the most deals for travel to Europe were in August, October, and November. However, there were deals galore in every single other month as well, like great fares in the $200s/$300s roundtrip to Europe from the US in November (for travel Jan–May 2019) and similar flights in the $400s/$500s in July (for travel Aug 2018–May 2019).

>> Read our complete guide to finding cheap flights to Europe

The best time to book a cheap flight to Latin America

We saw a marginal increase in the number of fare alerts we sent for travel to Latin America in October but otherwise, the number of great deals was pretty consistent throughout the year. For example, in December we shared a killer nonstop deal to Buenos Aires for $526 roundtrip from Miami (for travel Jan–June 2019) and in April we found roundtrip flights in the $200s/$300s to Bogota from several cities in the US (for travel April–May and Aug–Sept 2018).

Ultimately, while some months do see slightly more deals, we see deals all the time, and there’s never a bad month to find and book a cheap flight.

What is the best day of the week to find cheap flights?

Another popular question is around the best day to book flights, and in particular, people wonder, “are plane tickets cheaper on Tuesday?”

A lot of sites claim this to be true, and it once was. Airlines used to post updated prices at a certain time of day each week (Tuesday, according to popular belief), but nowadays airline prices are constantly updated and can fluctuate by the second.

We see deals every day, and we send out fare alerts 24/7, so we don’t think the Tuesday hypothesis holds water. Every day is a great day to find a cheap flight.

How far in advance should I book a flight?

Part of the math involved when you book airline tickets is knowing how many days in advance you should be checking on fares. There are plenty of opinions on this topic, too.

You can book flights up to a year in advance, but that doesn’t necessarily equal the best deal. If you have less flexibility or are traveling during peak times, start tracking flights early so you know the standard price—and can identify a good deal when you see one.

Whether or not you aspire to be the kind of traveler who decides on a Tuesday to go to Aruba on Friday, you should know that deals on last-minute flights are more rare than you might have been led to believe.

Airlines used to offer killer deals a few weeks out when they were trying to fill vacant seats with leisure travelers. But the times have changed, and now their bottom line is covered by expensive first and business class tickets, so there’s no need to fill every seat. Plus, they know some of those empty seats will get snapped up by business travelers heading out on a sudden trip—and they pay full price.

Generally speaking, waiting until the 11th hour to book airfare isn’t going to save you money. After about the three week mark, prices rise significantly, no matter the route. ‍

Bottom line: We think there’s no single best time to buy airline tickets. We find cheap flights and send them to our members all the time, so the best time to book your flight is when you find a deal that works for you.

Never miss a great flight deal. Sign up for Scott's Cheap Flights and get airfare alerts delivered right to your inbox.

Thank you! Your submission has been received!
Oops! Something went wrong while submitting the form.
Last Updated
October 20, 2021