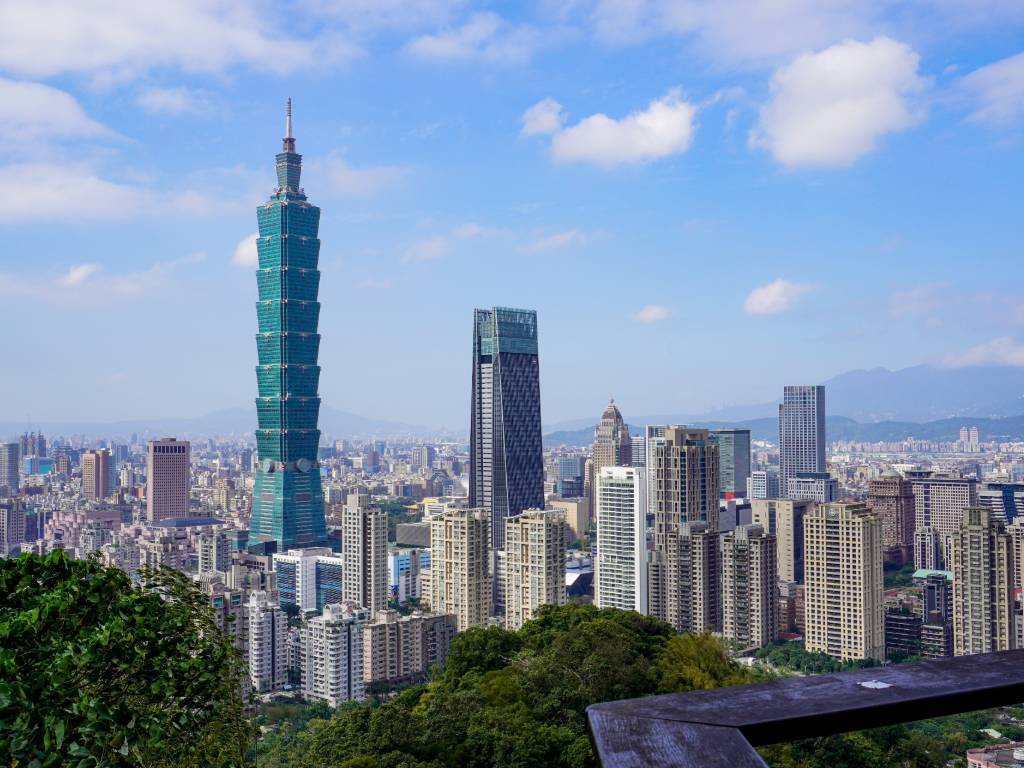 Taipei is the cosmopolitan capital city of Taiwan, and a surprising mix of futuristic modernism and ancient tradition. Home to 2.6 million citizens, it’s a city that never sleeps with renowned night markets featuring arguably some of the most amazing street food in the world.

It’s a buzzing city where ancient temples are flanked by towering skyscrapers (the Taipei 101 skyscraper was the world’s tallest building from 2004-2009) filled with name-brand goods. For those looking for an escape, this modern city is also filled with plenty of green. You don’t ever have to wander far to reach one of the many forested hillsides and parks that are dotted all over the city. Taipei is a city steeped in historical culture combined with modernized Western, Chinese, and Japanese touches.

Japan colonized Taiwan from 1895 to 1945, and more than 75 years later, the Taiwanese people are still a bit obsessed with Japanese culture—with a passion for soba, sushi, and even one of Taiwan’s most popular pets, the Japanese Shiba Inu. It’s an interesting juxtaposition to their complicated feelings about China.

Many older Taiwanese have positively nostalgic views of the Japanese occupation, appreciating the occupation’s relics, including Baroque-style architecture, well-built railways and infrastructure, and improved farming techniques. These days you’ll still encounter Japanese signs throughout the streets of Taiwan, even though few Taiwanese can read Japanese characters.

The “Harajuku of Taipei”

Taipei’s Ximending Pedestrian Area was created as a cultural and recreation zone during the Japanese occupation. Like in Japan’s Harajuku neighborhood, fashionistas stomp down the streets in platform shoes visiting the area’s edgy and hip clothing shops. Located just west of Taipei Main Station, it’s a hotspot for Taiwan’s fashion subculture, youth, and alternative lifestyles.

Head there for famous club and bar hopping spots for tourists and locals gay and straight—Ximending is also the heart of Taipei’s LGBTQ community. It’s fast-paced and a sensory overload, and so much fun. It’s also where you can find Taipei’s first Modern Toilet Restaurant, a restaurant with one of the more unique—if not unappetizing—themes. The seats are toilets, drinks are served in mini-urinals, and of course, the chocolate ice cream dessert is a perfect match for a certain emoji.

On May 24, 2019, Taiwan was the first country in Asia to legalize same-sex marriage. According to the Department of Gender Quality, there are over 5,800 registered same-sex couples as of April 2021.

Taipei has a thriving gay community and one of the largest gay pride parades in Asia, which takes place each fall and was attended by more than 200,000 people in 2019. It’s one of the most gay-friendly destinations in Asia, and gay travelers can feel safe when visiting. The main LGBTQ+ area is in the Ximengding district near Red House, a large complex of gay clubs, bars, shopping, and more. LGBTQ+ travelers will feel right at home in this district where rainbow flags are flying proudly, and many same-sex couples are openly holding hands.

It’s complicated. After World War II, Japan ceded control of Taiwan and the island came under control of the Republic of China. A few years later, during a civil war in China in 1949, the ROC government fled to Taiwan and Mao Zedong’s communist party took over on the mainland. Since then, things have been strained.

In the 1980s, China put forth the “one country, two systems” plan that would allow Taiwan to have significant autonomy if it reunited with China. Taiwan said no, and in 2004, re-elected a pro-independence president, which prompted China to assert its right to use “non-peaceful means” if Taiwan tried to “secede” from China.

So where are we now? The Chinese government is dead set on reunification. But most Taiwanese say no thanks to joining China. Many Taiwanese see Taiwan as its own country, but due to pressure from China, only a handful of other countries recognize Taiwan as such. Relations at the moment are tense as China has increased its military activity in 2021, and it’s threatened to cut off business opportunities to any companies that don’t recognize Taiwan as part of China. However, the US has pledged its continued support of Taiwan’s independence.

The largest collection of Chinese art in the world

The National Palace Museum opened in 1965 and hosts 650,000 documents and artifacts from China that were formerly housed in Beijing. The collection features over 4,000 years of Chinese art and has the finest collection of Chinese paintings in the world.

Even if you can’t make it inside the museum, the stunning Zhishan Garden is worth a visit. It’s designed using traditional Chinese garden styles of the Sung and Ming dynasties, featuring pagoda-shaded pavilions and a naturalistic aesthetic. Using the principles of yin and yang, the four elements of water, buildings, rocks, and plants are thoughtfully placed to exude harmony.

I want my KTV

Also known as KTV in Taiwan, karaoke is one of the most popular nighttime pastimes in Taipei. Karaoke machines first appeared in Taiwan in the mid-1970s at Japanese bars. It only became mainstream in the ‘80s, once video screens were paired with microphones and speakers. In Taipei, wannabe singers rent a private room for their group to sing the night away. One of the most popular KTV spots is Cashbox Partyworld.

There are even taxi drivers that offer karaoke—some local taxi apps show a “karaoke” option alongside options such as “English-speaking driver” or “wheelchair accessible.” You can also find individual karaoke kiosks throughout the city if you feel the need to feed your karaoke fix immediately.

Where boba was born

The origin of boba tea, also known as bubble tea, is a hotly debated issue. Several Taiwanese vendors claim to have invented this quintessential Taiwanese treat in the early 1980s—resulting in 10 years of litigation. The final verdict by the court was a bit anticlimactic. They ruled that anyone can make bubble tea, so who cares who created it.

Boba refers to the sizable chewy tapioca balls sitting at the bottom of the cup. Actress Amy Yip’s nickname, Boba, which means champion of breasts, inspired the treat’s name—her ample bosom was reminiscent of the springy treat. These days you can find boba all over the world. Initially, boba was served with spoons since the boba pearls were too big for the straws on the market. Nowadays, manufacturers make boba straws just for bubble tea.

Betel nuts, called “binlang” in Mandarin, have been chewed for centuries in Taiwan. The nuts are sold by “betel nut beauties,” scantily clad young women manning neon-lit betel nut stands on highways and streets. Chewed like gum, the nut gives you an extreme buzz—similar to a mild amphetamine or several cans of Red Bull. But it also causes mouth cancer. Approximately 2,300 Taiwanese are killed by oral cancer annually and 9 out of 10 cases have a betel nut habit.

It’s such an issue that anyone caught spitting betel nut juice is now fined and must attend mandatory withdrawal classes. The government is also incentivizing betel nut farmers to replant their land for things like citrus fruits or tea.

Where the street smells like...stinky tofu

The Taiwanese love stinky tofu so much that an entire street is dedicated to this delicacy. It’s called Shenkeng Tofu Street, about a 15-minute drive from downtown Taipei, and while Google Maps will get you there, it’s almost as easy to just follow your nose. The smell of this fragrant dish has been compared to rotting garbage, but the locals say the stinkier the tofu, the better the eats.

The tofu is fermented in brine for several months, resulting in an odorously potent flavor. It’s most popular deep-fried and often served with a tangy soy and garlic dipping sauce. The actual taste of the dish is mild; it’s more about the texture. Bite into the crunchy crust to the reward of the creamy, custardy center at spots like Shenkeng Da Shu Xia Three-Dish Tofu.

Stinky tofu is also a major draw at Taipei’s famous night markets. Many consider Taiwan's night markets to be the best in the world, they’re meeting places for snacking, high-paced nightlife, and shopping. The most popular night markets in Taipei are the Raohe and Shilin night markets. Other must-try snacks at night markets include oyster omelets, pepper pork buns, and anything on a stick.

A 7-Eleven on every corner

Taiwan used to have the highest density of convenience stores globally (it’s now second after South Korea). 7-Eleven, simply called “seven” by locals, is the biggest chain by far, with over 5,900 locations in Taiwan. Not only can you grab Chinese delicacies like marinated tea eggs, but customers can make copies, pay utility bills, print documents, get packages delivered, and pay their taxes. Some of the larger locations even have dining areas with free Wi-Fi.

Taiwanese restaurant Din Tai Fung has made Shanghainese soup dumplings popular around the world. First opened on Xinyi Road in Taipei in 1972, there are now 170+ international branches. In Taiwan alone, there are 11 locations that serve an average of 18,000 people each day.

The restaurant is famous for its paper-thin wrapped dumplings featuring exactly 18 folds each. It's said that training to make the perfect dumpling can take up to six months!

Pro tip: The dumplings are bursting with searing hot broth, so first bite a small hole in the side of the dumpling and let the broth pour out into your spoon before popping the entire dumpling in your mouth. Make sure to order the pork xiaolongbao and the spicy pickled cucumber doused in Din Tai Fung’s signature chili oil.

Taiwan’s film industry is becoming a contender on the world’s stage. Director Ang Lee is arguably the most famous Taiwanese export. He earned his first Oscar nom in 2000 for Crouching Tiger Hidden Dragon and won the award in 2006 for Brokeback Mountain.

More recently, many thought that A Sun by Taiwanese director and cinematographer Chung Mong-hong should’ve been a serious Oscar contender in 2020 as it was named the best film of the year by Variety. A few must-watch Taiwanese films are The Bold, the Corrupt, and the Beautiful and The Great Buddha+.

Thank you! Your submission has been received!
Oops! Something went wrong while submitting the form.
Last Updated
June 8, 2022 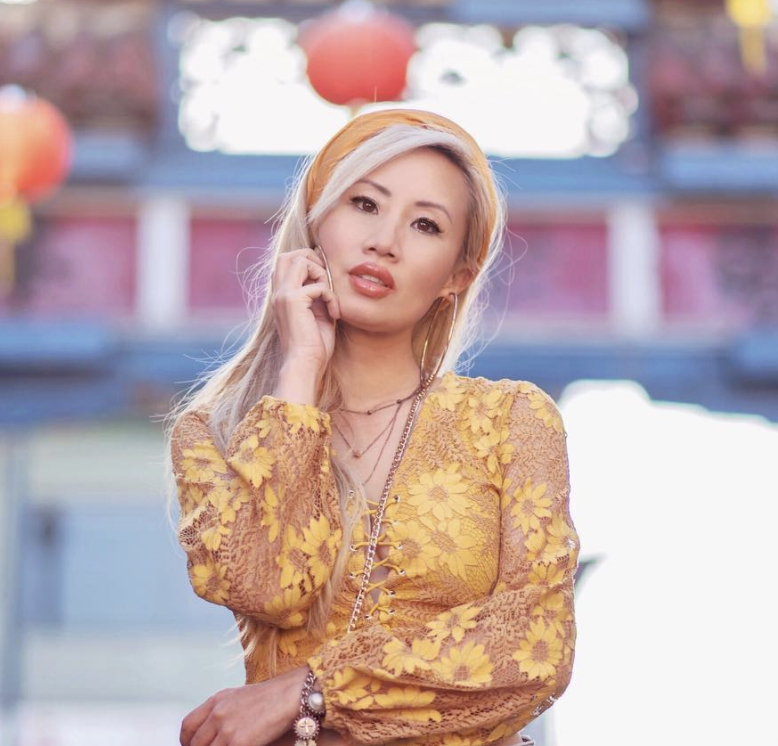 Kaila is a freelance writer and expert on Taiwan, where she has spent many summers with her family, who still reside there. She’s written extensively about Taiwan in the past and also writes for CNN, Rolling Stone, Insider, Newsweek, Thrillist, and more. Follow Kaila’s adventures and silly antics on Instagram or Twitter @KailaYu.