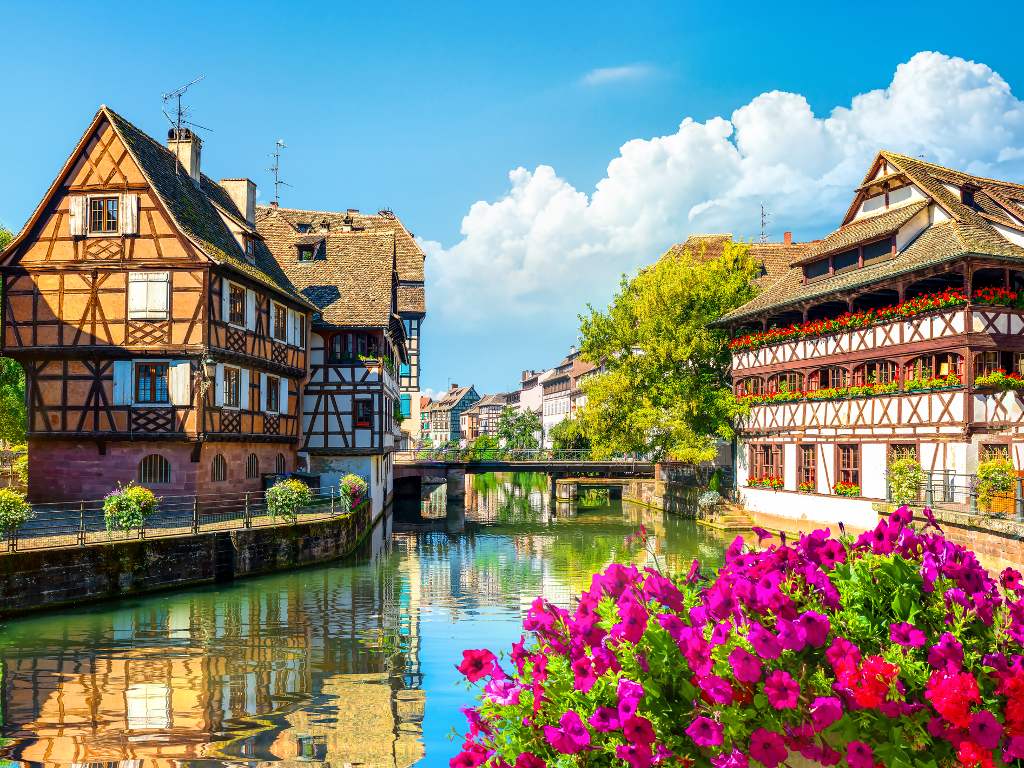 A tale of two countries

Mention Strasbourg to any non-Frenchman and chances are, you’ll get a puzzled look when you insist that the city is situated in northeastern France and not, in fact, in Germany.

In all fairness, this blended city was German less than a century ago, and its mixed heritage continues to have an influence. Anyone who’s visited this bretzel- and sauerkraut-obsessed border town will tell you that, despite the efforts of the Rhine River and Black Forest to separate the town from neighboring Germany, Strasbourg remains inextricably culturally tied to its neighbor.

After changing nationalities five times in the last four centuries, it’s no wonder why Strasbourg’s German influence still echoes in local slang, pastry shops, and even its name—whose Germanic root, Straßburg, translates to “town (at the crossing) of roads.” Caught as it is between two nations, Strasbourg refuses to ground itself in German or French culture alone, thrilling with a blended culture that only a cross-cultural town can provide.

The scars of war

When Strasbourg fell to Germany from 1940-1944 during World War II, it left lasting marks still seen in the city’s anatomy today. In 1940, the Synagogue du Quai Kléber was burned by Nazi soldiers andt was never replaced. The Synagogue du Quai Kléber, at the time the central synagogue of Strasbourg, has since been replaced by a shopping mall and a series of plaques commemorating the house of worship.

The city was further changed in 1940, when Strasbourg became a German stronghold. Outside the city limits, Nazis built the Natzweiler-Struthof concentration camp in 1941, where they killed 19,000-20,000 people. Today, the camp has been transformed into a memorial and educational museum.

Most days, a tornado of wind whips around the single-spired cathedral that marks the heart of Strasbourg. Local folklore attributes this vortex to the devil, who rode the gust into Strasbourg one day and wandered into its 13th-15th-century Cathédrale Notre-Dame. The devil has never emerged from the Cathedral since, although storytellers disagree what keeps him shut inside.

Some say he was simply charmed by its interior, some that he was flattered by a handsome statue carved in his likeness, and still others insist he is trapped inside. No matter the reason, he never reappeared, leaving the wind to rattle at the cathedral’s gates, awaiting his return.

This legend is a Strasbourg classic, popular enough to be included in a recent folklore-inspired mural painted across the Le Musée d'Art Moderne et Contemporain de Strasbourg (MAMCS). Scientists suggest that the bales are due to downdrafts of air colliding with the structure and, with nowhere else to blow, cascading down. No matter how sound this logic may be, a true Strasbourgeois knows this gust has been circling the cathedral for centuries.

The icing on the pain au chocolat

Those familiar with French pastries might be perplexed to find almost all baked goods in Strasbourg and the greater Alsace region are drizzled with a sugary glaze that would be considered culinary overkill in other parts of the country. Sucre glace isn’t unheard of in French boulangeries, but in most French regions, it’s reserved for specialties: almond croissants, escargots (the pastry, not the snail), and an assortment of small cakes.

This icing is most commonly explained by locals as one of the many relics of Strasbourg’s German past. German bakers are known for their love for topping pastries with confectioners sugar and icing, a quirk that never quite disappeared from the most Germanized French regions. In Alsace and the neighboring Moselle department, boulangers (bakers) brush it over everything from croissants, to pains au chocolat (chocolate croissants), to chaussons aux pommes (apple turnovers).

Regional accents and vocabulary quirks around France are usually the traces of local languages that existed in the region before the proliferation of French, and Alsace is no different. While French may prevail in the region and the country at large, Germanic Alsatian languages and dialects are still widely spoken around Alsace and continue to influence local French slang.

In smaller towns outside of Strasbourg, the easiest way to spot Alsatian influence is to visit a characteristically French milieu: the boulangerie. Don’t be surprised when you see French pastries like pain au chocolat listed under their Alsatian names (like chocola vegele, in this case) and certainly don’t be shocked when their pronunciation sounds more German than French! Within Strasbourg, Alsatian dialects are far less common than in the surrounding villages, but one commonly used Alsatian term is “schmutz,” the word for kiss or “bisou” in French.

Previous German presence in Strasbourg has left a trace on the city as well. When Strasbourg was part of the Holy Roman Empire centuries before Nazi occupation, a plague hit the city, setting in motion a series of events that inadvertently determined the name of Strasbourg’s most picturesque quarter.

Around 1500 CE, syphilis, then known colloquially by Germans as “the French Disease,” erupted in Strasbourg with such a force that the town’s central island was annexed to quarantine soldiers suffering from the disease. By association, the island earned the pejorative title of Petit France (Little France). Today, its quaint architecture is one of Strasbourg’s main tourist attractions.

Starting at the end of September, Alsatian wines begin to transform and everyone’s expected to participate. The Neier Siasser or Vin Nouveau season in early autumn is a time when winemakers share their freshest bottles with the public, and these bottles are so new that the sparkling juice inside them has yet to cross the threshold to fully become wine.

Bottles of vin nouveau hover between a sweet, barely alcoholic grape juice and a potent wine, changing from day to day as they ferment. For a handful of days near the end of September, this transforming wine takes center stage as Alsatians gather friends and family for a dinner organized around mysterious, everchanging bottles of transforming wine. Visiting Strasbourg during the vin nouveau season is a difficult feat to achieve, as the dates fluctuate every year, but if you can manage to plan your trip around the fickle vines, you’ll be rewarded with a series of dinners to remember.

As the most scenic quarter of Strasbourg, Petit France has since become the home of Les Marchés de Noël (Christmas Markets), for which Strasbourg is famous. Among the town’s most well-known treats are the mannele, gingerbread man-shaped sweet bread, and bredele, sugar cookies around the size of a half-dollar coin.

You might note that both treats end in “-le.” In Alsatian – an umbrella term for the local languages and dialects that populate the wider Alsace region—“-le” is a diminutive suffix that translates to “little.” As some of the more adorable sweets you’ll find in Strasbourg, these delicacies fit their names: mannele translates to “little man” and (thanks to a failed attempt by the Petit Larousse dictionary to accurately gallicize the word) bredele translates to “little, tiny cookies.”

A bottle in every frigo

Reaching into a Strasbourgeois’s fridge for a carafe of water is bound to raise some questions for the out-of-towner. Inside, you’ll find chilled water,  but chances are, it’s stored in a collection of old beer bottles.

The local Fischer beer brand is a notorious favorite in Alsace and easily recognizable by their oversized 65cl bottles, equipped with hinged, ceramic stoppers that can recork the beer. Already a favorite among university students for its affordability and quality, Fischer’s bottle design has further popularized the brand by making the beer bottles uniquely repurposable. Hence, its proliferation in the fridges of Strasbourg as repurposed water pitchers.

Perhaps the most startling danger of Alsace is its regional bird, the white stork or cigogne blanche. These temperamental fellows, whose long-standing preference for the humid Alsatian climate has made them a regional symbol, are most infamous for hurling large objects from their nests, occasionally pelting passersby.

Today, Strasbourg’s white storks are encouraged to build their enormous nests in the Parc de l’Orangerie, away from human dwellings. But in the decades before the city carved out a space for them, these native birds learned to nest atop chimneys and telephone poles amidst their human neighbors—close enough that their periodic nest cleanings became a hazard for anyone caught in the crossfire. Despite their hazardous cleaning regimens, Alsace’s white storks are a beloved symbol that the region holds dear.

During the summer months, Strasbourg’s theater companies pour into the streets with free performances as part of L’été à Strasbourg, a months-long arts and culture festival that floods the town with exhibitions, performances, and activities. Cheap or often free, these performances are the easiest, most accessible way to enjoy a sampling of the theatrics Strasbourg has to offer.

Thank you! Your submission has been received!
Oops! Something went wrong while submitting the form.
Last Updated
May 18, 2022 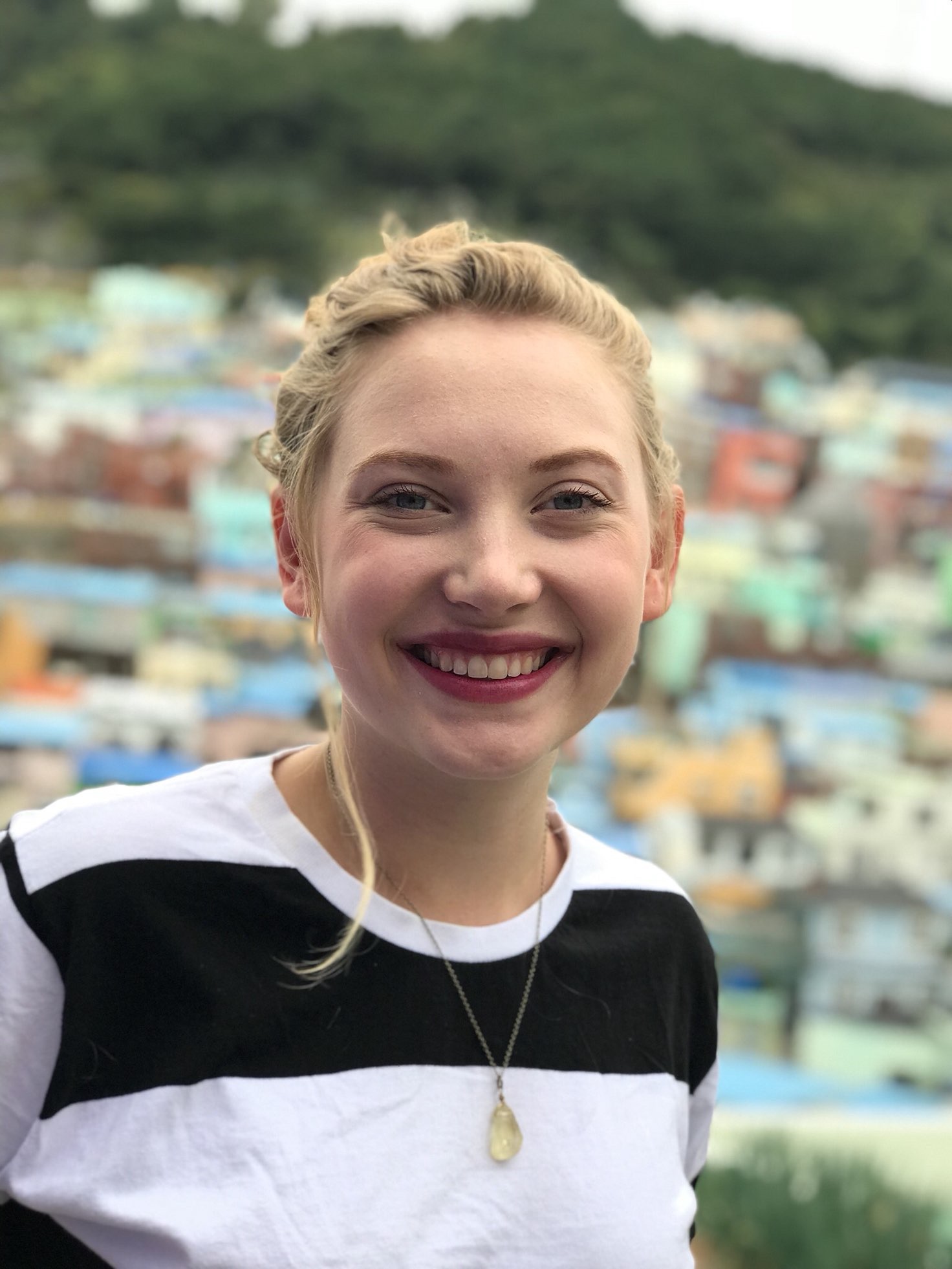 Bella is a journalist and essayist with a passion for chocolatines by any name, the Breton monastery of Mont Saint-Michel, and living in Strasbourg’s former syphilis quarter. She writes about sexual health, travel, and gay culture.