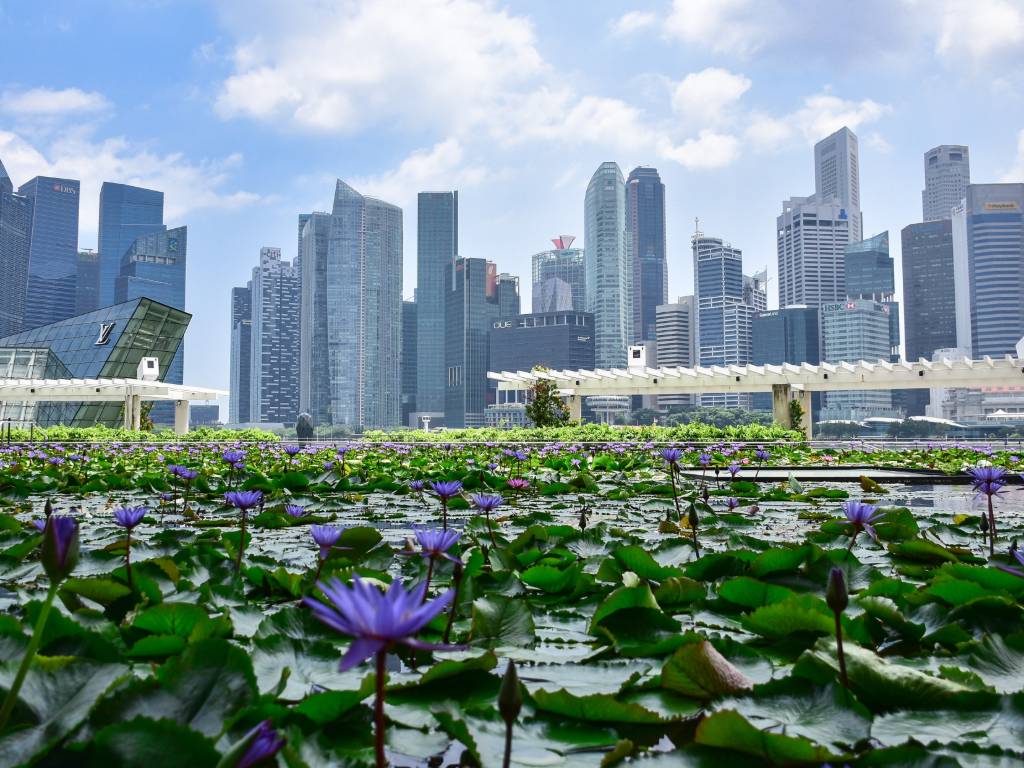 A three-in-one city, nation, and state

Singapore has had many names throughout history. In old literature, the early settlement was called Temasek, thought to be derived from the Malay word tasik which means “lake” or “sea,” thus loosely translated into Sea Town. It was then changed to Singa Pura, Sanskrit for Lion City.  Legend has it that a prince, upon disembarking from his ship in the 14th century, spotted a creature resembling the animal. Today, the city-state is better known by the nicknames Little Red Dot and Garden City.

Like the many names suggest, Singapore has gone through a remarkable transformation—in under just decades in the late-20th century—as then-Prime Minister Lee Kuan Yew, who many call the nation’s founding father, propelled it to the international stage. The present-day cityscape is a far cry from what it looked like a generation ago. High-rises and skyscrapers have sprouted where farmlands and kampongs, a Malay term for villages, populated with wooden houses on stilts, used to stand.

Of Singapore’s World War II past

One lesser-known name Singapore went by was Syonan-to, given by the Japanese during WWII after a surrender by the British, the island’s then colonizer. Meaning “Light of the South,” the rename marked one of the darkest chapters in Singapore’s history. Some 50,000 people were estimated to have been killed during Japan’s three-year reign from 1942 to 1945.

Many memorials have been erected across the city in remembrance of the victims and heroes, like the Kranji War Cemetery which honors Commonwealth casualties suffered in the line of duty, many of whom have no known date of death. You can also visit key battle sites to learn more about the Japanese Occupation, such as the Battlebox, an almost-30-foot-deep bunker used by the British army as their headquarters, or Fort Siloso, which features waxworks of two pivotal moments: when the British surrendered to the Japanese in 1942 and when the latter subsequently surrendered to the Allied forces three years later.

Another thing: if you’re in town on the 15th of February, don’t be alarmed if you hear a siren go off. It’s an annual affair to commemorate Total Defence Day—the day Singapore was captured—and to remind citizens of their foundations and past. The event also includes a memorial service for the civilians who died during the occupation.

An urban jungle, a garden city

While the number of towering skyscrapers continues to shoot up, Singapore still strives to be as green as possible. The long-standing “Garden City” or rather “city in a garden” vision can be traced back to 1967 when then-Prime Minister Lee Kuan Yew pledged a commitment to green the city.

What kicked off as a tree planting campaign has grown into a successful national project. The area of parks and green spaces in Singapore grew more than ten-fold from around 2,100 acres in 1975 to nearly 24,000 acres in 2014. Now nearly 47% of the city is parks and gardens.

Some of the best spots to take in this nature are arguably East Coast Park (a beach and a park stretching along the southeastern coast), Coney Island (an offshore island previously accessible only by boat, until the construction of two connecting bridges), and MacRitchie Reservoir Park (Singapore’s oldest and largest reservoir). The first two are best explored on bicycle—rental shops are aplenty along the coast and on the stretch leading up to Coney Island. And when at MacRitchie, be sure to take a hike towards the TreeTop Walk where a suspension bridge lies at the end of the trail.

There’s also the country’s first UNESCO World Heritage Site, the Singapore Botanic Gardens, which contains over 300 species of plants, over 1,000 species and 2,000 hybrids of orchids (the national flower), and features the Shaw Foundation Symphony Stage, an outdoor concert space that frequently hosts the Singapore Symphony Orchestra since its first performance in 1984.

At 281 square miles, Singapore is about 170 times smaller than the state of New York, earning the former the nickname “Little Red Dot” for how it appears on a world map.

If that’s not enough to envision just how small Singapore is, you can even journey across almost the whole island on foot, on a coast-to-coast 22.4-mile walking trail that cuts through numerous nature spots, such as the Lornie Nature Corridor and Jurong Lake Gardens.

What might be surprising to know is that the city-state used to be an even “littler” Red Dot. Singapore has grown around a quarter in size since the early 19th century, after land reclamation efforts were seen as a solution to a rapidly growing, urbanizing population in the face of land scarcity issues.

In fact, some iconic hotspots including the Marina Bay Sands—an all-in-one hotel, shopping mall, and architectural marvel that boasts the world’s largest rooftop infinity pool—were constructed on land that did not exist a few decades ago. The same goes for the national Changi Airport, an eight-time world’s-best title winner.

An island of islands

Officially, Singapore is made up of over 60 offshore islands, although the majority are uninhabited and not open to the public. A few of the most visited ones are only a short half-hour ferry ride from Marina South Pier.

The ferry will first take you to St John’s Island—where the idyllic setting ideal for a picnic on the beach hides what was actually once a quarantine station for smallpox, leprosy, and cholera—before heading towards Kusu Island, where a tortoise sanctuary houses hundreds of the reptiles.

A 15-minute walk across a causeway from St John’s will take you to Lazarus Island, another unspoiled island. There, you can indulge in water sports or take a beginner fishing course by My Fishing Frenzy Academy. And while camping overnight is not permitted, those looking to stay a night away can check out St John’s Island Lodge.

The unofficial, official language that everyone speaks

There are four official languages spoken in Singapore: English, Malay, Chinese, and Tamil. But unofficially there’s a fifth: Singlish, used mostly in informal settings. It borrows elements from all the above, as well as other dialects, resulting in a unique lingo understood only by Singaporeans.

For the uninitiated, it won’t make any sense, for Singlish has its own confusing set of grammar rules that break away from the norm. But some helpful terms that will help you get around Singapore include: dabao, which means getting your food to go; alamak, which expresses shock or disappointment; and shiok, which refers to something that’s really good.

Intrigued and want to learn more? Fret not. There is even a six-hour crash course you can take.

Few things in Singapore are more recognizable than the sarong kebaya donned by the female flight attendants of the national Singapore Airlines. This image of the Singapore Girl grew into a visual brand on its own, so much so that she features as a wax figure in the local Madame Tussauds. As the longest-serving airline uniform, the sarong kebaya celebrates its 54th anniversary in 2022.

Eat your way through

Food is at the center of Singaporean life, and to call Singapore a food paradise is an understatement. It’s not just the abundance and variety that merits the title, but the affordability and availability.

Street food in Singapore has roots dating back to the 1800s when immigrants from across Asia and beyond each brought with them dishes and recipes from their hometowns. Street hawking then became a way to earn an honest living, and has remained so ever since. But as roadside stalls began to crowd the streets in the decades following Singapore’s independence, concerns over sanitation and hygiene grew. The government knew they needed to find hawkers a clean, regulated roof over their heads.

And so birthed a great number of food complexes, known locally as hawker centers and kopitiams. Today, within these complexes is an explosion of cuisines where you can devour all the famed local fare, whipped up by street hawkers who often master and serve just a handful of dishes. From just one place, you can sample the majority of Singapore’s greatest mix-cultural hits: Hainanese chicken rice (poached chicken served over flavored rice), laksa (spicy noodle dish), nasi lemak (coconut milk rice often served with chilli and meat) and so much more. Each dish will likely cost you less than $5.

See, or taste, for yourself at some of these hawker centers like Lau Pa Sat, Hong Lim Market, and Newton Food Centre (where yes, a Crazy Rich Asians scene was filmed). And apart from bringing your appetite, you might want to bring a tissue packet as well. It’s what locals use to chope, Singlish for “reserve,” their seat.

Otter watching has become somewhat of a hobby for many Singaporeans lately. In recent years, it’s not unusual to spot families of otters making their way across the city. Some have even surprised students on school grounds and condominium residents at their swimming pools, while at times fighting one another for territory and food.

Today, the population of these smooth-coated mammals is nearly twice what it was four years ago. But go back decades to the 1970s and their numbers were close to zero, even thought to be extinct. As Singapore urbanized rapidly, the native otters vanished alongside their mangrove habitats, which were cleared to make way for new developments. Reforestation efforts have helped them resettle and rediscover a new Singapore, unlike the one they used to live in.

Thank you! Your submission has been received!
Oops! Something went wrong while submitting the form.
Last Updated
March 2, 2022 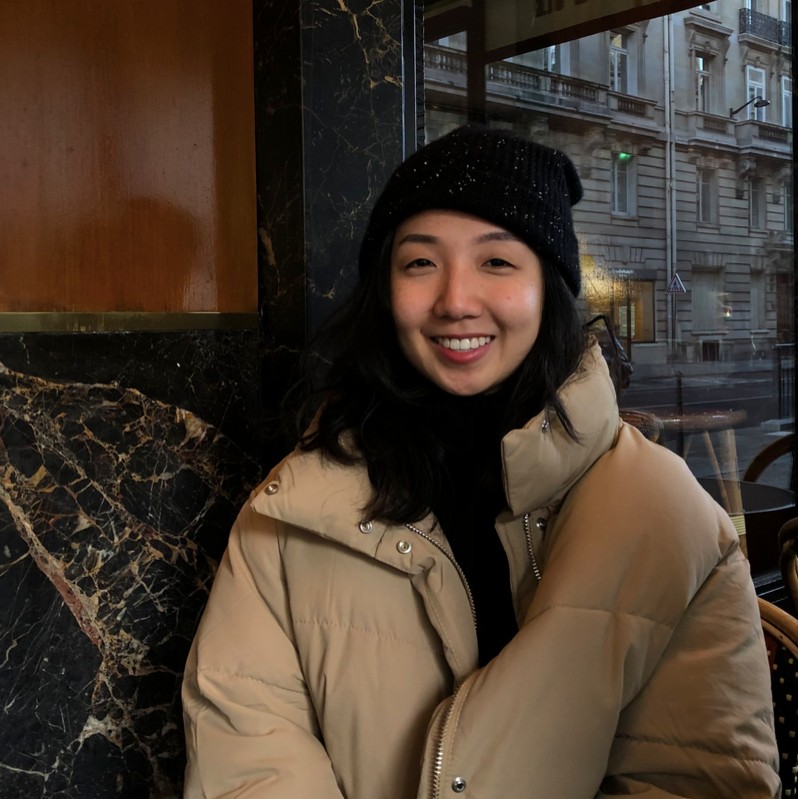 Samantha is a freelance journalist born and bred in Singapore. Her work has appeared in BBC Travel, Foreign Policy, and WIRED. She currently lives in London, where she spends half her time missing the little red dot called home