Siem Reap: The The Southeast Asian City Home to a 900-Year-Old Temple 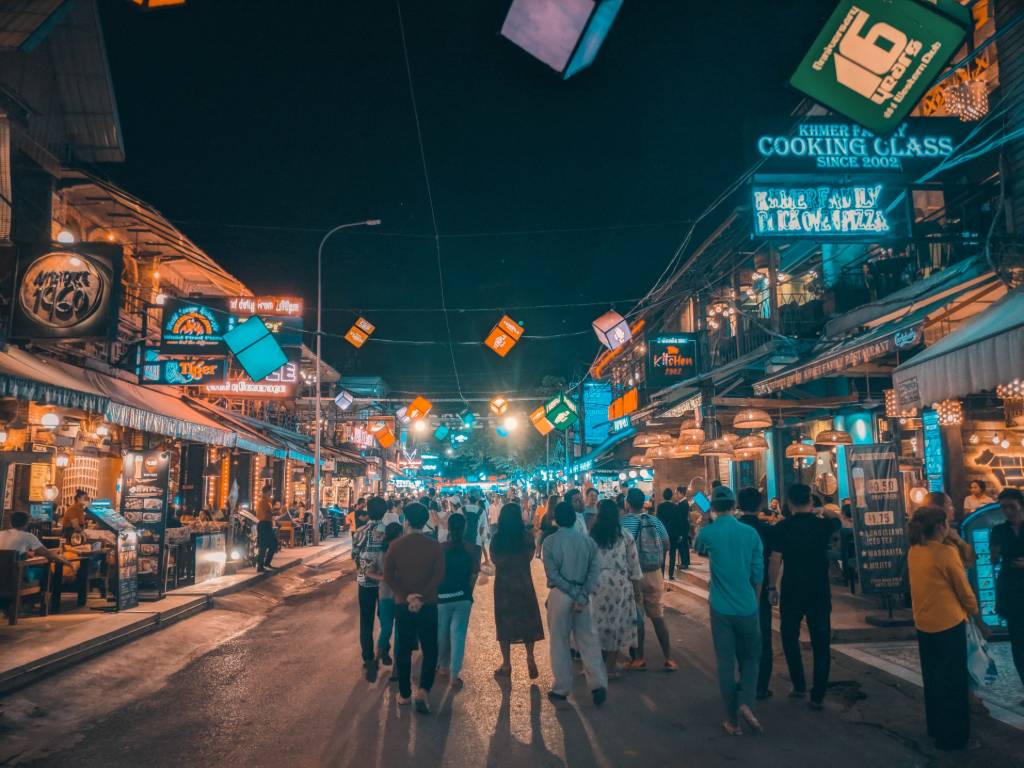 Beyond the temple town

For nearly a century, Siem Reap in northwestern Cambodia was regarded as nothing more than a staging ground for trips to the Angkor Archaeological Park, where monumental sandstone relics provide a peek into the ancient Khmer Empire. But in the last decade or so, Siem Reap has come into its own.

The city offers much more than dawn visits to the temples: there are riverside promenades and local artisan markets, stunning gardens, a booming restaurant and café culture, plus boutique hotels and art galleries.

The temples Siem Reap is most known for, including Angkor Wat, were built around 1100 CE, but lay smothered by dense jungle for centuries after the Khmer Empire’s decline and ultimate demise.

While Angkor was never lost, shortly after French explorers made their way to the root-strangled stone temples in the late 1800s, Angkor became one of the highlights of a journey to the East. But in 1975, the Khmer Rouge seized control of Cambodia and carried out a brutal campaign to rid the country of traditional culture and any capitalist influence. After the Khmer Rouge was overthrown by Vietnamese forces in 1979, the Cambodia-Vietnamese War ravaged the country.

Tourism didn’t resume until the 1990s. In 1992, Angkor Wat was added to the UNESCO World Heritage List and Siem Reap became a favorite stop on the backpacking circuit. Still, it remained a sleepy backwater town with unpaved roads for some time. Even in the early 2000s, after the Angelina Jolie film <i>Tomb Raider</i> had catapulted Angkor into the mainstream, it would take 12 hours by bus to get from Siem Reap to the capital of Phnom Penh. It now takes half that time on the highway and, after the 2006 opening of the Siem Reap airport, half an hour by plane.

The city has made efficient use of the pandemic-induced tourism downtime, overhauling main streets and creating new ones, for what is known as the 38 Roads Project, a key feature of the Siem Reap Tourism Development Master Plan 2020-2035. It’s a major glowup for Siem Reap; now the city has newly renovated and broader sidewalks, freshly pressed asphalt roads, upgraded riverside promenades, and cycling paths stretching from the heart of the city all the way to the Angkor temple complex.

The key to understanding Cambodia’s culture and history lies in the ruins of temples, where mute, moss-covered stones tell a thousand stories. The ancient city of Angkor was the largest city of the pre-industrial world with nearly a million inhabitants. Its highly sophisticated irrigation system—unrivaled at the time—channeled water collected from mountains and rivers into reservoirs, canals, and agricultural land.

Angkor Wat is, of course, the jewel in the crown, its sheer size and magnitude symbolic of the empire’s muscle and outsize ambition. Researchers estimate that it took a 300,000-strong workforce of planners, architects, masons, sculptors, and servants to build the incredible 12th century temple, originally to honor the Hindu god Vishnu.

Although the Angkorian temples dominate the tourism brochures, there are other ruins (70+ of them) well within driving distance of Siem Reap that are equally intriguing. Sambor Prei Kuk, for instance, in the province of Kompong Thom, was built around the 6th to 7th centuries, pre-dating Angkor Wat by about 300 years. The complex of temple ruins; however, was just designated a UNESCO World Heritage Site in 2017.

A night at the circus

After the fall of the Khmer Rouge in 1979 and in the ensuing chaos of the war with Vietnam, tens of thousands of Cambodians fled for the Thai border and ended up in refugee camps. All of them had experienced the horrors of the regime and cruelty of war in one way or another.

Years later in 1994, French humanitarian Véronique Decrop and nine of her young students who had lived in one of the camps and worked through their trauma by drawing, founded an association called Phare Ponleu Selpak. Their aim was to teach art as therapy to troubled youngsters in their hometown of Battambang, almost three hours from Siem Reap. The association later established an art school, a music school, and a theater school, and in 2013 opened the Phare Circus, where alumni of the school could perform.

It’s a spectacular way of telling unique Cambodian stories, and performances at the 330-seat big red top in Siem Reap are an electric and intoxicating mashup of dance, theater, music, and acrobatics.

As you might expect from a land with a pretty impressive building record—particularly in ancient times—the resort game is strong in this town, where craftsmanship and design are points of pride.

Founded and designed by a young Cambodian architect named Hok Kang, the sleek and minimalist Treeline Urban Resort showcases Cambodian art in a semi-alfresco gallery that wraps around its courtyard. And across the Siem Reap River, the FCC Angkor by Avani pays tribute to the town’s artisans, featuring locally sourced woven rattan baskets and hand-poured concrete tiles with floral designs, a tile-making tradition introduced during the French occupation which lasted from 1863 to 1953 (aside from 1941-1945 when Japan took control).

The gifts that keep giving

MANAVA makes woven rattan handbags and homeware such as fruit baskets, storage bins, and serving trays, and employs over 15 women from the villages. Founded by Dutch designer Ka-Lai Chan and Cambodian basketry expert Baraing Tho, MANAVA references ancient symbols with a modern take in some of its products, and its fan base now stretches from Cambodia to the Netherlands.

MANAVA is just one of several homegrown brands that also center locally sourced, natural materials and indigenous weaving techniques. Another is Rokhak, founded by young Cambodian entrepreneur Srors Soun Hor. Rokhak uses dried water hyacinth, a pesky weed that chokes canals and other waterways during the rainy season, to create a range of items from large summer totes to chic, natural-colored area mats.

Deep-fried spiders and bugs are fun, but don’t miss the real deal

Travel literature on Cambodia will often list a taste of deep-fried spiders and crickets, often sold in markets and roadside stalls, as things to tick off a bucket list. But these crunchy delicacies, which became sources of protein for many Cambodians during the war-induced famine of the late 70s, are but a tiny sampling of Khmer cuisine.

Cambodians start the day with a breakfast of protein and carbs, and you’ll see a number of roadside eateries pop up only in the mornings serving a popular dish called bai sach chrouk, or marinated pork and rice. No other dish captures Siem Reap’s terrain as well as num ban cheok, or rice noodles dipped in a coconut curry stew with flakes of freshwater fish, topped with fresh edible wildflowers and chopped vegetables for crunch.

In recent years, a group of young Cambodian chefs have also begun putting the spotlight on Khmer cuisine by elevating everyday fare usually served at roadside eateries, or reinventing their grandmothers’ recipes. Among these chefs are Pola Siv, who worked in Michelin-starred kitchens before returning to Siem Reap to open a couple of restaurants including the vegetarian hotspot Banlle, which serves plant-based cuisine like battered banana heart with the look and texture of fish and chips. Mengly Mork, on the other hand, honed his skills at boutique hotel kitchens around town before setting up Pou Restaurant and Bar, which quickly became a crowd favorite thanks to inventive dishes inspired by expeditions to the countryside. Local pork sausages spiced with aromatic herbs and red tree ants for crunch, anyone?

Mengly and several of his chef friends, cooking at their own restaurants or helming the kitchens of five-star hotels across the city, have formed a collective known as Asian Street Food - Cambodia (ASFC), to help each other workshop recipes and champion Khmer cuisine within the country and on the global stage.

Go on an art tour

The Siem Reap city center is small enough to navigate for a day-long art tour through several galleries, hotels, and restaurants that display contemporary art. You can even visit the homes and private ateliers of internationally celebrated artists, most of whom are drawn to the town’s unhurried pace, not to mention an affordable cost of living.

The gallery and studio of artist Lim Muy Theam is easily one of the highlights of an art tour of the city. As a young boy during the time of the Khmer Rouge, Theam was taken to a training camp for child soldiers. He escaped, thanks to a daring rescue mission by his mother (it’s an incredible story of maternal love and determination that you’ll hear on a tour of the gallery, and heightens the emotional experience of Theam’s own journey through his art).

The family managed to flee to France, where Theam eventually studied at École Boulle. He returned to Cambodia years later and opened a studio and gallery that supports other local artisans through employment and mentorship. Apart from Theam’s own work, the gallery displays his collections of antiques, from traditional musical instruments to household implements.

Walking with the elephants

The Kulen Elephant Forest opened in 2020. Here visitors get to spend a couple of hours walking with elephants that once worked in Angkor and now roam freely among the 1,100-acre Bos Thom Community Forest.

It’s a sweet retirement spot for the elephants, who were used for rides at the Angkor temple complex for 22 years. The sanctuary, staffed by experienced vets and scientists, also promotes education and tourism as drivers of environmental conservation. It also signals a shift in a culture where elephants have always been part of the labor force, literally doing a lot of the heavy lifting. Now visitors can gain a deeper understanding of these magnificent creatures whose numbers in the country are dwindling.

Running for a cause

The Angkor Wat International Half Marathon raises funds for children’s hospitals in Siem Reap, plus the continuing efforts to rid the country of anti-personnel landmines that were planted all over the country by the Khmer Rouge and other forces—including the US—in the late 1970s all the way to the ‘90s. Landmines in Cambodia have claimed over 64,000 lives, with over 25,000 amputees, since 1979. About half of the landmines in Cambodia have been cleared, but there’s more work to be done around the border with Thailand.

The annual event, which began in 1996, usually takes place in December, when the weather is mild, and the scenic route meanders through the temple complex.

Thank you! Your submission has been received!
Oops! Something went wrong while submitting the form.
Last Updated
April 20, 2022 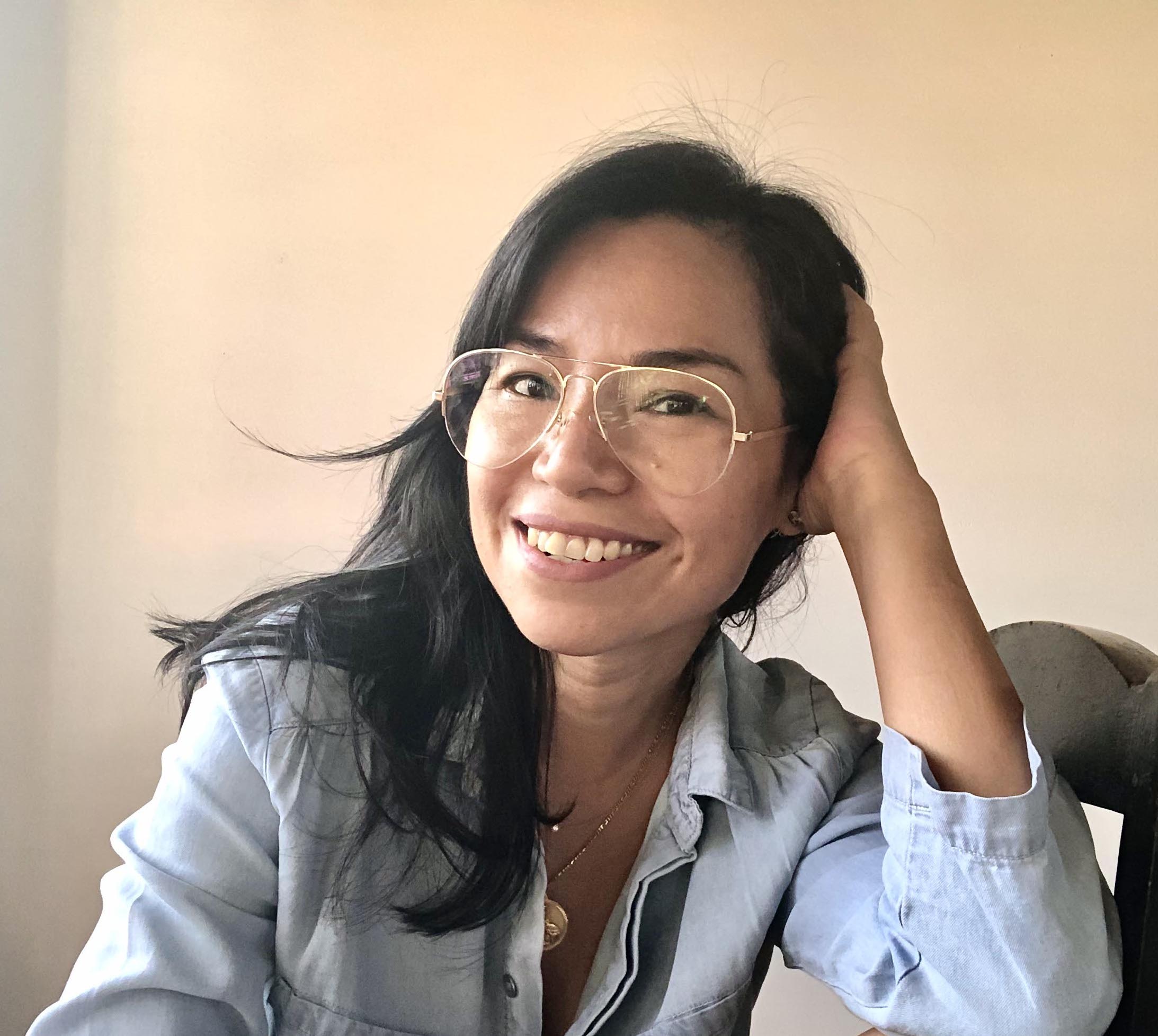 Tara is a writer, editor and creative consultant. She worked as a travel magazine editor based in Singapore from 2011 to 2019. She has been living in Siem Reap with her husband—and their cat, Socks—since mid-2019.