Seville: The Spanish City Where the Air Smells Like Oranges 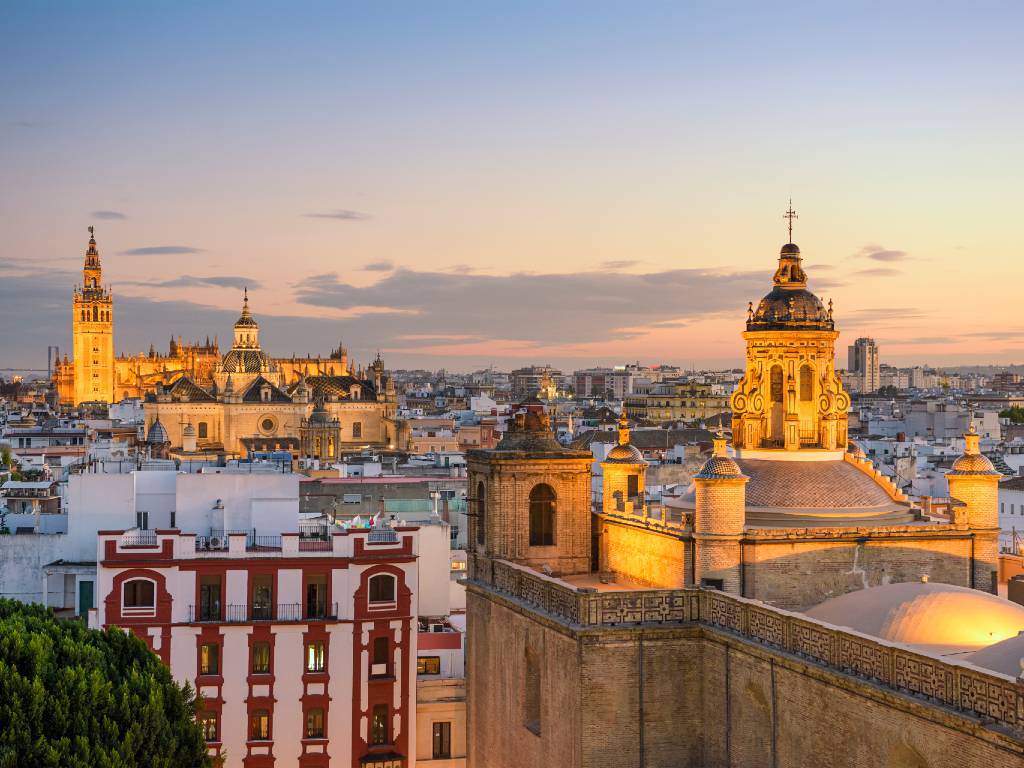 Madrid and Barcelona are often what come to mind in conversations about Spain’s most noteworthy cities, but Seville (Sevilla in Spanish) deserves a seat at that table.

As the fourth largest city in the country, Seville is the capital of Andalusia, Spain’s southern region. It’s also a testament to so many stages of the country’s history. It has Roman ruins that date back as far as the 1st century AD; pavilions from previous World’s Fair Expos in 1929 and 1992; the Guadalquivir River where ships first landed in the 16th and 17th centuries upon their return from the Americas, and so much more.

Seville is a place steeped in culture and history. Some of the traditions that Spain is most known for were born here (and still practiced) but the city also embraces modernity at every turn. That—plus its warm and friendly people—is what makes the city so unique. As one famous song describes it: Sevilla tiene un color especial (Seville has a special color).

The (sort of) secret symbol of Seville

Pretty much everything in Seville—from the city’s flag to its bike racks—is stamped with the signature NO8DO symbol. So how could it possibly be considered a secret? Well, because only those privy to the backstory know what the symbol actually means.

There are a few theories as to how NO8DO became the symbol of Seville, but the more exciting version starts with a battle. In the late 1200s, the son of King Alfonso X tried to usurp his father’s throne, forcing the king to take refuge in Seville. As a thank you to the city and its loyal people, King Alfonso X gifted Seville with this symbol before passing away.

The 8 in the middle actually represents a skein of wool (madeja in Spanish). If you read the pictograph quickly and with the distinct Sevillano accent, No-Madeja-Do turns into “no me ha dejado,” which translates to: It [the city] never abandoned me.

Few things divide Spaniards as much as their opinions on bullfighting (soccer teams maybe, but more on that later). Construction on Seville’s Plaza de Toros began in 1761, making it the country’s oldest bullfighting ring. Centuries later, Seville now hosts one of the world’s most well-known bullfighting festivals every year. Many Sevillanos see it as a tradition worth keeping, while others think it should be banned as it is in some other parts of Spain.

Seville’s Plaza de Toros also contains a museum, and no matter where you stand on the sport, it’s fascinating to learn its history and the significance of the different stages of the fight. Intricately sequined matador costumes are also on display, including that of Joselito who began bullfighting at the age of 12 and became the youngest matador in Spain’s history at 17.

No one can truly pinpoint exactly where flamenco originated. The people of Seville say it was born in their humble neighborhood of Triana, while those in nearby Granada claim flamenco as their invention. Either way, there is one musical styling that leaves no room for debate: sevillanas.

Combine flamenco with line dancing and you’ll get this artform that’s unique to Seville. While sevillanas is a branch of the flamenco genre, its rhythm is very distinct and easy to recognize. Every sevillanas song has four to seven sections that’s divided into verses (coplas), each with its own specific dance steps. As the music revs up for each verse, people line up facing their partners in what looks like an elegantly coordinated dance-off. Flamenco schools often teach sevillanas, but you can learn at home, too.

Seville is known for its springtime festivities, drawing visitors even from other parts of Spain to participate in the fun. First comes Semana Santa (Holy Week), with its religious processions filling the streets in honor of Easter.

About two weeks later comes Feria de Abril, the April Fair, which is the debaucherous antithesis to all things holy. What started in the 1800s as a livestock and agriculture fair is now a weeklong party during which the women get dolled up in gorgeous flamenco dresses and the men wear their most impressive suits.

There are carnival games, but the main attraction is dancing sevillanas all night, while drinking rebujito, a beverage made by mixing Sprite with sherry wine from nearby Jerez.

A tale of two teams

Throughout Spain, the people are often divided by which of the country’s three major soccer teams they support: Real Madrid, FC Barcelona, or Atletico Madrid. But in Seville, the only rivalry that really matters is the one between the two teams that call the city home.

Sevilla FC came first in 1890 and is actually one of the oldest soccer clubs in Spain. Real Betis was founded just 17 years later, forever fracturing Sevillanos in this fierce feud. When the two teams play each other, the city is decked out in red and white for Sevilla FC and green and white for Real Betis. The rivalry is so intense, that it became hot gossip in 2015 when the daughter of the Real Betis coach married the son of Sevilla FC’s ex-president. Scandalous!

A cathedral with a past life

Seville’s cathedral is the largest Gothic cathedral in the world and one of the largest cathedrals of any kind. What these superlatives don’t tell you, however, is that it used to be a mosque. In 1248, the Catholic kings reconquered Seville from its Moorish rulers and declared the mosque a Christian site of worship. About two centuries later, the mosque was demolished to make room for the cathedral, but not everything was destroyed.

The bell tower (La Giralda) once used to signal the Muslims’ daily calls to prayer was kept intact but “Catholicized” with an angel on top and some Bible verse inscriptions. This didn’t erase the obviously Moorish architecture with its arches and intricate carvings. In fact, it’s just one of many architectural examples of the influence of Spain’s former Muslim rulers.

The bitter fruits of Spring

Beyond the festive atmosphere, Spring in Seville also has a very distinct scent thanks to thousands of blooming orange trees throughout the city. It’s a lovely perfume that wafts through the streets. You’ll often find both kids and adults engaging in impromptu soccer games with the fallen oranges, but what you won’t find are any Sevillanos who actually enjoy eating these oranges.

Unlike the sweet variety found in the supermarket, Seville oranges are very bitter. The British, however, love turning them into marmalade and Sevillano farmers happily export tons of these oranges every year.

The humble beginnings of Spanish cuisine

Tapas have become synonymous with Spanish cuisine, but their exact origin story is unclear. One theory says they came from a farmer’s bar in Seville where drinks were served in a glass with a small saucer on top to keep the flies out. Eventually the bar started serving free finger foods on top of the saucers to attract more customers. The idea spread like wildfire.

Between its breathtaking architecture and its 300 days of sunshine every year, Seville is a director’s dream that’s served as the backdrop of several movies and TV shows. Plaza De España, arguably the most picturesque part of the city, is the Kingdom of Naboo in Star Wars, while in the movie Knight and Day, Tom Cruise and Cameron Diaz race through the streets of Seville on the back of a motorcycle.

Seville’s biggest theatrical spotlight came more recently, though, when the gardens and elaborately tiled facade of the Royal Alcázar of Seville (The Royal Palace) transformed into the Kingdom of Dorne for Season 5 of Game of Thrones. Even Osuna, a town on the outskirts of Seville, made an appearance in Daenerys’ dragon pits.

Join Scott's Cheap Flights and get amazing deals to Spain—and destinations around the world—delivered right to your inbox.

Thank you! Your submission has been received!
Oops! Something went wrong while submitting the form.
Last Updated
March 1, 2021 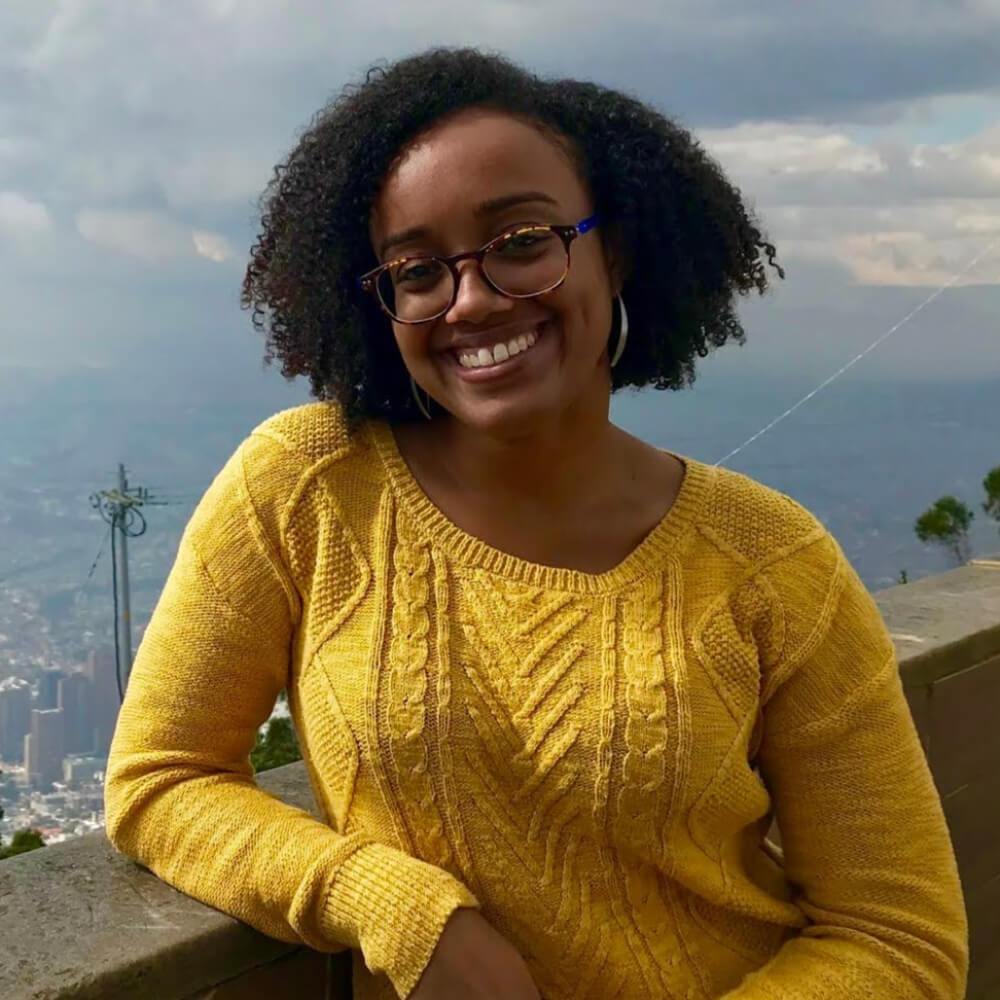 Jessica is a freelancer writer and expert on Cartagena, where she lived and worked for six months, and Seville, which she first experienced during a two-month study abroad program in 2011.