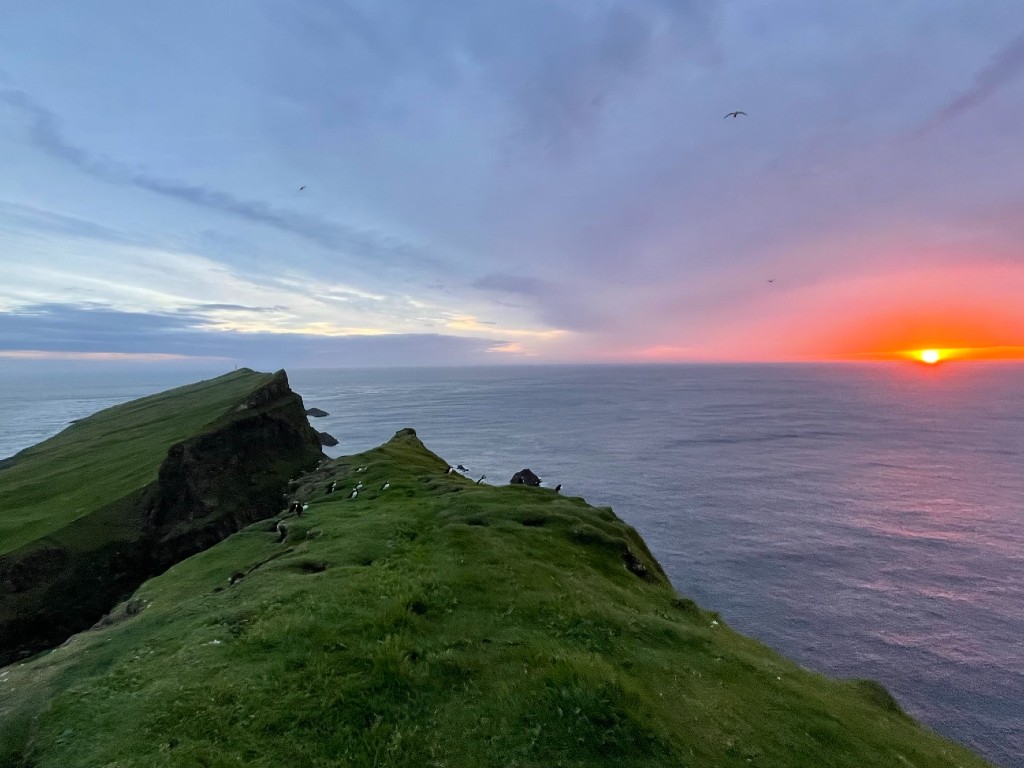 Puffins were once so plentiful on the tiny island of Mykines in the Faroe Islands that the locals used to pay taxes with them. Today, the island’s 16 inhabitants no longer hunt, sell ,or eat puffins (although they’re apparently tastier than chicken); instead, they take their photos.

Oda Wilhelmsdóttir Andreasen has always had a unique bond with the animals of Mykines. She’s prone to hugging horses and has been teased by her neighbors for kissing their sheep on the forehead. The first time I met her, she nearly got bucked off the edge of a jagged cliff trying to free a ram that had gotten its horn stuck around a metal pole.

An animal lover to her core, she is also the founder and owner of the sustainable tourism company GoLocal. Oda leads guided tours around the 18 islands of the Faroes, especially her second home of Mykines, the westernmost outpost of the remote country.

At 49, Oda is the youngest resident of Mykines, with the average age being somewhere in the 70s. This rugged island dotted with grass-roofed homes is accessible via boat (if the weather allows) and subsidized helicopter. It’s also home to 500,000 puffins, the country’s largest colony, named Lamba, making it the most-visited place in the Faroe Islands from April to August when the puffins land to nest. In 1997, Mykines had 3,000 visitors a year; in 2019, the island had more than 15,000.

After studying tourism and writing her thesis about sustainable tourism on Mykines in 1997, Oda says she fell in love with the island. “It was a dream of mine to start sustainable tourism here and show people that it is possible to preserve this beautiful island that I love so much. I feel it was calling to come here and protect this island from being destroyed by mass tourism.”

When guests book a stay with GoLocal, they arrive on the last boat of the day (as the other tourists empty the island) and stay overnight in Oda’s renovated 1950’s style traditional guesthouse. First, she makes a typical Faroese feast of either salmon, lamb or cod stew, and then, as the sun begins to set, it’s time for the main event, a guided hike to spot puffins.

Instead of taking tourists along the beaten path that leads to the lighthouse, Oda takes a different route, telling puffin facts and local legends throughout. “I want to preserve and respect the birdlife. When you hike to the lighthouse, you walk through the biggest puffin colony of the Faroe Islands, and before last year when there was no path, you would walk on top of the colony, which is totally unheard of,” she says.

Not only does this mean visitors explore the island without the crowds of people, surrounded by the shocking beauty of the wild landscape, but they also typically see more puffins. “Puffins will stay on the ocean all day eating, so you won’t see as many on land during the daytime,” she says. “But in the evening, they tend to come home to the nest around an hour before sunset. That's why we always see so many.”

Watching the clumsy puffins fly in with sand eels caught in their bright orange beak is well worth the elevated hike. “Puffins have very short wings and have to move them quickly to stay in the air. When they land, and there is wind, it looks funny,” says Oda. “They walk funny and look like penguins when they walk, run and jump on their cute little legs.”

With time, puffins get used to the presence of people. “They feel safe with people because they haven't been hunted since 2012 to preserve the population,” says Oda. “They'll just play and almost walk over to you. So you really don't need to step off the path to have good pictures because they're right there.”

Despite signs telling people to stay on the designated walking trail, the locals often see people picnicking directly on top of mounds of grass that are actually puffin nests burrowed three-feet into the ground. In an effort to bring more attention to preserving puffins on the island, Oda has spoken to the boat captain coming to the island to get a speaker onboard welcoming guests to Mykines and explaining why it's so important to stay on the path.

“What I want the most is like, I want it to be more like the Galapagos Islands where you won't even be allowed to walk that bird area without a local guide,” she says. “It's a better experience. And also it's a better way of protecting the wildlife.”

Although she loves the island’s famous puffins, Oda insists there’s much more to Mykines than its adorable black and white birds. “I love the sheep, the horses, the gannets,” she says. “You feel a connection with the animals here. The farmer’s chickens come every morning, and I hand feed them. Now they're so tame that they walk right into my kitchen.”

How to visit the puffins on Mykines

The best time to visit Mykines to see the puffins is from May to August. There are direct flights to the Faroe Islands from Copenhagen, Paris, Reykjavik, Edinburgh, and Bergen, as well as seasonal direct flights from Barcelona and New York. Scott's Cheap Flights regularly sees deals in the $300s roundtrip to Copenhagen.

To reach Mykines you purchase a boat ticket here for about $9.50 each way. Check the timetables before booking and be aware boats may be canceled due to inclement weather. Travelers must also purchase a $40 hiking fee to hike on Mykines. You can purchase this when you purchase your boat ticket.

The Faroese government provides subsidized helicopter rides to the island several times a week. Seats are limited and often reserved for locals, but if you’re lucky enough to snag a seat it costs $23.

GoLocal is available for booking through advertising on the boat website or GoLocal.foc or by email booking@golocal.fo. There are two packages available, an overnight stay in her traditional home with breakfast included and a sunset package. Opt for the sunset package, where the hike, dinner and breakfast are included for around $400 per person based on double-occupancy.

Ready to go? Join Scott's Cheap Flights and save up to 90% on tickets to destinations around the world and closer to home.

Thank you! Your submission has been received!
Oops! Something went wrong while submitting the form.
Last Updated
October 14, 2021 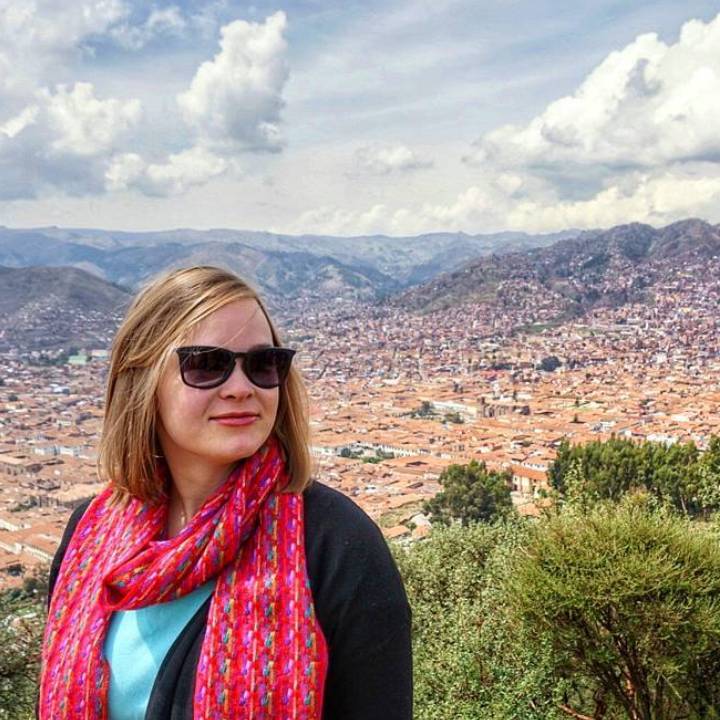 Katie is a travel and food journalist, copywriter, and content writer traveling full-time around Asia. She writes for National Geographic, Travel + Leisure, Conde Nast Traveler and many more.