Santa Fe: The Southwest City That’s the Oldest Capital in the US 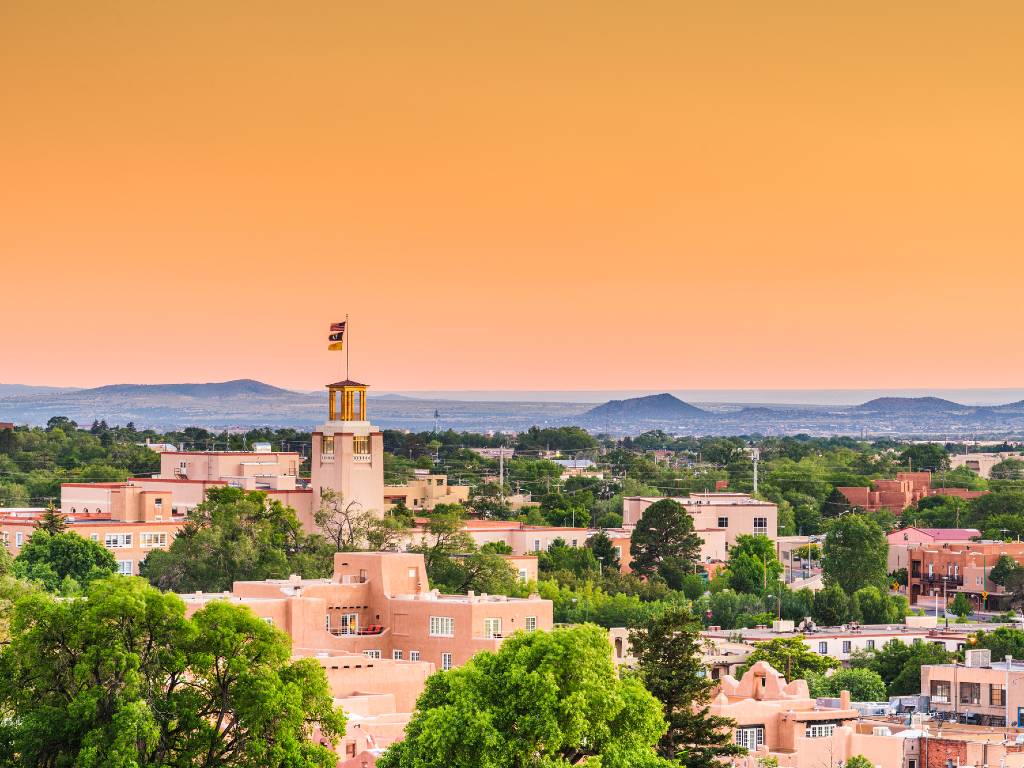 Historic, but not dated

With its narrow, meandering adobe (mud) building–lined streets and occasional Gothic and Romanesque cathedrals, the city can feel as though it’s been transported from another time and place. However, it’s firmly planted in the American Southwest, where Indigenous and colonial cultures mix and mingle, with plenty of Wild West cowboy vibes to boot.

Despite its age, “The City Different” is no granny city. There are several world-class museums (including the Georgia O’Keeffe Museum, one of the few dedicated to a single female artist), a summer Santa Fe Opera season that rivals Sydney’s and London’s, immersive spaces redefining the country’s art scene, a mountain backdrop that beckons high adventure, and restaurants with dishes inspired by Indigenous ingredients. It’s a cultural hotspot that shouldn’t be overlooked.

Exploring Indigenous culture then and now

Ancestral Puebloans, as well as the ancestors of today’s Navajo and Apache peoples, had a presence in Santa Fe for millennia before European contact, and their cultures still thrive here today, weaving into the city’s art, food, and traditions. These cultures are best experienced at the source by visiting some of the eight living Indigenous communities, known as pueblos, that are around Santa Fe.

During Pueblo Feast Days, visitors are customarily welcomed to observe traditional dances, such as corn and harvest dances. For a deeper look at the Tewa culture, tour the Poeh Cultural Center, where the history of the Pueblo of Pojoaque is told through its own perspective and the accompanying Tower Gallery displays the emotive sculpture of working Indigenous artist Roxanne Swentzell.

At the Puye Cliff Dwellings, Santa Clara Pueblo tour guides lead walks beneath the cave dwellings pointing out where their ancestors lived from the 900s to 1580.

The fearsome chant that spells tradition

Each September, cries of “Burn him! Burn him!” arise from a crowd gathered in Fort Marcy Park. Although the chant sounds frighteningly macabre, it’s all in good fun. During the burning of Zozobra, a 50-foot-tall marionette, aka Old Man Gloom, is burned in effigy to release anxiety and stress.

Artist William Howard Shuster, Jr. created the original Zozobra in 1924 for a backyard gathering. It grew into a citywide occasion that invites anyone to stuff representations of their worries—divorce papers, eviction notices, parking tickets—in the marionette and watch them go up in flames. It’s self-care, with a few thousand fellow festival-goers.

This story still has a daily presence in the city thanks to the 1610 Palace of the Governors—the “oldest public building in continuous use constructed by European settlers in the US.” It anchors one side of the city’s historic plaza and is now under the umbrella of the New Mexico History Museum.

Spain’s original reign lasted until the Pueblo Revolt of 1680, when Po’Pay, an Ohkay Owingeh Pueblo leader, organized an Indigenous uprising against the colonizers. The Spanish were vanquished from New Mexico; however, by 1693, they had returned to Santa Fe.

The Fiestas de Santa Fe has marked this return each September since 1712, with traditions ranging from the deeply religious to the fanciful. A parade with children and pets donning wacky costumes is a counterpoint to somber prayers and masses.

A local dicho (saying) “panza llena, corazon contento” (full stomach, happy heart) proves true when indulging in green and red chile. Yes, that’s chile with an “e,” as in the vegetable. New Mexicans will kindly escort you to the state line if you spell it with an “i,” which here refers to the stew with meat and beans. The state’s favorite crop tops and slathers virtually every dish in Santa Fe, from green chile cheeseburgers to traditional dishes like enchiladas.

The city’s signature homey dish is Frito Pie, on which chili stew gets its due when poured over a bag of corn chips and topped with cheese. You can find versions at food carts on the plaza or in the Five & Dime General Store, just across from the Palace of the Governors.

Be warned: When Anthony Bourdain tasted the dish for the TV show Parts Unknown, he said it felt “like you’re holding a warm crap in a bag.” That’s not exactly a ringing endorsement, but he also confessed it tasted delicious.

Lest you think all the city’s food is fried or swimming in cheese, a handful of James Beard Award-winning and nominated fine-dining chefs also call the city home. These include Chef Martin Rios, who spent two decades climbing the ladder of Santa Fe’s kitchens before helming his eponymous Restaurant Martín.

Fry bread, those glorious puffs of fried dough drizzled with honey to make a dessert or topped with taco fillings to create a savory Tewa taco, is likely the best-known Native American dish. However, this is actually a colonial food and doesn’t reflect the breadth of Indigenous cuisine.

Chefs at restaurants like Amaya, at the Hotel Santa Fe owned by Indigenous Picuris people, incorporate pre-contact ingredients such as bison, other wild game and fowl, and corn, beans, and squash (known in Native American cuisine as the Three Sisters). Learn to cook Indigenous cuisine for yourself at The Feasting Place, held in a Santa Clara Pueblo home.

Intrepid creatives turned sleepy Santa Fe into a booming art colony in the early 1900s. Since then, it has grown into the third-largest art market in the US behind only New York and San Francisco. Many of the city’s 250+ art galleries are clustered around the historic plaza, the nearly mile-long stretch of Canyon Road, and the Railyard Arts District.

Summer brings even more collectors to the city’s doorsteps with the arrival of a trio of world-renowned art markets. Each July, Traditional Spanish Market celebrates the artists carrying on Spanish colonial art forms, such as retablos (altar painting), punched tin, and colcha embroidery. The July International Folk Art Market imports artisans and their creations from more than 50 countries, and the August Santa Fe Indian Market ranks as one of the largest and most prestigious Native American art markets in the US.

While many of Santa Fe’s galleries and shows lean traditional, a handful of creators are coloring outside the lines and even creating a whole new coloring book. Local art collective Meow Wolf launched the House of Eternal Return in 2016 with funding from Game of Thrones creator and Santa Fe resident George R.R. Martin.

The immersive and interactive installation begins in a Victorian house and takes visitors into the 20,000-square-foot artistic multi-verse through portals in the refrigerator and dryer. The collective-turned-entertainment-company has become one of the city’s biggest exports, with additional Meow Wolf installations in Las Vegas and (coming soon) Denver.

Santa Fe hasn’t met an alternative healing solution it doesn’t like, from salt caves to sound baths. Perhaps because of its arid, high-desert surroundings, the city’s residents take soaks seriously.

Santa Fe is set at the base of the Sangre de Cristo Mountains, some of the southernmost peaks of the Rocky Mountains. That means hiking, leaf peeping, and skiing are all in the city’s backyard, depending on the season. Residents often hit the trails at sunrise or sneak out of the office early for a post-work hike.

From the 13-mile-wide grassy bowl at the Valles Caldera National Preserve to the tent-shaped formations straight from Cappadocia, Turkey, at the aptly named Kasha-Katuwe Tent Rocks National Monument, there’s also plenty of excursions about an hour’s drive or less.

Thank you! Your submission has been received!
Oops! Something went wrong while submitting the form.
Last Updated
August 18, 2021 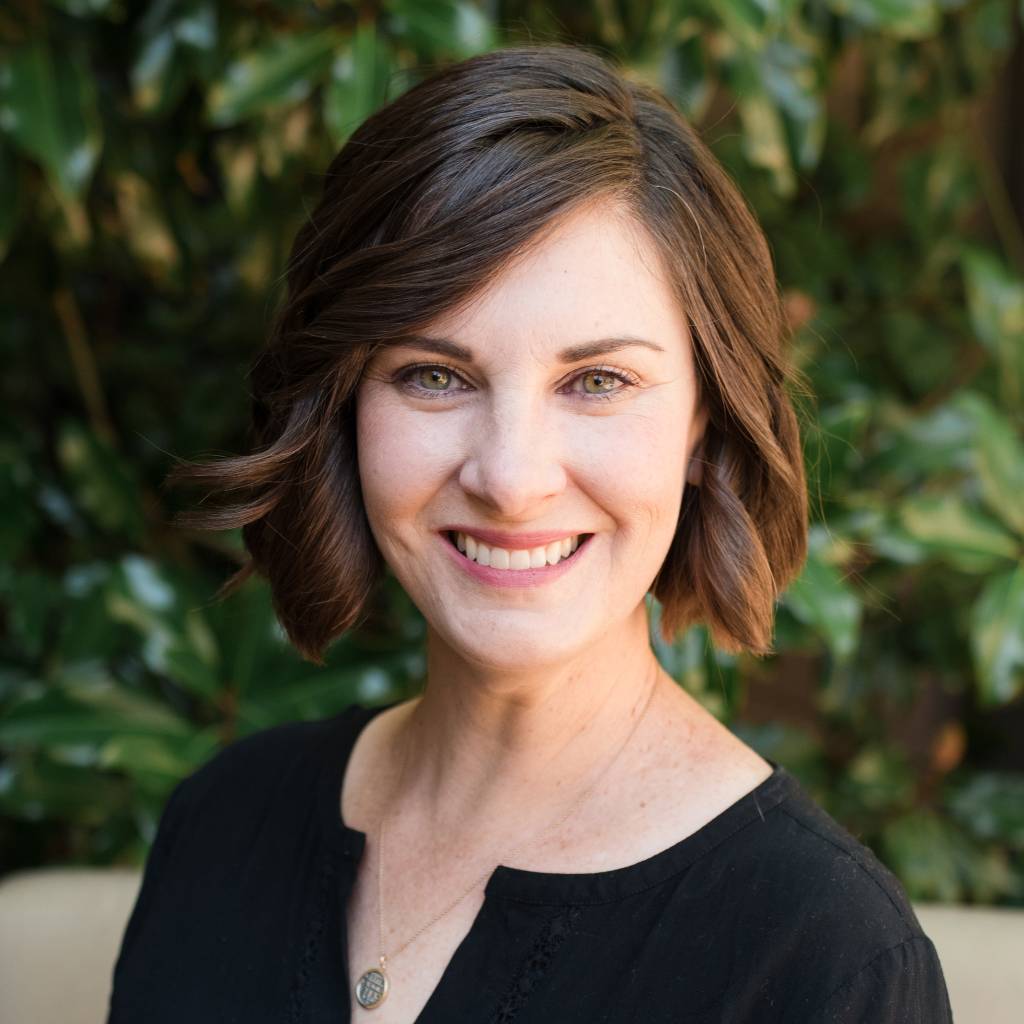 Ashley is an award-winning freelance journalist and editor, as well as a native of New Mexico. She worked in Santa Fe for five years as an editor at New Mexico Magazine before going freelance. Since then, her writing on travel and culture has appeared in numerous print and digital publications, including CNN Travel, AFAR, USA Today 10Best, Lonely Planet, and Mental Floss.