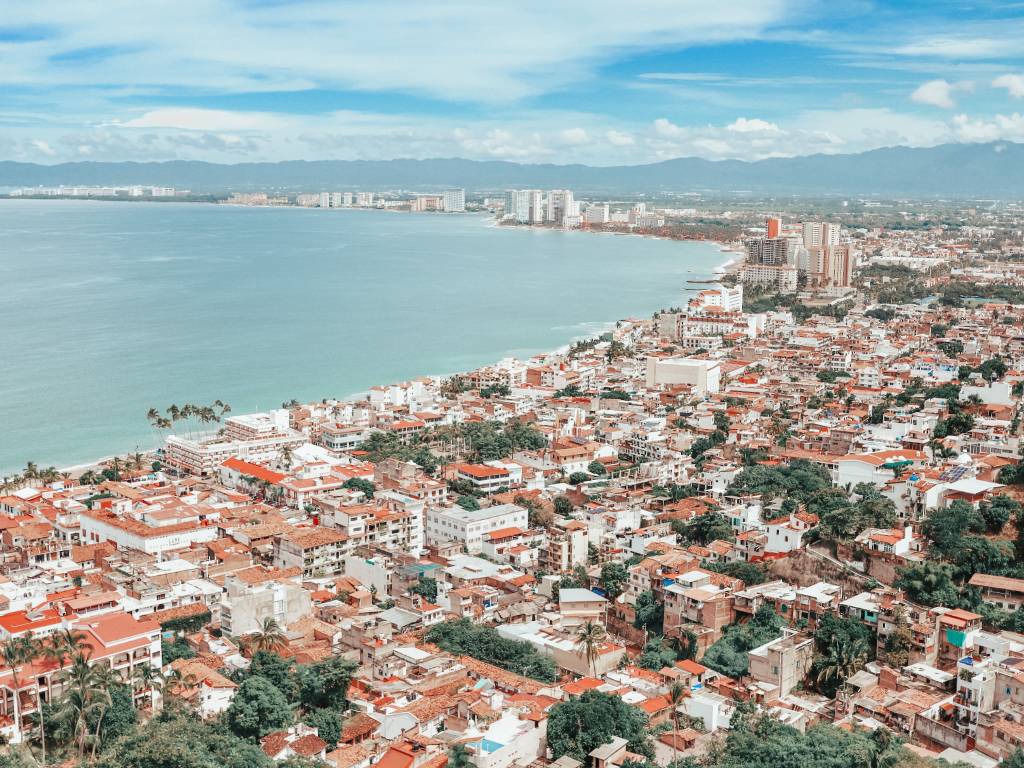 On the surface, Puerto Vallarta, on the west coast of Mexico in the state of Jalisco, is a touristy beach town of conversation tees and oversized margaritas. Zona Romántica (the neighborhood's real name is an ode to Mexican revolutionary Emiliano Zapata) is full of tipsy tourists and vendors hawking made-in-China souvenirs.

Vallarta attracts vacation-goers wanting to enjoy the warm aquamarine waters by day and play long into the night—but that’s not all the coastal city has to offer.

Tourists who only delve into the party culture of beach bars and clubs that blast reggaeton hits into the early morning will miss the mysticism rooted in Indigenous practices, natural wonders, and the creative energy that makes Vallarta charming once you break through the touristy façade. Let’s dismantle the Mexican coastal town’s party reputation.

Before Vallarta was a spring break hot spot and shore excursion stop on cruise ships, it was a sleepy beach town. Born and bred Vallartans are still lovingly nicknamed patas saladas, meaning salty feet, as the barefoot lifestyle centered around the coast.

That all changed when Richard Burton and Ava Gardner ​​came to town in 1963 to film what might be the worst Oscar-winning film of all time, “The Night of the Iguana,” in Mismaloya Beach, and put a spotlight on Vallarta that attracted the Hollywood elite.

In 1964, Elizabeth Taylor joined Burton in the quaint beach-front Mexican pueblo in their house, Casa Kimberly. The riverfront area where the movie star couple lived came to be known as Gringo Gulch as foreign-owned properties rose in droves. Today, the former home of the Hollywood stars (which is actually two homes across from one another connected by a bridge) is now a hotel with a waitlist to stay in Elizabeth Taylor’s chambers. A bust of Taylor marks the entrance to Isla Cuale, an island that’s the heart of the area.

Welcome to the gayborhood

Mexico may be a Catholic country but at least 22 of its states have legalized same-sex marriage, including Jalisco where gay couples have been able to legally wed since 2016. Vallarta became a camp destination in the 1960s when Elizabeth Taylor moved to town and gay travelers began flocking to the area. Emiliano Zapata—or Zona Romántica—has been dubbed the gayborhood ever since.

The scene caters to gay men with events throughout the year including BeefDip week at the end of January and Vallarta Pride at the end of May. Drag shows are a dime a dozen with nightly performances around Zona Romántica. Queer women have fewer hangout spots but there are frequent meet-ups such as Karaoke night and women-only events at the lesbian-owned Elixir Mixology Bar.

The verdant Sierra Madre Mountains meet the Vallarta shoreline, and this mountainous topography—along with a lengthy rainy season from June to mid-October—leaves Jalisco towns surrounding Puerto Vallarta dotted with nine waterfalls, many of which can be visited on day hikes. The Yelapa waterfall is the easiest to reach via a paved path and the Nogalito fall is quite adventurous, as you walk in the river to reach it.

Both are often packed with visitors, unlike the small-but-mighty El Salto in El Jorullo. To reach this waterfall, join the Canopy River hiking tour. The company was started by 36 local farmers who in 2006 had nearly deforested their entire land to sell firewood. None of the farmers had experience in the tourism market, but they saw a growing demand for nature-centric tourist activities and opened a zip line circuit. Today, Canopy Tours has 120 local employees and has built the longest suspension bridge in the world.

On the hiking tour, you’ll walk over the 1,500-foot-long hanging bridge and take in spectacular views of the Cuale River. If you hear a squawk be sure to look towards the sky and see if you can catch a glimpse of the native regal green macaw (known as the Mexican Military Macaw). After about a three-mile hike through the jungle, you'll reach the 16-foot-tall El Salto. Wade in and cool off with a swim in the crystal clear waterfall-fed pool.

Vallarta is a foodie town and worthy of planning an itinerary around the dishes you want to eat. Fortunately, for plant-based eaters, the vegan scene in Mexico is burgeoning. Mexico has the second-largest amount of vegetarians per capita (19%).

The Jalisco beach town offers vegan meals as affordable as 20 Mexican pesos (about $1) per vegan pastor taco at the brand-new 100% Vegan Taqueria. Or, for one of the biggest-ticket splurges in town, enjoy a five-course vegetarian tasting menu at Café des Artistes for 1,045 pesos (about $52). The menu features custom dishes created by the chef using available fresh ingredients from the kitchen such as a tomato starter that features the fruit in several forms including salt, cracker, and fresh cherry tomatoes.

Local Vallartan and life-long vegetarian Sahara Rodríguez opened The Green Place in 2017. There were so few vegetarian options when Rodríguez was growing up that her family always cooked meals at home. “We also wanted hot dogs, tacos, and hamburgers,” Rodríguez says.

Tourists have made The Green Place a popular restaurant for vegans and nonvegans alike. Rodríguez acknowledges that without tourism the vegan Vallarta food scene probably wouldn’t be as large as it is today, with nine vegetarian or fully vegan eateries including a spot for plant-based pizza and another for Japanese ramen. Most source their produce from local farmers and buy bulk supplies like oil and flour at Costco.

Non-vegan restaurants are adapting to the demand for vegan food from both locals and tourists alike. Mezcal y Sal is one of the most beautiful restaurants in Vallarta and nearly the entire menu can be adaptable for vegans by swapping out meat for jackfruit, mushrooms, or chickpea chorizo. The cocktails at Mezcal y Sal can’t be beaten—each drink is adorned with flowers and some even come on a platter with burning rosemary.

Having a whale good time

The Bay of Banderas, where Puerto Vallarta is located, is a breeding ground for humpback whales, with around 400 of the massive mammals making the annual journey to the calm waters of the bay. The heart of the activity happens just off the shore where the deepest waters in the bay can be found—a prime location for whales to give birth to calves. “The calves are taught how to breathe, swim, avoid predators, and how to hunt,” Puerto Vallarta native and whale tour guide Francisco Ledezma explains.

He sees all of this activity daily when he takes guests out during the peak whale season from December to March. “The calves usually will breach 30 times in a row but once I saw one breach 84 times in a row—it was spectacular.” While out on a whale-watching tour you may get lucky and spot other aquatic life including olive ridley, leatherback, hawksbill, and green sea turtles, crocodiles, orcas, stingrays, Bryde’s whales, and dolphins.

Cleanse as the Mayans did

Jalisco is home to the Wixárika people, but there are scarce genuine cultural references left in which tourists can see or participate. Instead, traditional wellness experiences in Vallarta are rooted in Mayan culture and participated in by both locals and foreigners.

Temazcal is an ancestral Mayan ceremonial sweat sesh conducted in a mud dome filled with herbal steam. The experience is led by a shaman who guides participants through a physical and spiritual cleansing. Cacao ceremonies are also common—the Mayans used cacao as a medicinal plant to open their hearts, a theme that continues in today’s ceremonies.

Terra Noble, a healing center perched in Vallarta’s mountains, offers both rituals regularly. Unlike  many ceremonies in the Vallarta that area are led by foreigners, ceremonies here are conducted by Indigenous practitioners.

Urban art has taken over Puerto Vallarta and beautified the city’s walls with depictions of Mexican painter Frida Kahlo and vibrant portrayals of local flora and fauna. The Hive Gallery is a spray paint shop in the Cinco de Diciembre neighborhood that drives the street art scene in Vallarta with permission and encouragement from local legislators. Go on a self-guided street art walk using the free map by PV Street Art.

A recent mural festival brought colorful new works of art to Vallarta’s open-air museum of murals including a rendition of the Greek god of the sea, Neptune. The piece was painted by muralist Christian René Robles Ramírez aka Piña. “Previously it was common to see murals made by foreigners and few by local artists; now, it’s the opposite. Local businesses have opened up their walls for collaboration,” Piña says. He’s found it easier than ever to receive permission from the local government to paint on public wall areas. “Vallarta welcomes new artists to impact the town through their vision.”

Where to Stay: The newly renovated Fiesta Americana has a central beachfront location and beautiful spa.

What to Do: Join the Botanical Delights tour of the Vallarta Botanical Gardens, but wear sneakers as you’ll be hiking through dirt paths and across hanging bridges to see local flora including vanilla vines, cacti, orchids, and more.

Where to Eat: Macareno for Mexican and Western brunch items such as tamales and French toast (vegan options available) in an outdoor patio filled to the rim with plants.

How to Get There: Join Scott's Cheap Flights and get deals like $287 roundtrip.

Thank you! Your submission has been received!
Oops! Something went wrong while submitting the form.
Last Updated
June 22, 2022 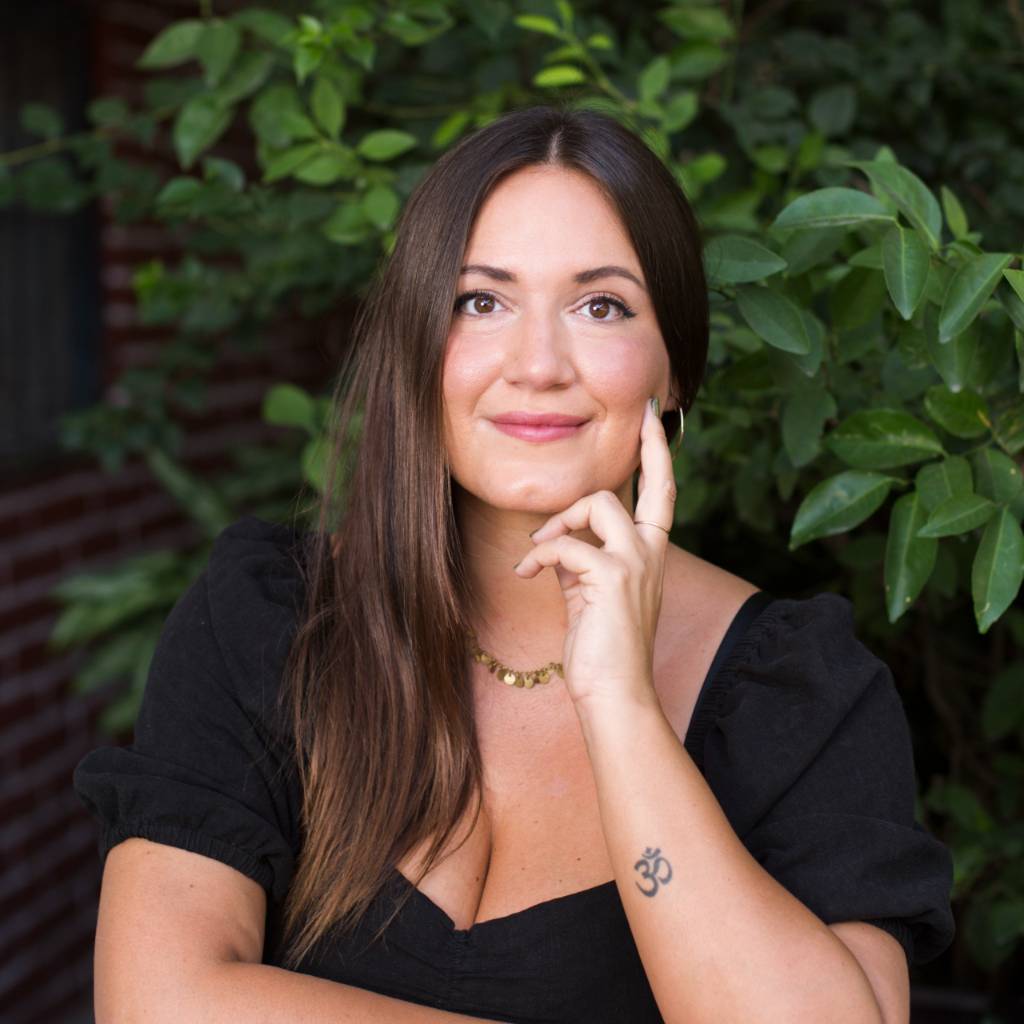 Lola Méndez is an Uruguayan-American freelance journalist who has been based in PV for the last year. She writes about sustainability, travel, culture, and wellness for many print and digital publications such as CNN, USA Today, InStyle, Refinery29, in addition to her responsible travel blog, MissFilatelista.com. You can follow her on Instagram and Twitter @LolaAnnaMendez.