Puerto Rico: The Caribbean Island Where Piña Coladas Were Born 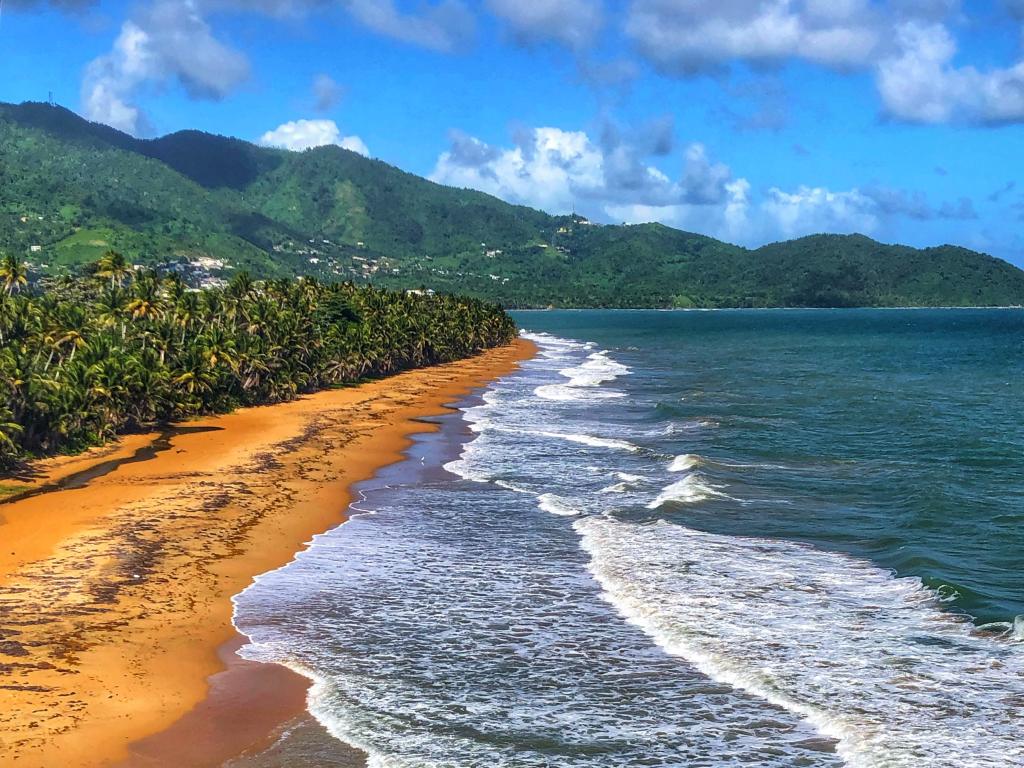 Puerto Rico sits in the Caribbean Sea between the Dominican Republic and the British and US Virgin Islands. Known as La Isla del Encanto, or the Island of Enchantment, it’s dotted with natural wonders like rainforests and mountains, islands ringed in white sand, and more than 300 beaches.

Puerto Rico is an unincorporated territory of the US which makes travel there simple (US citizens don’t need a passport) and other things a lot more complicated. While Puerto Rico is technically part of the US, and people born in Puerto Rico are US citizens, Puerto Ricans aren’t given the same rights as US citizens. For example, they cannot vote for the president or vice president, and Puerto Rico does not vote in the US Congress.

But Puerto Rico has a long history before the US. The Taino people settled in Puerto Rico (along with Cuba and the Dominican Republic) more than 1,000 years before Christopher Columbus arrived. They initially called the island Borikén (sometimes also spelled Borinquen or Boriquén). Taino families spent most of their lives living in settlements within large circular buildings, usually with a plaza where rituals, games, and other culturally related events happened. Tainos survived with agriculture, fishing, and hunting, and used canoes, fishing nets, bows, and arrows.

When the Spanish arrived in 1521, they changed the name of the island to San Juan Bautista and eventually Puerto Rico, and the many Indigenous Taino died due to disease, slavery, and other forms of mass colonization.

In 1895, the Puerto Rican section of the Cuban Revolutionary Party, both fighting for independence from Spain, created the flag Puerto Rico still has today. When the US invaded in July 1898, the island stood its ground until Spain ceded ownership by signing the Treaty of Paris a few months later in December. By this decree, the Spanish-American War ended, and Puerto Rico, along with the Philippines and Guam, were handed over to the US.

By 1948, it became an arrestable offense in Puerto Rico to display the flag created for independence, attend independence meetings, or speak against the US government. This censorship lasted until 1957.

For many Puerto Ricans, these gag laws and forced American assimilation quelled any ideas of independence, and the notion of a dual identity began forming. The term Boricua calls back to the island’s heritage and identity as the home of the Taino people.

While the Spanish destroyed most of the Taino culture, it still lives within food, language, and daily living on the island. Original Taino words commonly used today include canoe, barbecue, hammock, potato, hurricane, iguana, maize, manatee, mangrove, potato, tobacco, and many more. Many Puerto Ricans still have Taino DNA and identify themselves as the descendants of the Taino people.

San Juan is the most popular city in Puerto Rico (and you can read our San Juan travel guide here), but there’s plenty more to discover around the island.

Nestled in a cove off the Atlantic side of the island, Mar Chiquita in Manatí is a natural pool that resembles the flat tail of a manatee. The uninhabited Isla de Mona, located between the Dominican Republic and Puerto Rico's mainland, has some of the most beautiful and empty beaches with crystal clear water and soft sand surrounded by limestone cliffs. Mosquito Bay in Vieques is a bioluminescent bay, where particular organisms in the water emit a brilliant blue light as they swim around at night.

There’s also the sprawling 1,249-acre bright pink salt flats of Cabo Rojo, where the color is caused by brine shrimp that live in the water. And, the largest cave in the Western Hemisphere, Cavernas del Río Camuy, was recently reopened (it was closed due to damage from Hurricane Maria) and contains the third-largest underground river in the world along with more than 10 miles of caverns, 220 caves, and 17 entrances that have been mapped so far—with most of the cave system unexplored.

There are also several towns and cities equally appealing to San Juan. Arecibo on the northern coast west of the capital bustles with a tropical restaurant row with more than 10 restaurants like Guajira and Amapola—all within walking distance of each other—that specialize in local Puerto Rican dishes like mofongo, a fried plantain dish.

On the southern coast, Ponce contains the most extensive collections of museums located on the island. There are 18 total, and the Panteón Nacional Román Baldorioty de Castro is one of the best. Built in 1842, it’s Puerto Rico’s first and only national pantheon. Other cultural attractions in the city include the preserved 19th-century Hacienda Buena Vista coffee plantation and Museo Castillo Serrallés, a 1930s home that belonged to the Don Q rum distillery owners and is now open for tours.

In August of 2020, an entertainment space called Distrito T-Mobile (yes, created by the cell phone carrier and a local Puerto Rican developer) opened, giving locals and travelers a place to enjoy good food and live music. Made to attract local and international visitors, Distrito T-Mobile was created as an entertainment complex that spoke to native culture (in food and performances) in ways travelers would understand.

Other places on the island are having an artistic renaissance; take the Cannon Club in Viejo San Juan. Initially built during the Spanish colonization of the island in the 1500s as cannon housing for the military, new owners refurbished the space in the 1960s. Attached to the boutique Gallery Inn, this swanky piano bar is where you can find locals performing music that isn't just salsa or merengue. With current government issues plaguing the financial security of most colleges on the islands, students are flocking to spaces like The Cannon Club to express their frustrations with other creatives, often interpreted through song. Stay for a drink, and you'll get to see where the growing art scene in Puerto Rico hangs out.

The fight for self-sufficiency

Due to US policies enacted in the early 1900s and still in place today, about 85% of the food in Puerto Rico is imported—a surprising number given the island's suitability for agriculture. The Jones Act requires goods going to Puerto Rico from the mainland to be shipped on American-built, American-owned boats operated by US citizens or permanent residents, making it much more expensive to ship goods to Puerto Rico than to other Caribbean islands. Operation Bootstrap, a strategy devised in the 1940s, focused Puerto Rico's economy on exports instead of cultivation. These two policies placed a chokehold on Puerto Rico's ability to be self-sustainable even today, further increasing Puerto Rico's dependency on the US.

Throughout the last 100 years, local farmers have been driven to bankruptcy due to mainland providers noticing competition and increasing lower-priced similar items but with less quality (more recently, Hurricane Maria also damaged many farms).

With Operation Bootstrap, many farmers left their trade to work in factories then built on the island. This left a gap of experienced farmers. The act of decreasing competition to maintain dominance on the island is still in practice today and rarely spoken about. Once snubbed in favor of sugar production when the US invaded the island, coffee has begun reappearing in central parts of the commonwealth. Farms like Hacienda San Pedro are fourth-generation coffee farmers directly combatting the dependency issue.

The tide has been slowly shifting, with small farmers like Frutos del Guacabo establishing networks and getting more locally-grown food to the markets. Other small farms like El Pretexto are introducing organic agriculture in ways non-farmers would understand. El Pretexto offers a culinary lodging option that allows guests to experience the food directly from the source. Just like El Pretexto, farm-to-table movements are occurring on the island. While not moving as fast as other places, the pandemic has made islanders look at what they can grow locally.

The piña colada was invented in Puerto Rico by Puerto Rican pirate Roberto Cofresí. Legend has it that on a long journey in the early 1800s, he found himself with a mutiny brewing, so he used what he could discover onboard the ship—in this case, coconut, pineapple, and rum—to make a delicious drink and calm the crew. It worked, and this prototype piña colada was the world's first taste of the frothy beverage.

Fast forward a few decades to 1954 when a bartender at the famous Caribe Hilton hotel by the name of Ramon "Monchito" Marrero modernized the cocktail, and everyone's favorite summertime vacation drink was introduced. In 1978 it was named Puerto Rico’s official drink and reached global fame, helped by pop singer Rupert Holmes and his song Escape (The Piña Colada Song).

Thank you! Your submission has been received!
Oops! Something went wrong while submitting the form.
Last Updated
December 15, 2021 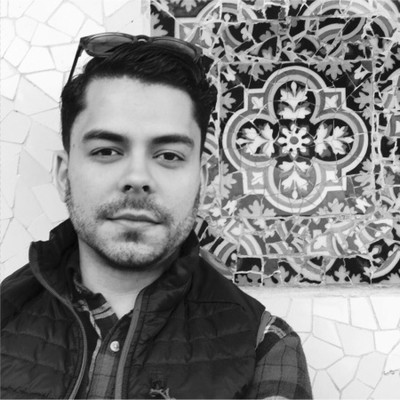 Emy is a travel journalist from Arecibo, Puerto Rico, and currently living in Miami Beach, Florida. His writing has appeared in Harper’s Bazaar, Esquire, Cosmopolitan, Country Living, and Popular Mechanics. He was born in Arecibo and raised in Florida until his teenage years when he returned to Puerto Rico to finish his high school experience.