Philadelphia: The Historic American City That’s the Mural Capital of the US 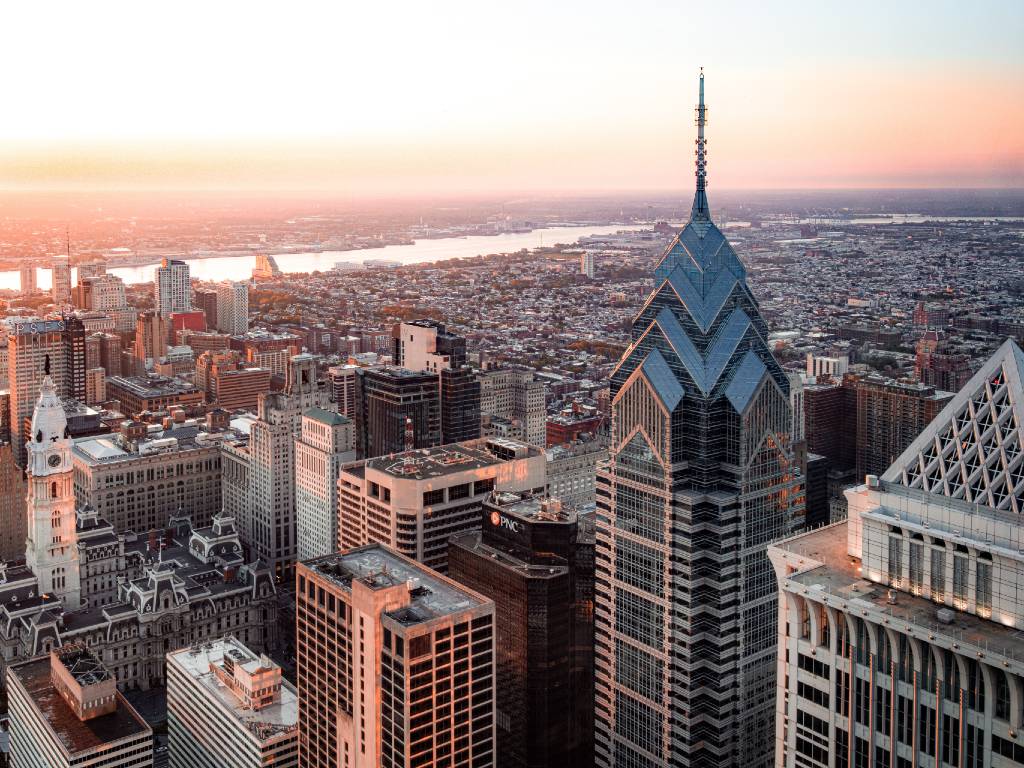 Philadelphia is a city entwined with American history. It’s where the founding fathers met for brews and brainstorming. The birthplace of the US Marines, electricity, and the cheesesteak, and home to Benjamin Franklin. It’s one of the most important pre-Revolutionary War cities in the US, but its influence didn’t stop there.

Philadelphia has continued to be an important city, as it’s the birthplace of many musical legends, like Patti LaBelle, Will Smith, and John Coltrane. It has also turned out brilliant minds like Noam Chomsky and royalty like Grace Kelly. And let’s not forget that athletes Kobe Bryant, Joe Frazier, and Wilt Chamberlain were also from the City of Brotherly Love.

Philadelphia was considered to be the first capital of the fledgling US, and the Declaration of Independence and Constitution were written here. Independence Mall, where you’ll find Independence Hall and the Constitution Center, is a must-see place for immersing yourself in the founding of our nation.

Before and after meetings of the Continental Congress, the founding fathers went to City Tavern, the oldest tavern in the US, which was founded in 1773. It only makes sense that the first Independence Day celebration was also held there. To this day, you can get a taste of history and great local beer.

City of even more firsts

The city is also known for being home to the first zoo and the oldest botanical garden in the US. The Philadelphia Zoo was opened in 1874, and Bertram’s Garden is actually the oldest surviving botanical garden in all of North America. The first hospital, Pennsylvania Hospital was also opened in 1755, and though it is now a part of the University of Pennsylvania, it is still operated today as a teaching hospital.

Finally, it’s widely known that Philadelphia sports fans have a bit of a reputation, so much so that in 1998, the former Veterans Stadium was the first in the nation to have a jail and courthouse.

Historic buildings with modern use

Many historic spaces still thrive to this day. Reading Terminal Market, one of the largest and oldest markets in the country, has been selling produce, meat, hot foods, and handmade goods since 1893. The famous Walnut Street Theater, which opened in 1809, was the first theater in the US, and it is still a popular place to catch a show.

Many Quaker sites still stand, and other safe houses that were part of the Underground Railroad. The first African Methodist Episcopal (AME) church, Mother Bethel, is the oldest piece of land to be continuously owned by Black people in the US.

Stepping back in time

The homes on Elfreth’s Alley were built beginning in 1703, and the alley is the oldest continuously inhabited street in the US. Two of the homes have been turned into a museum and gift shop, for anyone who’d like to get a taste of colonial living. You can also check out Edgar Allan Poe’s home as well as Betsey Ross’s house. To see these, plus more, the city offers many tours, like Founding Footsteps, which hosts trolley and walking tours.

Outdoor adventure near the city

Less than 20 miles outside of downtown, the Wissahickon Trail has varying terrains for different levels of hikers, horseback riders, bikers, or trail runners—up to 50 miles to be exact and is surrounded by a 1,800-acre park.

Other options for hiking and getting fresh air include John Heinz National Wildlife Refuge at Tinicum and Bartram’s Garden, which is a good launching pad for kayaking on the Schuylkill River.

Mural capital of the US

Philly sneaks in art wherever it can, and it is considered the mural capital of the US, with over 2,000 murals that beautify the urban jungle.

For those into traditional art, famed artists find a home in the Philadelphia Museum of Art, which is good for more than Rocky-esque photos (though you’ll still see people dutifully running up the stairs for a photo-op) and houses works by painters such as Renoir, Picasso, Monet, Cézanne, and Modigliani. There’s also the Rodin Museum and the Barnes Foundation, which displays the private collection of Dr. Albert C. Barnes.

Several neighborhoods, including the Old City and Fishtown, participate in First Fridays. Held on the first Friday of every month, art galleries and boutiques open their doors for a donation-based night of shopping, conversation, and music. Philly is also home of the famed Magic Gardens, an intricate mosaic art installation by artist Isaiah Zagar, which spans three city lots.

A city for foodies

In 2010, the Philadelphia metro area had the second-largest Italian American population. That’s why the city excels at making pizza, and South Philly does it best. That's where you’ll find Angelo’s, as well as Santucci’s (think deep dish-style, with cheese under the sauce), and Nomad, offering a mouth-watering margherita pizza.

Another closeby Italian classic is Termini Bros Bakery, which has the best cannolis and butter cookies in the area. For roast pork, John’s and DiNic’s have perfected their succulent sandwiches.

If Italian food isn’t your thing or you’re watching your carbs, have no fear—there is something for everyone. Businesses owned by people of color thrive here, especially the restaurants. Nourish in the Italian Market is a Black-owned vegan restaurant offering plant-based versions of your favorite comfort food. Sid Booker’s Shrimp has been a North Philly staple for 50 years, like Ms. Tootsie’s has been a South Street favorite for over 20 years.

Philadelphia also has a large Chinese population and Chinatown is a good place for a food tour of both Chinese food and wider Asian cuisine like Filipino, Thai, or Laotian. A solid plan would be starting at Penang Malaysian restaurant for roti canai, going to Spice C for Chinese hand drawn noodles. then hitting Mango Mango for a mango mousse dessert. Terakawa Ramen has the best ramen in the city, and Tom’s Dim Sum can be its own tour since everything is amazing.

Tattooed Mom, which is on South Street, is the place to indulge your love for cruelty-free comfort food, and you can still try a cheesesteak. Some favorites include the pickle fried chicken sandwich and the Nashville hot chicken—both vegan. Blackbird Pizzeria in Northern Liberties is another option, and it’s been voted the number one vegan cheesesteak in the city.

The cheesesteak is most travelers’ must-try food in Philadelphia. It was invented in 1930 by Pat Oliveri, the owner of a hot dog stand, the namesake of Pat’s King of Steaks (which is now one of the most famous spots). Who would have known that slapping beef on a grill would start a craze that keeps people coming back almost 100 years later?

A cheesesteak can be chicken or beef. Ask for fried onions and ketchup. This is how most locals order their steaks, though occasionally you’ll hear someone ordering one with mayo. That’s okay too. You also don’t have to get Cheez Whiz—many locals request provolone or American. If you’re not certain which you’d prefer, just ask which cheese the server recommends.

To get a local experience, consider skipping tourist spots and going to Ishkabibbles (especially for chicken cheesesteaks) or Jim’s on South Street, or Max’s Steaks on Germantown Ave.

For kids big and small

None of these recommendations exclude children—including First Friday, which sees its share of littles. Before you kick off a Sunday of kid-friendly exploring, consider stopping by the BIPOC-owned Queen & Rook, a board game cafe. Your kids can enjoy a game of Chutes and Ladders (or one of 1,000 other games) and you can re-up with a pot of French press.

Once you’re caffeinated, head to one of the many kid-centric attractions. The Franklin Institute, a science learning experience, is a child’s dream (you get to run through a giant heart), and the Mütter Museum caters to those who dig the strange. Full of medical oddities, adults and children will leave feeling perplexed and amazed.

The Please Touch Museum is perfect for small children, and the playground and mini golf at Franklin Square are a fit for children of all ages. Spruce Street Harbor Park on the Delaware River is a space for adults and children to play arcade games, lounge in hammocks, and eat their favorite street foods.

Thank you! Your submission has been received!
Oops! Something went wrong while submitting the form.
Last Updated
November 3, 2021 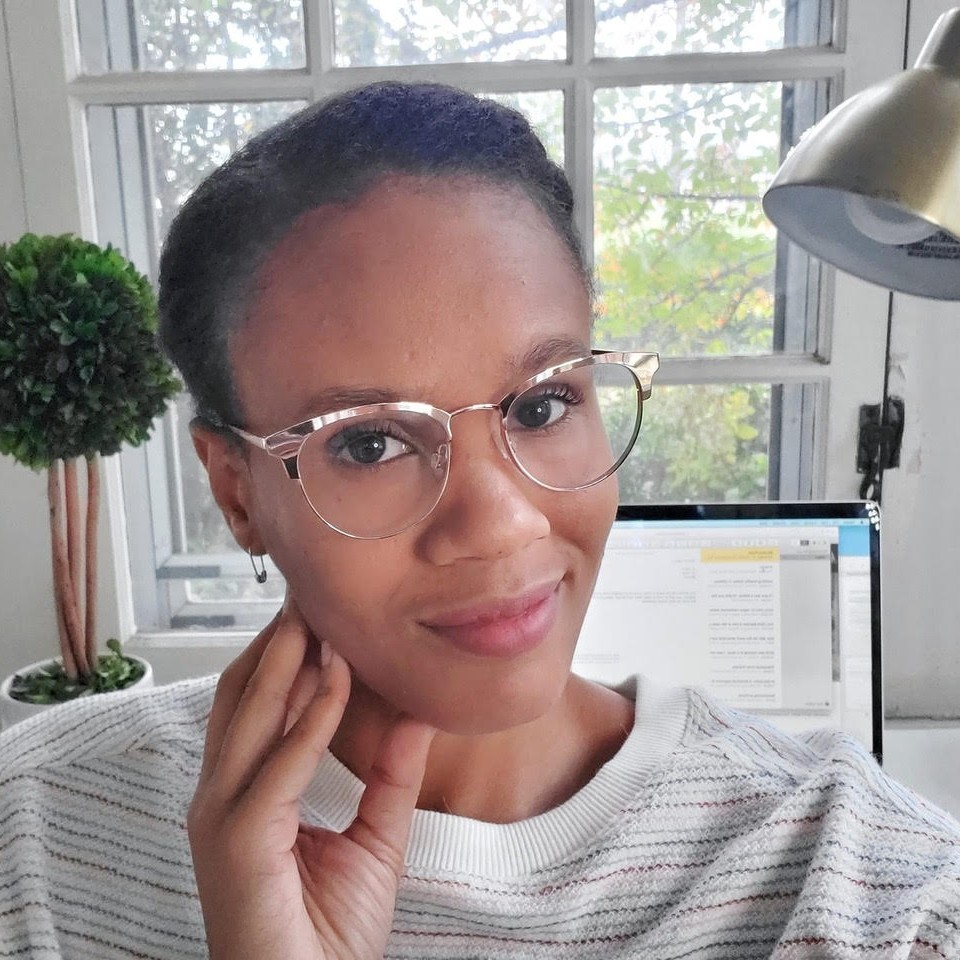 Tonya Russell is a travel and wellness writer based in the Philly suburbs. To see more of her work or her cute dog photos, follow her on Twitter @thetonyarussell.