Oslo: The Nordic Capital Where Nature Is Everywhere 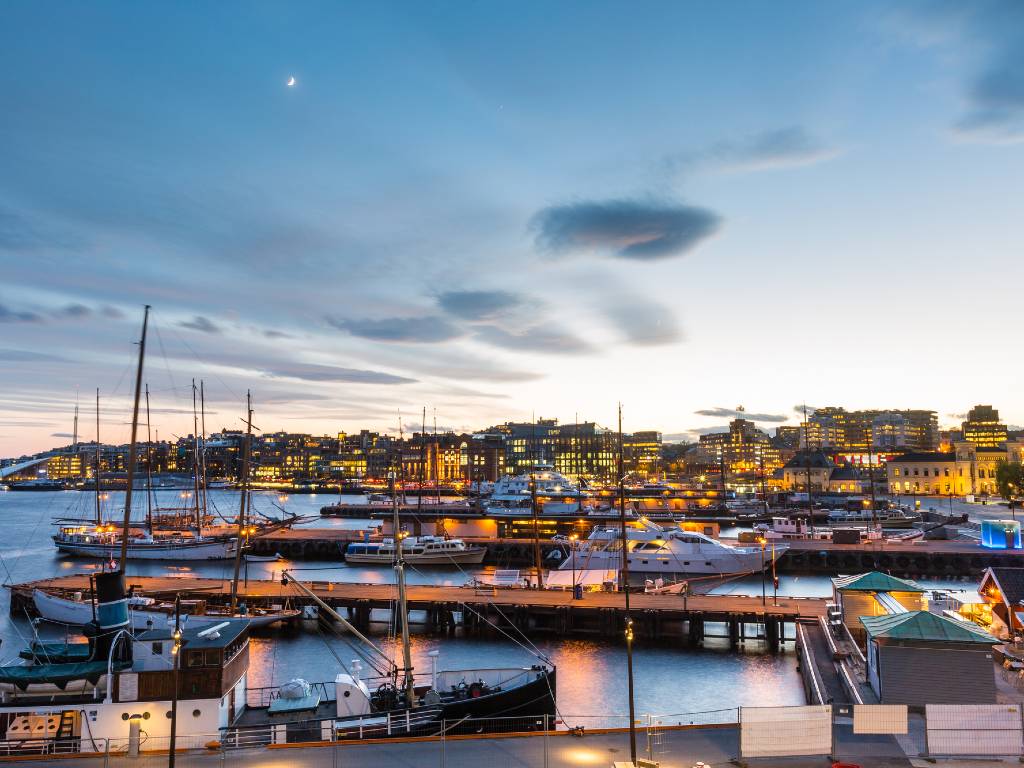 A small city with a big outdoors

While it might feel more like a small town if you’re coming from a big US metropolis, Oslo is actually Norway’s largest city, with a population of roughly 700,000. It’s hard to imagine a more approachable European capital, however. There are very few high rises, lending it a decidedly human and approachable scale.

It also makes the outdoor lifestyle incredibly accessible. Cross-country ski trails in town are illuminated all winter long. There’s a floating sauna made from driftwood smack dab in the Oslo Fjord downtown. And within the city limits, there are 40 islands, 343 lakes, and a massive public forest called the Oslomarka.

It’s a city where folks in hiking boots and windbreakers could just as likely be hiking up a nearby mountain as on their way to an art opening—and where parents feel safe enough to engage in that oh-so-Scandinavian practice of leaving the baby outside in its stroller to snooze in the fresh air.

The right to roam

A “this land is your land” mentality pervades Norway thanks to something called allemannsretten, which basically translates to the right to roam. A traditional directive from ancient times, the law was made part of Norway’s Outdoor Recreation Act in 1957 and means you can even camp on private property across the country, so long as you maintain at least 500 feet of distance from the nearest inhabited home or cabin.

While nobody is setting up camp in the bustle of Oslo’s city center, it’s just a half-hour ferry ride south from there to Langøyene island in the Oslo Fjord, where wild camping is permitted. You don’t even have to be Norwegian to partake. How’s that for egalitarian?

The 2019 European Green Capital, Oslo’s eco-friendly attitude is something preached and practiced. The city government has done away with street parking in formerly clogged urban corridors to give open space to bikes, block parties, benches, and green lungs as part of the Bilfritt byliv (car-free city of life) campaign.

And the city positively oozes quality of life—particularly during the summer, when cafe terraces and city beaches spring to life along the Oslo Fjord. The city aims to cut its fossil fuel emissions in half by 2030 and be carbon neutral by 2050. While there is auto traffic, it’s mostly electric, too—together with Bergen, Oslo has the most electric vehicles per capita in the world.

From marauders to modern art

A once-abandoned island in central Oslo home to hardy bands of thieves has been reborn in recent years as a slick art haven.

Named Tjuvholmen (Thief Island) in the 18th century thanks to the ne’er do wells that cast away here, the inner-city island sparkles these days. There’s a pretty, pebbly beach, a design-centric hotel (called The Thief, naturally) and the stunning Renzo Piano-designed Astrup Fearnley Museum, which looks like a yacht berthed in the fjord.

Belgians might beg to differ, but Norwegians can hardly be blamed for claiming their waffles (called vafler) as best.

Svelter and softer than the Belgian and American varieties, Norwegian waffles are usually heart-shaped and topped with a dollop of sour cream and strawberry jam and/or a slice of the country’s iconic brunost—a caramel-like, brown whey cheese shaved thin that’s the perfect union of salty and sweet.

Leave it to Norwegians to turn having the season's first outside beer into an occasion. Once the weather warms up enough in Oslo to enjoy a drink alfresco for the first time since the long days of winter, it’s all about enjoying an utepils (say: OOH-ta-pilz), which translates to “outdoor beer” (or outdoor pilsner, to be precise). But it needn’t always be a Norwegian beer. Alcohol is notoriously expensive in Norway, where the Danish pilsner, Carlsberg (widely available stateside), is among the cheaper offerings.

If you’re a fan of suds in the sun, you can likely go outside and raise an utepils wherever you might be in the world. Pair it with rekesmørbrød, a classic Norwegian summertime sandwich that’s a bit like Oslo’s answer to a lobster roll. Slather a piece of crusty white bread with mayonnaise, then top it with freshly steamed peeled shrimp (tiny Norwegian Arctic shrimp are best, but any shrimp will do) and dig, messily, in.

All around Oslo, innovative buildings beckon. Oslo’s iconic opera house, the Norwegian National Opera and Ballet, rises from the fjord like an iceberg scaled for humans, with a roof you can walk across. The new Deichman Library, which opened in June, cantilevers out over the fjord in a breathtaking manner.

There are even high-design abodes for honeybees. The internationally acclaimed design firm, Snøhetta, was among the creators of the Vulkan Bigård—honey-hued bee hives atop the Mathallen food hall that are part of the world’s first “highway” of bee-friendly safe spaces (including rooftop gardens and flower-filled cemeteries) throughout the city to guide the super-pollinators on their urban passage.

Legacy of the Vikings

According to the Norse sagas, Oslo was founded by the Vikings, who made the area their stomping grounds between 800 and 1050 AD. Just south of Oslo, Vestfold, on the Skagerrak Sea (part of the North Sea), was once an international trade center. It’s home to some of the most important archeological sites of the Viking Age, including burial mounds and Viking ships.

The most fascinating vestige to Viking culture in Oslo itself can be found at the Viking Ship Museum, just west of downtown on the forested Bygdøy peninsula. It houses the world's best-preserved collection of Viking ships, along with artifacts (such as jewelry and coins) buried for the afterlife in the Oslo Fjord’s ancient Viking tombs. You can take a digital tour of the riches online.

From Norwegian toddlers frolicking outside in the middle of a blizzard in their all-weather gear to “bad weather” hardly being a reason to cancel a hike with friends, Norway is a country (and Oslo a city) where dramatic climatic swings don’t keep anyone indoors.

Perhaps the most Norwegian saying of all is that there’s ”no bad weather, only bad clothing.” And it’s a useful adage to remember in a place where a summer day could easily feel wintry, especially in the northernmost latitudes.

Norwegians know how to dress for their quickly changing weather patterns—layering up, even in summer, and turning to 100% wool underthings all winter long. Perhaps if we all followed suit when applicable, we wouldn’t feel a need to complain about the weather either.

I want my slow TV

File this one under: sounds boring but is oddly satisfying and, apparently, addictive. Since 2009, much of Norway has gotten hooked on watching hours on end of rather ordinary events being broadcast at lengths that would seem, to distracted modern minds, excruciatingly long.

Some 20% of the population tuned in to a broadcast of a train ride across Norway that unfolded over a whopping seven hours. And YouTube has many hours more of Norway’s Slow TV greatest hits, should you want to put your own endurance to the test.

In cod they trust

Far more than salmon (most of which is farmed), Norwegians love their wild-caught cod, known as white gold. The country is the number one exporter in the world of the flaky, white fish. It’s a staple in Norwegian dishes like lutefisk (dried and salted cod pickled in lye) and turns up as bacalao in places like Italy and Portugal, too.

Doing it all for the dugnad

Norwegians may not be as outward with their emotions as in other cultures—which has given them a reputation for being a bit cold—but that hardly means they’re unfeeling. In fact, they care deeply about their fellow citizens.

Dugnad, the Norwegian word for communal work has come to symbolize a greater social duty to be part of your community, especially when it needs it most. It could be something as simple as spending a few hours working with neighbors in the community garden or selling baked goods to raise money for youth sports.

So entrenched is the word and sentiment in society, it was voted Norway’s word of the year in 2004.

You can learn more about typically Norwegian concepts in the hilariously illustrated book, The Social Guidebook to Norway.

Check out our complete guide to finding cheap flights to Europe, or get inspired with 25 ideas for the perfect Europe itinerary. 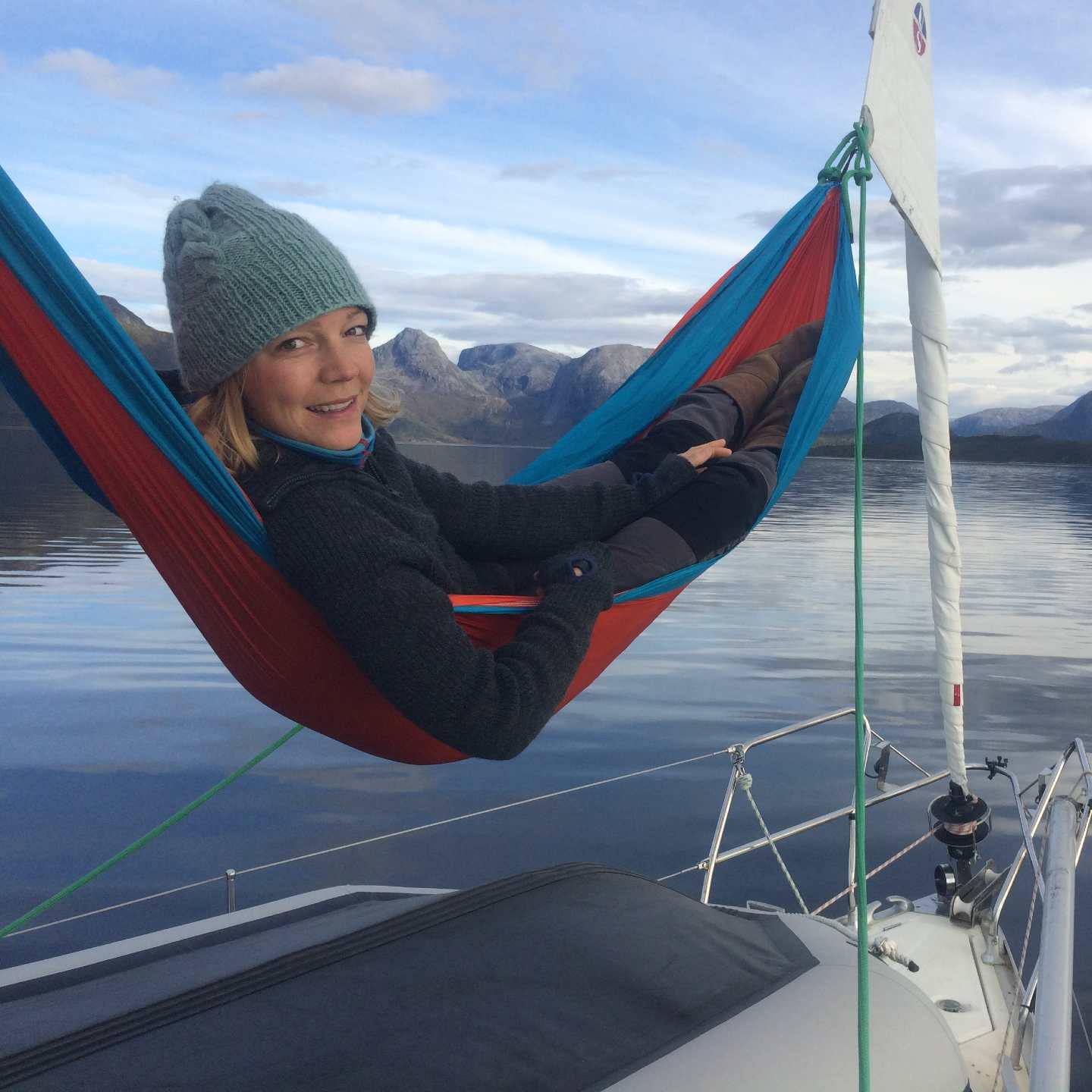 Terry fell in love with Norway on her first trip in 2010, and has been back more than 15 times since. She’s traveled nearly the entire Norwegian coastline aboard a friend’s sailboat and tried surfing under the midnight sun. Her Norwegian travels always start with a visit to friends in Oslo before heading out into the country’s hinterlands.