Oman: The Middle Eastern Country with 2,000 Miles of Coastline 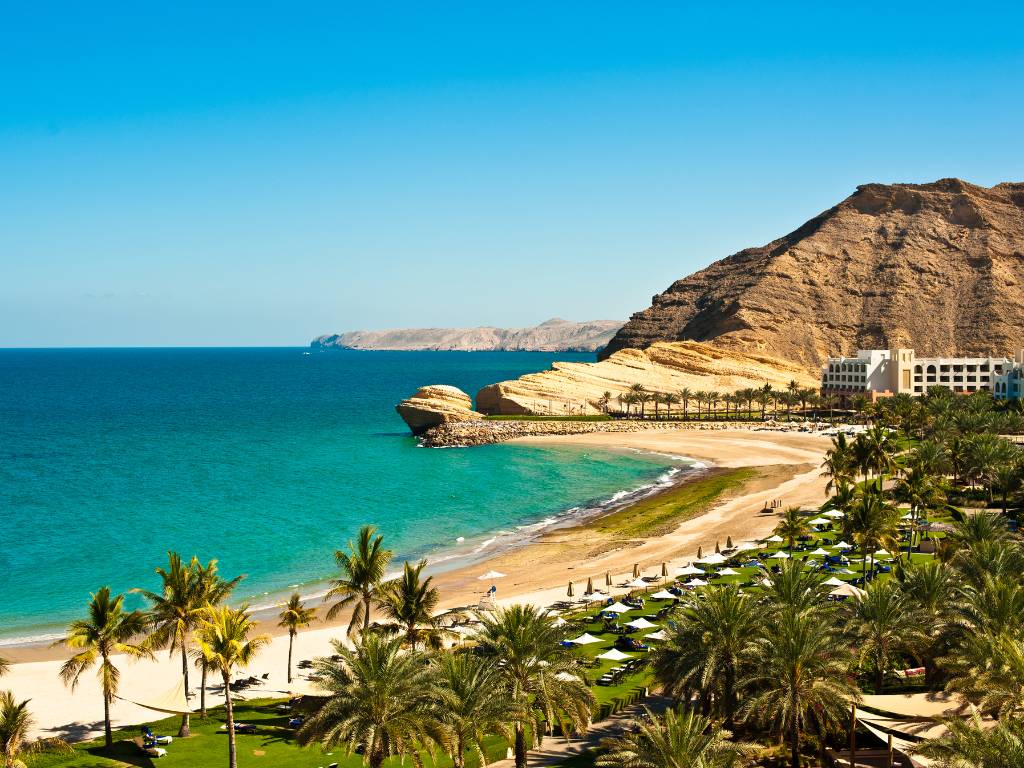 Situated on the southeastern coast of the Arabian Peninsula just south of the United Arab Emirates (UAE), Oman is known as the Pearl of Arabia due to its stunning coastline spanning nearly 2,000 miles and the fact that it is one of the safest countries in the region. Visitors can explore gorgeous beaches one day and then head 130 miles south of Muscat to Sharqiya Sands on the edge of the Ar Rub al’ Khali, the largest sand desert in the world. Oman has so many uncharted grounds just waiting to be discovered.

According to the Expat Insider survey of 2021 conducted by InterNations, Oman ranks 6th for the ease of settling in and 4th in the friendliness category. Locals and tourists alike can attest to the kindness that Omanis offer towards others.

Dating back 10,000 years, Oman is one of the oldest independent countries in the Arab world. It’s also one of the richest. Oman controlled Zanzibar and held influential power in the Persian Gulf during the 19th century due to strong ties with Britain, as well as controlling other territories. During the Dhofar rebellion of 1970, HM Sultan Qaboos bin Said overthrew his father during a coup at the palace. The rebellion continued until 1975, when the new sultan received financial support from the United Arab Emirates, Jordanian and Iranian troops, and British personnel and equipment.

Oman was one of six founding members of the Gulf Cooperation Council (GCC), which was established in 1981 to promote economic, political, and military cooperation among its members. The Sultanate has played an important role in securing transport and traffic throughout the Strait of Hormuz, as well as keeping the peace in the region after making border agreements with Saudi Arabia in 1990, Yemen in 1992, and the UAE in 1999.

HM Sultan Qaboos rapidly modernized Oman, using oil revenue to build roads, hospitals, and other infrastructure. Sultan Qaboos ruled Oman for almost 50 years, making him the longest-serving ruler in the Middle East. He passed away on January 10, 2020, and the following day his cousin, HM Haitham bin Tariq, was appointed his successor. Haitham bin Tariq had served in Qaboos’ cabinet and vowed to follow his predecessor’s policies of foreign rule.

The Switzerland of the Middle East

It was those policies that have helped Oman rank as one of the safest countries—not only in the Middle East, but in the world. In 2021, it was ranked #37 on the Global Peace Index, just below Spain and Uruguay. Oman has also been ranked one of the safest countries for expats to live over the last few years according to the annual Expat Insider Report by InterNations.

The country has never experienced a terrorist attack, and coupled with a foreign policy of neutrality, Oman has frequently been called the Switzerland of the Middle East.

That being said, the country doesn’t have a perfect record. While Oman is seen as more progressive than some countries in the Middle East, homosexuality is illegal and even advocating for LGBTQ+ rights is a crime.

Omani architecture reflects both the history and the environment of the country. Most urban buildings have a basic clean white exterior, which helps reflect the sun and keep the interior cool, while many of the buildings found in rural areas reflect the country’s late modernization and are still made from mud. Additionally, by royal decree, buildings can be no taller than 130 feet—a restriction that’s both for aesthetics (Oman eschews the glitz of the neighboring UAE) and practical, as the country’s small population doesn’t necessitate skyscrapers.

The design also follows three basic tenets of simplicity, moderation, and elegance, and an excellent example is the Royal Opera House Muscat (ROHM), a modern building that follows the traditions of Omani architecture. The exterior spans more than 860,000 square feet and features unique Omani desert rose limestone walls. The ROHM opened in 2011 and was a passion project of HM Sultan Qaboos in order to introduce international culture and performers to the country.

Traditional Omani food is influenced by a variety of cuisines including North African, Persian, and Indian due to Oman’s history of being invaded by the Persians and Portuguese during the 17th century. They brought bits of their culture with them to Oman. The food offers a fusion of flavorful herbs, spices, and marinades such as cumin, coriander, and cardamom.

Staple meals include rice, chicken, or lamb seasoned to perfection. The most popular dish in the country is traditional Omani shuwa, which is typically served for special occasions and holidays such as Eid al-Fitr.

The process of making shuwa includes a meat of choice—lamb, goat, or camel—and marinating it with an abundance of spices like coriander, nutmeg, and cumin. Then the meat is wrapped in palm or banana leaves and placed into an underground sand oven. It is cooked underground for 1-2 days and then feasted upon with family and friends as the meat literally falls off the bone.

The Land of Frankincense

Oman has been coined the Land of Frankincense due to its abundance of the resource in the region. Oman produces some of the world’s best frankincense, and from shopping malls to local’s homes, the smell of frankincense wafts through the air just about everywhere.

Frankincense is the gum resin removed from the Boswellia sacra tree but locally known as luban. It has been used in religious and spiritual rituals for thousands of years. It is used in Oman specifically for its pleasant scent and cleansing qualities.

The UNESCO World Heritage Site Land of Frankincense Trail, situated in the Dhofar region, is home to the famed frankincense trees and historic archeological sites. The trail demonstrates the trade of frankincense that thrived throughout the region for many centuries.

The Green Mountain and the Grand Canyon

Jebel Akhdar, also known as the Green Mountain, is located about two hours outside the city of Nizwa on the northern side of Oman. It’s part of the Al-Ḥajar Mountains, which soar 4,000 feet above sea level and stretch some 400 miles across the country and into the UAE.

Sprinkled across the Green Mountain are lush rice fields, date farms, and rose gardens where locally sourced rose water is made (some are open to visitors). To reach the top of the mountain range, tourists must arrive by 4X4 vehicles due to the high slopes and elevation.

On the other side of the same mountain range, Jebel Shams, called the Mountain of the Sun, is slightly easier to reach. The mountain overlooks Al Nakhur Canyon, known as the Grand Canyon of Arabia, as it's the deepest canyon in the Middle East—over 5,000 feet at its deepest.

The Celestial Bodies of Oman

Omani author Jokha AlHarthi was the winner of the Man Booker Prize in 2019 for her riveting stories about a village community in rural Oman in her book Celestial Bodies. She is the first woman Omani author to have her work translated into English.

Celestial Bodies, which translates to ‘women of the moon’ in Arabic, gives a glimpse into Omani society and the evolution of Oman through the lives of three sisters. It provides captivating insight into how the economic and social changes of the country since Oman gained its independence in 1970 was felt by the various generations of Omani society. It’s an awe-inspiring tale for anyone to read before venturing to Oman.

Traditional dress clothes in Oman are both functional and uphold the culture of modesty and respect in the region. Omani men wear ankle-length, crisp white gowns called dishdashas along with a fashionable cap called a kummah. The dishdashas are made with cotton for comfort and to keep cool. On occasion, typically for events and holidays such as Eid or Ramadan, some men wear a neatly wrapped turban called a mussar.

For Omani women, its customary to cover their heads out of respect for being Muslim. The lahaf covers the woman's head and neck, and is normally wrapped around their face (although in Oman, it is not mandatory for women to do so).

Most Omani women wear a simple black abaya (a loose, robe-like dress) which can be decorated with jewels or embroidery. For special occasions, some women wear the traditional three pieces known throughout the land which include the headscarf called lissu or fattah, a colorful dress similar to the dishdashas, and loose-fitting trousers called sirwal.

Oman allows visitors to drink alcohol in hotels and resorts. Upon entering the country, duty-free allows you to bring in at maximum two liters or two bottles for anyone over 21 years of age.

Fully vaccinated US citizens are allowed in Oman with proof of negative Covid test no older than 96 hours, and proof of insurance that covers Covid.

Thank you! Your submission has been received!
Oops! Something went wrong while submitting the form.
Last Updated
January 25, 2022 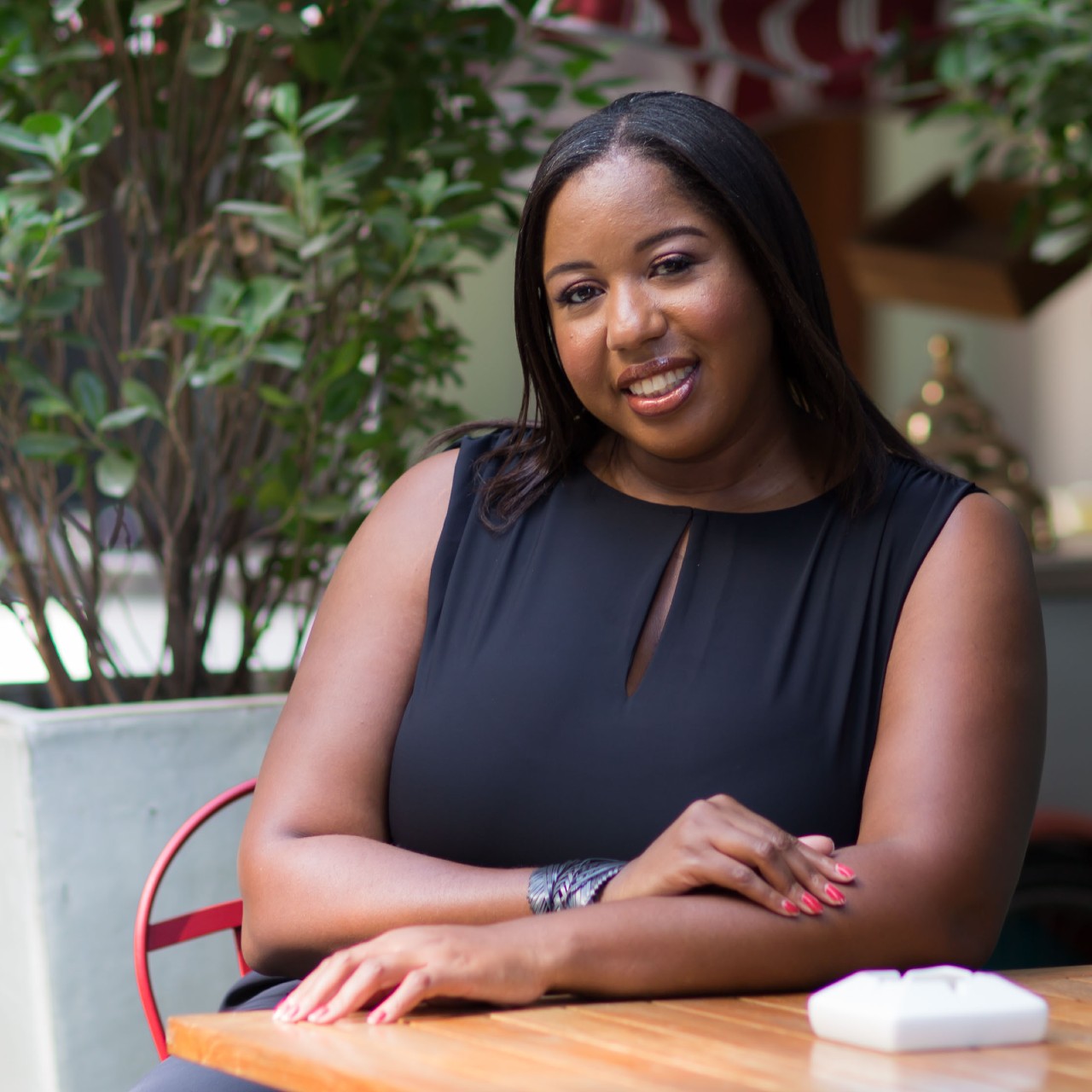 Nicole is an English Language teacher, travel blogger, author, and writer. She has traveled to over 40 countries and has lived in Oman for eight years. She has a zest for the expat lifestyle and a goal of inspiring others to travel and live abroad. She is the author of A Guide to Landing an English Teaching Job Abroad and the co-founder of the I Luv 2 Globe Trot travel site and community.