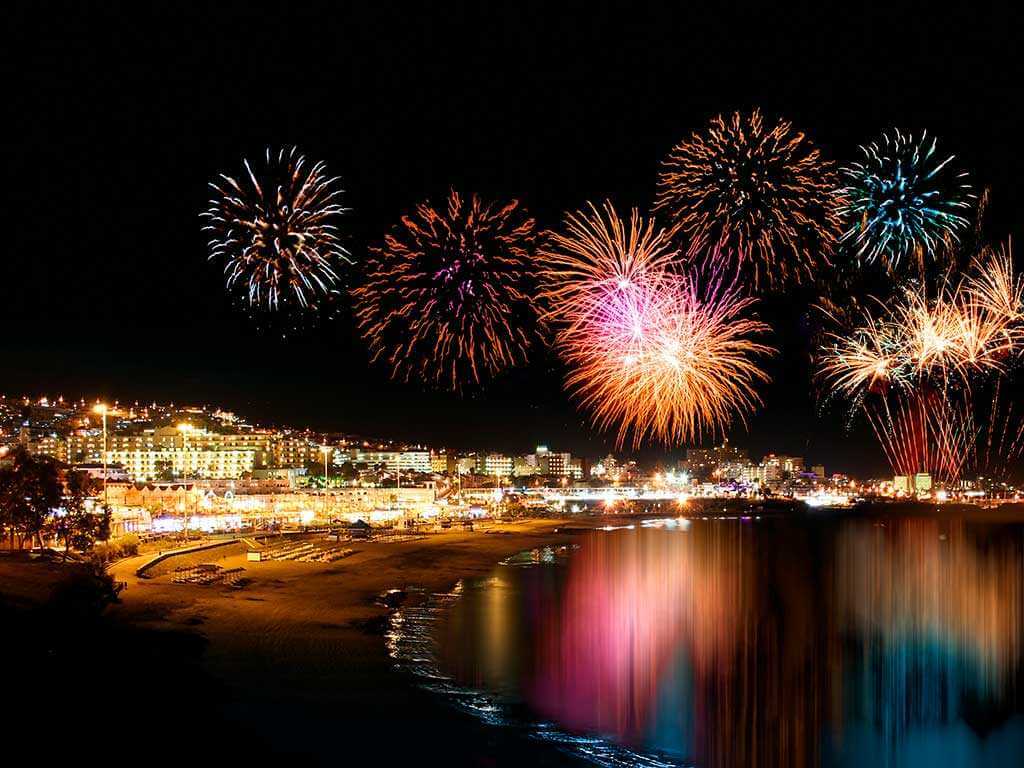 Along with Christmas flights, New Year’s is typically one of the most expensive times of year to fly, regardless of destination. That doesn't mean we never see deals (hello, $23 roundtrip to Puerto Rico!) but your odds are a bit lower if you're not on the ball.

Since we all love traveling during the winter holiday break—and nothing sours the winter cheer like expensive flights—here are essential tips to help you get the cheapest flight possible plus more tips for New Year's travel in 2022.

First, why are New Year’s flights so expensive?

In most years*, flights for New Year's are so expensive due to the simple laws of supply and demand: a lot of people want to fly, and airlines only have so many seats, so prices go up.

Specifically, the three-week period around Christmas and New Year’s is typically the most expensive time to fly all year. Typically starting around December 17th and lasting through January 7th or so.

When is the best time to book New Year’s flights?

Most airlines beginning selling tickets around one year (12 months) out from departure date. (Notable exception: Southwest Airlines, which only releases fares a few months out.) So next year’s New Year’s flights are going on sale just as December this year is ending.

Timing-wise, you should aim to book 5-10 months in advance of travel. That is far earlier than most other people book flights, so you have a better chance of getting the cheap seats.

Still, it's not a good idea to book just any old fare in February through July. When a particularly good fare pop ups up—and they’re most likely to during that period—that’s the ideal time to book.

In a typical year, the closer you get to New Year’s, especially within a few months, we wouldn’t anticipate getting anything resembling a “cheap” flight, unfortunately. Last-minute cheap flights or standby flights are virtually non-existent these days. At that point, limiting your losses is likely the best you can hope for.

>> Read more about the best time to book cheap flights

How much do New Year’s flights cost?

Of course, those are ideal (though not terribly uncommon) fares if you book in that February through July period. A good New Year’s fare booked in October would be over $800.

With all that in mind, if you’re still intent on flying somewhere over the holidays, here’s how you should approach finding cheap New Year’s flights.

How New Year's travel will be different in 2022

As mentioned, in most years your odds of finding a cheap flight for New Years drastically decrease by the fall. Not so this year. In recent months, we've seen a surprising number of deals on last-minute flights—particularly for international leisure destinations—and we think that will continue through the holidays.

The reason is that while travel numbers are way up compared to 2020 and 2021, they still aren't back at pre-pandemic levels. Over the summer, airlines began ramping back up but demand is still outpaced by supply on many routes. With lots of seats to fill, airlines are more willing to lower prices on flights that they typically wouldn't discount. And for travelers, that means great deals, even on flights over a typically expensive time of year.

We still recommend booking early for the best prices, but if you're just getting around to thinking about New Year's travel, 2022 might be the one year you can still nab an awesome deal relatively late in the game.

Also, don't ignore deals in premium cabins. Business travel still hasn't picked up to its pre-pandemic levels, and lately there have been some pretty phenomenal business class fares that don't cost much more than what you'd typically pay for a regularly priced economy seat. If you're already paying a premium to fly over New Year's you may as well do it in a premium seat, right?

Save money by choosing alternate airports

The more flexible you are with airports, the better your chances of getting a cheap flight. For example, fares may be $600 roundtrip from Milwaukee to Fort Lauderdale, but only $300 from Chicago to Miami. You can book that trip and then drive or take a taxi to fill in the gaps and still come out ahead on price.

Similarly, fares may be $1,000 from NYC to Paris, but just $500 NYC to London. You can switch your destination if you just want to get away, or you can easily hop from London to Paris and you'll still spend way less than the $1,000 it would have cost to fly directly there. We call this the Greek islands trick and have a whole guide about how to book this kind of flight.

>> Read more about how to find cheap flights

If you have flexible vacation time and keeping flights cheap is a priority, we’d strongly advise buying flights around New Year’s and traveling a different time of year. Even if you really want to travel in the winter, the end of November/beginning of December and January/February tend to be some of the least expensive periods for flights.

Even adjusting your dates by a day or two can sometimes make a difference. E.g. returning home on January 10th instead of 8th. Flying on New Year's itself can often be cheaper, too, so if you're not planning on celebrating but want an end-of-year trip nonetheless, look at flying to your destination on Christmas Day and flying home on New Year's Eve, or flying out on New Year's Eve and coming home after the first week of January.

Google Flights’ Explore Map shows you the cheapest places to travel from your home base over the specified date range you’d like to travel. If you're open to anywhere, you can see the cheapest options to spots all over the globe, or you can hone in on a specific region for your time period.

Arrive extra early. As with any peak travel time, you'll want to plan for long lines. If you're traveling internationally, you should also allow extra time for paperwork, like checking test results and vaccination records.

No, you can't bring fireworks on board. You can download the free MyTSA app to double check exactly what you can and can't bring.

Iceland: Yes, the days will be cold and short, but in return you have a chance to see the northern lights. And, New Year's Eve is the one time when fireworks are legal in Reykjavik and the whole city erupts in millions of colorful explosions for hours on end. There are also bonfires and a general feeling of a city-wide party all night long. (Read our travel guide to Iceland.)

Spain: Tapas hopping, bottles of cava. What's not to love about New Year's in Spain? Whether you head to a big city like Madrid or Barcelona or a smaller destination like San Sebastian or Valencia, you'll find a party.

Miami: Another party hotspot, Miami brings the heat with lively dance parties on and off the beach. Make sure you make reservations and/or buy tickets in advance as the best restaurants and parties book up quickly.

Santa Fe: If a wild party is the last thing on your mind, head to the peaceful town of Santa Fe. Spend your time gallery hopping, hiking, or hitting the local hot springs and start your new year with some blissful relaxation.

Dubai: It seems like everything in Dubai is aiming to be the biggest, tallest, newest, or fastest, and the New Year's celebration there is no exception with fireworks lit off around the city and parties at clubs, on yachts, and at the beaches. (Read our city guide to Dubai.)

Sign up for Scott's Cheap Flights and save up to 90% on flights.

Thank you! Your submission has been received!
Oops! Something went wrong while submitting the form.
Last Updated
July 6, 2022 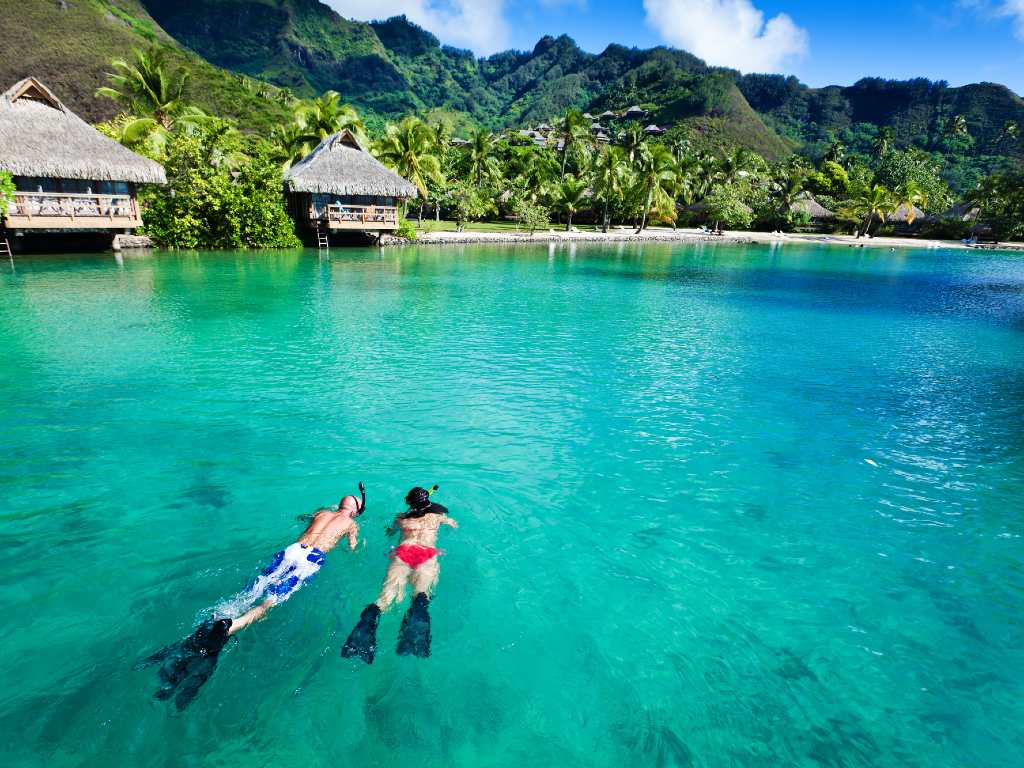 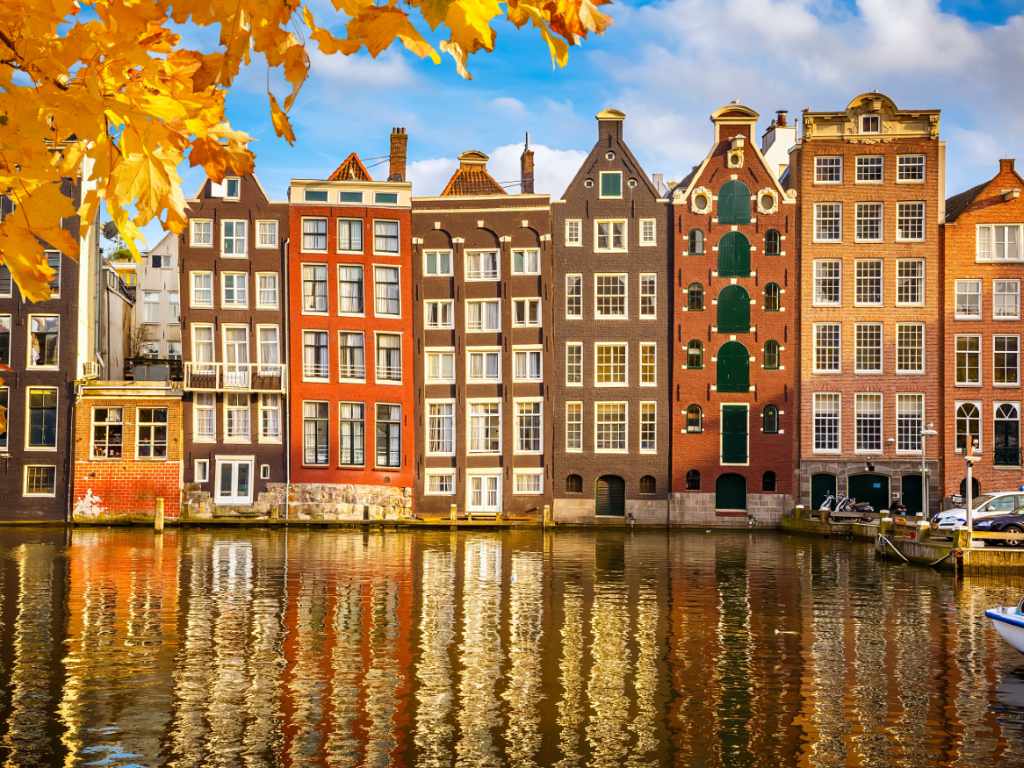