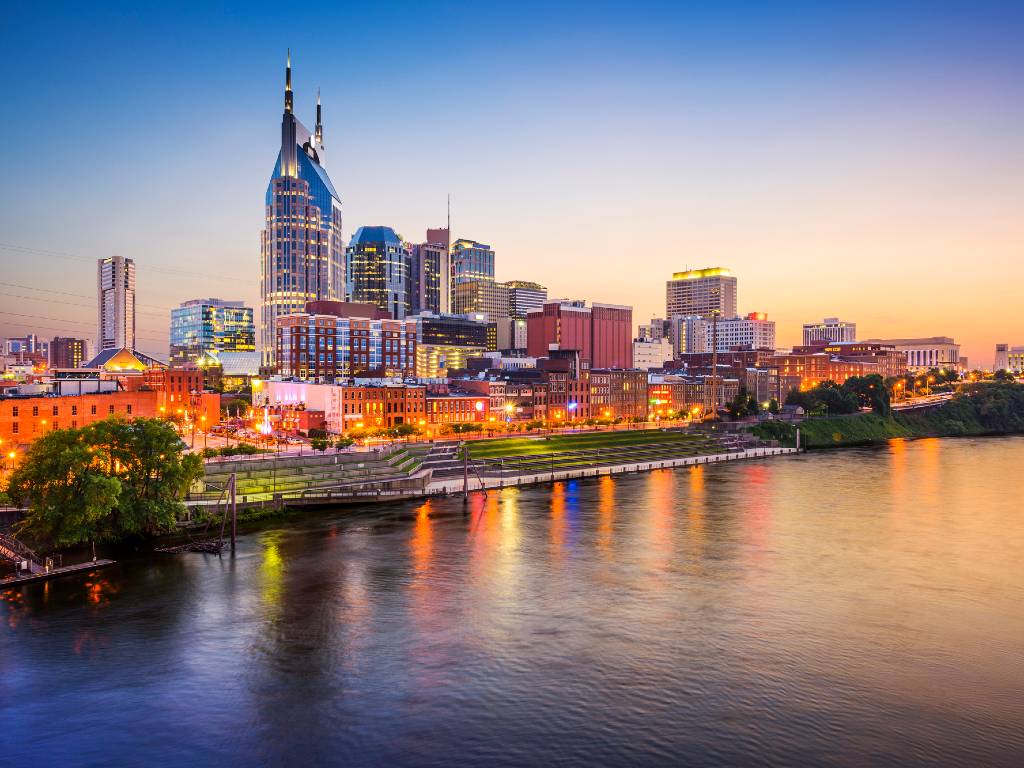 Growing up near Nashville, a few things were inevitable: You’d be raised on country music, log countless hours in the 56 state parks flanking the city, and spend many a weekend on the roller coasters at Opryland USA. You’d be less likely, though, to see a lot of tourists. For a long time, Nashville was home to many, but visited primarily by those making the pilgrimage to the Grand Ole Opry house.

Opryland USA may have shuttered in 1997 to make way for a mega-mall, but the turn of the millennium proved to be the start of a renaissance in Nashville. It brought with it a complete makeover of the once desolate downtown core, a booming musical presence that extends far beyond homegrown twang, and a globally celebrated culinary scene—all of which have now made Nashville one of the must-visit cities in the US.

The making of Music City

Nashville’s music scene dates back almost 150 years to 1871 with the establishment of the all-Black acapella group, Fisk Jubilee Singers, at Fisk University (a private historically black university). When the group went on a global tour and performed in front of dignitaries like Queen Victoria, they earned Nashville its moniker “Music City.”

Another musical milestone happened in 1892, when the Ryman Auditorium opened as the home for the Union Gospel Tabernacle. From 1943 to 1974, it was the home of the Grand Ole Opry, the country’s longest-running live radio show, which dates back to 1925. Each November, the Opry returns to the Ryman for a winter residency. The venue, with its incredible acoustics and soaring stained glass windows, is now widely referred to as “the Mother Church of Country Music.”

While Nashville may historically be known as the birthplace of country music—artists like Johnny Cash, Chet Atkins, and Waylon Jennings shaped the Nashville sound that developed in the mid-1900s—that’s hardly where its musical influences end.

Tennessee is actually home to blues, gospel, rock ‘n roll, bluegrass, soul, and rockabilly as well. More recently in the 2000s, internationally acclaimed artists like the Black Keys, the Kings of Leon, and Jack White’s Third Man Records relocated their bands and labels to Music City.

It’s easy to see why, too, as Nashville boasts more than 180 live music venues and a couple dozen music labels, from mom-and-pop operations to global conglomerates. On any given night, for example, you can drop by the Station Inn and see a mash-up of bluegrass, Americana, and traditional country by artists ranging from newcomers to Vince Gill.

Perhaps the biggest boom in travelers to Nashville during the last few years is the influx of art lovers flocking to the city’s urban core in search of street art. Renowned street artists like Guido van Helten, Risk, Herakut, and Jason Woodside have pieces in the city, as do notable Nashville muralists Mobē, Nathan Brown, Tara Aversa, Folek, Ty Christian, forBecks, and Kim Radford.

Murals dot just about every part of town these days, but for a dense concentration of some of the most diverse art around, drive down the Gallatin Pike corridor in East Nashville, then venture north to Jefferson Avenue. Norf Studios is leading the charge with impactful installations that shed light on issues the community faces while celebrating its culture.

Check out a map of the city’s best murals here.

“It’s going to be OK,” became the unofficial Nashville motto in 2010 after a flood decimated homes, businesses, music studios, and more, displacing 10,000 people and leaving parts of the city under 24 feet of water. The phrase came to exemplify Nashville’s resilience and spirit to come together and rebuild.

In March 2020, that strength of character was on full display once more when a devastating tornado ripped through parts of Nashville’s central core in the middle of the night and claimed the lives of 25 people. Two days later, long before the rubble had been cleared out and streets reopened, the first COVID-19 case was reported in Tennessee. Yet, restaurants, breweries, bars, and other small businesses lifted each other up and cleaned up the carnage together. (In December 2020, tragedy struck again when a bomber detonated a blast in downtown Nashville on Christmas Day, injuring three people and damaging dozens of buildings; the bomber died in the blast).

As a sign of better days ahead and a memorial to all affected by the March 2020 storm, as well as the East Nashville street art lost when the buildings crumbled to dust, muralist trio Mobē, Jason Galaz, and Milton Chavez painted a “Nashville Strong” mural right next to the main intersection in Five Points where the tornado touched down.

The story goes that a cheating man was responsible for the birth of Nashville hot chicken back in the 1930s; after being unfaithful to his wife, she dumped a heaping scoop of hot pepper on his chicken the next morning. And more than 90 years later, the trend is still on fire. In fact, it’s so popular now, you’ll see “Nashville hot chicken” on the menu in cities across the globe from Minneapolis to Melbourne.

The original Nashville hot chicken includes plenty of heat from the heaping tablespoons of cayenne pepper added to the batter that’s then fried up. Try it at the source, Prince’s Hot Chicken Shack, or at any of the half-dozen tourist hotspots like Hattie B’s (pro tip: order online for pick-up in advance to avoid lengthy lines) or Bolton’s Spicy Chicken & Fish. Order Hattie B’s from Goldbelly or try making your own Nashville hot chicken at home.

Getting in “good trouble”

Nashville, a frequent stop for the Freedom Riders, was at the center of the civil rights student movement in the 1950s and ‘60s.

The city’s Fisk University was the alma mater of late Congressman and civil rights leader John Lewis (who, many years later famously said, “Never, ever be afraid to make some noise and get in good trouble, necessary trouble.”) The Woolworth department store on 5th is the site where Lewis was first arrested in 1960 with a hundred others for participating in a non-violent sit-in.

While the store reopened as a restaurant in early 2018, you can still see the marks on the original dining room floor where the lunch counter was once mounted in the terrazzo.

Nashville was the first city in the South to integrate lunch counters. A short walk from the old Woolworths, the Witness Walls public art installation pays homage to the thousands of students who marched to the county courthouse and talked Mayor Ben West into doing so.

Tennessee’s culture is deep-rooted in the distilling industry, thanks to the limestone-filtered water that turns the state’s water into liquid gold (Jack Daniel's alone is a $3B a year industry for the state).

To make it easier for travelers to explore the state’s storied distilling history, the Tennessee Distillers Guild launched a 26-distillery state-wide Tennessee Whiskey Trail that spans more than 500 miles, from the western corner of Memphis to the eastern border in Bristol.

Four distilleries on the trail are in Nashville. The largest is Nelson’s Green Brier Distillery, born from a family legacy unearthed by Andy and Charlie Nelson more than a decade ago when they were traveling to the town of Greenbrier with their family.

Once the brothers learned that the rumors they’d heard much of their lives were indeed true—that their great-great-great-grandfather Charles Nelson had been a famed distiller back in the 1800s until Prohibition shuttered the distillery in 1909—they set out bringing the family business back. Today, Nelson’s Green Brier products, like the award-winning Belle Meade Bourbon, are distributed in all 50 states. You can also take a virtual tour of the distillery via Airbnb’s online experiences.

A taste of Kurdish culture

For more than 40 years, Kurds have been relocating to Nashville to escape war, genocide, and hardship in their native country—first escaping the Kurdish-Iraqi wars in the 1970s and later fleeing the wrath of Saddam Hussein during the Persian-Gulf War of the 1990s. Today, Middle Tennessee houses the largest Kurdish population in the United States.

More than 15,000 Kurds reside in Nashville, mostly in the southern part of the city, which has brought an international flair to the food scene thanks to such gems as Azadi International Food Market, a bakery and grocery with authentic offerings of halal meats, chicken, and more. Don’t miss the lamb pizza, fired up in the tandoori oven.

However, the city is most recently known on the pop culture scene for being the home of the eponymous TV show. The ABC series Nashville (2012-2018) that starred Hayden Panettiere and Connie Britton as rival country artists utilized notable locations all over town as filming sites, from the Country Music Hall of Fame to the Bluebird Café—and brought a whole new faction of travelers to the city to explore it for the first time.

To understand Nashville’s current sports fanaticism, you must first travel back to the 1990s. Though youth and college sports are the lifeblood of so many Southern communities, for decades, Nashville had no pro team to call its own—nor did the entire state of Tennessee for that matter. In 1997, that all changed when the Houston Oilers football team relocated to Memphis, then to Nashville the following year, eventually changing their name to the Titans.

In 1998, the Predators NHL team arrived on the scene and introduced the state to the concept of “fang fingers”—think of Joey Tribbiani comically learning how to use quotation marks and you’ve pretty much nailed it—and birthed an instant fandom thanks to their prime arena location in the heart of downtown at Bridgestone Arena. In 2017, the Preds were Stanley Cup finalists.

This year, a month before the Covid-19 pandemic hit, Nashville SC—the city’s first MLS team—kicked off its inaugural season and made the playoffs, something only six first-year expansion teams have done in MLS history.

Pickin’ in the parks

In mild weather, Nashvillians flock to the outdoors, from restaurant patios to the massive Centennial Park that serves as the city’s outdoor epicenter (and houses a full-scale replica of the Parthenon). Most importantly, when Nashvillians congregate in green spaces, they often come with instruments in hand and start a rousing round of community picking.

In normal years (sorry, 2020), Full Moon Pickin’ Parties are held monthly on the Friday of each full moon from June to October, at the Percy Warner Park Equestrian Center. Musicians Corner is a long-held, multi-genre series at Centennial Park that takes place every weekend in warmer months. It’s safe to say, if the weather holds, the locals will take to the parks, instruments in hand, and give whoever is nearby a free show.

Read our guide to the best under-rated destinations in the US and join Scott's Cheap Flights to get the cheapest flights to anywhere in the world.

Thank you! Your submission has been received!
Oops! Something went wrong while submitting the form.
Last Updated
March 7, 2021 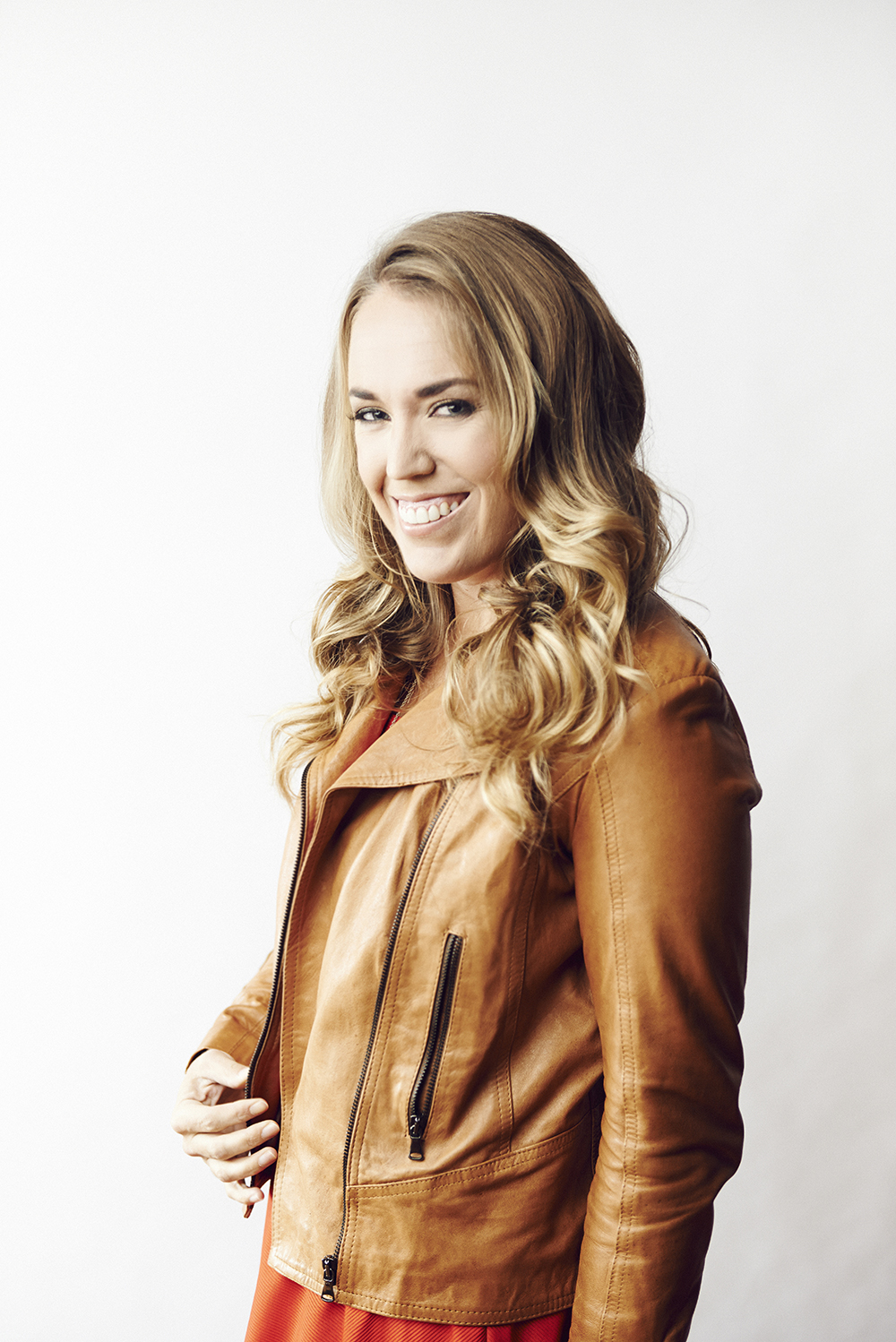 Kristin Luna is a Tennessee native who has spent the last two decades writing features for publications like Travel + Leisure, Conde Nast Traveler, Parade, Southern Living, AFAR and Forbes. She also documents her travels, both domestic and abroad, via her 13-year-old blog Camels & Chocolate, and when she’s home in the South, is likely seeking out her next favorite bourbon.