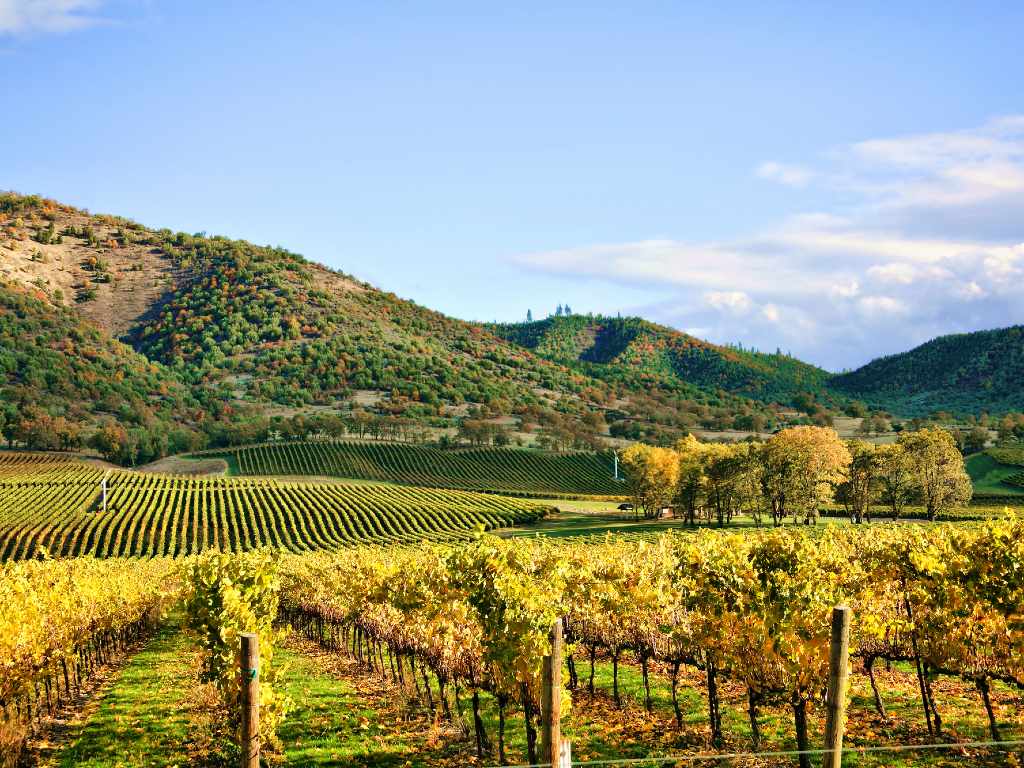 The most famous wine region in the US

The most famous wine region in North America, Napa Valley produces wines that rival those from the Old World’s most revered regions—but that’s not all it has going for it. This 30-mile stretch of Northern California has also proven to be one of the most beautiful to visit, with year-round sunshine and pleasing temps.

Notoriety has shaped Napa Valley into a charming, world-class destination for not just wine, but food, luxurious lodging, and R&R, too. The downside is that  it’s naturally created some flaws as well: crowds (upwards of three million people visit a year), traffic up and down Napa’s two-lane highways, and a hefty price tag for hotels, dining, and wine. Nonetheless, if you’re a lover of wine, food, and idyllic views, this region cannot be missed. When it comes to bucket list wine destinations, Napa Valley is up there with the likes of Bordeaux, Burgundy, and Champagne.

The upset that shocked the wine world

If you’ve seen the 2008 movie Bottle Shock, you know the gist of the story it’s loosely based on: a historic blind wine tasting that took place in 1976, famously known as the Judgment of Paris.

Organized by British wine merchant Steven Spurrier, the tasting featured wines from France and Napa Valley. A panel of French judges scored the wines blind (meaning, they couldn’t look at the bottle to see where it was from) and in the end, Napa wines scored the highest in both the red and white category.

The French, as one can imagine, were horrified, but it was a momentous victory for the US wine industry and officially put Napa Valley wine on the global stage.

A destination for all seasons

Thanks to its mild, Mediterranean climate and an average of 260 days of sunshine a year, Napa Valley is truly a four-season destination. Summers are typically dry and hot, exceeding 100°F a handful of days, and at its coldest, Napa Valley nighttime temps can drop to the 30s, yet rarely fall below 50°F during the day.

Harvest season (August-October) has long been touted as the best time of year to visit. The smell of fermenting grapes permeates the air and harvest offers the chance to experience the not-so-glamorous winemaking process firsthand—plus stomp grapes and attend lavish parties—but recent fire and smoke events during this time of year have kept some visitors away.

As recently as 30 years ago, Napa Valley still felt like a sleepy farming town. Long before grapevines took over what seems like every corner of open space, that very dirt was mostly planted to fruit and nut trees (especially prunes), which continued to dominate the land throughout the devastating phylloxera outbreak that killed 80% of the region’s grapevines in the late 1800s, and later, Prohibition.

Agriculture is such a dominant part of Napa Valley’s identity that the region was the first in the country to establish an agricultural preserve. For more than 50 years, the Napa Valley Agricultural Preserve has protected the farmland from development.

While Napa Valley is pretty much a monoculture today, peddling wine grapes and wine grapes only, its farming roots live on in multi-generational farming families, country back roads, and bucolic celebrations, like the Calistoga Lighted Tractor Parade that takes place every December.

Engineering marvel or portal to another dimension?

Napa Valley’s Glory Hole (officially known as the Morning Glory Spillway) looks like an otherworldly portal to another dimension, but it’s actually a spillway in the middle of Lake Berryessa that drains water when the Monticello Dam reaches capacity.

When activated, water spills over the lip of a large hole and into a creek hundreds of feet below, creating a seriously enchanting phenomenon that draws crowds from all over the Bay Area.

Your best shot at experiencing it is in the late winter or early spring, but it’s a rare occurrence that requires heavy rains and water levels that rise above 440 feet. It’s happened just 26 times in 60 years.

Napa is undeniably quite high-brow these days, but up until the 1930s, it was said to have the biggest red light district in California for a town of its size.

At its height, there were more than 20 brothels in downtown Napa, but these days, Napa Valley is pretty sleepy. There isn’t much of a nightlife, sans a few remaining dive bars attempting to keep a sliver of Napa’s salacious past alive. The most famous one, Pancha’s, even allows patrons to—gasp!—smoke indoors.

There’s no better place to  soak up breathtaking views of Napa Valley than from a hot air balloon. Depending on the time of year, you’ll be wowed by a carpet of vibrant colors, from green to yellow to autumnal hues that reveal themselves as the sun rises.

A newspaper article from 1873 reported that Napa’s first hot air balloon ride ended in a dramatic, non-fatal crash. It was several decades until the first successful flight (in 1960), and since then, Napa Valley has been one of the top destinations in the country for this special bird’s-eye experience.

Culminating in a Champagne toast, balloon rides can be booked year-round thanks to the favorable climate. On any given morning, the sky is dotted with dozens of balloons floating as high as 3,000 feet. Inclement weather can cancel rides on occasion, so to be safe, book your hot air balloon ride for the beginning of your trip so you can reschedule on the remaining days if necessary.

It’s hard to believe today that a Condé Nast article once coined Napa Valley as a culinary desert. This small valley is now home to an impressive six Michelin-starred restaurants and has lured the talents of famous chefs—like Thomas Keller, Masaharu Morimoto, Charlie Palmer, and Cindy Pawlcyn—to wine country.

Many of these visiting chefs decided to make Napa Valley their home and open up their own restaurants (like Keller with The French Laundry, Bouchon Bistro, Ad Hoc + Addendum, and La Calenda) and in a telling nod to what had been brewing in Napa Valley, the Culinary Institute of America chose the region for its second campus in 1995. In 2016, the CIA opened a second Napa Valley location, Copia, which offers food and wine classes to visitors.

While it’d be a stretch to recreate a Michelin-starred meal at home, you can get a taste of Napa at home with The French Laundry cookbook, Charlie Palmer’s American Fare cookbook, Mustards Grill Cookbook, or by trying your hand making Thomas Keller’s famous lemon-brined fried chicken.

Napa Valley is an official wine AVA (American Viticulture Area) and was the first established in California in 1981. But if you’ve ever noticed something different on the label of a Napa wine—say, Stag’s Leap or Carneros—that's because the region is split into 16 smaller and distinct sub-AVAs.

Each sub-AVA has a unique terroir, which is just a fancy wine word that sums up a region’s diverse climate, soils, topography, etc. Terroir determines which grape varieties thrive in a particular region and affects the flavors, aromas, and structure of wine. So, a cabernet sauvignon from Calistoga can actually taste quite different and nuanced from a cabernet from St. Helena, despite the fact that the two sub-AVAs are neighbors.

Long before visitors started riding the iconic (yet touristy and arguably overpriced) Napa Wine Train, the tracks that run through the valley were used to transport wealthy 19th-century vacationers from the Bay Area to Calistoga, Napa Valley’s northernmost destination.

Here, they would soak their stresses away in the healing waters of the town’s natural hot springs, which were first discovered by the Wappo tribe more than 500 years ago.

Calistoga pioneer Samuel Brannan saw the potential to transform the sleepy town into the West Coast version of New York’s famous Saratoga Springs (the name Calistoga came from Brannan mangling the statement that it would become the Saratoga of California—which came out as the “Calistoga of Sarafornia”).

Several of the original resorts are still in operation today. Plunging into a volcanic ash mud bath is a Calistoga right of passage (albeit sometimes slightly disconcerting one—it is hot mud, after all). While many resorts continue to offer the traditional treatment, some local spas have thankfully modernized it, making it a lot less hot and stinky and a lot more pleasant.

Hiking where the wine is bottled poetry

The book was inspired by Stevenson’s unconventional, two-month honeymoon in 1880 at an abandoned mining camp on Mount Saint Helena in the Mayacamas Mountains. Today, this area north of the town of Calistoga is known as Robert Louis Stevenson State Park, where hikers can explore the rugged, volcanic terrain that Stevenson details in his book and visit the site where the honeymoon cabin once stood. The most popular destination here is the Table Rock overlook, but hikers can continue on to the dramatic Palisades, meandering through a labyrinth along the way. Alternatively, there’s an ambitious, 10-mile roundtrip trek to the top of Mount Saint Helena.

Since 2014, Napa Valley can’t seem to catch a break from natural disasters, starting with a 6.0 magnitude earthquake that damaged more than 2000 buildings, which was the largest to rock the San Francisco Bay Area since the 1989 Loma Prieta earthquake.

Then in 2017, a series of wildfires that ravaged both Napa and Sonoma were the worst on record, that is, until 2020. In September, adding to the strain of the global pandemic, the Glass Fire blew through Napa Valley, reducing hundreds of homes to rubble and damaging or destroying dozens of wineries and resorts.

But just like in 2014 and 2017, the Napa Valley community has come together to recover and rebuild and welcome visitors once again to clear skies and fresh air. If you can't visit yet, the best way to help is to buy wine from your favorite Napa wineries and to donate to relief efforts that will help wildfire victims, like the Napa Valley Community Foundation and California Community Foundation.

Read our guide to San Francisco and join Scott's Cheap Flights to find amazing deals to destinations in the US and around the world. 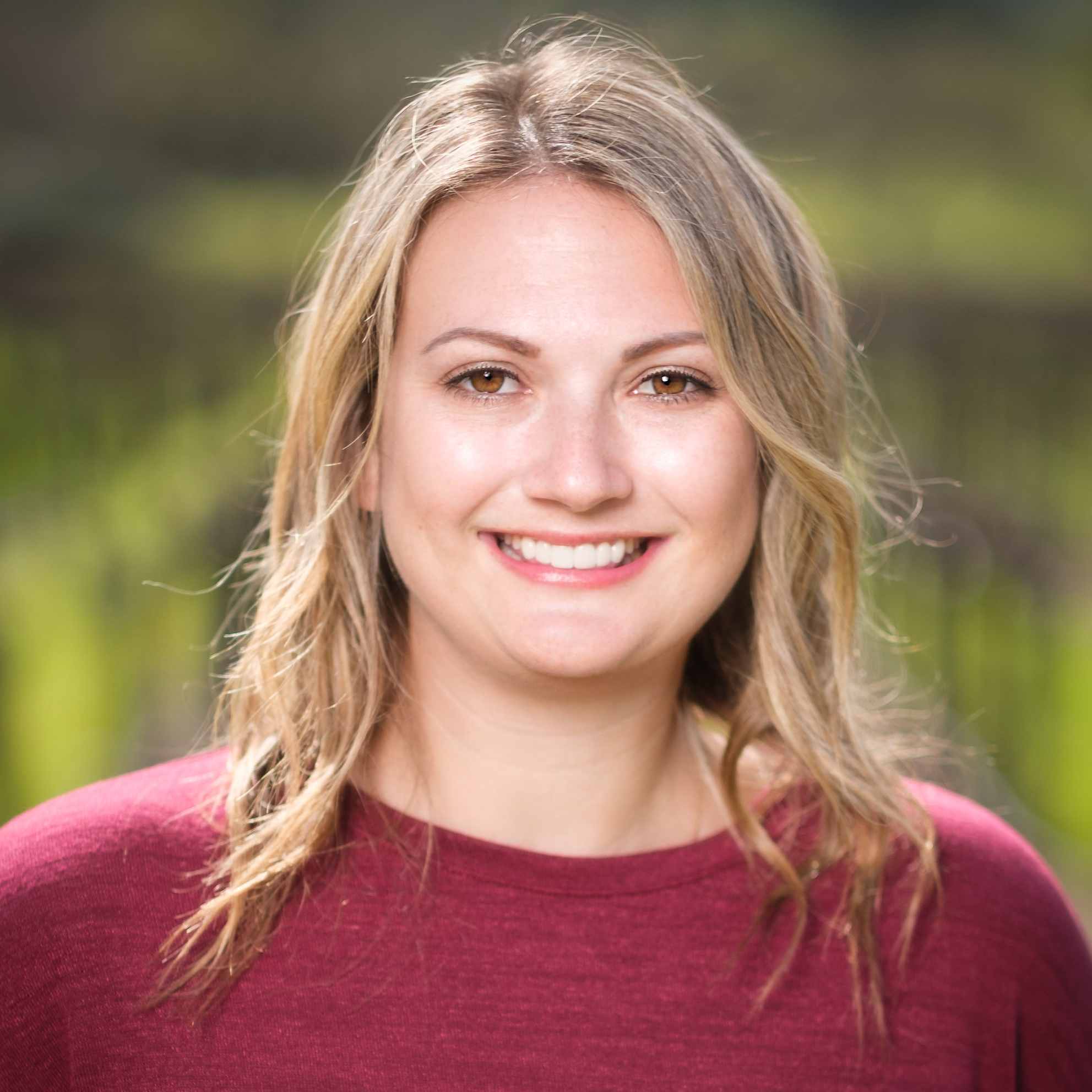 Jess is a wine, food, and travel writer based in Napa Valley, where she has spent the past decade drinking all the wine and eating all the things. Jess’ work has appeared in publications such as Wine Enthusiast, Decanter, VinePair, the San Francisco Chronicle, Afar, and more. Follow along on her indulgences on Instagram at @willwrite4wine.