Nairobi: The African Capital Where Wildlife Roams Just Outside the City 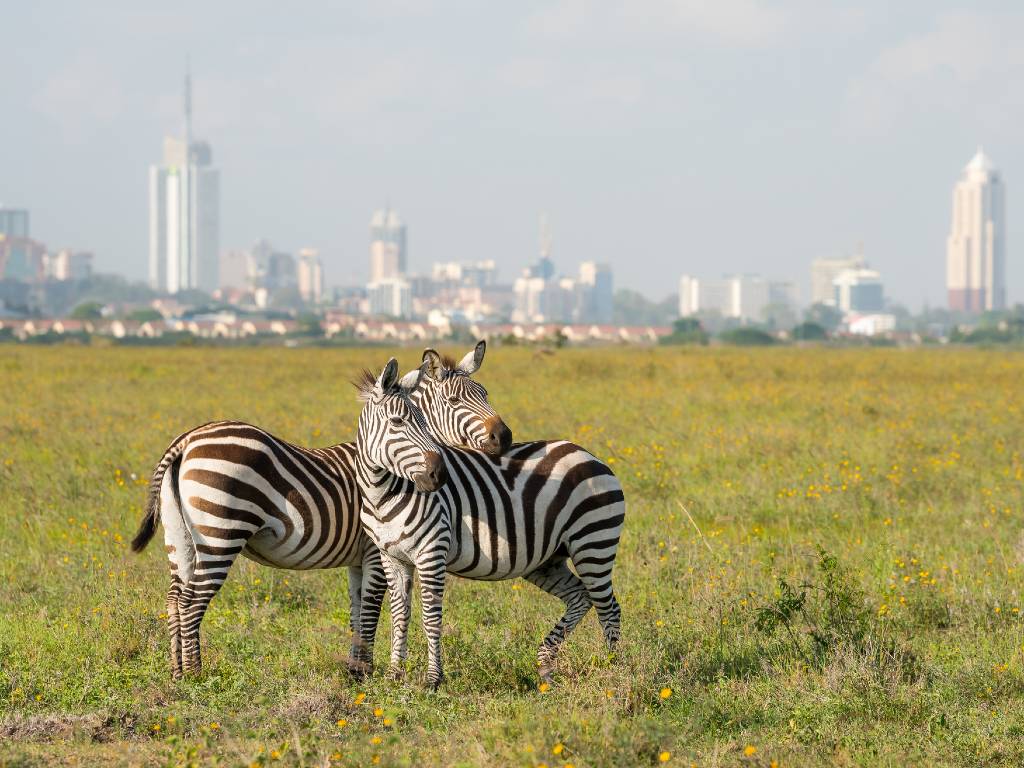 The “Green City in the Sun”

Known as the Green City in the Sun, the Silicon Savannah, and even NairoBAE to locals, Kenya's capital is in many ways the gateway to East and Central Africa.

Though it’s long been overlooked as an inevitable airport stop on the way to explore other parts of Kenya, Nairobi is a vibrant, inspiring city where modern art and design coexist with traditional crafts, and indigenous wildlife roams just a few miles from the city center.

A well-educated population and a lack of some existing infrastructure (which can result in lower costs and leaves a lot of room for opportunities) have made Nairobi a major hub for technological innovation and nearly 150 of the continent’s most promising startups. Coworking spaces and coffee shops dot the city, with reliable and affordable internet access and networks of professionals and founders in several fields, not just tech.

A considerable chunk of these startup companies, however, are not Kenyan-owned. Funding is still disproportionately awarded to American expats vs. local founders, which has brought about issues of gentrification in some parts of the city. When visiting, it’s important to patronize Kenyan-owned businesses and accommodations (and for those investing, to prioritize support for startups run by locals).

Permanent and weekly open-air markets with jewelry, paintings, handmade furniture, and other handicrafts thrive across the city. The vendors who work these markets are part of an industry known as Jua Kali, which collectively employs about 500,000 people.

The phrase jua kali translates to ‘fierce sun’ in Kiswahili, for the hustlers of the city who set up shop wherever they can, often working out in the open.

Top shopping spots in the city include the Maasai markets at various shopping malls—the best one is on Saturdays at the Nairobi Law Courts parking in the city center. The artisans whose stalls line Ngong Road between the Junction shopping center and Karen area are among the best options for furniture, both ready-made and custom to order.

Art on the road

Matatus (minibuses that serve as public transport) are an iconic part of Nairobi life, but these aren’t just any buses. They move people to and from all corners of Nairobi day and night and are known for their vibrant, expert graffiti featuring musicians, actors, sports heroes, quotes, and scriptures. The vibe is completed by booming music and sometimes even screens with movies and music videos playing inside.

Although the government does provide a few bus services, these privately-owned vans rose to popularity in the 1960s and ‘70s as local business people rebelled against the colonial Kenya Bus Service company. Their flamboyance and occasional flouting of traffic rules aside, the city would barely run without matutus (and hardly does in the event of a strike!).

Images of Maasai and Samburu people sporting layers of colorful beaded jewelry are common emblems of Kenya, but the country’s mastery in adornment goes even further than that.

Time-mastered traditions in bone, bronze, dark woods, and even feathers and grasses, make Kenyan jewelry designers some of the very best on the continent. Where many countries have a national dress, attire, or popular fabric, most cultures in Kenya have historically placed more importance on craftsmanship in adornment, from ceremonial headdresses to beaded corsets and other accessories to represent different stages in life or positions in society.

Add to that the number of gemstones available in the region, like tsavorite and ruby, and you're spoiled for choice on jewelry and other accessories for all budgets. You can browse work from designers like Brian Kivuti and Adele Dejak or boutique stores like Ichyulu.

Built on rainforest and savannah, Nairobi’s urban landscape has remained surrounded by greenery even as the city has grown. Much of that is because of Wangari Maathai, an environmental and political activist, and the first African woman (and first environmentalist) to be awarded the Nobel Peace Prize.

Maathai left her mark on the city as her organization, the Green Belt Movement, works to keep many green spaces from being built up as malls and parking lots.

Anywhere in the city, it’s easy to enjoy these parks and forests. For example, sprawling over more than 2,600 acres, Karura Forest is just a half-hour away from the middle of Nairobi and contains indigenous vegetation, streams, waterfalls, and even caves used by the Mau Mau movement as hideouts in the fight for independence from British rule in the 1950s and ‘60s. And Uhuru Park, right at the edge of the Central Business District, has a man-made lake complete with paddleboats and fish.

The Kenyatta International Convention Centre (KICC) is a highlight and icon of the city's skyline. While it is, first and foremost, a conference and events center, anyone can pay for access to the helipad at the top to enjoy a picnic or just take in the 360-degree views.

At its time of completion in the 1970’s, the tower’s 28 floors made it the highest building in Nairobi and to date, it retains its position as one of the city’s tallest buildings.

The building caused waves even more recently though, when one of the architects of the building, David Mutiso, claimed the design was inspired by the penis of a donkey. (It’s still unconfirmed if that was a joke, but social media is running with it.)

Kiswahili (the native name of Swahili) is an official language of Kenya and sheng is its slang, which, along with other Kenyan-isms and Nairobi-isms, is ever-evolving.

Browse Peperuka to see local phrases on t-shirts, mugs, neck pillows, stickers, and more. Hits include “Me I love Nairobi,” “Hii zoom ingekuwa email,” (“this Zoom could have been an email”) and “Niko kwa jam, nacome” (I’m stuck in traffic, I’m on my way”).

The cure for what ails you

Claimed to be created at The Carnivore restaurant, the Dawa has become Nairobi’s signature drink. The name means medicine in Swahili, though it technically has no medicinal properties. Made with vodka, honey, lime, and sugar, it can now be found at bars all over the city and throughout Kenya. Get the recipe here.

Another popular option is Tusker, which has been the nation's beer of choice for a century. Named in honor of the founder (who was killed hunting an elephant), it’s best enjoyed baridi (cold) and on a rooftop bar with sweeping views of the city skyline or hills.

Music collectives like the #NuNairobi crew and genres like Gengetone (which blends rap with reggaeton and dancehall) rule the airwaves in Kenya.

These millennial artists grew up on Kenyan Genge (or sheng rap), American R&B and rock, and Tanzania's Bongo Flava. Now they are embracing the country's golden oldies in new ways, incorporating live instrumentation and electronic sounds.

Collaboration and creative community is the name of the game and it's paying off beautifully for those involved, from features on TV and movie soundtracks (including Just a Band on the TV show Sense8 and several artists on Rafiki, a Kenyan film) to international awards and tours. Some collectives carry this on beyond music to film, VR experiences, and comics, like The Nest Collective have done for years.

Stream music by Xenia Manasseh, Matata, Karun, H_art the Band, and more on Mdundo.com and find your favorites on social media.

Kenyan history in person and online

Nairobi is home to a number of museums that highlight the histories of Kenya’s 70+ cultural groups, visual arts, human and animal history in East Africa, and more.

The Nairobi Railway Museum tells the story of the 660-mile East African railway and its construction in the late 1800s (complete with stories of man-eating lions in what is today Tsavo East National Park). Artifacts on display include passenger carriages and old signs.

Wanuri Kahiu was the first Kenyan director to have a premiere at the Cannes Film Festival. Her 2018 feature film Rafiki, the story of a romance between two teen girls, received a 10-minute standing ovation.

Unfortunately, the film remains banned in Kenya where gay marriage and same-sex relationships are currently illegal. Kahiu has appealed this decision by the Kenya Film Classification Board and the entire issue sparked debates across the country about homophobia. It’s also brought about widespread discussion of what constitutes ‘unAfrican’ vs ‘African’, considering Christianity and homophobia were introduced by colonialism across most of the continent.

The “Big Five” in the big city

Nairobi is one of the only capital cities in the world with a national park and (and the only with a wildlife reserve) so close to the city—Nairobi National Park is less than 30 minutes from the center of town.

That means you can see animals like zebras, giraffes, buffalo, lions, and rhinos roaming over sprawling grasslands and the rich, colorful sunsets of the savannah—but with a city skyline in the background for some extra pizzazz.

There are over 100 mammals and 400+ bird species to observe either self-driving or on a tour, and guests are able to picnic and camp at several designated sites or even stay the night at a number of tented camps and safari lodges. From home, you can take a peek at the park and its views on YouTube.

Thank you! Your submission has been received!
Oops! Something went wrong while submitting the form.
Last Updated
February 24, 2021 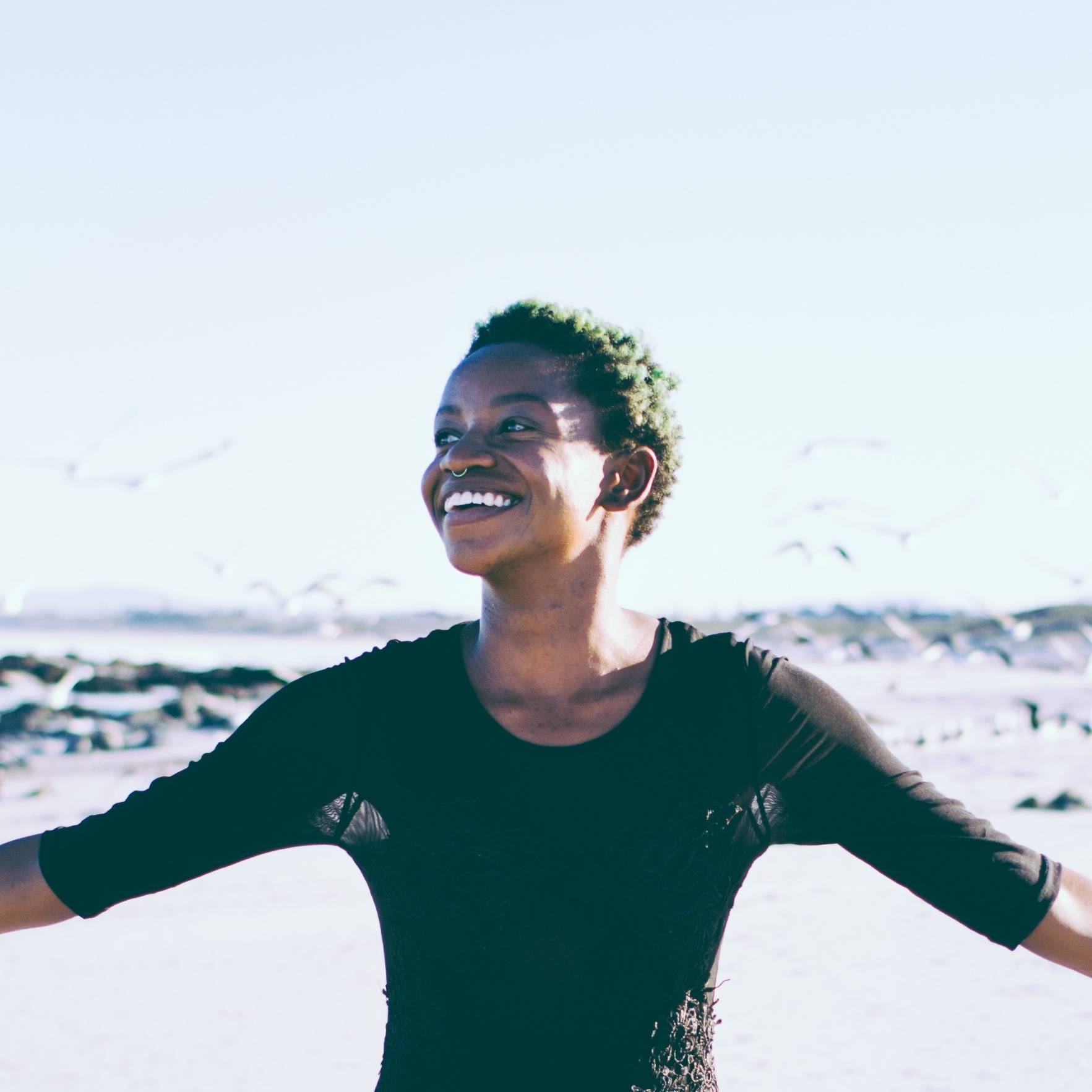 Julie is a nomad, writer, and architecture graduate born and bred in Nairobi. She's currently pursuing a nomadic lifestyle, spending her time making digital content on YouTube and her blog FrameAmbition.com as well as writing as a freelancer. You’ll probably find her dancing, on a train journey, or in search of a beach—all the while advocating for the decolonization of travel in the Global South.