Mumbai: The Indian Metropolis Where Bollywood Was Born 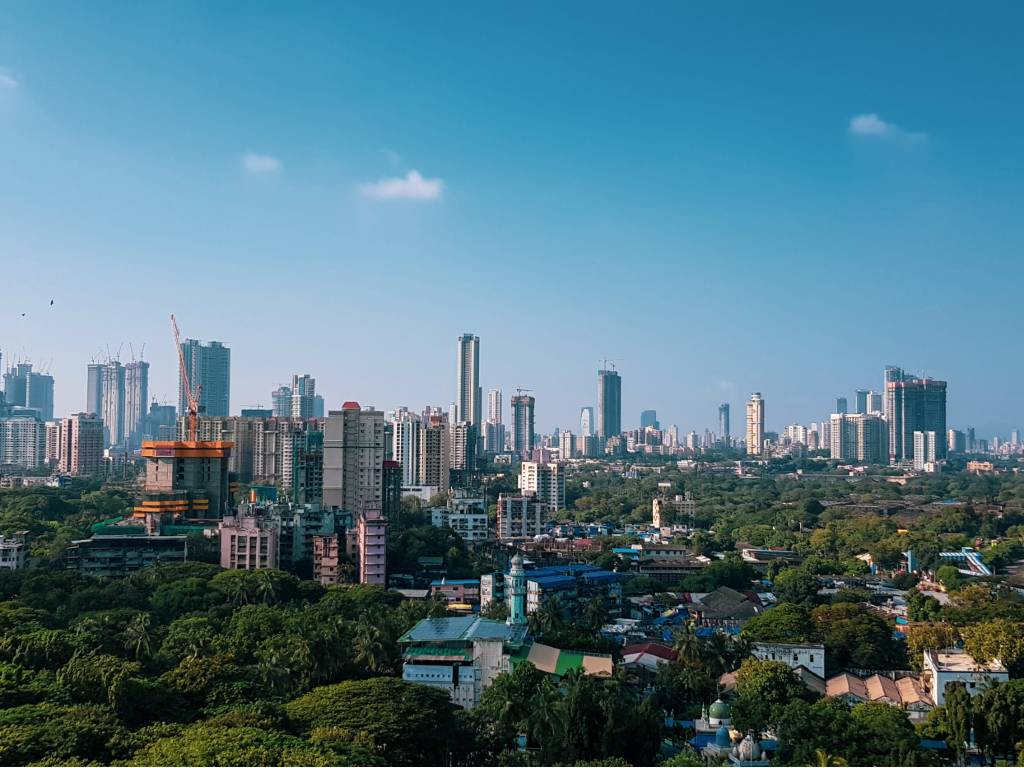 A kaleidoscope of contrasts and color

Dubbed the “City of Dreams” thanks to its endless opportunities, Mumbai is the richest city in India and the center of the country’s financial and film industries. It’s a microcosm of India and yet it is something entirely new: chaotic, colorful, and jam-packed with people from all over the country and the world.

Originally a small fishing community, today it’s a city of more than 20 million people, where the dichotomy of India is on full display. Million-dollar apartments look onto slums, while street vendors and hawkers operate mere yards from fancy hotels.

Between its beaches, skyline, food, and people, though, it’s impossible to not fall in love with Mumbai. There is a story on every inch of pavement, every stretch of sky, and whatever falls between them. As the saying goes, “Once you have lived in Mumbai, no other city is good enough.”

If you’ve heard of Bollywood, India’s largest film industry, you’ll know that its name is derived from a combination of Hollywood and, as Mumbai was once known: Bombay.

In 1995, the government renamed Bombay to Mumbai after Mumba devi, the patron goddess of the city, who was worshiped by its first inhabitants, the Koli people.

Although most old-time Mumbaikars still alternate between calling it Bombay and Mumbai, one thing is certain: beyond Bollywood, the city offers opportunities like no other in India. As of last year, Mumbai generates one-third of India’s tax income and has a total of 38 billionaires at last count (that’s more than San Francisco and Singapore). And yes, Bollywood remains one of the top industries in the city.

Marine Drive is the city’s curved seaside thoroughfare. As you drive past in an iconic kaali peeli, a black (kaali) and yellow (peeli) taxi, the skyline (or lack of) is visible. But where you’d expect to see glass skyscrapers, you see five- or six-story art deco buildings—the second largest collection of them globally (after Miami).

Art deco, the style of architecture that became popular in France in the roaring ‘20s, made its way to colonial Bombay, then part of the British Empire. Mumbai was also a speck of a jazz hub around the same time. While art deco buildings were coming up between the ‘20s and ‘40s, incorporating Indian features into their facades, gin and champagne were flowing, and the affluent class of British colonial Bombay was enjoying the start of a jazz age that would impact Hindi music till the 1960s.

Naresh Fernandes, the author of Taj Mahal Foxtrot, documents this and more in his book, and even touches on the blip in musical history that was “Bombay speed,” a significantly slower alternative to “Paris speed” (the fastest of the dancing jazzes of the day) to suit the hot, humid city.

The modern metropolis of Mumbai was once an archipelago of seven islands. The indigenous fishing communities who lived there saw several major, as well as minor, invaders and settlers (the Maurya, Khalji, and Mughal, to name a few) before the arrival of the Portuguese, one of India’s earliest European colonizers who ruled from 1534 to 1661.

The Portuguese named the group of islands the Seven Islands of Bombay. The name Bombay also comes from the Portuguese Bombaim meaning good (bom) bay (baim). When Portuguese Princess Catherine of Braganza married English King Charles II in 1661, the seven islands were given to the English as part of her dowry. Eventually, the British merged in a historic (at the time) feat of reclamation to form the main city in 1845.

While these seven islands—Isle of Bombay, Colaba, Old Woman's Island (Little Colaba), Mahim, Mazagaon, Parel, and Worli—no longer exist, their names correspond with six of modern-day Mumbai’s neighborhoods (Old Woman’s Island is the exception), each located where the original island was.

A tale of two cities

Mumbai has always been two cities, figuratively speaking. This is particularly evident as you scan the coastline. You’ll see the old vs. the new; the rich vs. the poor; the Indian vs. the European.

The starkest architectural example of this is the contrast between the Taj Mahal Palace and the Gateway of India, two coastal landmarks built in ornate Indo-Saracenic style.

The glamorous Taj Mahal Palace hotel—colloquially called the Taj—opened its doors in 1903. Local legend says that Jamshetji Tata decided to open the hotel after being denied entry to Watson’s Hotel (now the dilapidated Esplanade Mansion) due to its “no Indians'' policy. The Taj became the city’s new hotspot. It’s still a five-star luxury hotel and has hosted celebrities including William Somerset Maugham, Duke Ellington, and former President Obama.

Meanwhile, the Gateway of India, an arch-monument diagonally opposite it, was built to commemorate King-Emperor George V and Queen-Empress Mary’s 1911 visit to India. Construction on the Gateway was completed in 1924, changing the city’s coastline forever, and subsequently reminding Indians of their colonizers. Where the Taj was a sign of progress towards an independent India, the Gateway was (and is) one of the past. Perhaps it was only fitting that when India did gain independence from the British, the last British troops left from the Gateway.

These two aren’t the only remnants of British colonialism in the city that are now divorced from their oppressive roots and imbued with Indianness. The Dr. Bhau Daji Lad Museum (formerly the Victoria and Albert Museum) is another. As are Chhatrapati Shivaji Maharaj Vastu Sangrahalaya (previously called the Prince of Wales Museum of Western India), and Chhatrapati Shivaji Terminus (formerly known as the Victoria Terminus).

The workers who feed a city of 20.4 million

Mumbai’s train network is the world’s busiest, and, possibly, most congested. Mumbai’s train system is so congested, in fact, that the average office worker can’t take a lunchbox to work. The solution for a home-cooked lunch? Dabbawalas.

An army of around 5,000 dabbawalas or “lunchbox delivery men” (though there are now some women) pick up lunch boxes from a customer’s home and deliver them to their offices using the train network. The dabbawalas have a complex code to ensure that each box makes its way to its respective owner, without any sort of modern technology, despite changing train routes or hands. Errors stand at 1 in 16 million deliveries, which isn’t bad considering over 130,000 lunchboxes are transported throughout Mumbai and its suburbs each day, rain or shine.

So rare are errors that they make for good fiction. The Lunchbox is a story about what happens when your dabba (lunchbox) is in the 1 in 16 million.

In Mumbai, hawkers set up stalls in every nook and cranny, concentrating their efforts near office buildings and train stations.

Although there is a lot to be said about the Parsi and Irani cafes and seafood the city offers (Pratap Lunch Home is a must-visit), talk of street food in Mumbai must start with the vada pav, a fried potato patty in a bun which allegedly gave McDonald’s a hard time when the fast food chain entered the Indian market. It’s a simple, battered potato dumpling in a bun with chilies, tangy and sweet chutneys, and choora (fried crispy bits of batter). If you’re looking to make it at home, give this recipe a watch (English subtitles available).

And if talk of Maharashtrian street food has to end somewhere, it seems only fitting to end at cutting chai—a cup of chai that’s “cut” to half its size, concentrated in sugar, spice, and caffeine, to keep this city fueled. It’s found on just about every street and it’s great on a rainy day, for a broken heart, or to combat procrastination.

Mumbai on the page and screen

If you’re looking to experience Mumbai cinematically, definitely start with The Lunchbox. For something longer and more crime-driven, though (but still with enough views and hues of the city) Sacred Games (streaming on Netflix) is a good alternative. Where The Lunchbox is a calmer and more soothing interpretation of Mumbai, Sacred Games is a fictionalized story of the city’s crime scene which lasted up until the ‘90s.

Many literary greats (problematic and not) have lived in or drawn inspiration from the city of Mumbai—from Rudyard Kipling and Mark Twain to Salman Rushdie and Kamala Das.

Twain calls Mumbai, “A bewitching place, a bewildering place, an enchanting place,” in Following the Equator: A Journey Around the World, while Kipling’s childhood home is an oft-discussed colonial landmark.

To read your way through the city, though, start with Bombay Stories by Saadat Hassan Manto. There are few writers, even today, who are as provocative and thoughtful as Manto in his collection of short stories set in pre-Independent Bombay, so much so that their author was tried for obscenity in British India, and later, in independent India and Pakistan.

As for poetry on the city, Kamala Das’s “Farewell to Bombay” and Allen Ginsberg’s India journals include several poetic snippets of his time here. On the side of a Bombay map, Ginsberg once wrote a poem in which one line summarizes the spirit of the city (albeit in a very Ginsberg-ish manner): “eat an orange with your eye.” Living in Bombay, you’ve no choice but to eat an orange with your eye, daily, if not hourly. Visiting it, or reading about it is perhaps not the same, but it is awfully close.

Thank you! Your submission has been received!
Oops! Something went wrong while submitting the form.
Last Updated
May 4, 2022 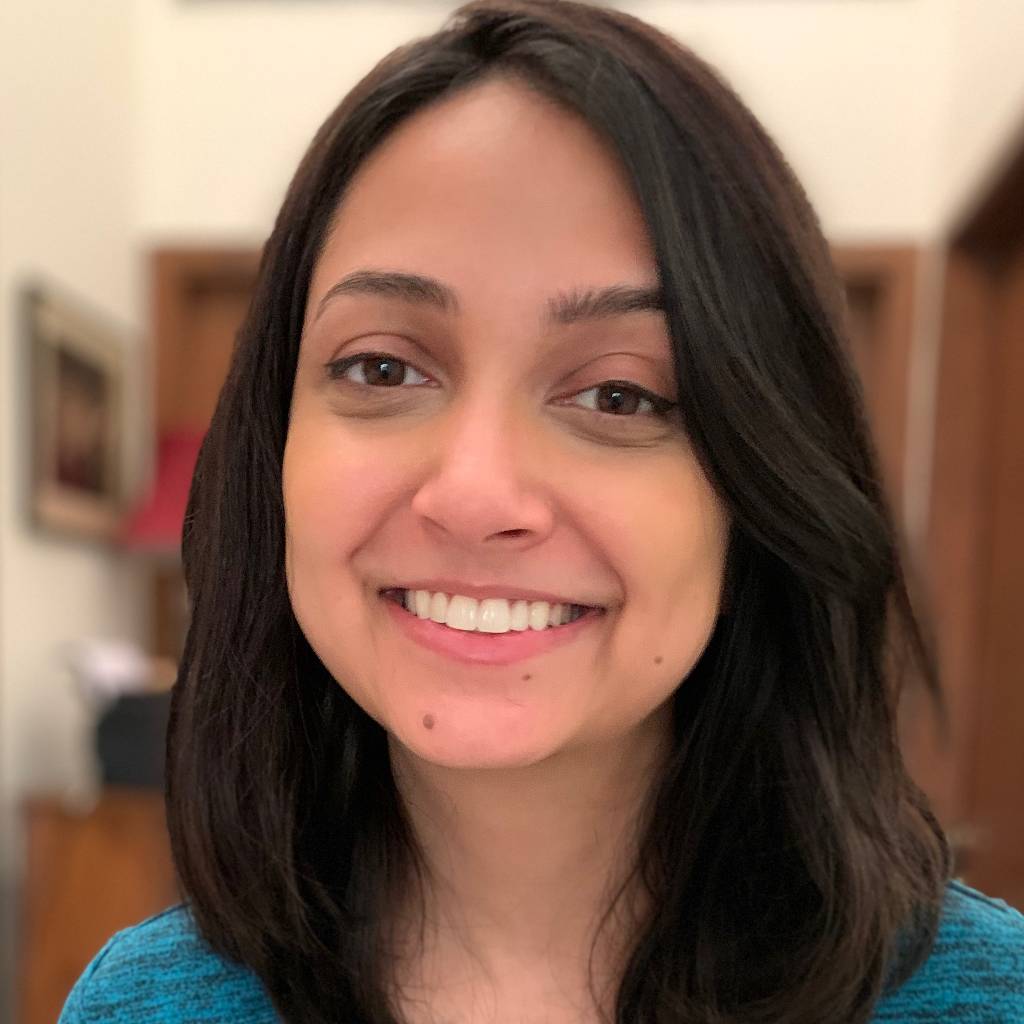 Akanksha is an Indian freelance travel and culture journalist. A third-culture kid, who has lived and worked around the globe, including Finland, Canada, Australia, among others, she has written for CNN Travel, Lonely Planet, Parts Unknown, and more.