Mongolia: The Central Asian Nation Where 25% of the Population is Nomadic 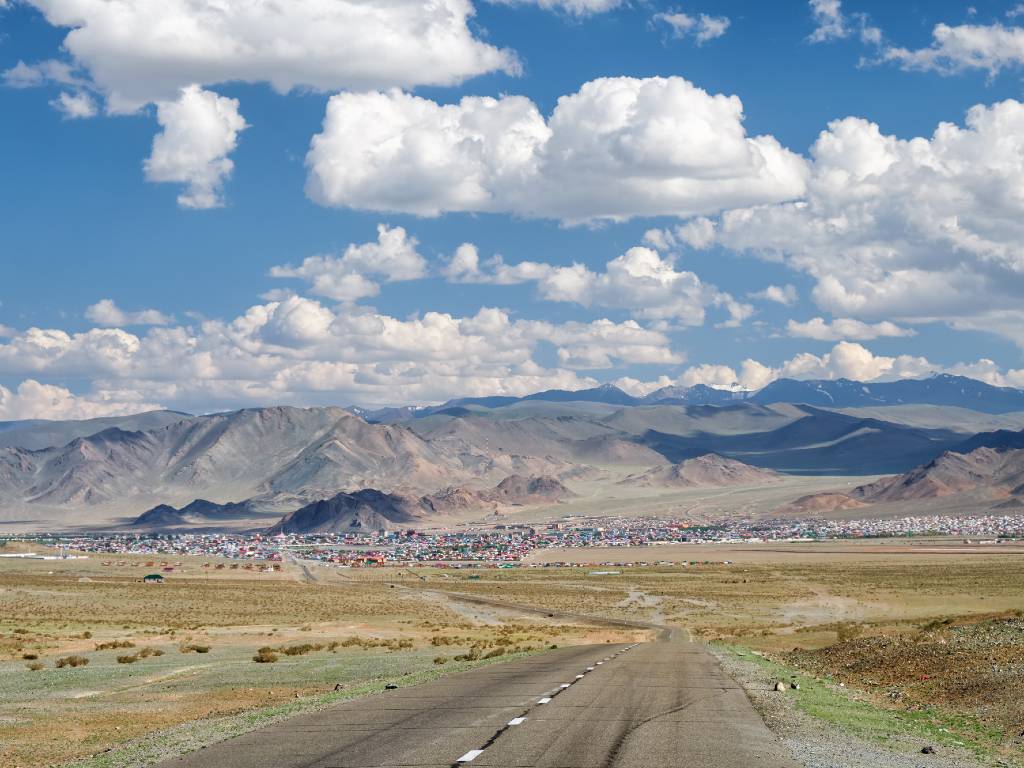 A land of extremes

With extreme temperatures and landscapes, extreme living, and some extremely wrong perceptions from outsiders, Mongolia is one of the most complex places—and Mongols one of the most misunderstood people—in the world.

Conversations about the weather, the great expanse of the country, and the traditional nomadic lifestyle dominate talk of Mongolia, and it’s understandable. Temperature variations of +100°F are not uncommon within a 30-day period, it’s the most sparsely populated independent nation in the world (more than 40% of people now reside in the expanding capital), and almost a quarter of the population migrates seasonally, living in gers (yurts).

But Mongolia is a place pushed by progression as much as it’s ruled by tradition. From an in-the-works indoor skateboarding park to a Mars simulation project to the snow-covered dunes of the Gobi Desert to the uninspiring-to-the-untrained-eye capital city of Ulaanbaatar, it’s a place where not everything is what it first appears.

Where the door is always open

The nomadic way of life has shaped Mongolian culture and nearly 25% of the population still lives this way today. This migratory lifestyle was particularly impactful on the Mongolian concept of hospitality. While herders live miles apart, you can walk up to any ger, knock on the door, and be given suutei tsai (a salty milk tea), a hot meal, and a place to sleep. The price? Gossip from the city and a little conversation.

For centuries it wasn't uncommon for nomads to leave their gers open with food on the stove for herders who may have found themselves in the area. While herders move seasonally, or even monthly depending on the weather, today it's typical for more remote herders and tribes (such as the reindeer-riding Tsaatan tribe) to head to soums (small towns) in the cold winter months, leaving their herds to fend for themselves until they can safely return to them in the spring.

The Mongolian deel, a calf-length tunic with long sleeves, is one of the country's most iconic looks—and one that's been around for centuries. Locals in Ulaanbaatar dress in deels for special occasions, but in the countryside, they’re an everyday wardrobe staple. They’re also a tool for survival, doubling as a blanket, pillow, mat, or even a tent.

While Mongolians continue to embrace this part of their heritage proudly, it's the young designers and fashion houses that are reviving these garments—and other traditional styles and fabrics such as wool and cashmere—in a way that's getting attention around the world. Designers like Michel&Amazonka, BABA, and Mandkhai blend traditional and modern, making styles for Ulaanbaatar’s most fashionable residents.

The toughest horses in the world

A Mongolian who can't ride a horse isn't a Mongolian at all. Or at least, that’s a saying you'll hear in some form or another throughout the country.

Mongolian horses are short, stout semi-wild horses that live outdoors year-round, grazing freely on the steppe. While they may be small, they’re hardy and strong, with great stamina and the ability to withstand temperatures ranging from 113 °F to −49 °F.

Larger herds are considered a sign of wealth, and are mainly used as transportation and for their milk, which is used to make delicacies such as airag, a fermented mare's milk with the alcohol percentage of beer.

Today, endurance riders from around the world come to Mongolia to compete in the Mongol Derby. This 630-mile 10-day race is often called the longest and toughest horse race in the world and is modeled after Genghis Khaan's Yam postal relay system. A documentary on the race can be streamed online.

While Chinggis Khaan (Genghis is the Persian version of his name) is known worldwide for many things—some true, most not—there's no denying the impact he still has on Mongolian culture. The warrior ruler’s likeness is on the country's currency, there’s a locally made vodka named after him, and a 131-foot stainless steel statue of him towers over the countryside.

In the 11th century, Khaan declared the traditional Mongolian script, known as Hudum Mongol bichig, as the official alphabet for the newly established empire of Mongolian tribes. This script is written in vertical lines, read from top to bottom, right to left, and adapted from the Arabic Old Uyghur alphabet.

Due to the Soviet influence that began with the Soviet occupation from 1921-1924 (and lasted until the Soviet Union collapsed in 1991), Cyrillic became the adopted alphabet in Mongolia, and with that, the ancient script was at risk of being forgotten forever.

Fortunately, locals have begun to realize the importance of saving their language—and the ancient script—and there’s been a push on social media and advertising campaigns to save the Mongolian language and script that Khaan once spread across his empire. Local tech developers are working to incorporate it into new apps, language translators, and social media platforms, even creating a program to turn audio speech files into Mongolian script.

In the countryside, traditional Mongolian food is simple food that's made quickly after a long day of herding and utilizes every part of the freshly slaughtered animal for warmth and strength. Typical dishes include buuz (dumplings), khuushuur (meat hot pockets),  tsuivan (fried noodles and meat), and khorkhog (hot stone barbeque).

Two staples are boortsog (fried dough) and suutei tsai (salty milk tea), which are typically offered anytime you enter a ger. Each of the other dishes varies greatly from region to region and tribe to tribe. Buuz is shaped differently in the north, where cheese and bread are more commonly made using reindeer milk, for example.

Don't expect to find many vegetables included in these traditional dishes. Not only does being nomadic make it hard to tend and nurture a garden, but the climate isn't exactly suited for it either. But despite the challenges of growing produce in Mongolia, Ger Garden, the country’s first certified organic garden, is working to develop organic farming techniques within the country.

With its volcanic granite, basalt, and rhyolite cliffs; an endless landscape of see-it-to-believe-it dunes; and the camel herders and their Bactrian (two-humped) camels, the Gobi Desert is a place lost in time. And it looks like another planet altogether.

The annual Thousand Camel Festival brings, as its name implies, thousands of camels (and humans) in March. There are world-famous archeological finds (this National Geographic podcast tells the fascinating story of one the most famous skeletons found there). And in winter, temperatures plummet to −53°F and the dunes are covered in snow.

But, as steeped in Mongolian history and culture as this ancient landscape is, it's the future of what's happening here that's even more exciting. Mongolia’s cold desert, wide open space, and few people make it the ideal place for the Mars V project. This Mars simulation experience and training program has begun developing a space base right in the Gobi.

The festival of “manly sports”

Mongolia’s biggest and best known annual event is Naadam, or the festival of three “manly sports” that Chinggis Khaan thought every Mongol warrior should be proficient in—wrestling, horse racing, and archery—which takes place each summer between June and August. For weeks, competitions occur across the country; wrestlers battle each other and young riders (often ages 6-8) and their magnificent horses race for the pride of their families. It’s all accompanied by singing, dancing, and other events that make this one of the most deeply-rooted traditions in Mongolia.

There are modern festivals, too. The Spirit of Gobi music festival, a Burning Man-meets-Coachella music festival, immediately caught the world's attention when it debuted last summer. While the rest of the world was sitting in quarantine, Mongolia maintained a zero coronavirus case track record. (That has since changed, but it is remarkable to note that the country had zero internal cases until November 2020.)

The history of Mongolia's throat singing goes back centuries. Mongolian music has long been a medium for storytelling and a way for locals to communicate with both the natural and supernatural worlds.

Today, thanks to The HU, Mongolia's biggest rock band, it's not out of the question to hear Mongolian throat singing on the radio. The band even uses the accompanying instrument of choice, the morin khuur, or horsehead fiddle.

Selling out concerts around the world, and with hundreds of millions of views on YouTube, The HU is one of the biggest bands you've probably never heard of. Check out their video for Yuve Yuve Yu for a wanderlust-worthy look at the country's magnificent landscapes while rocking out to a bit of throat singing.

Mongolia's street art scene fosters some seriously creative graffiti artists, like Shade One, Jaggie Red Jar, and Australia-based Heesco, whose resume includes creating portraits of some of the world's best chefs for World's 50 Best. So, it makes sense that street art tours in the city are the next big thing.

But it isn't just the street art that's making waves in Mongolia. The skate scene is gaining traction, as well. In 2004, a group of skateboarders from Carhartt WIP’s skate team traveled to the country's only skatepark in Ulaanbaatar, only to discover it had been demolished just a few weeks prior. They adapted quickly, skating their way across the country. The book Dirt Ollies and the film Mongolian Tyres chronicled the trip, and it's become the stuff of legends in the skateboarding community.

The Carhartt WIP team returned in 2014 to shoot the video Out of Steppe, documenting the rise of skateboarding culture in the capital, thanks in particular to one local NGO, the Mongolian "Uukhai" Skateboarding Association.

Besides the annual Uukhai Games, the association hopes to one day build the first indoor skatepark in Mongolia. With that, Mongolia's first Olympic skateboarding team might not be far away, either.

Mongolia on screen and on the page

From currency to postal systems, the book Genghis Khan and the Making of the Modern World tells how Mongolia's most revered warrior changed the world—and not in the ways you necessarily think. The Eagle Huntress documentary is a deep look into the century-old eagle hunting tradition and the 13-year-old girl who took the festival—and the world—by surprise.

For a more modern take on Mongolia, the book Young Mongols takes a deep dive into the young revolutionaries tackling the country’s political, social, and environmental issues. And The Grand Tour: Mongolia from the former Top Gear guys, takes viewers off-roading across the brutal and extreme terrain, while episodes 5 and 6 of Long Way Round follow actors Ewan McGregor and Charley Boorman as they explore the spectacular scenery of the country while traversing the globe by motorcycle.

Last but not least, if you're craving an adventure through Mongolia via your stomach, the ARTGER YouTube channel is one of the best places to learn about Mongolian food traditions, modern Mongolia, and more.

Thank you! Your submission has been received!
Oops! Something went wrong while submitting the form.
Last Updated
April 6, 2021 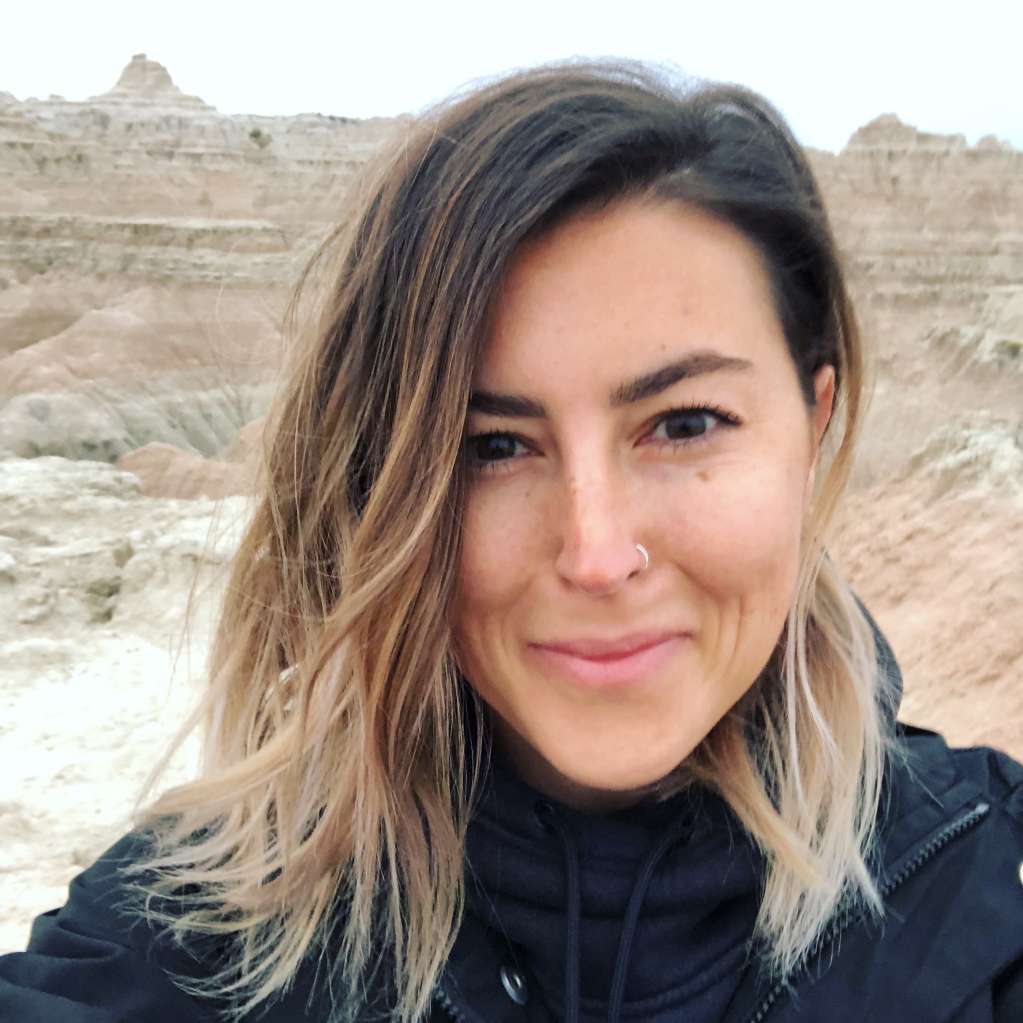 Breanna is a freelance travel writer and adventurer based in Tbilisi, Georgia, and Ulaanbaatar, Mongolia. She started the website MeanwhileinMongolia.com to share her adventures and travel tips with anyone interested in visiting this wild and fascinating country. Follow Breanna’s adventures off-roading, hiking, and exploring lesser-known parts of the world on Instagram at @breannajwilson.