Maui: The Pacific Island Where the Beaches Come in Almost Every Color 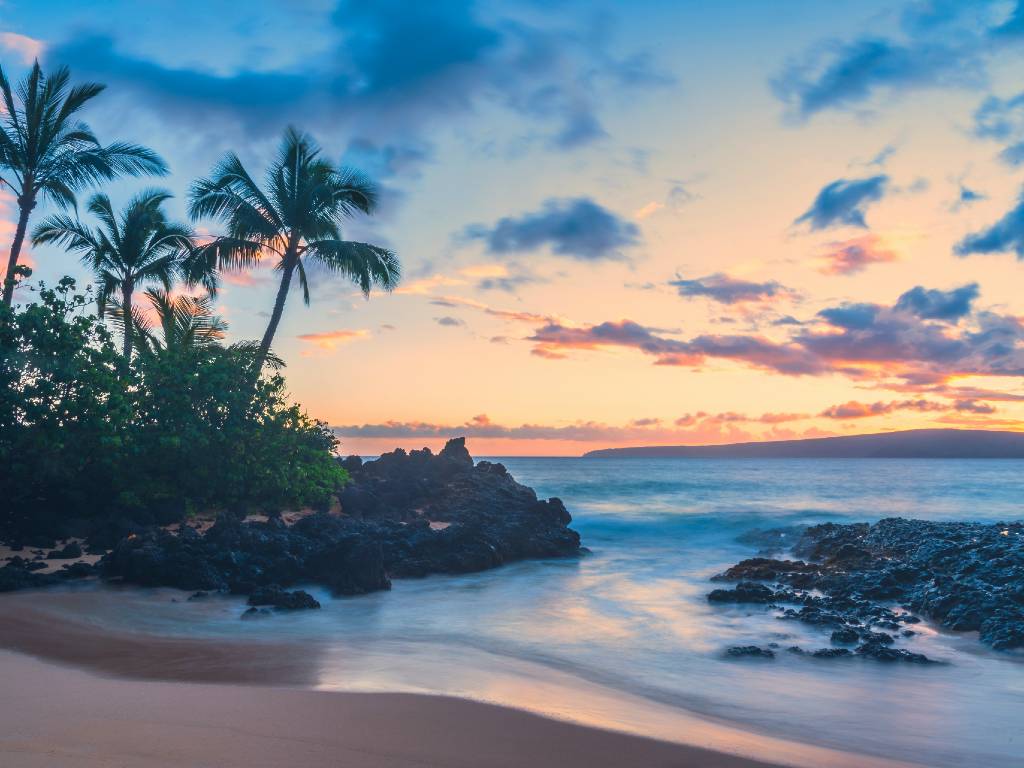 Maui nō ka ‘oi translates to Maui is the best—a claim understandably boasted by those who call this beautiful island home. The second largest of the Hawaiian islands, it’s called the Valley Isle for the lush green valley center bookended by mountains to the east and west.

From the depths of Maui’s rich and vibrant underwater world to the peak of the world’s biggest dormant volcano, the natural beauty of this tropical oasis stuns with variety. Soft golden beaches and a wealth of luxe resorts satisfy many a casual tourist, but those who delve deeper are rewarded with a strong culture and intriguing history that only add to its allure.

Over 10,000 humpback whales make their way to the warm Maui waters each November to May. While these massive mamas (and their escorts) might have made the long trip from Alaska, they come here to mate and have their babies, so these kohola are local-born Maui’ans. The whales are tracked each year, often through photographs of their fingerprint-unique fluke (tail) markings.

Divers and snorkelers around Maui enjoy free cetaceous concerts, with the common annual melody sung only by the males. Whale-watching tours are popular in the Au’au Channel between the west side of Maui and Lanai, though with the densest population of whales in the world, any winter sail off Maui ends up becoming a whale watch regardless of official billing.

Some tours even take place on traditional Hawaiian outrigger canoes, which the average humpback easily matches in length and far outweighs in heft—something all too apparent when they rouse their 40 tons and 39-52 feet of length out of the water in a thunderous backflipping breach.

Each late May, the Pu’u Pa’upa’u hillside above the town of Lahaina blazes with a fiery signature “L” to mark the official graduation of the Lahainaluna High School class. The “L” dates to 1928 and glows white throughout the year thanks to the twice-a-year pilgrimage by students lugging 50-pound bags of lime.

At the exact moment of the tassel flip, a group of alumni hike the steep, rugged 2,000-foot trek to set the outline of the giant L on fire. The nearly 200-year-old school—the oldest west of the Mississippi—is steeped in tradition, with students rumored to avoid profanity in the library out of respect for spirits of Hawaiian remains discovered at the site.

Trade winds, cumulus clouds, mountainous terrain, and clean air. Add a bit of misty rain and you have prime conditions for rainbows. While the Hawaiian Islands might be known for these brilliant arcs (and double arcs!), Maui offers another intriguing rainbow phenomenon—its variety of colorful beaches.

However, the dominant color of Maui’s 30 miles beaches (all public) is golden. Lahaina, Wailea, Ka’anapali , and Kihei have soft sands that develop from dead eroding corals, minerals, and broken shells. Even colorful bucktooth parrotfish do their part as they munch on the algae that covers live corals. Snorkelers and divers can hear their crunching as they feed, and also see the resulting (ahem) deposits they leave behind—in the form of sand—for future sunbathers.

One of Maui’s most beloved sons, Eddie Aikau, learned to surf on the shore break at Kahului Harbor. His legend soared when he became the first official lifeguard on the North Shore of Oahu. While guarding this dangerous stretch of big swells, he saved more than 500 people—never losing a soul—by taking on massive waves no one else would dare.

In 1978, a traditional voyaging canoe, Hōkūle‘a, capsized 12 miles from land on its way to Tahiti Eddie (who had been recruited to join the journey) left on a surfboard for help, removing his lifejacket to paddle faster. The crew was later rescued, but Eddie was lost at sea in the Maui Channel.

“Eddie Would Go”—plastered across T-shirts and bumper stickers—has become the go-to phrase anytime someone is wavering when faced with an overwhelming challenge, in need of the brand of extreme bravery Eddie embodied.

The legend of Haleakalā

The world’s largest dormant volcano, “house of the sun” Haleakalā, stands at 10,023 feet above sea level and is home to more endangered species than any preserve in the U.S. National Park System. Visitors head up the slopes in the dark wee hours to witness a sunrise so glorious Samuel Clemens, aka Mark Twain, called it “the most sublime spectacle I have ever witnessed.”

Legend tells of mischievous Māui climbing to the summit in a bid to help his mother who was challenged by days too short to properly sun-dry her kapu bark cloth creations. Māui swung his mighty coconut fiber lasso, capturing the sun (La) as it rose and refusing to release it until it promised to travel more slowly for half the year, creating the seasons and longer days for farming (and mom’s outfits).

Haleakalā is also known for its quietness, so much so that it’s the subject of a PBS Documentary, The Quietest Place on Earth. In fact, certain places on the crater floor are so quiet, they exceed the technical capabilities of microphones.

Would-be lava rock swipers should beware, though. The taking of natural resources from a national park is always a no-no, but a suspiciously recent “legend” adds a foreboding threat that doing so will upset Pele, the goddess of fire and volcanoes, who met her mortal end near Haleakalā. Enough visitors experience the resulting streak of bad luck that 1,275 rocks were mailed back to the park in 2017 alone.

The home of Jaws

One of the most famous surf spots in the world, Jaws at Peʻahi on Maui’s North Shore owes its staggering swells to the unique geo-structure of an underwater ridge. International big-swell surfers come every winter to ride the monsters, bringing crowds of onlookers. Boasting one of the highest measured wave rides in the world, the 2016 former 70-foot record was assumed to be broken (once registered) by Makuakai Rothman who rode an estimated 100-foot wave at Jaws on January 16, 2021, now known as Super Swell Saturday.

The break is so impressive, even 007 (or at least his stunt doubles) found it worthy in the opening of Die Another Day. Once believed to be only survivable through tow-in surfing, where a rider is pulled in via jet ski, the traditional paddle-in method favored by purists is now often used.

Road to Hana, then and now

The legendary Road to Hana might only span 64.4 miles, but thanks to its 620 turns (a number of them hairpin) and 59 mostly one-lane bridges, this scenic drive can easily top four hours.

Built in the 1800s and officially opened in 1926, the road is an engineering marvel that overlaps with the former 16th-century foot trail built by Maui Chief  Kiha-a-Pi‘ilani. He oversaw construction of a 4-6-foot-wide, 138-mile trail hand-paved with blueish basalt river stones, the only ancient road to circumnavigate an entire island.

Much of the Road to Hana (officially Hawaii Routes 36 and 360) sidles around cliff edges that drop hundreds of feet to the gulches below, often sans guard rails. The lush, flowering rainforest is punctuated by dramatic waterfalls that spill from the flanks of Haleakalā down to the sea. Botanical gardens, Charles Lindbergh’s grave, the 1853 coral-and-concrete Kaulanapueo Church, bamboo forest hikes, black and red sand beaches, and the Pools of ‘Ohe’o (Seven Sacred Pools) all draw more than 1,000 cars a day to this remote oasis.

A royal street, an ancient tree, and a sacred pond

The town of Lahaina on Maui’s northwest side was once the royal capital of the Hawaiian Kingdom (from 1820-1845, courtesy of King Kamehameha II) and its main drag, Front Street, was a stretch of the Kings Road, where only kings or queens could walk.

Today one of the main tourist attractions of the town is the Banyan Tree, one of the country’s largest, which covers a city block and is over 150 years old. But perhaps most interesting, the town baseball field currently sits on the historic site of Moku’ula Island, a sandbar that was surrounded by a lava tube-fed freshwater fishing pond.

One of the most sacred sites in the islands, the waters were home to powerful lizard goddess Kihawahine, who acted as guardian spirit to the royal family who resided on the island. When the Pioneer Sugar Mill arrived in the 1800s and diverted water to irrigate their fields, the mana (spiritual energy) dried up along with the ponds.

Ono means delicious, something the chef who founded Hula Grill, Monkeypod Kitchen (Ka’anapali and Wailea), and Merriman’s Kapalua knows well. Peter Merriman is one of the 12 founding chefs of Hawaii Regional Cuisine and his restaurants remain some of the most popular on the island.

At least 90% of Merriman’s ingredients are locally grown or caught using only sustainable methods. A meal at Merriman’s is not only an excuse to hover over the crashing Kapalua waves at sunset, but a culinary map of the island’s best. There’s Berkshire Kurobuta pork from Malama Farms in Haiku, Ocean Organic Vodka and heirloom vine tomatoes from Tamimi Farms in Kula, Maui Gold pineapples from Makawao, Maui onions, Waihe’e macadamia nuts, Lahaina farm mangoes—the list goes on.

While there’s nothing like being there, you can get a taste of Maui at home with the No Ka Oi cocktail made with vodka, basil, lime juice, simple syrup, lilikoi, egg white, and honey. It’s not as famous as the Merriman/Monkeypod mai tai (more than 115,000 are sold on Maui in an average year), but it’s a bit easier to make at home.

Maui on the page and screen

The Maui Coast—Legacy of the Kings Highway, a gorgeous coffee table book by Daniel Sullivan explores little-known historical gems tucked away along the ancient King’s Highway based on his own 220-mile hike around Maui.

Big swell fans hang ten with Nervous Laughter, a surf film/documentary of local 1990s Maui friends embarking on a quest to ride one of the biggest waves on the planet. Jaws: Maui, a dramatic photo-packed book by Leslie and Charles Lyon mixes adrenaline-soaked images with quotes and impressions from the famous surfers who braved those monstrous waves. Man vs. nature makes an intriguing and inspiring page-flipper, even for landlubbers.

Join Scott's Cheap Flights for amazing deals to Maui, like under $200 nonstop from California. Or, read our complete guide to finding cheap flights to Hawaii.

Thank you! Your submission has been received!
Oops! Something went wrong while submitting the form.
Last Updated
June 2, 2021 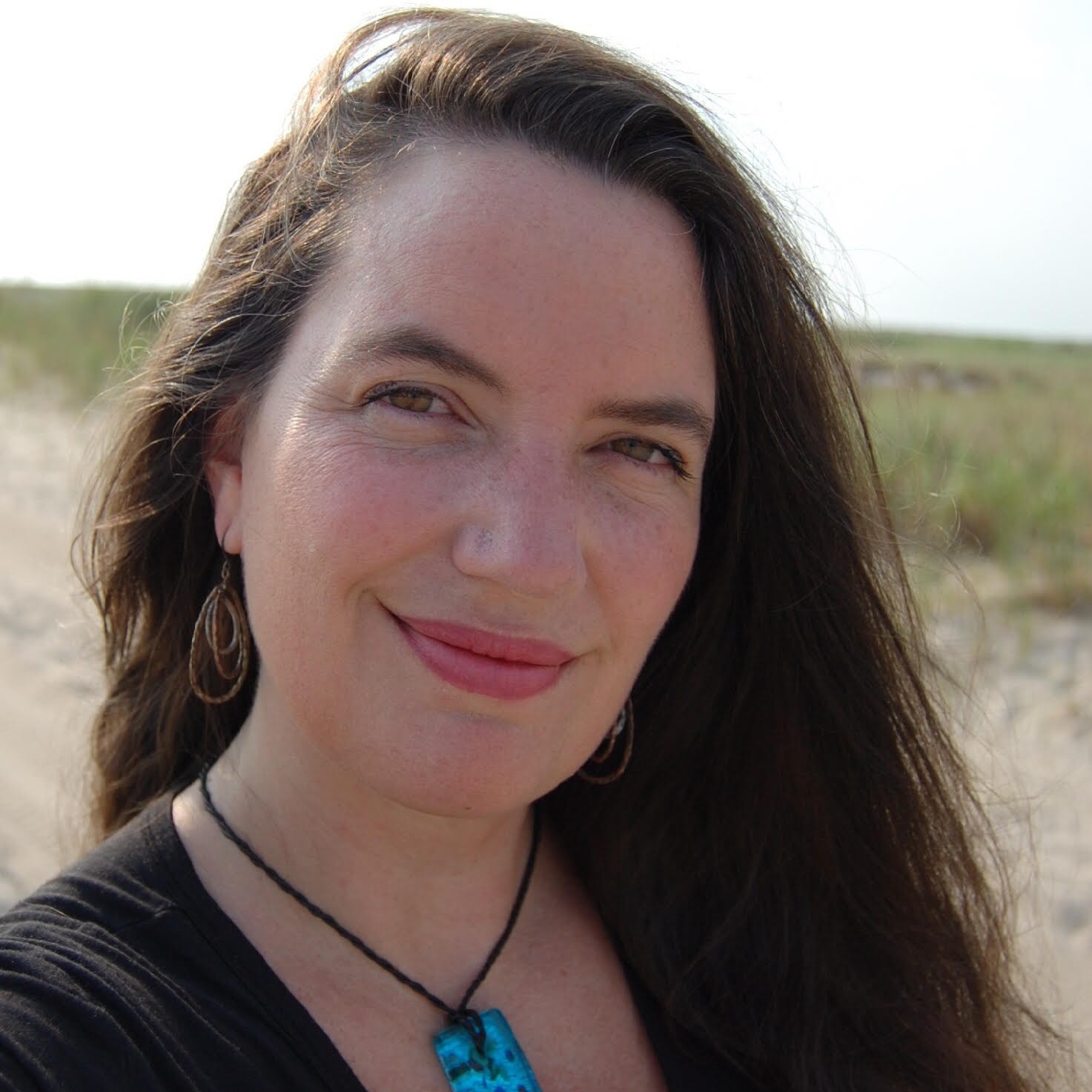 Sascha is a travel writer and PADI divemaster who got her start in both careers on Maui’s west side. Though her years of Hawaiian bliss have been followed with exploration of 50+ countries writing for outlets like National Geographic Traveler, Gourmet, Conde Nast, Scuba Diving Magazine, and Moon Guides, she often feels like an errant piece of lava hoping to find its way back to Haleakala.