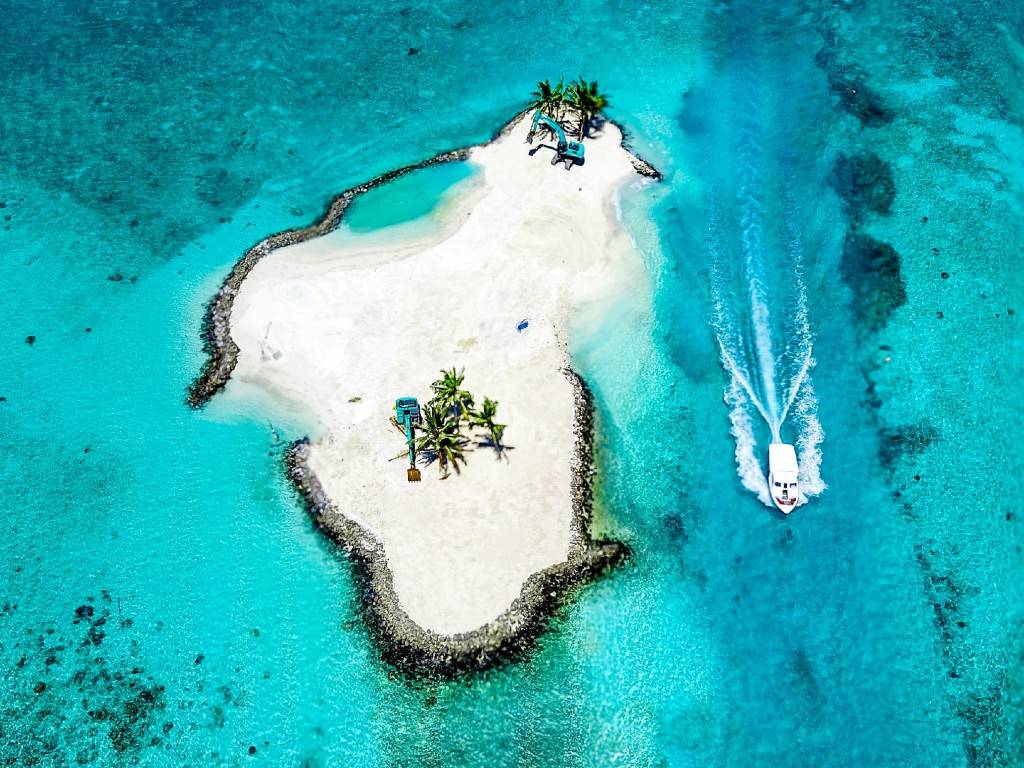 Known as one of the world’s most desirable destinations for scuba diving and snorkeling, the Maldives also has a reputation for luxury. High-end resorts featuring sumptuous overwater villas, pristine white sand beaches, and restaurants serving cuisines from around the planet ensure the country is front of mind among couples planning romantic getaways.

But this small independent nation is more than luxe resorts and white sand beaches (as amazing as those are). Away from the resorts, islands known as local islands offer a look at Maldivian life, local folklore, and the challenges of living on some of the lowest-lying specks of land in the world.

The 1,192 islands of the Maldives are spread over an area of ocean that’s about the size of the state of Maine. The islands stretch nearly 500 miles from north to south, yet the collective landmass of all those tiny islands measures just 115 square miles. If they were placed next to each other the islands would measure smaller than the city of Athens, Georgia.

The islands are grouped across the Indian Ocean in 26 atolls. The word atoll, which denotes a chain of coral islands, was adopted into English from Dhivehi, the official language of the Maldives.

How low can you go?

In addition to being Asia’s smallest nation, the Maldives is the continent’s lowest. In fact, it's the world's lowest landmass, with an average elevation of just under five feet above sea level.

The highest point in the Maldives is 16.7 feet above sea level. Thrusting 200.4 inches into the tropical sky, the ironically named Mount Villingili is on Addu Atoll’s Villingili Island. If it wasn’t for a sign proclaiming the presence of the mountain’s summit, it might be easy to overlook the county’s highest point. The grassy ‘mountaintop’ is incorporated into a golf course. The island’s resort hosts tours to the top that include a lesson in the island’s geology and history. They also give out a certificate for reaching the country's highest peak—a way of gently poking fun at the island while also teaching guests something.

Global climate change has been identified as a credible threat to the Maldives’ existence beyond the next few decades. The Maldives is a very low carbon contributor, yet (like most island nations) will suffer the worst and earliest—with the local islands taking the brunt of it. Concerns about the world’s rising sea levels and the resulting erosion prompted the construction of a sea wall around Malé, the capital of the Maldives, during the 1990s. Several islands now have sea walls for protection.

The Maldives’ lack of naturally high places meant there was no elevated ground for people to escape to as the tsunami of December 26, 2004 approached land. All but nine Maldivian islands suffered flooding during what was one of the century’s deadliest natural disasters. Malé’s sea wall provided the city with protection against destruction but widespread flooding was unavoidable.

During 2016, a phenomenon known as El Niño caused a sustained spike in the temperature of the Maldives’ seawater and resulted in a mass bleaching of 60% of the normally colorful corals.Coral regeneration programs were stepped up and visitors can participate in some of the programs, donate to the likes of the Maldives Coral Institute, or sponsor coral frames that are then used by Reefscapers to rejuvenate reefs. Applying reef-safe sunscreen is another simple way of taking action to help protect the welfare of marine life.

One island, one resort

The Maldives attained independence from the United Kingdom in 1965 and became a republic three years later. Yet it wasn’t until the early 1970s that the Maldives began to encourage tourism when the Kurumba Maldives near Malé was the first resort to welcome guests in October 1972. By the mid-1980s tourism had evolved into the nation’s biggest industry.

The country implemented a ‘one island, one resort’ policy in 1972. As the policy’s name suggests, it’s common for an entire island to be dedicated for use by a single resort. The controlled arrival of guests means that visitors have space to enjoy their vacations and it allows international visitors to behave in resorts in ways that would not be tolerated elsewhere in the country.

The Maldives is an Islamic nation. Alcohol consumption is restricted to the resorts, there’s an expectation for people to behave modestly, and homesexuality is illegal. However, the rules are quite different on the resort property. It’s perfectly acceptable for people to relax in swimwear, drink alcohol, and for couples, including LGBTQ+ couples, to show affection within the island resorts.

Following the most recent count, the country’s tourism board reported that the Maldives has 154 resorts offering all-inclusive stays.

Fisherfolk around the world are renowned for storytelling and swapping legends and Maldivians are no exception. Local folklore includes tales of sea monsters, supernatural beings, and enchanting females.

One such figure is Santhi Mariyanbu, a magical being sometimes compared to a witch. According to one version of the stories told about her, Santhi Mariyanbu removes the teeth of children that don’t brush them thoroughly, replacing them with ones of silver or gold. Some people might think that doesn’t sound too bad. On a positive note, fear of a visit from Santhi Mariyanbu is said to help ensure that youngsters behave and clean their teeth properly.

Life on the local islands

Of the more than 1,000 islands of the Maldives, about 200 are inhabited. Since 2009 the so-called ‘local islands’ have been permitted to welcome international travelers, offering accommodation in moderately priced hotels and guesthouses. In effect, they present a budget alternative to the Maldives’ luxury resorts, and from a Maldivian perspective, they broaden opportunities for islanders to benefit from the foreign currency that the industry brings.

Staying on a local island means being able to get a feel for the everyday rhythm of Maldivian life. You’ll hear people speak the Dhivehi language and be able to taste authentic Maldivian cooking like garudhiya, a spicy fish stew, and masroshi, a type of flatbread filled with fish and aromatic ingredients such as coconut, chili, and ginger.

The Maldives is a Muslim country, and there’s an expectation for international visitors to local islands to respect customs by covering their chest, shoulders, and thighs. Pulling on long shorts or a skirt along with a T-shirt—rather than swimwear—when you’re anywhere other than on bikini beaches is usually enough to fulfill local expectations. It’s also worth remembering that kissing and other public displays of affection are considered disrespectful.

It’s a joy to kick off your shoes and walk on Maldivian beaches. Much of the sand is tiny coral particles that have passed through parrotfish that nibble among reefs. The colorful fish excrete hundreds of pounds of coral dust each year, making for a super soft white sand that does an outstanding job of reflecting the sun. The bright light and idyllic tropical backdrops, featuring leaning coconut palms and turquoise seascapes, count among reasons why the Maldives makes a great destination for photo shoots.

On the local islands, bikini beaches are demarcated areas reserved for tourists. Screens fence off bikini beaches, meaning that Maldivians don’t have to see international visitors wearing swimwear while stretching out on the sand and sunbathing. If you head to a non-tourist-designated beach, remember that different standards apply and swimwear that leaves skin showing is not permitted.

Plenty of fish in the sea...

After tourism, fishing is the Maldives’ second largest industry, and almost a third of the country’s workforce are employed somewhere along the chain of catching, packaging, and exporting fish. Nutrient-rich underwater channels between atolls mean ocean-dwellers such as barracuda, swordfish, and giant trevally are frequently seen. Snappers and groupers count among widely caught species but tuna is the fish most commonly landed in Maldivian waters.

Keen anglers can head out on boats to experience the thrill of casting a line and night fishing expeditions are a great option. Sailing late in the afternoon, they bring opportunities to see the sun set before lamps are lit to attract fish. Experienced fisherfolk demonstrate the local way of fishing using lines dangling from reels rather than rods, then encourage guests to give it a go.

And on the plate

Fish has, of course, long been a staple ingredient in local dishes. In a country where fish is one of the few abundant natural resources, it’s probably unsurprising that the Maldives’ most popular breakfast dish features tuna.

Mas huni is made by mixing together chopped tuna, onion, and chilies with grated coconut and lime juice. Chefs put their own twist on the dish. Sometimes it’s made with barbecued or smoked tuna. Tinned tuna is also used. The simple, piquant dish is traditionally served with thin flatbreads known as roshi and sweet tea to provide energy for the day ahead.

You can even watch sea life while you eat seafood. The Maldives has two underwater fine-dining restaurants in which diners can peer out at reefs and marine life while eating. Ithaa Undersea Restaurant’s name means ‘mother of pearl’ in the Dhivehi language. It’s 16 feet below the ocean’s surface in the Alif Dhall atoll, 55 miles southwest of Malé. Maldivian and Western influences are fused in the food served.

The 5.8 Undersea Restaurant’s name gives its depth in meters. Located 19 feet deep at Hurawalhi Island, 92 miles north of Malé, the wood-floored restaurant serves five- or seven-course tasting menus featuring the likes of reef fish ceviche and beluga caviar. Seafood-free and vegan menus are available for diners who don’t want to consume seafood under the gaze of colorful fish as well as the occasional ray and shark.

Join Scott's Cheap Flights and save hundreds on flights around the world.

Thank you! Your submission has been received!
Oops! Something went wrong while submitting the form.
Last Updated
November 10, 2021 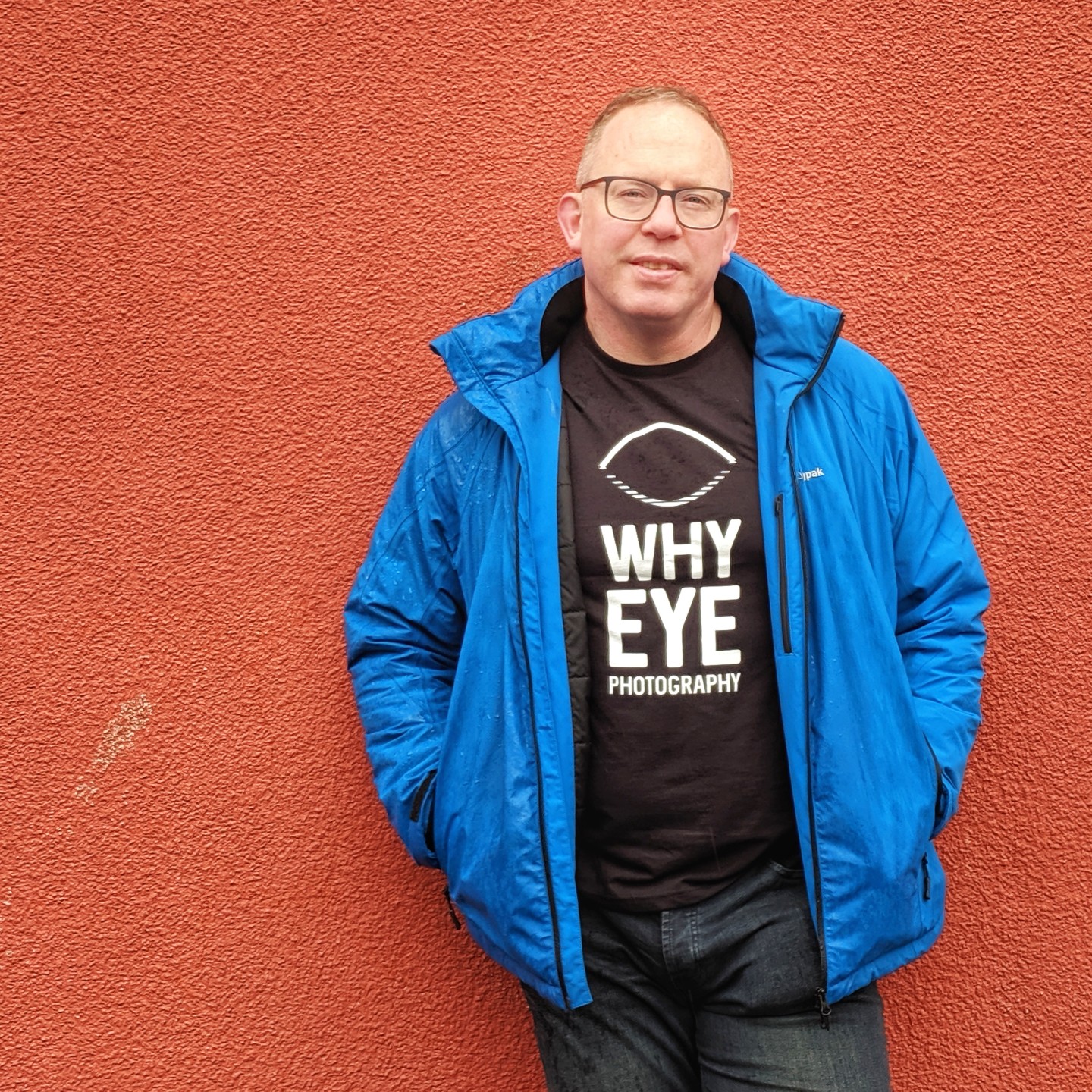 Stuart is from northern England and has lived in Germany, India, and Portugal. Not really one for sunbathing, he has enjoyed participating in diving, snorkeling, and fishing while in the Maldives, which he first visited in 2017.