Lisbon: The Seaside City That’s the Second-Oldest Capital in Europe 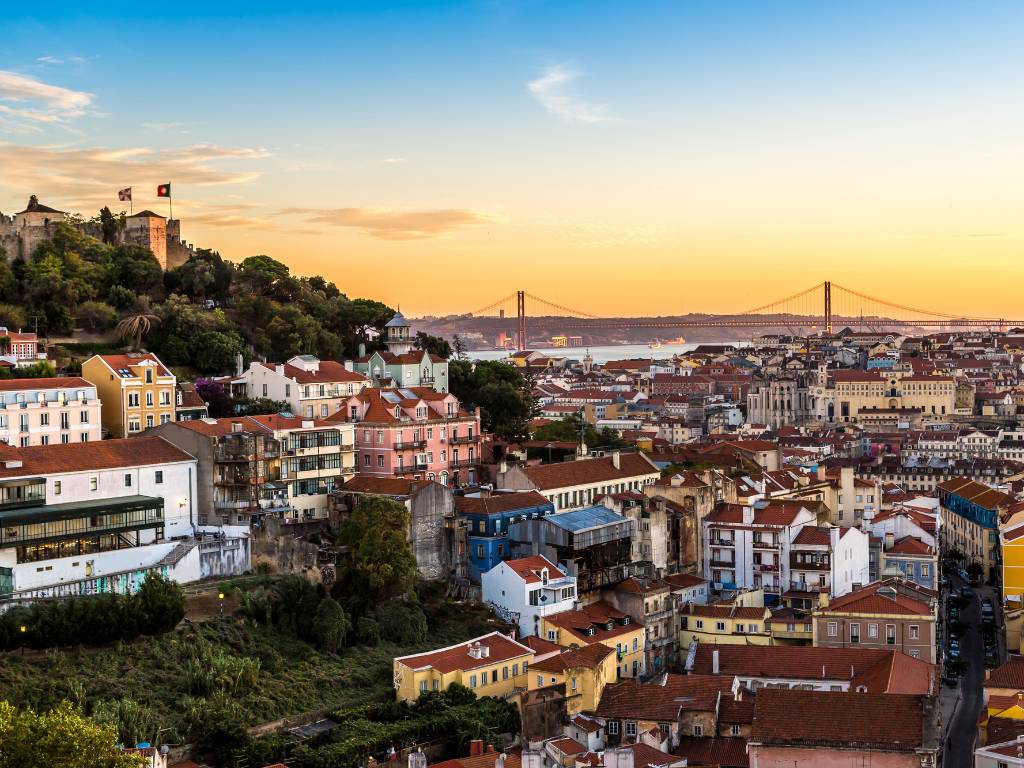 One of Europe’s oldest and most colorful cities, Lisbon’s layout is as winding and varied as its storied past—which dates all the way back to 1200 BCE. Rocked by one of the most destructive earthquakes the world has ever seen, today Portugal’s capital shines with beauty in every tiled building and romantic palace. It’s a city of sprawling vistas, steep hills, and climbing cable cars, where the night air is filled with the beautiful music of heartbreak and the salt of the Tagus River and Atlantic Ocean.

If you think speaking Spanish will help you with your Portuguese, think again. In Lisbon, you’ll find that most people speak some English, but having a little Portuguese in your pocket will always be appreciated. The two letters that trip up most foreigners in Portugal are j and r. Unlike Spanish where the j takes on an h sound, words that begin with j in Portuguese are pronounced just like a j in English, except a little softer. On the other hand, r  is pronounced with an h sound—but only when it is at the beginning of a word.

The word “thank you” can also cause a lot of confusion since both “obrigado” and “obrigada” are used simultaneously. However, whether you use “a” or “o” as an ending is simply a matter of what gender you identify as (obrigada is used by females, and obrigado is used by males). Non-binary Portuguese speakers may sometimes use “obrigade” as an alternative, but the masculine form may also be considered gender-neutral.

The earthquake that shaped the city

In 1755, Lisbon (and the surrounding area) was a site of a disaster so destructive that it fundamentally changed the character of the city. On All Saints Day, November 1, an estimated 8.5 earthquake hit, followed by a tsunami that washed out downtown Lisbon. Simultaneously all over the city, candles that had been lit for the religious holiday toppled over, starting a fire that burned for five days.

The city center had to be completely rebuilt, but you can get a sense of what pre-earthquake Lisbon was like by wandering through Alfama. One of the neighborhoods least damaged by the ‘quake, its narrow streets and winding staircases paint a more medieval picture of Lisbon’s once-labyrinthine streets. On the third floor of the Museu Nacional do Azulejo, you can also find an impressive panorama depicting the former cityscape on blue and white tiles.

A sweet beginning, middle, or end to any night out in Lisbon, ginjinha (or ginja for short)  is a liqueur made from sour cherries. If you just want a quick taste, you can find tourist-geared shops surrounding Praça do Comercio and Rossio, but it’s also served in local bars and cafes all over the city. The history of the drink in Lisbon is a bit murky, but it's been around since at least 1840, when the city’s oldest ginjinha bar, A Ginjinha Espinheira, opened.

Martim Moniz is a great neighborhood to take yourself out on a personal tasting tour, starting with the close-quarters Os Amigos da Severa, where the owner sells ginjinha made from his personal recipe. From here, you can make your way towards the Escadinhas de Sao Cristóvão, while popping into any local ginjinha bar that catches your eye. Once you reach the stairwell, enjoy another taste of ginjinha from Boutique Taberna and drink it out on the steps covered in fado-themed street murals.

Connect with nature in Cascais and Sintra

In about an hour by train, you can visit two nearby cities where the Portuguese royalty and Lisbon’s upper classes built their mountaintop palaces and seaside mansions. During the age of romanticism, it was here where the upper classes found fresh air and an escape to nature—and today they are the best spots to work some exercise into your sightseeing.

Rent a bike in Cascais and explore the 5.5-mile (one-way) bike trail that follows the coastline to the large Guincho Beach. In Sintra, take the long way to visit Pena Palace by following the hiking trail that starts in Vila Sassetti. The uphill trail takes about an hour and brings you past the Moorish Castle and up to the gates of the palace. It’s worth going inside to see the remarkable view of Lisbon and the sea from the royal bedroom.

Mark the map for miradouros

The hilly city is spotted with more than two dozen viewpoints known as miradouros. Each viewpoint offers a unique perspective on the city and is like a small park. It’s worth asking locals for their favorite viewpoint, but you’ll find that everyone has a different opinion based on both the views and the vibes.

Above Alfama, Santa Luzia is a stunning miradouro with a flower-covered pergola and a garden decorated with large azulejo panels, a distinctly Portuguese style of ceramic tile mosaic. During sunset hours, it can be hard to nab a seat, so get there early. From here, you can walk up to Castelo São Jorge to appreciate high-altitude views (with the cost of admission), but you’ll get the best view of the castle at Miradouro da Senhora do Monte, just 15 minutes away.

Feeling the saudade in fado

Saudade is a uniquely Portuguese word that is best summarized in the emotional depths of fado, a musical style characterized by its melancholic and longing melodies and themes of nostalgia and heartbreak. The exact origins of fado are unknown, but its history can be traced back to Lisbon’s Alfama district during the early 19th century when it was home to working-class sailors and fishermen. You can see for yourself that it is still a proud tradition of this neighborhood today—just follow the sounds of live performers echoing through the squares.

For a more intimate experience, you can pay and go to the Alfama’s iconic fado bars like Tasca do Chico. If you’re short on time, consider Tasca do Jaime for an afternoon show. It’s common to eat during the performance at these locations, but talking over the song may earn you some sharp glares. If the vulnerability of fado’s soulfulness strikes a chord with you, you can learn more while listening to the recordings of the genre’s iconic performers at the Fado Museum.

Fruits of the sea

Every time you go out for seafood—or frutos do mar—in Lisbon, you have an opportunity to taste Portugal’s rich seafaring and trading history. The Portuguese capital is the perfect place to try the seafood specialties from regions across Portugal like the cataplana, a fish stew from the Algarve, and percebes, a type of barnacle that is harvested by fishermen braving dangerous conditions between sharp rocks and a tumultuous sea.

Bacalhau, the Portuguese term for salted codfish, is the most iconic ingredient in all of Portugal’s cuisine with thousands of ways to prepare it, but don’t go around asking where you can try it fresh. The cod is not actually from Portugal, but instead caught in northern European waters and then preserved in salt. Rivaling bacalhau, sardines may be the most beloved fish in all of Portugal. They’re sold all over the city in decorative collectible tins.

One pastry to rule them all

The pastel de nata is Lisbon’s most ubiquitous pastry and sold anywhere you can buy an espresso. The flaky crust is filled with a creamy egg custard that is brûléed and dusted with cinnamon. It’s the kind of pastry you’ll spend your days dreaming about, long after you’ve left Lisbon, especially if you make the trip to Belém to try the original recipe.

This famous pastry was invented by monks at Jerónimos Monastery with too many leftover egg yolks. They were first sold down the street from the monastery at Pastéis de Belém, which opened in 1837. For almost two centuries, this pastry shop has been churning out thousands of tarts a day—all according to the original recipe which is kept under lock and key.

It’s difficult to overstate the beauty of Portuguese tiles, which are used all over Lisbon from the grand murals inside churches and palaces to the decorative touches that brighten up the city’s nooks and crannies. Known as azulejos, these tiles were used to both insulate and beautify Portuguese architecture and they make one of the best distinctly Portuguese souvenirs.

There are many places where you can buy authentic azulejo tiles, whether you’re looking for something custom-made or antiques. Search the stands of the Thieves Fair, a flea market that takes place every Tuesday and Saturday at Campo de Santa Clara, or visit antique shops like Solar Antiques, the world’s largest antique tile store. In Belèm, you can also get a tile-painting demonstration with your shopping at the Fábrica Sant’Anna tile factory.

At the river’s mouth

At the end of the Tagus River’s long journey from the Spanish mountains, Lisbon is both a riverside and seaside city and there are many ways to experience its beautiful cityscape from the water. Sunset and sailing cruises are popular, but a more budget-friendly option is to take the ferry across the river to Cacilhas where you’ll find a strip of restaurants and docks that offer another view of the city.

If you’re prone to seasickness, you can still enjoy the water by venturing away from the historic center to the more modern Parque das Nações area. Kayaks and other small boats can be rented from the marina, or you can enjoy the water from dry land by strolling along the boardwalk or taking to the sky for a cable car ride. In this area, you’ll also be right next to the Lisbon Oceanarium, one of Europe’s largest and most impressive aquariums.

Thank you! Your submission has been received!
Oops! Something went wrong while submitting the form.
Last Updated
January 19, 2022 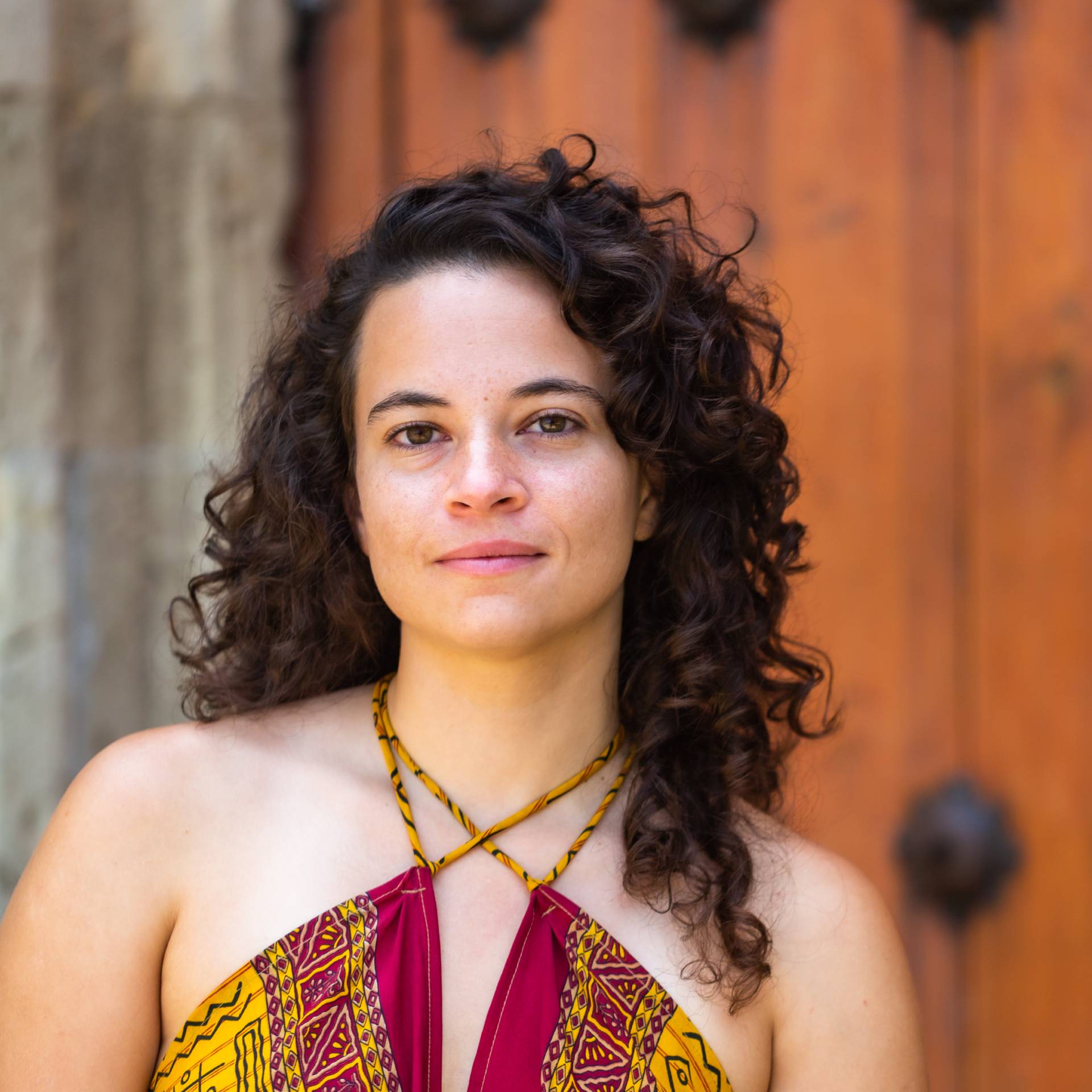 Jamie is a freelance travel journalist and photographer and full-time traveler whose writing has appeared in Condé Nast Traveler, Travel + Leisure, National Geographic, and others. She likes to take her time to get to know each destination she visits. This summer, she spent two months living in Lisbon and fueling her writing, traveling, and surfing habits with espresso and pastel de nata.