Jamaica: The Caribbean Island Where Reggae and Dancehall Were Born 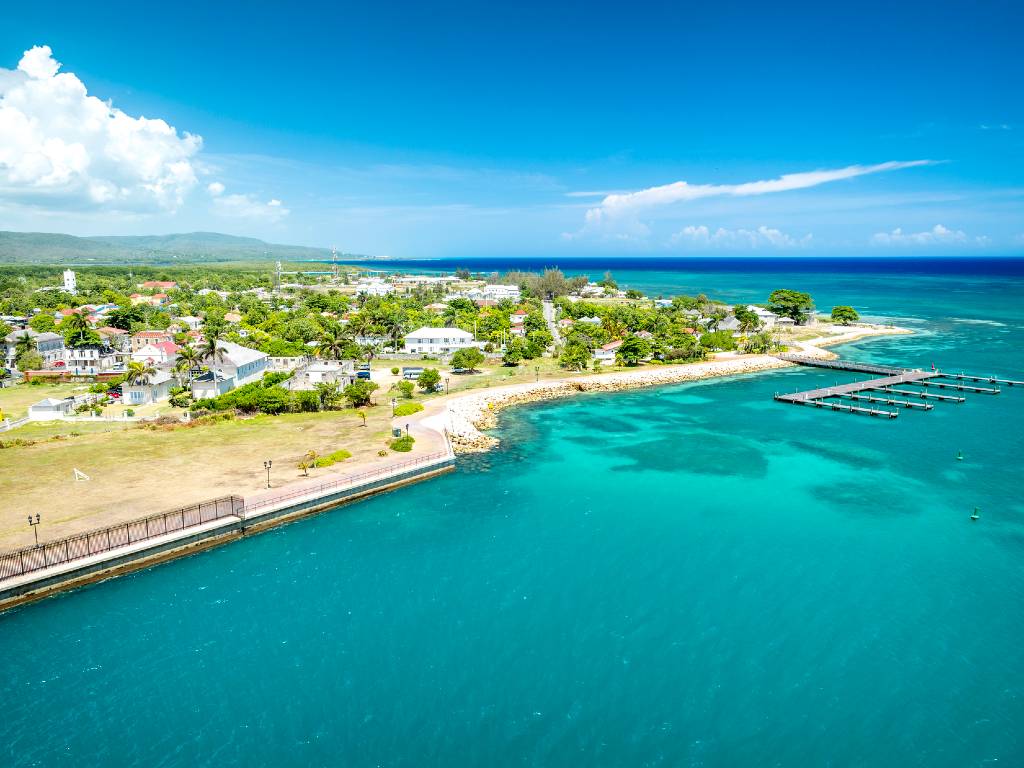 Whether it's the chilled-out bass of a dub reggae track or the languid ease of Usain Bolt proving himself again the fastest man on earth, the small island of Jamaica likes to portray itself as a country thoroughly relaxed in its own skin. And who can blame them?

Jamaica is a green jewel in the Caribbean, inviting visitors to come enjoy a sunset rum cocktail on the beach while gently suggesting that there's so much more to explore—from river rafting and hiking in the mountains to a rich urban culture that goes far beyond Bob Marley.

Walking the halls of history

Jamaica's history is something that's easily overlooked amid the 'take it easy' vibes dispensed by tourist taxi drivers, but fascinating stories are waiting to be heard by those who listen.

One of the best places to hear them is at Seville Great House, just along the coast from where Columbus first landed on the island in 1494. Here, you'll find stone artifacts from the island's original Taino inhabitants, traces of Spanish churches, English plantations, and reconstructed buildings that explore the lives of the enslaved Africans who were forced to work on them.

In the mountain villages of Charles Town and Moore Town, you can meet the Maroons, descendants of those who fled bondage and founded the settlements after beating the British army and guaranteeing their freedom. The music of their talking drums and abengs (cow horn trumpets) still speaks to the Maroons’ deep connections to their African traditions to this day.

Home of the jerk

The best Jamaican days always start with a plate of the yellow ackee fruit paired with a healthy serving of saltfish (also known as salt cod), but the most celebrated taste of the island is found at the nearest jerk pit.

Meat (usually chicken or pork) is rubbed with a dry spice mix and smoked over pimento wood to create a uniquely Caribbean barbecue. A side of roast breadfruit makes the perfect accompaniment—ideally served up in Boston Bay, jerk's spiritual home.

If meat's not your thing, there’s Ital, an increasingly fashionable vegan cuisine governed by the dietary requirements of Jamaica's Rastafari religion.

The second-oldest rum in the Caribbean

Rum, a distilled spirit made from sugar cane, has been made in the Caribbean for more than 300 years. While each Caribbean island may claim that its rum is the best in the region, it's a taste contest that we're happy to sign up for. In Jamaica, counter the hot pepper kick of jerk with a smooth sip of rum, taken straight or mixed into a cocktail.

Famous Appleton Estate Rum is the second-oldest rum producer in the Caribbean and has been distilling on the island since 1749. Tours of the distillery in the center of the island involve multiple tastings, including some rums that are only available in Jamaica. For those who prefer things a little punchier, there’s Wray & Nephew white overproof rum, but be warned: this 126 proof alcohol takes no prisoners.

From the air, Jamaica can look like a crumpled piece of green paper, but its mountains make for particularly good coffee country. In the Blue Mountains, the rainy climate, high altitude, and mineral-rich soil combine to create the perfect growing conditions for one of the most beloved blends in the world.

Blue Mountain coffee, which has been produced from a heritage arabica bean since 1728, is a rich brew almost entirely free from bitterness. A freshly-brewed cup makes the perfect start to a day on the hiking trail, especially if you’re getting up early to trek to the summit of Blue Mountain before dawn, when the clouds part and the whole Caribbean seems to be laid out beneath you.

Where Bob Marley’s legacy lives on

Few countries come with such an instantly recognizable soundtrack, or with such a charismatic unofficial brand ambassador as Bob Marley, as Jamaica. The late musician truly helped plant Jamaica and its homegrown musical style, reggae, in the global consciousness in the 1960s. The story of his rise from the humblest of roots is eloquently told at his old house on Hope Road in Kingston, now the Bob Marley Museum. Thanks in no small part to Marley, "reggae music of Jamaica" was added to UNESCO's List of the Intangible Cultural Heritage of Humanity in 2018.

Reggae isn't just a genre with a One Love past, however. The current generation of young Jamaican greats has its face set firmly in the 21st century while still paying homage to the genre's roots, with artists like Chronixx, Jah9, and Koffee leading the charge more than 60 years after Marley first stepped out from the recording studio.

If rain is good for growing coffee, it's even better for growing waterfalls. They seem to spring from the rocks almost everywhere you look in Jamaica, and fewer countries can offer swimming holes amid such an array of lush tropical surroundings.

Dunn's River Falls near Ocho Rios which tumble down a vine-strewn series of limestone terraces and interlinking pools are the country's single most popular tourist attraction, but visitors needn't restrict themselves to getting wet just here. Equally enthralling is the nearby Cool Blue Hole, the seven waterfalls of YS Falls, and the less-visited—but perhaps most beautiful of all—Reach Falls in Jamaica's Portland parish.

Dancehall and the dutty wine

Why stop at launching one world-beating music genre, when you can have two? Dancehall—reggae's swaggering street-smart cousin—originated in Jamaica in the late 1970s and has long since passed into the mainstream. Jamaican stars like Sean Paul have recorded with Beyoncé, while Barbadian superstar Rihanna's smash album Anti includes many elements of the genre.

Dancehall is best experienced at a Kingston street party. These vibrant downtown affairs are hard to beat for vibes: towering sound systems with wise-cracking DJs on the mic, the sharpest street fashions, and the most eye-watering dance moves. You might think you've mastered the twerk, but you've seen nothing until you've encountered the dutty wine, a dance inspired by the song of the same name from Kingston DJ Tony Matterhorn.

Rafting down the rivers

Some Jamaican waterways are best enjoyed without getting wet. Prime among them is the Black River Great Morass in the southeast, the country's largest freshwater wetlands. Its mangrove lagoons are one of the best places in the country for bird-watching, and are one of the few places in Jamaica where you can occasionally see nesting flamingos. But most visitors come here to take a boat tour to spot saltwater crocodiles, and if you're lucky, a manatee.

A supremely relaxing alternative is easing yourself onto a bamboo raft and allowing yourself to be gently poled down the Martha Brae or Rio Grande rivers, slowly trailing your fingers in the water with no fear of snapping crocs.

Art for the people

Jamaica’s two most popular music festivals, Rebel Salute and Reggae Sumfest, are big on vibes, but every other year (next scheduled for May 2022), the perfectly-named hamlet of Treasure Beach is home to the three-day Calabash International Literary Festival. The lively book festival on the sands attracts some of the brightest names in the literary world, from first novelists to Nobel Prize winners. First among equals is Booker Prize native son Marlon James, author of the incendiary A Brief History of Seven Killings, set in Jamaica's tumultuous 1970s.

The visual arts are equally represented, most notably in the shape of Kingston's extraordinary National Gallery of Jamaica, home to one of the best public art collections in the Caribbean.

Make a list of the world's most Instagram-friendly beaches, and you'd be hard-pressed not to include some of the 200 miles of Jamaican beaches in the running. We'd start with Negril. It's Seven Mile Beach is hardly overlooked by tourists, but watch its fiery sunsets dissolving into the sea and you'll understand why it's so popular.

From Montego Bay to Ocho Rios, the northern beaches are lined with resorts, but head out to Portland to the white crescent of Winnifred Beach, one of the country’s most gorgeous public beaches, to see Jamaicans at play. Or head to the charming Treasure Beach in the southwest, home to the Pelican Bar, built from scrap wood and sitting on stilts a short boat ride from the beach.

Of all Jamaica's extraordinary beaches, one name in particular raises an eyebrow: James Bond Beach. It's so named because it's just a couple of miles from where the writer Ian Fleming created the secret agent, stealing 007’s name from an American ornithologist, whose book on birds of the West Indies was sitting on his shelf.

Fleming's home, Goldeneye, is now one of the island’s most exclusive (and expensive) resorts. Travelers willing to spend some cash can stay in the villa where he wrote the novels, but those with more everyday budgets can find plenty of traces of 007 elsewhere. All the best Bonds have filmed here, from Sean Connery in Dr. No through Roger Moore's Caribbean romp Live and Let Die to Daniel Craig as the semi-retired spy in No Time To Die, scheduled to premiere in October 2021.

Join Scott's Cheap Flights to save up to 90% on flights to amazing destinations around the world.

Thank you! Your submission has been received!
Oops! Something went wrong while submitting the form.
Last Updated
May 5, 2021 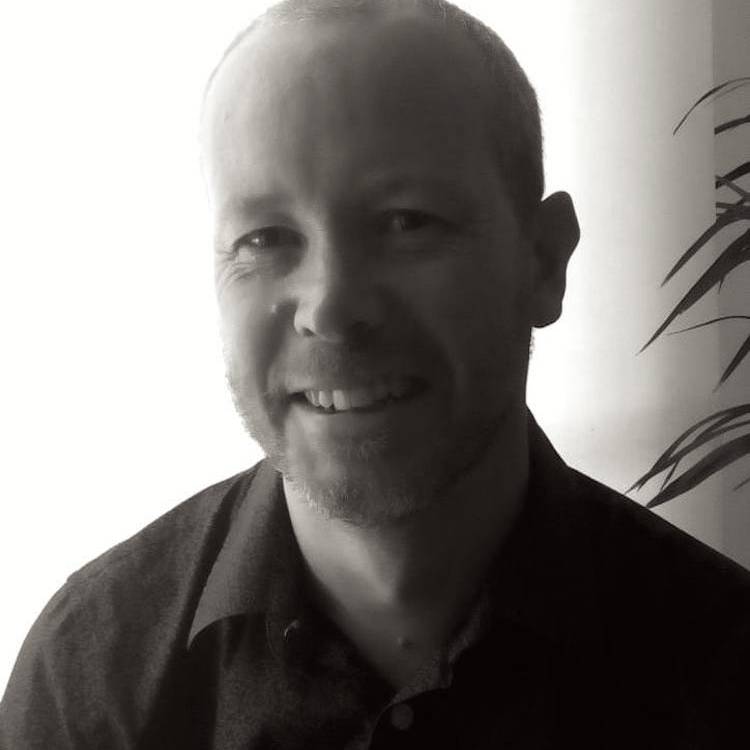 Paul is a travel writer and guidebook author based in Bristol, England. He first visited Morocco in 1994 and has been traveling there regularly ever since, including stints as a tour guide as well as co-writing five editions of Lonely Planet's guidebook to the country. He's also a regular visitor to Jamaica and has co-written three editions of Lonely Planet's Jamaica guidebook.