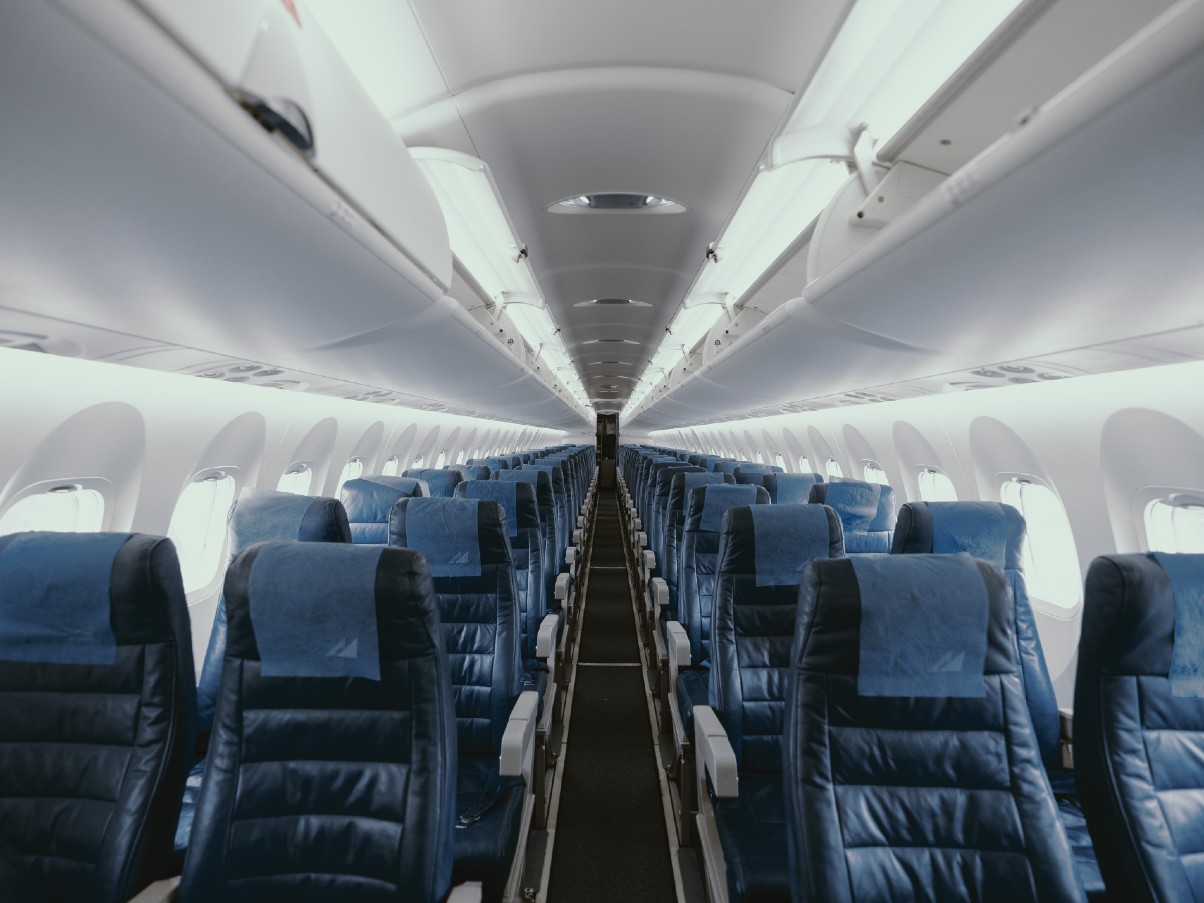 Choosing the right seat on an airplane can mean the difference between a pleasant trip and a painful one, which is why the airline seat maps on SeatGuru are so popular. The site makes it easy to see all your seat options at a glance to make sure your flight is as comfortable as possible.

What is SeatGuru? How does SeatGuru work?

SeatGuru is a TripAdvisor-owned website that catalogs and compares the seat maps of nearly 1,300 aircraft from more than 175 airlines.

Using the airlines’ seat maps, SeatGuru adds qualitative information about various seats based on factors like seat pitch, leg room, ability to recline, storage options, power ports, and proximity to lavatories. The maps are then color-coded so you can easily see which seats are considered good, bad, or standard, and which have aspects you should be aware of before you book.

Once you find cheap flights, or while you’re in the shopping stage, you can easily find the seat map for your airline and specific aircraft, compare seats, and make sure you’re choosing the right one for you.

Pros and cons of SeatGuru

On a SeatGuru aircraft seat map, you’ll see which seats are highlighted as good (green) or bad (red) and which seats have things you need to be aware of before booking (yellow). Many seats on a given aircraft will be white, meaning they’re “standard” seats that are neither good nor bad. Hovering your cursor over a seat on the map triggers a dialog box that includes more detailed information about why the seat gets a certain color—and some of the details might surprise you.

An exit row, for example, is generally considered to be good because of the additional leg room. In some cases, however, if a plane is configured with a row of seats right between two side exits, those seats won’t recline fully because there’s an exit row behind them. So, you might get lots of extra legroom, but you wouldn’t be able to recline your seat much—and on SeatGuru, that seat would be yellow to make sure travelers are aware of the limited seat recline before they chose that seat.

Even some seats in an airline’s “premium” seating section may be considered yellow or even red on SeatGuru if there’s no window or the seat doesn’t recline fully, so checking the seat map could save you the added fees of a premium ticket.

In some cases, seats will have “mixed reviews,” and be half yellow/half green or half yellow/half red. The specifics of what makes these seats “mixed” are also in the dialog box you’ll get when your cursor hovers over that seat.

To find the seat map of your next flight, you can enter the airline, travel date, and flight number (or the departure and arrival cities) on the “Seat Maps” page. More details about how to do this are below.

You can also click on the “Airlines” page to browse multiple seat maps for each airline. And, if you’re still shopping for a ticket, you can review SeatGuru’s “Comparison Charts” to quickly compare things like seat pitch and seat width.

An example search on SeatGuru

You can begin your search for an aircraft seat map right from SeatGuru’s homepage.

To find your exact seat map, start typing in the name of the airline and select the right one from the list that comes up.

Choose the date of the flight from the calendar drop-down, and then enter the flight number into the last box on the right.

With all the information entered, click the “Find” button. The flight should appear below the search box with a list of some basics (flight number, departure and arrival times, a few in-flight amenities) and a little box that says, “View map.”

Once you click the “View map” box you’ll get to the page with the aircraft’s seat map—plus a whole bunch of other information that may be good to know before you board your flight.

There’s a lot going on with the seat map pages, so here are a couple of things to pay attention to.

The seat map takes up the bulk of the middle of the page. You’ll immediately notice the color-coding of the seats, and just by dragging your cursor over the map you’ll see the information dialogs pop up over every seat. Green means “good seat,” red means “bad seat,” and yellow means “be aware.” The full key to all the symbols on the map, including the ones that don’t have information dialog boxes, is on the bottom of the menu to the right of the map.

As mentioned earlier, just because a seat is in a “premium” fare class doesn’t mean it gets a green rating from SeatGuru. In the map below, you’ll see a premium seat with a yellow rating because it “juts out into the aisle and may be bumped into by other passengers and crew.”

This premium seat, although it comes with the extra legroom you’d expect, gets rated as a “bad seat” because it’s “missing a window”—even though it’s next to two “good seats.”

You might find exactly what you need in a few seconds by looking only at a SeatGuru aircraft seat map, but there’s some other good information on every seat map page that may be useful.

At the top of the right-hand menu is an overview of the seats on the aircraft, including the seat pitch and width in each fare class.

Below that, there are sections for photos of the aircraft submitted by SeatGuru users, key information about various in-flight amenities (like meal options, power and USB ports, and entertainment), and reviews submitted by users.

The menu to the left side of the seat map includes all the aircraft in that airline’s fleet (you can expand the list by clicking “View more planes”), as well as some information about the airlines check-in procedure, baggage allowances, and policies for minors traveling alone, or anyone traveling with pets or babies.

With 175 airlines in SeatGuru’s database, chances are very good you’ll find the aircraft you’re looking for. Here are just a few of the major U.S. airlines included in the SeatGuru system.

Every airline has its own page on Seat Guru. Here are a few of the pages for major airlines:

How to use SeatGuru with Scott’s Cheap Flights

When we send you an airfare deal, we direct you to the airline to book the ticket. And while seat selection isn’t always included in the ticket price depending on the fare you book, if you do have the option to choose your seat during the booking process then SeatGuru comes in very handy.

While you’re booking your ticket, find the relevant seat map on SeatGuru for your flight and you’ll be able to cross-reference the airline’s available seats with the color-coded map on SeatGuru to find the best seat option for your trip.

Not a member? Join Scott’s Cheap Flights for free and start saving up to 90% on airfare.

SeatGuru is by far the biggest and best-known site in the aircraft seat map space, but it’s not the only one.

What happened with SeatGuru?

SeatGuru was founded in 2001 by Matthew Daimler, who started the site with a single aircraft seat map. He had been frustrated by what could be huge discrepancies between the comfort levels of seats on flights. In 2007, TripAdvisor acquired SeatGuru, and the site has won travel website awards from Travel + Leisure and the Webby Awards.

What happened to the SeatGuru app?

SeatGuru launched apps for both iOS and Android devices in 2012, bringing its color-coded seat maps to a new format that included real-time alerts for flights, too. In 2020, SeatGuru removed the app from both stores and is no longer available. The site itself is mobile-friendly, however.

How accurate is Seatguru?

Most reviews of SeatGuru rate the site highly for accuracy, although some users complain that many of the seat maps have not been updated recently due to the pandemic. The FAQ page claims updates are made daily based on user-submitted comments and feedback.

As demonstrated earlier, even seats that are usually considered good can be rated “bad” in the SeatGuru system. But here are some general hints about where to even start looking—and assuming you’re looking at economy class. Business and first class seats are almost always going to be the best seats, if money is no object.

The best seats on a plane are often exit or bulkhead rows, as these offer some of the most legroom in economy class. In an average seating row, aisle seats give passengers more of a chance to stretch their legs even if legroom is on the paltry side.

If, however, you’re more concerned with finding a comfortable upright sleeping position, window seats provide a corner in which to lean even if your seat doesn’t recline very much.

In most seating rows, the worst airplane seat is the middle seat. The middle seat of a bulkhead or exit row isn’t considered quite as bad, since there’s a little more legroom.

All of the seats in the last row on the plane are also pretty bad, since the seats rarely recline very much and they’re right next to the lavatories.

While exit row seats are often coveted for their additional legroom, seats in the rows directly in front of exit rows are not—those seats don’t typically recline very much.

Read our guide to finding the best airplane seat based on your travel needs.

More tools and tips for booking the best flight and staying comfortable on a plane:

Thank you! Your submission has been received!
Oops! Something went wrong while submitting the form.
Last Updated
October 20, 2021